by
Robert P. Murphy
My articles My booksMy videos
Follow on:
Summary:
Bob unveils a new series in which he explains and then evaluates apparent contradictions in the way free-market libertarians handle certain issues. Mentioned in the Episode and Other Links of Interest: Bastiat’s “Petition of the Candlemakers” Bob’s article on price gouging For more information, see BobMurphyShow.com. The Bob Murphy Show is also available on iTunes, Stitcher, Spotify, and via RSS. You Might Also Like Dusty Wunderlich on FinTech Financing: Entrepreneurs Helping Entrepreneurs Key Takeaways and Actionable Insights. Consider these findings from a 2017 report from the G20 Global Partnership For Financial Inclusion, titled Alternative Data: Transforming SME Finance. Police

Patrick Barron writes Germany Can Save Itself, and Possibly the World, by Abandoning Four Failed Policies

Bob unveils a new series in which he explains and then evaluates apparent contradictions in the way free-market libertarians handle certain issues.

Mentioned in the Episode and Other Links of Interest:

For more information, see BobMurphyShow.com. The Bob Murphy Show is also available on iTunes, Stitcher, Spotify, and via RSS.

Police Are Complicit in Politicians’ Disregard for the Rule of Law

People of a certain age might remember the old John Birch Society slogan “Support your local police!” The idea here is that your local policeman is a liberty-loving buddy of yours who would only ever support just laws and constitutional mandates. Only those bad guys in the FBI or BATF would ever consider violating your rights.

Why Congressional “Oversight” of the Bureaucracy Is No Such Thing

I have long been fascinated by both public policy and the interesting crooks, crannies, and oddities found in the English language. Recently, I came across one such tidbit which connected both of those interests. Hugh Rawson, in “Janus Words—Two-faced English” on the Cambridge Dictionary blog, was discussing a number of English words that are sometimes called Janus words, after the Roman god depicted with two faces pointing in opposite directions, because they have opposite meanings within themselves (e.g., cleave, hew, sanction, scan, peruse).

The Death Wish of the Anarcho-Communists

[This article first appeared in the Libertarian Forum, January 1, 1970.]
Now that the New Left has abandoned its earlier loose, flexible non-ideological stance, two ideologies have been adopted as guiding theoretical positions by New Leftists: Marxism-Stalinism, and anarcho-communism.
Marxism-Stalinism has unfortunately conquered SDS, but anarcho-communism has attracted many leftists who are looking for a way out of the bureaucratic and statist tyranny that has marked the Stalinist road.
And many libertarians, who are looking for forms of action and for allies in such actions, have become attracted by an anarchist creed which seemingly exalts the voluntary way and calls for the abolition of the coercive State.
It is fatal, however, to abandon and lose sight of one’s own principles in the 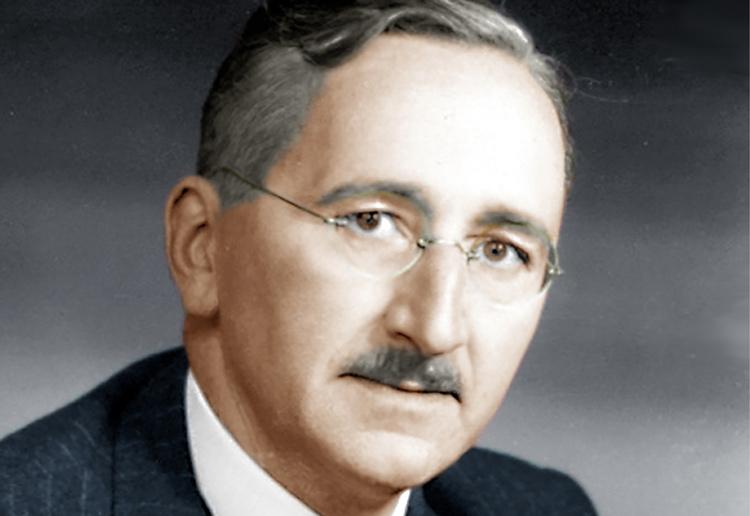 The most famous Austrian economist is 1974 Nobel laureate Friedrich Hayek. Because of his moderate views excusing state interventions in various circumstances, hardcore Rothbardians tend to regard Hayek as less than pure in many areas.

My articlesMy books
Follow on:
Previous Next Up: Global Depression
Next EM Preview for the Week Ahead

Next Up: Global Depression