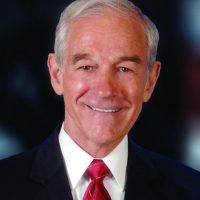 Dr. Ron Paul is a former member of Congress and Distinguished Counselor to the Mises Institute.

How Much Did the US Government Pressure Twitter to Ban Alex Berenson? 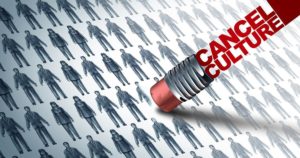 Nearly a year ago, former New York Times Journalist Alex Berenson was permanently banned from Twitter for writing the following lines about the Covid shot: “It doesn’t stop infection. Or transmission. Don’t think of it as a vaccine. Think of it—at best—as a therapeutic with a limited window of efficacy and terrible side effect profile that must be dosed IN ADVANCE OF ILLNESS. And we want to mandate it? Insanity.”
From the beginning of the Covid hysteria, we followed and cited Berenson many times on the Ron Paul Liberty Report. Berenson took government and mainstream media rhetoric about the pandemic the way journalists used to take it: with a heavy dose of skepticism. And not long after he was banned for saying so, even the CDC Director admitted what he wrote is

END_OF_DOCUMENT_TOKEN_TO_BE_REPLACED

Foreign Policy Fail: Biden’s Sanctions are a Windfall For Russia! 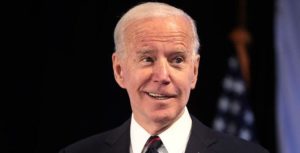 It’s easy to see why, according to a new Harris poll, 71 percent of Americans said they do not want Joe Biden to run for re-election. As Americans face record gas prices and the highest inflation in 40 years, President Biden admits he could not care less. His Administration is committed to fight a proxy war with Russia through Ukraine and Americans just need to suck it up.
Last week a New York Times reporter asked Biden how long he expects Americans to pay record gasoline prices over his Administration’s Ukraine policy. “As long as it takes,” replied the president without hesitation.
“Russia cannot defeat Ukraine,” added Biden as justification for his Administration’s pro-pain policy toward Americans. The president has repeatedly tried to deflect blame for the

END_OF_DOCUMENT_TOKEN_TO_BE_REPLACED

Respect the Fed? No, End the Fed 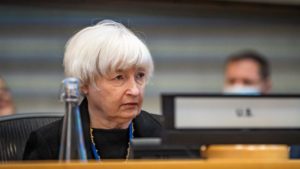 President Joe Biden has unveiled a three-part plan to fight inflation — or at least make people think he is fighting inflation. One part of the plan involves having government agencies “fix” the supply chain problems that have led to shortages of numerous products. Of course, any attempt by the government to solve the supply chain problems (which were caused by prior government interventions such as shutting down the economy for over a year) will not just fail to solve the supply shortages but will create new problems.
Deficit reduction is another part of Biden’s anti-inflation plan. However, Biden is not proposing cutting welfare or warfare spending. Instead, his deficit reduction plan consists of “tax reforms to increase revenue,” which is DC-speak for tax

END_OF_DOCUMENT_TOKEN_TO_BE_REPLACED

Taking Back Our Liberty in 2022 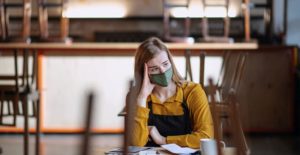 For those of us who value liberty, these past two years have been a bad dream. It seems like we fell asleep in early 2020 and woke up in 1984! They said that if we just put on a mask and stayed home for two weeks, we’d be able to return to normal. The two weeks came and went and instead of going back to normal they added more restrictions. These past two years have been a story of moving goalposts and “experts” like Anthony Fauci constantly contradicting themselves.
Early on, in April 2020, I warned in an article titled “Next in Coronavirus Tyranny: Forced Vaccinations and ‘Digital Certificates,’” that the ultimate goal of the “two weeks” crowd was to force vaccines and a “vaccine passport” on Americans.
My concerns were at the time written off as just another

END_OF_DOCUMENT_TOKEN_TO_BE_REPLACED

Fauci on Your Phone?

If the Senate follows the House of Representatives’s lead and passes the Immunization Infrastructure Modernization Act (HR 550), Americans who do not get the recommended number of covid vaccines can look forward to receiving a text like this: “This is Dr. Anthony Fauci. According to government records you have not yet received your monthly covid booster shot. Until you prove you are following vaccine protocols, your vaccine passport will be revoked, resulting in loss of your privilege to work, worship, and visit your family.”
According to the bill’s chief sponsor, New Hampshire Representative Ann Kuster, HR 550 will “bolster and quicken our nationwide vaccine rollout” by “improv[ing] and expand[ing] information-sharing between state and federal governments, as

END_OF_DOCUMENT_TOKEN_TO_BE_REPLACED

The Secret Ronald Reagan Told Me about Gold and Great Nations 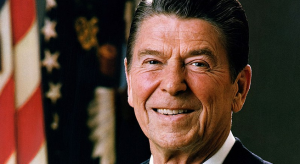 Today [August 15] marks 50 years since President Richard Nixon closed the “gold window,” ending the ability of foreign governments to exchange United States dollars for gold. Nixon’s action severed the last link between the dollar and gold, giving the U.S. a fiat currency.
America’s experiment with fiat has led to an explosion of consumer, business, and—especially—government debt. It has also caused increasing economic inequality, a boom-bubble-bust business cycle, and a continued erosion of the dollar’s value.
Nixon’s closure of the gold window motivated me to run for office. Having read the works of the leading Austrian economists, such as Ludwig von Mises and Murray Rothbard, I understood the dangers of abandoning gold for a fiat currency and wanted a platform

END_OF_DOCUMENT_TOKEN_TO_BE_REPLACED

No, Conservatives Should Not Embrace MMT

Reading Jonathan Culbreath’s “Modern Monetary Theory for Conservatives” one can’t help but think of Murray Rothbard’s quip that “it is not a crime to be ignorant of economics … but it is totally irresponsible to have a loud and vociferous opinion on economic subjects while remaining in this state of ignorance.“
Culbreath’s case for modern monetary theory (MMT) rests on an ignorance of basic economic principles regarding the role of money in a free market economy. Money—whether precious metals, fiat currency, crypto, or some other good—is more than the unit of account that makes exchange possible. Money is also a key part of the equation of the price system, which allows market participants to discover the highest use of goods and services as determined by the