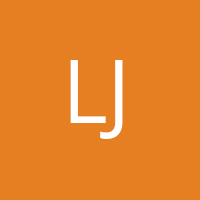 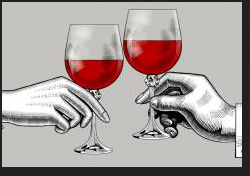 For seventy-plus years, the case of Franklin Delano Roosevelt has vexed people of a libertarian bent. His policies, extending war socialism based on Mussolini’s economic structure, expanded the American state to an unthinkable extent and prolonged the Great Depression through the horrific World War II.
Normalcy did not return until after his wartime controls were repealed and the budget was cut. Lasting economic recovery began in 1948.
And the guy who made all that happen is a hero? His picture is on the (depreciated) dime.
Libraries of books have appeared about his presidency, most celebrating his cockamamie schemes, and this is the example that has inspired the whole of American political culture. Everyone tries to be like him, and the way they try to be like

END_OF_DOCUMENT_TOKEN_TO_BE_REPLACED

Down with the Presidency 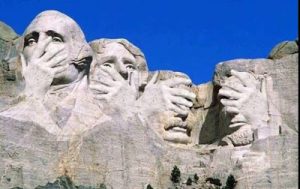 The modern institution of the presidency is the primary political evil Americans face, and the cause of nearly all our woes. It squanders the national wealth and starts unjust wars against foreign peoples that have never done us any harm. It wrecks our families, tramples on our rights, invades our communities, and spies on our bank accounts. It skews the culture toward decadence and trash. It tells lie after lie. Teachers used to tell school kids that anyone can be president. This is like saying anyone can go to Hell. It’s not an inspiration; it’s a threat.
The presidency—by which I mean the executive State—is the sum total of American tyranny. The other branches of government, including the presidentially appointed Supreme Court, are mere adjuncts. The presidency

END_OF_DOCUMENT_TOKEN_TO_BE_REPLACED

[unable to retrieve full-text content]We all want freedom for ourselves, but many people have doubts about the way others might use their own freedom. Under these conditions, the state is there to help. Get enough people to favor enough restriction, and the state is good to go, administering every aspect of life from its smallest to its largest detail.

END_OF_DOCUMENT_TOKEN_TO_BE_REPLACED

What Would Murray Say About the Coronavirus? 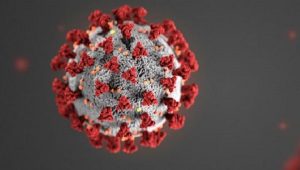 Murray Rothbard died in January 1995, long before this year’s coronavirus scare. But the principles this great thinker taught us can help us answer questions about the coronavirus outbreak which trouble many of us. Would the US government be justified in imposing massive involuntary quarantines in order to slow down the spread of disease? What about vaccines? If government scientists claim that they have discovered a vaccine for the coronavirus, should we take it? If we refuse, can the government force us to do so? These are the sort of problems we can solve if we look to Murray for help.
The fundamental rule for deciding whether anyone, including the government, is justified in using force to make us do something we don’t want to do is the nonaggression principle