Home / SNB & CHF / Week Ahead: Focus Shifts away from the US after Robust Jobs Data and Stronger than Expected Inflation

Week Ahead: Focus Shifts away from the US after Robust Jobs Data and Stronger than Expected Inflation

by
Marc Chandler
My articles My siteAbout meMy booksMy videos
Follow on:TwitterLinkedIN
Seeking Alpha
Summary:
The latest US employment and inflation figures are passed. The market is confident of a 75 bp rate hike next month. While a 50 bp in December is still the odds-on favorite, the market has a slight chance (~15%) of a 100 bp move instead after the robust jobs report and stronger-than-expected September CPI. The implied yield of the December Fed funds futures has ground higher for 12 consecutive sessions to about 4.23%. After two straight quarters of contraction, the US economy looks poised to have expanded at a 2.5%-3.0% annualized clip in Q3.  A couple of reports will help economists fine-tune their forecasts, including September industrial production and housing starts. The Empire State and Philadelphia Fed surveys are for October. They may be interesting, but it 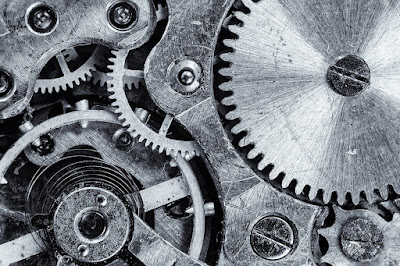 The latest US employment and inflation figures are passed. The market is confident of a 75 bp rate hike next month. While a 50 bp in December is still the odds-on favorite, the market has a slight chance (~15%) of a 100 bp move instead after the robust jobs report and stronger-than-expected September CPI. The implied yield of the December Fed funds futures has ground higher for 12 consecutive sessions to about 4.23%. After two straight quarters of contraction, the US economy looks poised to have expanded at a 2.5%-3.0% annualized clip in Q3.

A couple of reports will help economists fine-tune their forecasts, including September industrial production and housing starts. The Empire State and Philadelphia Fed surveys are for October. They may be interesting, but it is too early to be of much importance for Q4. The Beige Book, prepared for next month's FOMC meeting, has little impact outside the headlines. The Treasury's International Capital report on portfolio flows is of more interest to economists than market participants. That said, through July, the US experienced net portfolio capital inflows of almost $915 bln, a 26.5% increase year-over-year. However, the current account deficit in H1 rose by nearly a third to $1.925 trillion.

China will be center stage. The long-anticipated 20th National Congress will be held. President Xi's break from Deng Xiaoping's political and economic reforms will be advanced as he lays the groundwork for a third five-year term. Those reforms included term limits and the rotation from princelings (whose fathers were part of the 1949 revolution) and the Communist Youth League (an avenue for less connected but ambitious people). Xi cracked down on the Communist Youth League, where Premier Li arose. Li, unlike Xi, will not have another term.

Xi's role as Secretary General of the Chinese Communist Party and the Chair of the Central Military Commission is widely expected to be confirmed this week. This is not the forum where state offices, like the president and premier, will be announced. That typically takes place at the annual government gathering (March?). The critical task of the Congress's 2300 delegates is to select a new central committee. The committee selects the Politburo (now 25 members) and its standing committee (seven members). Premier Li could remain a member of the standing committee, which, according to some accounts, is the ember of Chinese reform, but most members of the standing committee are expected to be replaced. This is seen as one of the channels through which Xi will consolidate his power.

Once tradition is cast aside, as Trump recently illustrated, anything is possible. Typically, the premiers serve first as vice premiers. There are four, including the only woman in the Politburo. The choice is understood to be Xi's, and he may not be constrained by the "way things have been done." His choice will be scrutinized for signals about continuity, change, and loyalty. Vice Premier Liu He, for example, is a member of the Politburo and led the Chinese trade talks with the US. However, he is not a member of the standing committee, but he appears to have Xi's confidence and trust and is seen as a potential candidate for premier.  Vice Premier Han Zheng is a standing committee member and is seen as a favorite to be the next premier. It seems several years too early to begin thinking about Xi's successor.

While China's 20th Party Congress will provide grist for the media and op-ed writers, the markets will remain focused on the economy. China will be the first large country to report Q3 GDP. Recall that the world's second-largest economy contracted by 2.6% in Q2, quarter-over-quarter. It is expected to have returned to growth in Q3, and expectations are for a 3.0%-3.5% quarterly pace. An important caveat, however, is that rather than high-profile lockdowns, China has begun implementing more quietly small lockdowns and restrictions. Still, rather than expanding around 5.5% as Beijing initially aimed for, the Covid lockdowns and other disruptions mean this is nearly impossible. As a result, private economists, the IMF, and the OECD anticipate that this year's growth will be closer to 3.2%-3.3%. Next year is expected to be different, with growth rebounding to 5%.

China will also report some September data. Strong September lending figures and the lifting of some Covid-related lockdowns are consistent economists expected a little better industrial output and retail sales figures. However, the property market remains under strain, and the cajoling by officials has yet to yield the desired results. As a result, the year-over-year contraction in activity may be little changed from August's 7.4% fall. The last month that did not see further slowing was February 2021. Sales of commercial buildings appeared to bottom in May, falling 34.5% year-over-year. It was off 30.3% in August, which was the least since March. Meanwhile, the price of newly constructed residential buildings has fallen every month since last September.

Despite China's large trade surplus, the question is not so much why the yuan has not fallen further. Given the weakness in Chinese equities, and made less attractive, arguably, by US sanctions and trade restrictions, and a 10-year bond that yields 130+ bp less than the US (at the start of the year, China offered 125 bp premium) the yuan's 11.6% decline looks relatively modest.

The PBOC has taken several steps to minimize the decline without reversing it. It has raised the reserve requirement on foreign currency deposits, making them less attractive. Officials have also levied margin requirements on short yuan forward positions. In addition, the PBOC has routinely set the dollar's reference rate below market projections, and the greenback is allowed to move only 2% from it. In recent days, the fix has been stabilized between about CNY7.10-CNY7.11.

When the PBOC seemed to be preventing sharper appreciation of the yuan, it was accused of manipulating the market (formally so by the US Treasury before retracting it). Part of the claim was the one-way efforts. However, given the numerous steps that have been taken to slow the yuan's decline (despite the claims of export advantage stoked by a weaker currency), it lends more credibility to China's claim that it seeks stability.   It is easy to forget that when the US and Europe had China's per capita GDP, fixed exchange rates and limited capital movement was consistent with robust growth. When it did not suit them anymore, Bretton Woods collapsed, and floating (i.e., volatile) exchange rates and high capital mobility became not just legal but virtuous.

The Bank of Japan intervened in the foreign exchange market. The PBOC threatened to do the same. The Bank of England has bought long-dated Gilts, not for QE purposes but to deter systemic risks. Europe is not happy with energy prices. The EU is expected to propose legislation next week to create a facility for joint gas purchases to minimize the competition among EU members, which leads to higher prices. There may also be interest in establishing a new benchmark that could dampen volatility too. Still, there is a push from several countries, including Belgium, Italy, Poland, and Greece, to devise a way to temporarily cap gas prices and decouple gas and electricity prices.

Next week's debate will pave the ground for the EU Council (heads of state) meeting the following week. One risk is that a gas cap artificially depresses the price by definition, which in turn, could boost demand. Yet, conservation and reducing energy consumption need to play an integral role for a number of reasons, and lower prices may work in the other direction. Gas demand has fallen by about 10%, according to some estimates. The goal is 15%, which is not linear, in that, like losing weight, the closer you get to your goal, the harder it gets.

The beleaguered UK government may dilute its controversial fiscal plans a bit more. Many called the dropping of the marginal tax rate cut on the highest earners a U-turn, but we suggested it was a tactical retreat of less than 5% of the fiscal initiative that allowed the rest to be maintained. However, it looks like, under pressure, Prime Minister Truss will ditch plans not to implement Johnson/Sunak's corporate tax increase. Chancellor Kwarteng estimated that not hiking the corporate tax rate (to 25% from 19%) would cost GBP67.5 bln over the next five years (or more than GBP13 bln a year).  Ahead of the weekend, Prime Minister Truss fired Kwarteng.  His replacement, former foreign minister Jeremy Hunt will be the fourth Chancellor in as many months.

The Bank of England's emergency bond-buying program ended. Instead, the new "Temporary Expanded Collateral Repo" facility will offer a backstop until November 10, after Kwarteng's fiscal message on October 31. After jumping above 5% in the middle of last week, for the first time since the September 28 meltdown, the yield on the 30-year bond finished last week near 4.50%. The low since the mini-budget/BOE response was slightly above 3.60%. It had finished August above 3% for the first time since 2014.

These larger issues will be more critical than the CPI, due October 19. The year-over-year rate is expected to be steady at 9.9%. The Bank of England next meets on November 3, and the swaps market anticipates at least a 100 bp hike. Japan reports its national CPI early on October 21. The headline rate may have slipped slightly from the 3.0% year-over-year rate in August, but the core measure, which excludes fresh food, may surpass the headline rate. Excluding fresh food and energy, the median forecast in Bloomberg's survey projects 1.8%, up from 1.6%. The BOJ will not change policy any time soon, and it has the IMF's blessings, even if others are more critical.

Canada reports September CPI on October 19, a few hours after the UK's report. The Bank of Canada has already put the market on notice that it is work is not done, and forceful action is still needed as the demand continues to outstrip supply. Bank of Canada Governor Macklem noted recently that wage growth was broadening. The third consecutive monthly decline in Canada's headline CPI will not change this assessment. The core rates (common, median, and trim) remained elevated at an average of 5.2% in August. The Bank of Canada meets on October 26. Over the past week-and-a-half, the swaps market has swung from having doubts about a 50 bp hike to pricing in roughly an 85% chance of a 75 bp hike.

He has been covering the global capital markets in one fashion or another for more than 30 years, working at economic consulting firms and global investment banks. After 14 years as the global head of currency strategy for Brown Brothers Harriman, Chandler joined Bannockburn Global Forex, as a managing partner and chief markets strategist as of October 1, 2018.
My articlesMy siteAbout meMy books
Follow on:TwitterLinkedINSeeking Alpha
Previous Interview with Jakub Bożydar Wiśniewski
Next Blockchain.com wird russische Crypto-Konten blocken