by
Marc Chandler
My articles My siteMy booksMy videosAbout me
Follow on:TwitterLinkedIN
Seeking Alpha
Summary:
Swiss Franc The Euro has risen by 0.22% to 1.0824 . FX Rates Overview: The prospects of a UK-EU deal and US stimulus continue to underwrite risk appetites and weigh on the dollar. Equity markets are moving higher. Led by Australia and China, the MSCI Asia Pacific Index rose to new record highs, while Dow Jones Stoxx 600 in Europe is at its best level since February. US shares are also trading higher. Bond markets are quiet, with European yields paring yesterday’s gains while the US 10-year benchmark is hovering around 0.92%. The dollar has lurched lower against nearly all the world currencies today. The Norwegian krone is aided by a central bank suggesting it could be among the first major central banks to begin normalizing monetary policy (not until H1 22).

For the second month in a row, Australia reported employment data considerably better than economists forecast. It created more than double the 40k jobs the Bloomberg median forecast anticipated, and the October surge pushed even higher to 180.4k (from 178.8k).  Nearly all the new jobs were full-time positions (84.2k). While the participation rate increase to 66.1% from 65.8%, the unemployment rate eased to 6.8% from 7.0%. Last November, the participation rate was 65.9%.

China avoided being cited as a currency manipulator by the US Treasury Department, but it remains on its watch list. It renewed its call for greater transparency. It noted as many observers have that its large current account surplus, relatively steady yuan, and a small increase in reserves does not add up.  It notes that large banks are short yuan. No one has argued that the yuan is free-floating. It is not fully convertible. Several other areas are problematic, including the rising errors and commissions catch-all category.

MSCI announced that, like the other benchmark providers, it too was going to drop companies cited by the US as tied to the Chinese military.  MSCI will drop seven companies in early January.  S&P Dow Jones is dropping eight companies, and FTSE Russell is dropping 8.  A further adjustment could be necessary, as the subsidiaries and affiliates of the 35 companies cited by the US were not excluded on this first cut.  MSCI estimated that 0.04% of its global benchmark and 0.25% of its emerging market index are impacted.  After surveying 100 fund managers, MSCI concluded that reversing the decision will not a top priority for the Biden administration.

With the US Treasury keeping Japan on its fx watch list as well, Japanese officials may be quieter as the dollar is poised to break below JPY103 than they were a month ago when the dollar was slipping through JPY104. The greenback has not been above JPY103.60 in Asia and is testing JPY103 in the European morning.  This is a new nine-month low for the dollar, which hit JPY101.20 in the March chaos.  The Australian dollar jumped above $0.7600 and is at a new 18-month high near $0.7640.  The next chart point is around $0.7675.  It is the fourth consecutive gain for the Aussie.  Barring a dramatic reversal tomorrow, it will be the seventh straight weekly advance that began near $0.7000 at the end of October.   The PBOC’s reference rate for the dollar was CNY6.5362, spot on the Bloomberg bank survey’s median forecast.  The yuan is flat on the day.  Against the offshore yuan, the dollar traded to CNH6.50 before returning to yesterday’s settlement level (~CNH6.5125).

The euro pushed to nearly $1.2245 in late Asia turnover and has stabilized in the European morning.  An option for 2.2 bln euros expires tomorrow at $1.2250.  Support now is seen in the $1.2180-$1.2200 area.  Sterling is trading higher against the dollar for the fourth consecutive session and is approaching $1.36.  It finished last week near $1.3225. Partly, this reflects the weak dollar environment, but sterling is also recovering against the euro.  The euro is slipping below GBP0.9000 after hitting GBP0.9230 at the end of last week.  Important support is seen near GBP0.8980, which houses the lows from earlier this month and the 200-day moving average.  A convincing break could target GBP0.8900.

The Federal Reserve said little new and did nothing.  What it did say was important, though. It linked its future bond purchases to “substantial” progress toward its targets.  The median forecast of the members for growth was ratcheted up and unemployment down.  In September, four officials saw a hike in 2023 as likely being appropriate, and now five do.  The extension of the dollar swaps and repo facility for foreign central banks is simply prudent and predictable, even if the former is a shadow of its former self. The latter does not appear to have been used.  The markets wobbled initially; maybe disappointment in some quarters that the pace and composition of its bond purchases were unchanged, but it quickly found its footing.  Stocks firmed into the close, and the long-end yields pulled back.

Treasury issued its long-overdue report on the international economy and the foreign exchange market.  It cited Switzerland and Vietnam as currency manipulators and added India, Thailand, and Taiwan to the watch-list.  The watch-list also includes China, Japan, South Korea, Germany, Italy, Singapore, and Malaysia.  It is the first time since China was cited last year (and reversed quickly after signing the Phase 1 trade deal), which itself was the first time since 1994 that one or more countries were cited as manipulators.   It was a mechanistic exercise.  There are three criteria, bilateral imbalance with the US, large global imbalance, and repeated intervention on one side of the market.  It makes no difference if a currency is overvalued, as is the Swiss franc or is too small and too poor, like Vietnam.  The currency manipulators are to enter into talks with the US.  Treasury Secretary Mnuchin will not be there.   When Mnuchin took office, there was a coherent dollar policy.  Since 1995, the US refrained from talking the dollar down.  Rubin’s strong dollar policy stuck more or less.  For the most part, other large countries refrained from doing the same.  It was an arms control agreement of sorts.  China’s behavior complicated matters, but the dollar policy is in disrepair.

The US dollar is trading heavily against the Canadian dollar near CAD1.2700.  The 2.5-year low was set a couple of days ago, a little below CAD1.2680.  The price action has been chopped and has seen intraday upticks extent to almost CAD1.2800.  Note that today’s high of CAD1.2750 matches the strike of a $1.1 bln option that expires today.  The greenback tested the MXN20.25 level earlier this week.  That may have been the bounce that some had looked for.  A four-day dollar bounce ended Tuesday, and today it is offered for the third consecutive session.   It is trading near MXN19.75, and the low seen last week was near MXN19.70.  A break of that targets the MXN19.50 area. 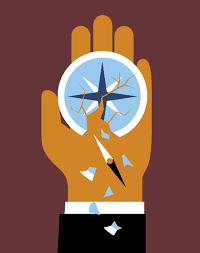 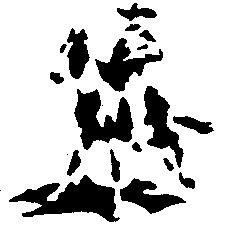 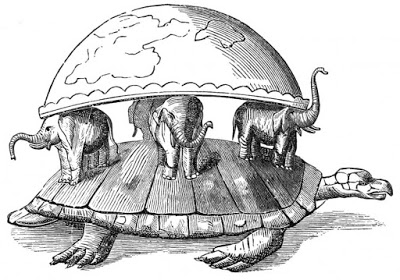 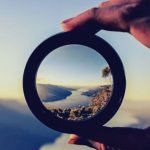 He has been covering the global capital markets in one fashion or another for more than 30 years, working at economic consulting firms and global investment banks. After 14 years as the global head of currency strategy for Brown Brothers Harriman, Chandler joined Bannockburn Global Forex, as a managing partner and chief markets strategist as of October 1, 2018.
My articlesMy siteMy booksAbout me
Follow on:TwitterLinkedINSeeking Alpha
Previous Large government budget deficit in 2021 for Switzerland
Next Swiss Trade Balance November 2020: exports are on the rise