by
Marc Chandler
My articles My siteMy booksAbout me
Follow on:TwitterLinkedIN
Seeking Alpha
Summary:
Swiss Franc The Euro has risen by 0.63% to 1.0667 EUR/CHF and USD/CHF, May 27(see more posts on EUR/CHF, USD/CHF, ) Source: markets.ft.com - Click to enlarge FX Rates Overview: The S&P 500 gapped higher yesterday, above the recent ceiling and above the 200-day moving average for the first time since early March. The momentum faltered, and it finished below the opening level and near session lows. The spill-over into today’s activity has been minor. The heightened tensions weighed on China and Hong Kong markets, but Japan, South Korea, Taiwan, and Indian equity markets rose. Europe’s Dow Jones Stoxx 600 is higher for the third consecutive session, the longest streak this month. US shares are also trading higher, and the S&P 500 looks poised to rechallenge

President Trump is threatening “very interesting” action against China by the end of the week. Apparently, under consideration are a new set of sanctions against officials, businesses, and financial firms over the effort to crack down on dissent in Hong Kong. There are actions the  US could take, including limiting transactions and freezing assets.  The US could suspend Hong Kong’s special trade privileges, but this seems potentially too disruptive for US companies and would punish Hong Kong more than China.   Meanwhile, demonstrations and conflict with police have escalated in Hong Kong.

Separately, China reported a 4.3% decline in April industrial profits, almost a third of the decline that the median forecasts in the Bloomberg survey anticipated and what seems like an improvement after the nearly 35% decline in Q1. However, the performance of the state-owned enterprises suggests a more complicated picture. Profits in this sector fell 46% in the January to April period, a little worse than the 45.5% decline reported in Q1.

Nevertheless, with the latest reserve requirement cuts for large banks, and additional efforts for small and medium businesses, and signs of more fiscal support coming from the National People’s Congress, China is stepping up economic and financial efforts. At the same time, Japan’s cabinet has approved a JPY117 trillion supplemental budget with JPY72.7 trillion of fiscal outlays. South Korea is expected to deliver another 25 bp rate cut tomorrow (bringing the seven-day repo rate to 50 bp).

The European Commission appears to be combining the German-French proposal with the other proposal by Austria, Sweden, Denmark, and the Netherlands to advance a 750 bln euro fiscal support effort. It would include 500 bln euro in grants and 250 bln euros in loans. It seems a popular meme to see an EU bond as a step toward the mutualization of debt and a fiscal union. This seems exaggerated. There are already common obligations, such as bonds issued by the European Stabilization Mechanism and the European Investment Bank. The EU itself has issued bonds in the past.

ECB President Lagarde is laying the foundation for an increase in the central bank’s Pandemic Emergency Purchase Program next week. She cautioned today that the more mild scenario that had been considered was out of date and that the more likely scenario is the one that anticipates an 8-12% contraction this year. The internal debate seems to be over relaxing more of the self-imposed limits. The capital key has already been diluted for PEPP, and the issue limit of 1/3 has also been waved. There does not seem to be much interest in taking rates deeper into negative territory.

There has been much discussion of the Bank of England adopting negative rates. We have understood officials to be keeping that option on the table, which may help lower UK rates, such as last week’s 3-year Gilt auction that resulted in a negative yield. However, it does not seem to be imminent. More likely, the Bank of England will increase its bond purchases when it meets on June 18. The BOE’s chief economist, Haldane’s comments, were consistent with the idea that other policy options will be explored before negative rates.

The US reports the May Richmond Fed survey and the Fed’s Beige Book for ahead of next month’s FOMC meeting. Nearly every survey (diffusion indices and sentiment surveys) have shown some moderation in the weakness since in April. The improvement has also mostly been better than expected. And yesterday’s it was reported that April new home sales, which were forecast to have imploded by nearly a quarter, eked out a small (0.6%) gain. Yes, there is little doubt that the world’s biggest economy has suffered a large hit in this quarter, but the data suggests ideas of a Q3 recovered may not be misplaced. Other data, including traffic patterns, are also pointing to a slight pick up in activity as the lockdowns ease. Canada and Mexico’s calendars are light today. Banxico issues its inflation report today, and coupled with the strength of the peso may spur speculation of another 50 bp rate cut at its next meeting.

Although Fed officials have played down the likelihood of negative rate policy in the US and the fed funds futures curve is not implying negative rates, the central bank may not be done. There is more virtual ink being devoted to the possibility of yield curve control, where the Fed would not target a certain amount of Treasuries to be bought, as it is now ($5 bln a day down from $75 bln a day at the peak) but to target another rate. The Bank of Japan targets the 10-year yield, and the Reserve Bank of Australia targets the three-year yield. If the Fed adopts such a tool, it would more likely target a short or intermediate coupon such as something between a two- and five-year maturity. It would help steepen the curve and send a signal that rates will remain low for some time.

The Canadian dollar joined the Australian dollar in breaking out of its recent range. The US dollar fell below the lower end of its two-month range against the Canadian dollar near CAD1.3850 yesterday. The losses are being extended today. The break of CAD1.38 is important from a technical perspective as it coincided with the halfway mark of this year’s range. The next retracement objective is near CAD1.3600. More immediately, a bid in the European morning was found near CAD1.3730. The old support near CAD1.38 now offers resistance. The greenback is also pushing below the halfway mark of this year’s range against the Mexican peso (~MXN22.15). A break of MXN22 would set the sights on the MXN21.00-MXN21.10 area. Mexico is reporting a record increase in virus cases and related fatalities. The peso’s strength largely reflects the broader risk-on mood. 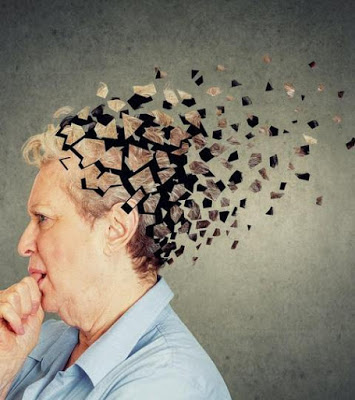 The US employment report on the first Friday of December usually marks the unofficial end of the year. The desks are often lighter and dealers are loath to jeopardize the year’s bonuses in thin and often erratic markets.  This year is an exception.  Next week features the first ECB meeting with Lagarde at the helm and the final FOMC meeting of the year. 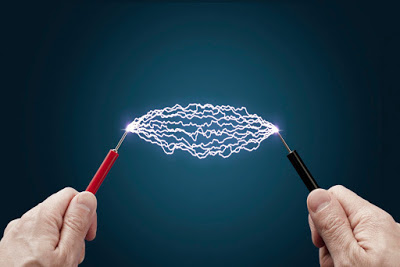 Overview: New two and a half month highs in the S&P 500 yesterday failed to have much sway in the Asia Pacific region and Europe today as US-China tensions escalate and profit-taking set in. Perhaps it is a bit of "buy the rumor sell the fact" type of activity on the back of upticks in the preliminary PMI reading and hesitancy about pushing for what appeared to be breakouts.

He has been covering the global capital markets in one fashion or another for more than 30 years, working at economic consulting firms and global investment banks. After 14 years as the global head of currency strategy for Brown Brothers Harriman, Chandler joined Bannockburn Global Forex, as a managing partner and chief markets strategist as of October 1, 2018.
My articlesMy siteMy booksAbout me
Follow on:TwitterLinkedINSeeking Alpha
Previous Re-Opening the Economy Won’t Fix What’s Broken
Next How We Might Respond to a Panedemic Were Society Not So Dominated by the State