Home / SNB & CHF / Downside Risks to the US Employment Report?

Downside Risks to the US Employment Report?

by
Marc Chandler
My articles My siteAbout meMy booksMy videos
Follow on:TwitterLinkedIN
Seeking Alpha
Summary:
Overview: The US dollar enjoys a firmer bias against the major currencies ahead of the July employment data. Emerging market currencies are mixed. Asian currencies are generally firm while central Europe is a bit softer. Some detect a relaxation in tensions around Taiwan, though China’s aerial harassment continues. Taiwanese shares jumped 2.25% to lead the region that saw China’s CSI 300 rally over 1%. Europe’s Stoxx 600 is giving back yesterday’s 0.2% gain, even though Germany, France, and Spain reported stronger than expected June industrial output figures. US futures are narrowly mixed. The 10-year US Treasury yield is around 2.69%, flattish, while European yields are slightly firmer. Gold approached 00 but has been turned back. It is near 85 near midday 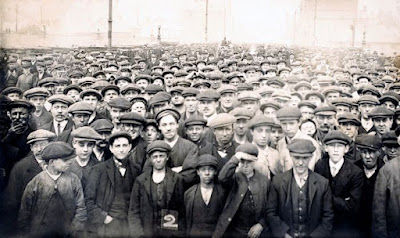 Overview: The US dollar enjoys a firmer bias against the major currencies ahead of the July employment data. Emerging market currencies are mixed. Asian currencies are generally firm while central Europe is a bit softer. Some detect a relaxation in tensions around Taiwan, though China’s aerial harassment continues. Taiwanese shares jumped 2.25% to lead the region that saw China’s CSI 300 rally over 1%. Europe’s Stoxx 600 is giving back yesterday’s 0.2% gain, even though Germany, France, and Spain reported stronger than expected June industrial output figures. US futures are narrowly mixed. The 10-year US Treasury yield is around 2.69%, flattish, while European yields are slightly firmer. Gold approached $1800 but has been turned back. It is near $1785 near midday in Europe as it solidifies its third weekly gain. September WTI traded below its 200-day moving average (~$88.80) for the first time since mid-March, while Brent saw its lowest level since the Russian invasion of Ukraine. Prices have steadied so far today. US natgas is edging lower after falling 1.75% yesterday. It is about 1.3% lower on the week. Europe’s natgas benchmark is off 1%, roughly the same as the past two sessions, which leaves it a little higher on the week. Iron ore snapped a five-day slide of around 11% with a 3.2% gain today. September copper is edging higher for the second day. It fell for the first three sessions this week to snap a six-day rally. September wheat gained 2.45% yesterday, its first advance in five sessions. However, it is off 1% today.

Japan reported larger than expected gains in labor cash earnings and household spending, but the yen softened in the face of broad dollar gains ahead of the US jobs report. Cash earnings rose 2.2% in June (year-over-year) after a 1.0% gain in May. It is the most since June 2018. Household spending surged 3.5% (year-over-year), well above the 1.5% median forecast in Bloomberg's survey after a 0.5% decline in May. It is the first rise in four months. On a month-over-month basis, this was a 1.5% gain. Japan reports Q2 GDP on August 15. Today's figures auger well for a return to growth. The April-June quarter was the first without Covid restrictions. Economists look for quarter-over-quarter growth to be around 0.7% after a 0.1% contraction in Q1. Not only has the yen softened but the 10-year JGB, capped at 0.25%, eased below 0.17% today, near a four-month low.

After hiking the cash rate by 50 bp earlier this week, the Reserve Bank of Australia's boosted its inflation forecasts in today's Monetary Policy Statement. It sees headline inflation reaching 7.75% by December. CPI rose 6.1% year-over-year in Q2. The RBA sees the economy expanding by 3.25% this year before slowing to 1.75% in 2023 and 2024. Previously (May), it projected 4.25% growth this year. The central bank envisions unemployment falling to 3.25% by the end of this year. It had forecast it to be at 3.75%, but it is already at 3.5%. The RBA's outlook assumes the cash rate target will be at 3% at the end of the year. It currently stands at 1.85%. The cash rate futures market had implied a year-end rate of 3% at the end of last week, but it is now about 3.13%. It peaked slightly above 3.5% in last July.

The Reserve Bank of India lifted the repo rate 50 bp for the second time in a row. It now stands at 5.40%, which means it has returned to pre-Covid levels. The central bank did not change its macro forecasts for 7.2% GDP and 6.7% inflation for the year ending in March. It has now raised the key rate by 140 bp since May and its foreign exchange rates have fallen from $633.6 bln at the end of last year to $571.5 at the end of last month. The rupee has depreciated by about 6.1% year-to-date. The swaps market has rates peaking in India a year from now near 6.5%.

The dollar has been capped for the past two sessions in the JPY133.40-55 area and is finding support near JPY132.30-50. Despite the sharp moves this week, testing JPY130, a nearly two-month low, the greenback is little changed on the week. It settled slightly above JPY133.25 last week. The dollar fell around 3.8% over the past two weeks. The Australian dollar's high for the week was recorded on Monday near $0.7045. A low of about $0.6885 was seen mid-week. It bounced yesterday to $0.6990 and is trading lower today, toying with $0.6950, where A$500 mln of expiring options have been struck. The Aussie has risen by about 2.8% in the past two weeks. It settled around $0.6985 last week. The US dollar recorded the week's low today against the Chinese yuan near CNY6.7415 today but recovered to poke above CNY6.75. The week's high was set on Tuesday by CNY6.7825. The greenback has been alternating between gains and losses this week and net-net is a touch firmer after slipping fractionally in the past two weeks. The PBOC set the dollar's reference rate at CNY6.7405, a little softer than the median in Bloomberg's survey for CNY6.7416.

Germany, France, and Spain report stronger than expected gains in June industrial output figures. Italy disappointed. Yesterday, Germany reported a drop in factory orders half of what the market expected and today announced that industrial output from by 0.4% rather than contract by 0.3% as economists (median, Bloomberg survey) had forecast. The May series was revised to show a 0.1% decline rather than a 0.2% gain. While France reported a record trade deficit in June (13 bln euros), it reported stronger than expected gains in Q2 private payrolls and a sharp jump in industrial output. Led by a 1.2% surge in manufacturing output, and an upward revision to 1.0% (from 0.8%) in May, French industrial production rose 1.4%. Economists had warned of a 0.3% decline in output. Spain followed suit. Industrial production rose 1.1% in June and the May series was revised to show a 0.1% gain rather than a 0.2% loss. Italy's disappointment was palpable. Industrial output sank by 2.1% in June after a 1.1% decline in May. The median forecast was for a 0.1% decline.

When it hiked rates yesterday by 50 bp, the Bank of England warned of a protracted economic downturn. Truss, who leads Sunak in the race to be the new head of the Tory Party and Prime Minister, pushed back aggressively. In the debate last night, she said her tax cutting plans could avoid a recession. While the optimistic message plays to the Conservative base, it is less convincing to investors. The Bank of England forecast a recession will begin in Q4 and does not anticipate a positive quarter of growth until into 2024. The UK reports Q2 GDP next week and the median forecast sees a 0.1% contraction after a 0.8% expansion in Q1.

The euro is consolidating in a about a third of a cent range below $1.0250. The high for the week was seen Tuesday, slightly below $1.03 and the low was set mid-week around $1.0125. The US employment data often injects some volatility into the exchange rate. There are two chunky option expires today that could prove interesting. There is set at $1.02 for 2.06 bln euros and a set at $1.03 for 1.3 bln euros. We are impressed with the euro's resilience this week even as the US 2-year premium over Germany rose to new three-year highs (~275 bp). Sterling saw profit-taking after the BOE's move yesterday, like the Aussie did after the RBA hike. The low for the week was recorded yesterday near $1.2065. It recovered to around $1.2175 yesterday but has been unable to extend the gains today. Instead, it has been offered in the European morning, recording session lows around $1.2125. There are options worth almost GBP600 mln at $1.21 that expire today.

There is no doubt that the US labor market momentum is slowing. The four-week moving average of weekly jobless claims has risen to 254k, up from the 170k low nearly four months ago. They averaged 238k at the end of 2019. Continuing claims have risen to 1.416 mln, which is still an historically low number. At the end of 2019, for example, continuing claims were slightly below 1.9 mln. Alternatively, consider that the four-week moving average is 1.375 mln and it bottomed in mid-June at 1.314 mln. Non-farm payroll growth is also slowing and the median in Bloomberg's survey is for a 250k increase. That would be the lowest since December 2022 when the US reported a 115k decline in nonfarm payrolls. The risk seems to be on the downside. The JOLTS showed a large fall in job openings. The weekly jobs claims rose during the survey week. The ISM manufacturing and services survey showed continued contraction in employment. Economists have been over-estimating many important economic data points. Given the normal volatility of the report, a rule of thumb is that 100k deviation from expectations is the threshold of importance.

Canada's jobs growth has slowed. It has created a net 12k jobs in Q2 after 210k in Q1. However, it created 100k full-time position in April-June period compared with almost 132k in January through March. Canada essentially grew full-time work while shedding part-time employment. Canada's unemployment rate has fallen sharply this year. It finished last year at 6.0% and set a record-low of 4.90% in June. Some of the decline is a function of a decline in the participation rate. It fell to 64.9% in June. It peaked last year at 65.5% but was at 65.4% as recently as March. The Bank of Canada delivered a 100 bp hike last month. The swaps market is pricing in a small lean toward a 75 bp hike at the September 7 meeting. The market has about 100 bp of tightening in the three meetings that remain this year, which would bring the target rate to 3.50%.

The US dollar is consolidating with a firmer tone against the Canadian dollar. The greenback looks caught between to large sets of options expirations. There are nearly $1.1 bln of options at CAD1.29 and another set for around $1.55 bln at CAD1.28. The US dollar has not been above CAD1.29 this week. It did begin the week pushing below CAD1.28 but did not close below there. After jumping to MXN20.82-83 earlier in the week, the greenback was sold to almost MXN20.29 yesterday. The week's low, set Monday, was near MXN20.24. It is in a tight range (~MXN20.3165-MXN20.3600) ahead of the US jobs data. On a range extension, it could be capped near MXN20.40, which would set up a test on the week's lows.

He has been covering the global capital markets in one fashion or another for more than 30 years, working at economic consulting firms and global investment banks. After 14 years as the global head of currency strategy for Brown Brothers Harriman, Chandler joined Bannockburn Global Forex, as a managing partner and chief markets strategist as of October 1, 2018.
My articlesMy siteAbout meMy books
Follow on:TwitterLinkedINSeeking Alpha
Previous GDP Provides a False Reading of the State of the Economy
Next Austrian Economics and the Capital Asset Pricing Model: A Reconcilation?