No Turnaround Tuesday for Equities?

by
Marc Chandler
My articles My siteAbout meMy booksMy videos
Follow on:TwitterLinkedIN
Seeking Alpha
Summary:
Overview:  Activity in the capital markets is subdued today, ahead of tomorrow's FOMC meeting conclusion and the ECB meeting on Thursday.  The MSCI Asia Pacific equity index fell for the third consecutive session.  European bourses are heavy after the Stoxx 600 posted an outside down day yesterday. Today would be the fifth consecutive decline. Selling pressure on the US futures indices continues after yesterday's losses.  Australia and New Zealand bonds played catch-up to the large drop in US Treasury yields yesterday, while European benchmark yields are edging higher.  The 10-year US Treasury yield is around 1.43%.  The dollar is mixed against the major currencies.  The Canadian and Australian dollars and Norway are softer, while the Swiss franc and euro lead 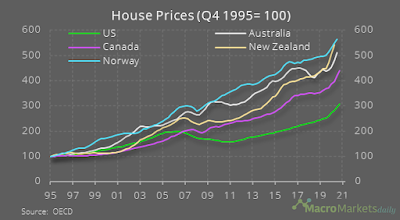 Overview:  Activity in the capital markets is subdued today, ahead of tomorrow's FOMC meeting conclusion and the ECB meeting on Thursday.  The MSCI Asia Pacific equity index fell for the third consecutive session.  European bourses are heavy after the Stoxx 600 posted an outside down day yesterday. Today would be the fifth consecutive decline. Selling pressure on the US futures indices continues after yesterday's losses.  Australia and New Zealand bonds played catch-up to the large drop in US Treasury yields yesterday, while European benchmark yields are edging higher.  The 10-year US Treasury yield is around 1.43%.  The dollar is mixed against the major currencies.  The Canadian and Australian dollars and Norway are softer, while the Swiss franc and euro lead with around a 0.25%-0.35% gain.  Most emerging market currencies are little changed, though the Turkish lira is paring yesterday's intervention-fueled gains.  Led by the Hungarian forint ahead of the outcome of the central meeting, and helped by a firm euro, central European currencies lead the emerging markets.  The JP Morgan Emerging Market Currency Index is off for a second session after breaking a four-week slide last week.  Gold continues to consolidate and is within yesterday's range ($1782-$1791).  Oil is also trading quietly, with the January WTI contract in a $70.50-$72.00 range.  European (Dutch) natural gas is rising for the sixth session of the past seven, during which time it has increased by nearly a third.  US natgas has fallen by almost 30% in the past two weeks and is off for about 4.4% this week already.  Iron ore is paring yesterday's 6.5% gain, while copper is drifting lower and is extending its loss into the fourth consecutive session.

Year-end pressures are evident in Japan's money markets, and the BOJ responded by arranging an unscheduled repo operation for the second consecutive session.  Yesterday's overnight operation was for JPY2 trillion (~$17.5 bln) after the repo rate rose to two-year highs.  The repo appeared to have been lifted by dealers securing funding for bill purchases.  Today the BOJ offered to buy JPY9 trillion of bonds under the repo agreement.

The US has offered to lift the steel and aluminum tariffs on Japan on similar terms as the deal struck with the EU.   A certain amount, based on some historical market share, can be shipped to the US duty-free, but over that threshold, a levy will be imposed.  Unlike the EU, Tokyo did not impose retaliatory tariffs.  Estimates suggest that Japan shipped around 5% of its steel to the US, though some might have made its way through Mexico.

The regional highlights for the week still lie ahead.  Tomorrow, China reports November retail sales, industrial production, new home prices, investment, and the surveyed jobless rate.  Retail sales are expected to have slowed, while industrial output may have firmed.  Investment in property and fixed assets may have stalled.  Japan has its tertiary index (October) tomorrow, a November trade balance on Thursday (it nearly always deteriorates from October), and the Friday BOJ meeting.  The BOJ is expected to extend some of its emergency facilities.  Australia reports its November jobs data first thing Thursday morning in Canberra.  After three months of job losses, a strong report is expected as social restrictions were lifted.

The UK reported solid employment data.  The November claimant count rate eased to 4.9% from a revised 5.0% (initially 5.1%), representing a nearly 50k decline after the October decline was revised to 58.5k from -14.9k.  The pace of earnings growth slowed to 4.9% from 5.9% (three-month, year-over-year).  Employment rose by nearly 150k (three months) after a 247k increase previously.  Tomorrow, the UK sees November CPI and PPI.  Both are expected to have quickened from October.  Nevertheless, the BOE is now seen on hold until February.

Hungary's central bank is set to hike the base rate today.  A 40 bp increase would follow last month's 30 bp hike.  Today's move would be the sixth in a row.  The base rate began the year at 60 bp, and today's hike would lift it to 2.50%.  On Thursday, Hungary likely hiked the one-week deposit rate.  It has been hiked for the last four weeks.  It had been at 75 bp until June, when it was hiked by 15 bp.  It was lifted by 30 bp in July and again in August.  It reverted to 15 bp increases in September and October.  The one-week deposit rate was raised several times last month to 2.90%.  It is up another 40 bp so far this month, and it is expected to be lifted by another 20 bp this week.

In October, industrial output in the euro area rose 1.1% after a 0.2% decline in September.  The preliminary PMI will be reported on Thursday, ahead of the ECB meeting.  Activity likely slowed. The focus of the ECB meeting is on the guidance about bond-buying next year.  The emergency facility is expected to wind down at the end of Q1, but given that it will still be buying bonds, tapering may not be as necessary or pronounced as, say, with the Federal Reserve.  The ECB staff will also update forecasts, including a sharp upward revision to next year's while extending the projections to 2024.  There is also interest in what the ECB will do about its long-term loans (TLTRO).

The US reports November producer prices today.  The headline rate is expected to push above 9%, while the core rate pokes through 7%.  The market is understandably more sensitive to consumer prices than producer prices.  Tomorrow, ahead of the FOMC statement, the November retail sales (softer than the 1.7% headline increase in October) and the December Empire manufacturing survey will be released.

Although the Senate is expected to maneuver to lift the debt ceiling today, the Treasury is planning a large bill pay down (~$175 bln) to ensure it would have the space to settle the coupon auctions.  That said, the supply of bills is likely to improve through Q1 22, according to estimates.  By most accounts, the Treasury has overfunded itself, and this will allow it to cut back further on new supply, just as the Federal Reserve is expected to accelerate its tapering.

The Bank of Canada was told its inflation target remains 2% but that it can overshoot to support "maximum sustainable employment."  The central bank's language is important.  It said it would "continue" to support the labor market objective, suggesting that yesterday's adjustment to the mandate will have a minor operational impact.  In fact, with inflation (October CPI 4.7%, an 18-year high), Governor Macklem quickly indicated that this was not the situation when it could probe for the maximum sustainable employment.  Still, the new mandate requires that the central bank explain when it is using its new flexibility and how labor market outcomes are incorporated into monetary decisions.  Separately, Canada is proposing alternatives to the US proposed tax incentives for electric vehicles in the Build Back Better initiative.  Canada and Mexico claim that it violated the USMCA and throws a wrench in the 30-year auto integration.  The EU trade commissioner has also expressed concerns about whether the legislation would break the WTO rules too.

Late today, Chile's central bank is expected to deliver a 125 bp rate hike, the same as in October.  The overnight target rate began the year at 50 bp.  It was hiked by 25 bp in July and 75 bp in August.  With today's hike, it will stand at 4%.  More work is needed as November CPI was at 6.7%.  Chile holds the run-off presidential election this weekend.  In the first round last month, the conservative Kast drew 28% support while the left candidate Boris garnered 26%.  Chile's innovation during Covid was to allow people to withdraw funds from their pensions (yes, like a farmer eating their corn seed).  Three withdrawals were granted, but a fourth effort was rebuffed earlier this month.  The World Bank and the IMF expressed concern about the pension fund industry, which had been among the best in the region.  The Chilean peso is among the worst-performing emerging market currencies this year.  It has fallen nearly 15.5% and has only been "bested" by the Argentine peso (~17.3%) and the Turkish lira (-48%).

The Canadian dollar's retreat is being extended for the fifth consecutive session.  The greenback has largely held above CAD1.2800 and is drawing near the high seen after the employment reports on December 3 (~CAD1.2855).  We usually see the exchange rate is driven by 1) general risk appetite, 2) commodity prices, and 3) rate differential.  Here we note that Canada's 2-year premium has fallen from about 60 basis points at the start of last month to around 27 bp now.  Over the same time, the 10-year premium has wholly disappeared.  It was almost 20 bp on November 1 and currently is trading at a four basis point discount.  Meanwhile, the greenback is consolidating against the Mexican peso. For the fifth consecutive session, it has been mainly chopping in a MXN20.85-MXN21.08 range.   On Thursday, Banxico is expected to hike its overnight rate by 25 bp.  We continue to think it is more likely to hike by 50 bp than standpat.  Since June, it has lifted the target rate by 100 bp to 5%.   November CPI stood at 7.37%.

Euro Bounces Back, but the Turkish Lira Remains Unloved

Overview:  The US dollar’s sharp upside momentum stalled yesterday near JPY115 and after the euro met (and surpassed) a key retracement level slightly below $1.1300.  Led by the Antipodean currencies today, the greenback is mostly trading with a heavier bias.  Among the majors, helped by a steadying of US yields, the yen is soft.  In the emerging market space, the Turkish lira continues its headlong plunge while the yuan softened and the Mexican peso is off.  Hungary’s central bank surprised with a 70 bp hike in the one-week deposit rate.  The JP Morgan Emerging Market Currency Index is posting a small gain through the European morning.  Disappointing tech results in China (Baidu and Bilibili) weighed on Chinese shares, but most markets in the region fell but Australia and Taiwan. 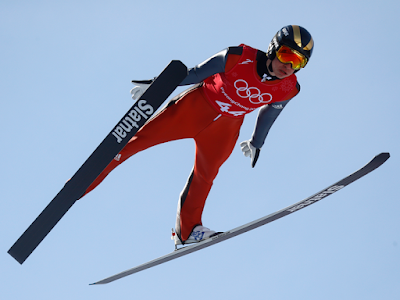 Overview:  Equities are softer and yields higher to start the new week.  The dollar is mixed.  Oil and industrial metals are higher. There are several developments over the weekend, but the focus seems to be on central bank action, inflation reports by the US and China, and the start of the Q3 earnings season. 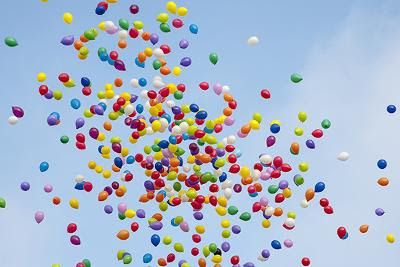 He has been covering the global capital markets in one fashion or another for more than 30 years, working at economic consulting firms and global investment banks. After 14 years as the global head of currency strategy for Brown Brothers Harriman, Chandler joined Bannockburn Global Forex, as a managing partner and chief markets strategist as of October 1, 2018.
My articlesMy siteAbout meMy books
Follow on:TwitterLinkedINSeeking Alpha
Previous ‘The definition of a tax haven is changing’
Next Switzerland outlines 15 Alpine hydro projects for the future

‘The definition of a tax haven is changing’