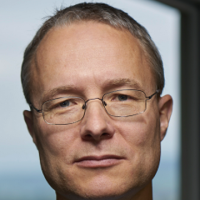 In an NBER working paper, Jessica Bai, Matthew Esche, W. Bentley MacLeod and Yifan Shi argue:
We introduce a model of the admissions process based upon standard agency theory and explore its implications with economics PhD admissions data from 2013-2019. We show that a subjective score that aggregates subjective ratings and recommendation letter features plays a more important role in determining admissions than an objective score based upon graduate record exam (GRE) scores. Subjective evaluations by references who write multiple letters are not only more influential than those of references who write one letter, but they are also more informative. Since multiple-letter references are also more highly ranked economists, this implies that there is a constraint on the supply of

END_OF_DOCUMENT_TOKEN_TO_BE_REPLACED 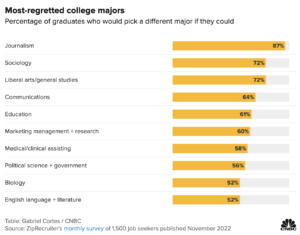 END_OF_DOCUMENT_TOKEN_TO_BE_REPLACED

Goodreads rating 4.37. Wolff describes his experiences in rural Malaysia and in the jungle among the Sng’oi, where he learns (rather than being taught) new forms of awareness and knowledge.
I saw clearly—perhaps for the first time—that most people, even scientists, can see the world only from one point of view: their own. [p. 146]
Malay culture values halus—soft, gentle, polite—and despises kasar.

END_OF_DOCUMENT_TOKEN_TO_BE_REPLACED

We document that creditor losses (”haircuts”) during sovereign debt restructurings vary across debt maturity. In our novel dataset on instrument-specific haircuts suffered by private creditors in 1999-‒2020 we find larger losses on short- than long-term debt, independently of the specific haircut measure we use. A standard asset pricing model rationalizes our findings under two assumptions, both of which are satisfied in the data: increasing short-run restructuring risk in the run-up to a restructuring, and high exit yields. We relate our findings to the policy debate on restructuring procedures.

END_OF_DOCUMENT_TOKEN_TO_BE_REPLACED

In the Quarterly Journal of Economics (137, 4), a group of authors estimates that
the mean global increase in mortality risk due to climate change, accounting for adaptation benefits and costs, is valued at roughly 3.2% of global GDP in 2100 under a high-emissions scenario. Notably, today’s cold locations are projected to benefit, while today’s poor and hot locations have large projected damages. Finally, our central estimates indicate that the release of an additional ton of CO2 today will cause mortality-related damages of $36.6 under a high-emissions scenario, with an interquartile range accounting for both econometric and climate uncertainty of [−$7.8, $73.0].

END_OF_DOCUMENT_TOKEN_TO_BE_REPLACED

Project Mariana will use DeFi protocols to automate foreign exchange markets and settlement.
Automated market makers can become the basis for new generation of financial infrastructure.
Exploration on cross-border exchange of wholesale CBDCs is the first to involve three Hub centres.
The BIS Innovation Hub is launching a new project around central bank digital currencies (CBDCs) and Decentralised Finance (DeFi) protocols as part of its 2022 work programme.
Project Mariana explores automated market makers (AMM) for the cross-border exchange of hypothetical Swiss franc, euro and Singapore dollar wholesale CBDCs. It will seek to examine the potential between financial institutions

END_OF_DOCUMENT_TOKEN_TO_BE_REPLACED

“Money and Banking with Reserves and CBDC,” UniBe, 2022

UniBe Discussion Paper 22-12, October 2022. PDF.
We analyze retail central bank digital currency (CBDC) in a two-tier monetary system with bank deposit market power and externalities from liquidity transformation. Resource costs of liquidity provision determine the optimal monetary architecture and modified Friedman (1969) rules the optimal monetary policy. Optimal interest rates on reserves and CBDC differ. A calibration for the U.S. suggests a weak case for CBDC in the baseline but a much clearer case when too-big-to-fail banks, tax distortions or instrument restrictions are present. Depending on central bank choices CBDC raises U.S. bank funding costs by up to 1.5 percent of GDP.

END_OF_DOCUMENT_TOKEN_TO_BE_REPLACED

“The Swiss National Bank in Brief”

END_OF_DOCUMENT_TOKEN_TO_BE_REPLACED

Translated by Gregory Rabassa. Goodreads rating 4.10.
…the secret of a good old age is simply an honorable pact with solitude. [p. 205]
… and once again she shuddered with the evidence that time was not passing, as she had just admitted, but that it was turning in a circle. [p. 341]
Both looked back then on the wild revelry, the gaudy wealth, and the unbridled fornication as an annoyance and they lamented that it had cost them so much of their lives to find the paradise of shared solitude. Madly in love after so many years of sterile complicity … [p. 345]
… and then they understood that José Arcadio Buendía was not as crazy as the family said, but that he was the only one who had enough lucidity to sense the truth of the fact that time also stumbled and had accidents and could

END_OF_DOCUMENT_TOKEN_TO_BE_REPLACED

Mark Dittli of the market NZZ interviews Russell Napier:
… the power to control the creation of money has moved from central banks to governments. By issuing state guarantees on bank credit during the Covid crisis, governments have effectively taken over the levers to control the creation of money.
… statistics on bank loans to corporates within the European Union since February 2020: Out of all the new loans in Germany, 40% are guaranteed by the government. In France, it’s 70% of all new loans, and in Italy it’s over 100%, because they migrate old maturing credit to new, government-guaranteed schemes.
… we are headed into a significant growth slowdown, even a recession, and bank credit is still growing. … The CFO of Commerzbank was asked about this fact in July, and she said that the

END_OF_DOCUMENT_TOKEN_TO_BE_REPLACED

The GNU Taler project:
We are building an anonymous, taxable payment system using modern cryptography. Customers will use traditional money transfers to send money to a digital Exchange and in return receive (anonymized) digital cash. Customers can use this digital cash to anonymously pay Merchants. Merchants can redeem the digital cash for traditional money at the digital Exchange. As Merchants are not anonymous, they can be taxed, enabling income or sales taxes to be withheld by the state while providing anonymity for Customers.

END_OF_DOCUMENT_TOKEN_TO_BE_REPLACED

Source
IN THE SENATE OF THE UNITED STATES
September 13, 2022

Mr. Lee (for himself and Mr. Braun) introduced the following bill; which was read twice and referred to the Committee on Banking, Housing, and Urban Affairs

A BILL
To amend the Federal Reserve Act to limit the ability of Federal Reserve banks to issue central bank digital currency.
Be it enacted by the Senate and House of Representatives of the United States of America in Congress assembled,
SECTION 1. SHORT TITLE.

This Act may be cited as the “No Central Bank Digital Currency Act” or the “No CBDC Act”.

Section 13 of the Federal Reserve Act is amended by adding after the 14th undesignated paragraph (12 U.S.C. 347d) the following:

“ No Federal reserve bank, the Board, the Secretary

END_OF_DOCUMENT_TOKEN_TO_BE_REPLACED

Orell Füssli news release:
Orell Füssli Ltd. Security Printing and AUGENTIC GmbH announced their partnership on a “Smart Banknote CBDC” solution including trustwise.io’s Distributed Ledger Technology (DLT) a week ago. A smart banknote is a physical banknote that interacts with a CBDC solution and acts as a transitional device between traditional and CBDC based payment systems. A smart banknote can be used like a classic banknote; however, the owner can redeem his cold wallet (physical banknote) and transfer the note’s value to a digital wallet by scanning the QR code with the private key. Our smart banknote includes a public and a private key represented by QR codes of which the private one is sealed. When the cover of the private key is removed, the QR code scanned, the value of the

END_OF_DOCUMENT_TOKEN_TO_BE_REPLACED

In a Carnegie-Rochester paper from 1979, Robert Lucas reviews an earlier report to the OECD by a group of independent experts. Lucas views the report as vacuous, eclectic, and dangerous:
… I know of no other way to convey the Report’s undisciplined eclecticism. It meanders through the long list of issues which have been defined in popular debate as “policy problems,” accepting all as equally suited to treatment by government action and equally amenable to economic expertise, offering ambiguous and unsupported opinion on each. Nowhere can one discern a consistent set of economic principles underlying either the choice of questions to be addressed or the policy stances which are recommended.
As an economist, I find this alarming, but not because I believe the Report will in any direct

END_OF_DOCUMENT_TOKEN_TO_BE_REPLACED

In an NBER working paper John Cochrane concludes that

… we have been guilty of playing with too-complex models when we don’t really understand basics, such as stability, determinacy, and the frictionless limit. …
Given the state of actual agreed-on knowledge, central banks’ proclamations of detailed technocratic ability to manipulate delicate frictions is laughable. Figure 10 shows in chart form the Rube-Goldberg list of mechanisms the ECB thinks it understands and can manipulate. Central bankers who think they have any idea how all these boxes and arrows work, and how to manipulate them, should reread Bob’s unsung classic “on a report to the OECD” Lucas (1979) once a week. A little humility would do us all good.

END_OF_DOCUMENT_TOKEN_TO_BE_REPLACED

SNB Losses in the News 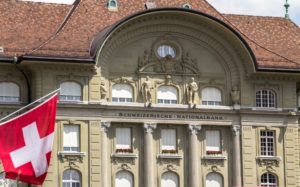 END_OF_DOCUMENT_TOKEN_TO_BE_REPLACED

SNB Losses in the News

END_OF_DOCUMENT_TOKEN_TO_BE_REPLACED 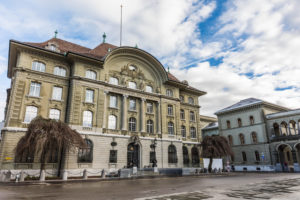 How are SNB profits and losses distributed and what issues are debated?
Annual Result Funds two “Reserves”
The annual result (Jahresergebnis) of the Swiss National Bank (SNB) is split into two parts. The first part funds “provisions for currency reserves” (Zuweisungen an Rückstellungen für Währungsreserven) which are meant to provide a buffer against future losses on the SNB’s asset positions. The second part funds current and future profit distributions to the Confederation and cantons (Ausschüttungen an Bund und Kantone) and dividend payments to SNB shareholders. The ad hoc announcement regarding the SNB’s 2021 annual result (English, German) provides an overview.
Allocation Rules
The SNB decides how the annual result is split, subject to some guidance in the

END_OF_DOCUMENT_TOKEN_TO_BE_REPLACED

How are SNB profits and losses distributed and what issues are debated?
Annual Result Funds two “Reserves”
The annual result (Jahresergebnis) of the Swiss National Bank (SNB) is split into two parts. The first part funds “provisions for currency reserves” (Zuweisungen an Rückstellungen für Währungsreserven) which are meant to provide a buffer against future losses on the SNB’s asset positions. The second part funds current and future profit distributions to the Confederation and cantons (Ausschüttungen an Bund und Kantone) and dividend payments to SNB shareholders. The ad hoc announcement regarding the SNB’s 2021 annual result (English, German) provides an overview.
Allocation Rules
The SNB decides how the annual result is split, subject to some guidance in the National Bank Law (NBG,

END_OF_DOCUMENT_TOKEN_TO_BE_REPLACED

“The Political Economy of Early COVID-19 Interventions in US States,” JEDC, 2022

Journal of Economic Dynamics and Control, July 2022, with Martin Gonzalez-Eiras. PDF (local copy).
We investigate how politico-economic factors shaped government responses to the spread of COVID-19. Our simple framework uses epidemiological, economic and politico-economic arguments. Confronting the theory with US state level data we find strong evidence for partisanship even when we control for fundamentals including the electorate’s political views. Moreover, we detect an important role for the proximity of elections which we interpret as indicative of career concerns. Finally, we find suggestive evidence for complementarities between voluntary activity reductions and government imposed restrictions.

END_OF_DOCUMENT_TOKEN_TO_BE_REPLACED

Is it a default? Discussions in NZZ and FT.

END_OF_DOCUMENT_TOKEN_TO_BE_REPLACED

Central banking after the pandemic: challenges ahead
This year’s conference focused on the question of how central banks can meet their mission to preserve the value of money. The sessions focused on inflation – the containment of which is an important aspect of preserving money’s value – as well as preserving the value of money from the longer-term, structural perspective, focusing on the challenges of digital innovation.
Program

END_OF_DOCUMENT_TOKEN_TO_BE_REPLACED

This year’s prize of the Swiss Society of Economics and Statistics goes to Hansueli Schöchli. Press release.