Home / SNB & CHF / FX Daily, May 7: China Reports an Unexpected Jump in Exports, While Norway Surprises with a Rate Cut

by
Marc Chandler
My articles My siteAbout meMy booksMy videos
Follow on:TwitterLinkedIN
Seeking Alpha
Summary:
Swiss Franc The Euro has risen by 0.10% to 1.0532 EUR/CHF and USD/CHF, May 07(see more posts on EUR/CHF, USD/CHF, ) Source: markets.ft.com - Click to enlarge FX Rates Overview: There is a sense of indecision in the air today. There have been several developments, but investors seem mostly reluctant to extend positions. China reported a surge in exports in April and an increase in the value of reserves. Australia reported a rise in exports in March. The Bank of England left policy steady, but clearly signaled it was prepared to boost its asset purchases. Norway unexpectedly cut rates. For the second consecutive session, US equities sold-off late. This seemed to weigh on Asia Pacific trading. The Nikkei edged higher, but the Topix fell, and Taiwan was the only

US President Trump said the administration will be prepared in the next week or two to offer an assessment on progress with the trade agreement. However, between the drop in energy prices, the cheap Brazilian soy (sharp currency depreciation), and the uneven impact and recovery from the coronavirus, there can be little doubt that China will struggle to fulfill the agreement. Separately, the Trump Administration has delayed its first report on the state of Hong Kong’s autonomy, seemingly to wait to see what happens ahead of the National People’s Congress later this month. While there is concern that China is playing a larger role in HK, the US may be hesitant to take-away the SAR special trade status, which would be seen as a dramatic escalation and a major disruption.

China reported its reserves unexpectedly rose by nearly $31 bln in April to $3.09 trillion. Its reserves had fallen by near $55 bln in February and March. While it is tempting to suspect valuation was the key driver of the increase in reserves, the other reserve currencies, like the euro and yen, were virtually flat in April. Sterling was up 1.4% last month. Treasury and Bund yields fell slightly (~3 bp and 11 bp, respectively).

Australia reported a 15% surge in March exports after a 9% drop in February. Imports, however, did not recover and fell another 4% after 5% in February. The net result was a A$10 bln trade surplus, well above expectations. Separately, Australia reported that is reserves fell sharply in April to A$63.2 bln from A$90.6 bln. This partly reflects that the reserves are reported in local currency terms and the Australian dollar appreciated by more than 6% last month. Still, the reserves at their lowest level since January 2019.

The dollar briefly dipped ever-so-slightly below JPY106 yesterday and today, but has snapped back and is poised to end the four-day slide. The greenback is just shy of yesterday’s high (~JPY106.65). There is a $1.1 bln option at JPY106.50 that will be cut today and another option for a little more than $700 mln at JPY106.75 that will also expire today. The Australian dollar has traded on both sides of yesterday’s range. The close is key from a technical perspective, and a close above yesterday’s high (~$0.6455) would constitute a key reversal.  Nearby resistance is seen near $0.6475. The intraday technicals are stretched. The dollar briefly traded above CNY7.10 but moved back into the CNY7.05-CNY7.10 range that has confined most of the price action for the better part of the past two months.

The Bank of England stood pat but clearly signaled it was prepared to step up its asset purchases. The base rate was left unchanged at 10 bp. Two MPC members (Haskel and Saunders) voted for an immediate GBP100 bln increase in purchases. The majority were sympathetic but wanted to wait a little longer to see progress on re-opening. The BOE forecast a 15% contraction this year, including a 25% drop in Q2, but anticipated a strong rebound next year nearly fully recovers this year’s loss.

Norway’s Norges Bank surprised by cutting its deposit rate to zero from 25 bp. It had previously seemed to signal that 25 bp was the floor.  Separately,  the central bank acknowledged that it bought NOK3.5 bln to “support market functioning.” The krone has rallied today. The euro is at its lowest level against the krone since mid-March (~NOK11.04). The dollar eased to its lowest level in almost a month (~NOK10.21)

The dollar reached a new record high against the Turkish lira (~TRY7.25) as its gains for a sixth consecutive session. The previous record high was set in August 2018 near TRY7.2360. The central bank has intervened aggressively, and the market realizes that it has exhausted in ammo. The dollar has fallen in only five sessions since April 3. Turkey reportedly has requested a swap line with the Federal Reserve, but this remains highly unlikely. Turkey previously drew on swap lines with Qatar and China.

The euro is straddling the $1.08-level. It may not wander far from there, at least in the early part of the North American session, where expiring options may pin it. There are 1.3 bln euros in options struck between $1.0775 and $1.0780 and another set for around 3.6 bln euros between $1.0800 and $1.0810. Sterling is making a lower high for the fifth consecutive session. It has found a bid near a two-week low just above $1.23. The $1.24 area may now offer initial resistance.

The Treasury announced next week’s quarterly refunding will raise a record $96 bln. The Congressional Budget Office projects the US deficit this year will be around 18% of GDP or near $3.7 trillion. There is still another bill in the works that could be in excess of $1 trillion for states, local governments, and the White House continues to press for a payroll tax cut (funding for Social Security). The yield curve steepened in response to the refunding announcement and the new coupon supply. However, yields are still low, with the 10-year around 70 bp. A year ago, with less debt, the US was paying about 2.40% on 10-year borrowing. Last April, headline CPI stood at 2%. When last month’s CPI is reported next week, it is expected to have fallen to 0.5% (median forecast on the Bloomberg survey). In the past seven years, Japan’s deficit has been larger than the US, though not in the past three years, and its debt is roughly twice as large relative to its GDP. The Bank of Japan’s balance sheet is nearly three-times larger as a percentage of GDP than the US. It struggles mightily to resist deflationary forces.

The US dollar rose to near a two-week high against the Canadian dollar (~CAD1.4170) in early Asia as if follow-through buying materialized after the advance in the North American session yesterday.  However, with risk appetites returning, the US dollar has trended back toward CAD1.4060. Initial support is seen in the CAD1.4020-CAD1.4040 area. Similarly, the greenback edged up to almost MXN24.54 before coming back off against the Mexican peso. It is on its session lows near MXN24.11 as the North American session is about to start. The intraday technicals are getting stretched, and support near MXN24.00 may be sufficient. 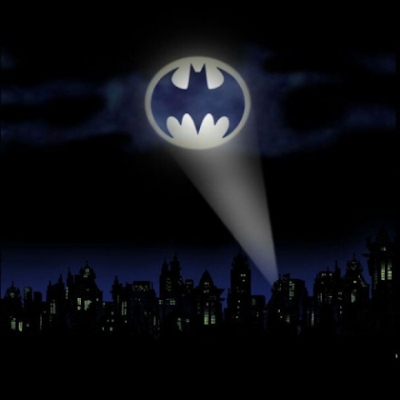 Overview: Escalating violence in Hong Kong and the continued fall in Chinese producer prices weighed on equities in Asia Pacific trading. The MSCI Asia Pacific Index has risen nearly 7% during the five-week rally and is off to a weak start this week. Hong Kong’s Hang Seng fell around 2.6%, its biggest loss in three months, and China’s CSI 300 was off 1.75%. Nearly all the local markets fell but Australia. 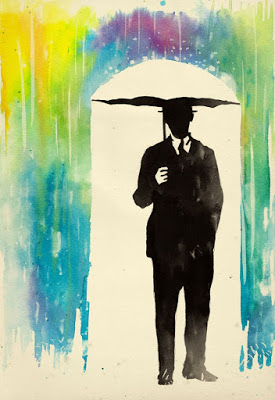 Overview: The combination of the victory of the pro-democracy movement in Hong Kong and an apparent concession by China on intellectual property rights is helping bolster risk appetites to start the week. Equities are higher. Hong Kong’s Hang Seng led Asia Pacific equities with a 1.5% gain, the second biggest this month. Korea and India’s bourses also gained more than 1%.

Asia Pacific equities mostly declined in sympathy with yesterday’s large sell-off in the US and Europe. China and Taiwan were the notable exceptions, while Australia’s 2.2% decline, following the central bank meeting that resulted in what many are seeing as a hawkish hold, led the move lower. Europe’s Dow Jones Stoxx 600 fell 1.6% yesterday, the largest loss in two months, and is extending the losses for a third session today. 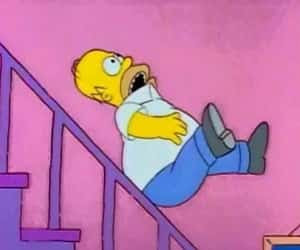 Overview: The prospect of not just the failure of the US and China to resolve its trade dispute but a new escalation has sapped the confidence that had lifted equity benchmarks and the greenback. Led by more than a 1% decline in Tokyo (Nikkei), Hong Kong, and Australia, all the major markets in the Asia Pacific region fell. European shares, perhaps encouraged by an upward revision to the flash composite PMI, are snapping a four-day 2.75% slide.

He has been covering the global capital markets in one fashion or another for more than 30 years, working at economic consulting firms and global investment banks. After 14 years as the global head of currency strategy for Brown Brothers Harriman, Chandler joined Bannockburn Global Forex, as a managing partner and chief markets strategist as of October 1, 2018.
My articlesMy siteAbout meMy books
Follow on:TwitterLinkedINSeeking Alpha
Previous SNB’s swollen balance-sheet poses risk to ‘credibility’
Next April 2020 – A month at home