The BOJ Surprises by Standing Pat

by
Marc Chandler
My articles My siteAbout meMy booksMy videos
Follow on:TwitterLinkedIN
Seeking Alpha
Summary:
Overview: The BOJ defied speculation and stuck to its current policy, which saw the yen sell-off sharply. The dollar rallied about 3.4 yen before falling back. The greenback is broadly lower against the other G10 currencies. However, for the fifth consecutive session, the euro has stalled around .0870. While UK headline inflation softened, mostly due to fuel, core prices were unchanged, and this may have helped sterling extend its recent gains to almost .2365. Softer US economic data (retail sales producer prices, and industrial production) pose headline risk in early North America, but rates seem to have made the adjustment last week, when the two-year note yield fell to almost 4.10%. It is around 4.18% now.  The weaker yen helped lift Japanese equities 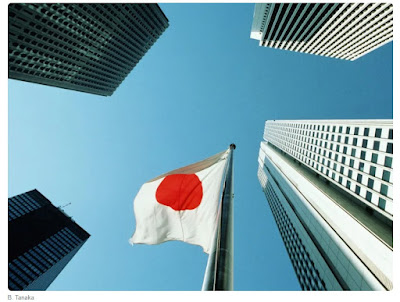 Overview: The BOJ defied speculation and stuck to its current policy, which saw the yen sell-off sharply. The dollar rallied about 3.4 yen before falling back. The greenback is broadly lower against the other G10 currencies. However, for the fifth consecutive session, the euro has stalled around $1.0870. While UK headline inflation softened, mostly due to fuel, core prices were unchanged, and this may have helped sterling extend its recent gains to almost $1.2365. Softer US economic data (retail sales producer prices, and industrial production) pose headline risk in early North America, but rates seem to have made the adjustment last week, when the two-year note yield fell to almost 4.10%. It is around 4.18% now.

The weaker yen helped lift Japanese equities while most other Asia-Pacific bourses ended higher. Europe's Stoxx 600 recouped yesterday's early losses and is firmer today, as its advance extended into the sixth consecutive session. US futures are steady to slightly higher. Benchmark 10-year yields are mostly 2-4 bp lower in Europe, except for the UK, where sticky core inflation may have encouraged the underperformance of Gilts. The 10-year US Treasury yield is off 7 bp to almost 3.47%. The China recovery story, which is still capturing the market's imagination, is helping extend the rally in crude oil. February WTI is rising for its ninth consecutive session. Above $81.50 a barrel, it is at its best level since early December.

The Bank of Japan stood pat. In a unanimous decision, the BOJ left its Yield Curve Control intact, sending the yen sharply lower. Japanese government bonds and stocks rallied. The 10-year JGB yield fell back top 0.40% from the 0.50% cap and the Nikkei rallied 2.5%. The BOJ will continue to buy bonds as needed. It will boost its loan facility to commercial banks to help fund their purchases of bonds too. Last Thursday and Friday, banks took about JPY4 trillion (~$30 bln). Governor Kuroda said he would not rule out offering the funds at a negative rate, i.e., paying the banks to buy government bonds. The BOJ itself spent about $75 bln buying bonds in the last two sessions of last week and bought about $23 bln more on Monday and Tuesday's operations.

The BOJ updated its economic forecast. This fiscal year's CPI was tweaked to 3.0% from 2.9%. Next year's CPI was left steady at 1.6%, and the following year’s was raised to 1.8% from 1.6%. The takeaway is that the BOJ is signaling that it still does not expect the recent rise of inflation to be sustained. Growth forecasts were reduced. Growth this fiscal year, which ends in March, is now seen at 1,9% rather than 2.0%. Next year's growth forecast was pared to 1.7% from 1.9% and the following year to 1.1% from 1.5%. The next BOJ meeting is on March 9. It will be the last that Governor Kuroda chairs before retiring in early April.

The dollar spiked to almost JPY131.60 on the BOJ news. It had settled the North American session slightly above JPY128.10. This was a little shy of the (61.8%) retracement of the decline from the January 6 high near JPY134.75, the year's high and nicked the 20-day moving average (~JPY131.50). The greenback was sold back down and was finding bids in the European morning ahead of JPY129.00. A break of that area could see a return to JPY128.00. The Australian dollar finished firmly yesterday and traded up to about $0.7035 in the Asian session, a new high since last August. It stalled but is holding above $0.7000. Below there, support is seen near $0.6980. The greenback extended its two-day recovery against the Chinese yuan to CNY6.7875, a five-day high. However, the broader pressure on the US dollar proved too much and the greenback slipped back to around CNY6.7530. The PBOC set the dollar's reference rate at CNY6.7602, a little softer than the CNY6.7635 median projection in Bloomberg survey.

As the dollar moved lower early North American dealings yesterday, the euro reached almost $1.0870. It reversed from the and marginally took at last Friday's lows (~$1.0780). The independent weakness was fueled by reports that the ECB is beginning to have second thoughts abouts the magnitude of the March move. A 50 bp hike on February 2 seemed to have been pre-committed by ECB President Lagarde, who also suggested a 50 bp hike in March could be warranted. The hawkish rhetoric was one of the factors that helped the euro extend its recovery after bottoming last September. At its best, the market had discounted a nearly 95% chance of a 50 bp hike in March and it fell to about 50% yesterday, the least since the ECB meet in mid-December.

The rise in average earnings in November encouraged the market to sustain the elevated expectations of for a 50 bp hike at the Bank of England's February 2 meeting to 4.0%. Today's CPI report changes little. The CPI rose 0.4% last month, allowing the year-over-year rate to ease to 10.5% from 10.7%. The main driver was a pullback in fuel prices. The core rate was unchanged at 6.3%. Core goods prices eased (5.8% from 6.3%), but core services prices rose to 6.8% from 6.3%, partly reflecting a jump in airfare. The market favors a 25 bp hike at the following meeting on March 23 to 4.25%. The swaps market the risk of a peak near 4.5%.

The euro initially extended yesterday's losses to almost $1.0765 but it recovered smartly after the BOJ's announcement and returned to near Monday's high slightly above $1.0870. The intraday momentum indicators were over-extended and European traders refrained from buying and the euro slipped back toward $1.0850. Initial support is seen in the $1.0800-20 area now. Soft US data are expected, and this may limit the euro's pullback until after the headline risk passes, but so far, today is the fifth consecutive session that the euro has stalled in the $1.0870 area. Sterling, the on the other hand, continues to gradually climb higher. With the third day of higher highs, sterling is edging closer to the mid-December high near $1.2450. Today's high was set in early European turnover slightly below $1.2365. The intraday momentum indicators are over-extended. The $1.2300 area may offer initial support.

The first official estimate for Q4 US GDP is released on January 26. The Atlanta Fed's GDPNow tracker will be updated last today. The January 10 iteration had it at 4.1%. The median in Bloomberg's survey puts it at 2.9%. The US economy expanded by 3.2% in Q3 23. On tap today are December retail sales, industrial production, and November business inventories. These, and Thursday's December housing starts are the last important report before the GDP is released. Retail sales are expected to have fallen for a second month in a row and the projected decline in industrial output would be the third consecutive month of slower production. Weakness in retail sales likely reflect both prices and volumes. The nearly 7.6% drop in average gasoline prices like and the fall in auto sales will weigh on headline retail sales. However, the measure that excludes, autos, gasoline, building materials, and food services, is expected to have fallen by 0.3% (median in Bloomberg's survey) after a 0.2% decline in November. It would be the first back-to-back decline since April-May 2021. December PPI is expected to have slowed with the year-over-year rate easing to 6.7% from 7.4% in November and a peak of 11.7% last March. The core rate has fallen uninterrupted since the 9.7% extreme in March 2022. It is expected to have slowed to 5.6%, which would be the slowest since May 2021. Economists will use some components of the PPI to fine tune forecasts for the December PCE deflator out next week. The Beige Book is out late in the session, and likely picked up the slowing of growth impulses, though investors may be more sensitive to how it characterizes the labor market.

Canada's headline inflation was slightly softer than expected while the core measures proved stickier. The market still expects the central bank to finish its tightening cycle next week with a quarter-point move that would lift the overnight target to 4.50%. The CPI fell 0.6% last month, helped by lower gasoline prices, to bring the rate to 6.3% from 6.8% in November, and a peak last June of 8.1%. Gasoline prices fell slightly more than 13% in December. The core measures were sticky. The average of the three, trimmed, median, and common core measures) eased to 5.63% from 5.76%.

The US dollar remains within the range set last Friday against the Canadian dollar (~CAD1.3320-CAD1.3440). It is trading with a heavier bias in the European morning, having approached CAD1.3350. The Canadian dollar is lagging behind the other dollar-bloc currencies as it often the case in a soft US dollar environment. The greenback looks poised to recover in early North America back toward the CAD1.3380-CAD1.3400 area. The Mexican peso continues to trade higher since the start of the year. The US dollar has fallen to nearly MXN18.5665 today. Recall that before Covid struck, the greenback was trading around MXN18.5250 (late February 2020). Real money appears to have poured into Mexican bonds, though the Commitment of Traders show speculators (non-commercial accounts) to be short the peso in the futures market. In the week through last Tuesday, they had a net short position of almost 53.4k contracts, near the most since the end of 2021. The peso has gained about 4.8% this year and the momentum indicators are getting stretched but show now immediate sign of reversing.

He has been covering the global capital markets in one fashion or another for more than 30 years, working at economic consulting firms and global investment banks. After 14 years as the global head of currency strategy for Brown Brothers Harriman, Chandler joined Bannockburn Global Forex, as a managing partner and chief markets strategist as of October 1, 2018.
My articlesMy siteAbout meMy books
Follow on:TwitterLinkedINSeeking Alpha
Previous The Fed Is a Purely Political Institution, and It’s Definitely Not a Bank.
Next The Rise and Fall of Good Money: A Tale of the Market and the State