by
Marc Chandler
My articles My siteAbout meMy booksMy videos
Follow on:TwitterLinkedIN
Seeking Alpha
Summary:
Overview: The US dollar begins the new month better offered. It is softer against all the major currencies. Short yen positions continue to get unwound, which is leading the move, followed  by the Antipodeans, where the Reserve Bank of Australia is expected to hike rates tomorrow. Most emerging market currencies are firmer too, except for a few Asian currencies, the Russian rouble, and, of course, the Turkish lira. Asian and European equities are higher. Japan and Indian markets were up around 1% to lead the major bourses. Taiwan was a notable exception, slipping fractionally. Europe’s Stoxx is posting a minor gain, but it follows more than 1% gains in the past two sessions. US futures are posting small losses. The US 10-year yield is little changed near 2.66%, 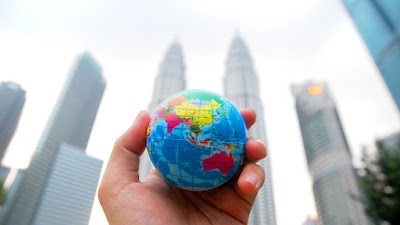 Overview: The US dollar begins the new month better offered. It is softer against all the major currencies. Short yen positions continue to get unwound, which is leading the move, followed  by the Antipodeans, where the Reserve Bank of Australia is expected to hike rates tomorrow. Most emerging market currencies are firmer too, except for a few Asian currencies, the Russian rouble, and, of course, the Turkish lira. Asian and European equities are higher. Japan and Indian markets were up around 1% to lead the major bourses. Taiwan was a notable exception, slipping fractionally. Europe’s Stoxx is posting a minor gain, but it follows more than 1% gains in the past two sessions. US futures are posting small losses. The US 10-year yield is little changed near 2.66%, while European bonds are mixed, with the periphery outperforming the core. Italy’s 10-year yield is off nearly six basis points while German and French yields are a couple basis points higher. Gold is extending last week’s 2.2% rally, its best in five months. It is approaching $1775, and the next important area is $1800. September WTI is seeing the pre-weekend 2.3% rally retrace. It is off around 1.8% near $96.80. US natgas is off 3.6% after bouncing nearly 1.2% before the weekend. Europe’s benchmark is up 2% after falling more than 5% in the past two sessions. Iron ore fell 3.1% before the weekend and is off another 0.8% today. September copper has a six-advance in two and is nearly flat on the day ahead of the US open. September wheat is trading heavily. It is off almost 2% after falling a little more than 1% on Friday.

China's July PMI disappointed, but not as much as the US and European preliminary readings, which saw the composite slip below the 50 boom/bust level. China's manufacturing PMI fell to 49.0 from 50.3, but the non-manufacturing PMI stands at 53.8 (down from 54.7). The composite is at 52.5 from June's 54.1. Judging from last week's Politburo meeting, Beijing is reluctant to unleash a fiscal "bazooka" but is encouraging new lending by policy banks and borrowing for infrastructure by local governments. Of note, then, is that the construction PMI rose to 59.2 from 56.6. Another sector that caught our eye was the steel PMI. It slumped to 33.0 from 36.2. On the other hand, of the 21 sectors in the non-manufacturing PMI, 16 are above 50. Air transportation and accommodations are above 60. Price pressures were dissipating. Input prices fell 12 index points, and output prices fell six. Separately, the Caixin manufacturing PMI fell to 50.4 from 51.7.

Japan's manufacturing PMI slipped a little more than the flash reading suggested. It stands at 52.1 from 52.2 preliminary estimated and 52.7 in June. It is the fourth consecutive decline. Australia's final manufacturing PMI was unchanged at 55.7 from its preliminary estimate, which was down from 56.2. The Reserve Bank of Australia will announce its rate decision tomorrow. The market had been more confident of another 50 bp move, but odds slipped last week to a little more than 75% chance now.

China is the world's largest source of development credit, bigger than the IMF or World Bank. It is larger than the Paris Club in toto. Preferring bilateral arrangements and resolutions, there is a lack of transparency that adversely impacts the other creditors and borrowing country. However, there has been a constructive development. In recent weeks, Beijing has worked with other official lenders and has led the decision to grant debt relief to Zambia. Among other things, it allows the IMF to launch a support program whose terms still have to be negotiated worked out. As the biggest official creditor to many developing countries, China may find that given this risky portfolio, it is better to help ensure multilateral funds can be accessed. Beijing reportedly lent Zambia around $6 bln for infrastructure projects (roads, dams, airports).

The dollar's pullback against the yen has been extended to almost JPY132.00 today. It peaked in mid-July near JPY139.40. The 10-year US yield slipped below 2.62% before the weekend, its lowest level since the first half of April. The next technical objective for the greenback is near JPY131.35, the low from mid-June and the (61.8%) retracement of the rally from the late May lows around JPY136.35. Initial resistance is now in front of JPY133.00. The Australian dollar has edged through last week's highs to poke around $0.7035. The $0.7055-$0.7070 offers a band of nearby resistance. Overcoming it could spur another cent advance. Support above $0.6900 held in the pre-weekend/month-end volatility. That said, North American dealers will inherit the books with the Aussie over-extended on an intraday basis. The US dollar traded higher against the Chinese yuan and filled the small gap created by last Thursday's low opening that extended a little above CNY6.7500. Today's gains snap a three-day minor downdraft. The PBOC set the dollar's reference rate at CNY6.7467 compared with the median projection in Bloomberg's survey for CNY6.7456.

The price of gas reached sufficient levels, and it might not have peaked if Russia cuts shipments more, that the center-left German government is thinking the unthinkable: extending the life of a nuclear plant. As a tactic after the Fukushima 2011 accident, Merkel seemed brilliant, agreeing to phase out German nuclear plants and stole some thunder from the left. However, strategically, it exposed Germany even more to the whims of Putin. Now, another kind of tragic political story is unfolding. The Green economics minister Habeck has already been forced by circumstances to boost coal to replace the lost gas to create electricity. Now, the party with roots in the anti-nuclear movement may have to sanction and extension of a nuclear plant. Reports suggest it is the Isar 2 nuclear plant in Bavaria that can be given at least a few months' extension to its year-end shutdown. Bavaria has a very low usage rate of renewable energy sources.

For the third consecutive session, the euro is making new highs. It has taken out last week's high to approach $1.0270. It has not been above $1.0280 since July 5. A convincing move above there would target $1.0360 area. Good dip buying was seen ahead of the weekend. The intraday momentum indicators warn that euro may struggle to extend the gains in North America. Initial support is seen near $1.0220 and then $1.0200. Sterling is knocking on the $1.2245 area, its best level since late June. Although the next important chart area is near $1.2320, the intraday momentum studies warn that sterling's gains leave it overextended. The swaps market is pricing about an 80% chance that the BOE lifts the base rate by 50 bp on Wednesday. The market wobbled ahead of the weekend and had reduced the chances to nearly 50/50.

With the FOMC quiet period behind us, Fed officials will give us their views in light of the second consecutive quarterly contraction and the outlook now that the target rate is in neutral territory. Many of the Fed's critics, including Summers and Dudley argue Powell is wrong about neutrality. What they miss is Powell was simply describing where the Summary of Economic Projections (dot plot) put it, not his personal views. In any event, Minneapolis Fed's Kashkari spoke over the weekend, confirming what the market already knows. The Fed is not done yet. The Fed funds futures show an almost 1-in-3 chance of another 75 bp hike next month (September 21) and has nearly 100 bp (98 bp) of tightening priced into this year's Fed funds strip. Tomorrow, we hear from Evans, Mester, and Bullard.

The tax and spending bill that was brokered in the Senate sets a minimum corporate book tax of 15%. It is a tax on incurred on the adjusted financial statement income over $1 bln. However, do not be confused. This is not the legislation needed to enact the OECD-led international agreement on setting a minimum tax for the largest companies and better aligning sales and taxes. The international agreement was tighter, while the "book" statement already includes some deductions and credits. The failure of the Schumer-Manchin compromise to enact the international agreement is disappointing. It has been touted as of the most significant accomplishments of the Biden administration. The window of opportunity may be closing, especially if the Republicans secure a majority in the House and Senate, which is still the odds-on most likely scenario according to polls and PredictIt.com. Some suggest that businesses could begin to lobby to align the approach to the international standard to avoid double taxation, which would also ostensibly deny the US tax revenue.

The Atlanta Fed's GDP Now first estimate for Q3 GDP is 2.1%. Today, the US sees the final manufacturing PMI and the ISM manufacturing index. Both are July prints, while construction spending is for June. Tomorrow, the JOLTS report, where gradual easing in labor market conditions is expected (June), while July vehicle sales are expected to have increased sequentially for the first time since March-April 2021. The highlight of the week is Friday's July jobs report (median forecast in Bloomberg's survey is for 250k). Canada's economic data begins quietly but the highlights include Thursday's trade report and Friday's jobs. Mexico highlights are today's remittances and IMEF surveys. Brazil has a busy week. July trade figures today are followed by industrial production tomorrow and what is expected to be a 50 bp hike in Selic rate (to 13.75%) on Wednesday.

The US dollar settled just below CAD1.28 ahead of the weekend for the first time since mid-June. Follow-through selling today pushed the greenback to almost CAD1.2770. The next target is near CAD1.2725, around the 200-day moving average. Still, the sales in the European morning have left the intraday technical indicators stretched. A close above CAD1.28 warns of a consolidative phase. The greenback has been mostly confined to its pre-weekend range against the Mexican peso. The dollar held resistance initially around MXN20.43. Last Friday's lows were a little below MXN20.21. Immediate support is seen near MXN20.25. Ahead of the weekend, the dollar set a new low for the month against the Brazilian real (~BRL5.1450). A break of that area targets BRL5.10. On the upside, BRL5.25 may offer a nearby cap.

He has been covering the global capital markets in one fashion or another for more than 30 years, working at economic consulting firms and global investment banks. After 14 years as the global head of currency strategy for Brown Brothers Harriman, Chandler joined Bannockburn Global Forex, as a managing partner and chief markets strategist as of October 1, 2018.
My articlesMy siteAbout meMy books
Follow on:TwitterLinkedINSeeking Alpha
Previous SNB Losses in the News
Next Swiss Blockchain-Insurtech Jarowa Raises CHF 12.4 Million Series A for Europe Expansion