by
Jeffrey P. Snider
My articles My books
Follow on:Twitter
Summary:
One day short of one year ago, on September 16, 2019, China’s National Bureau of Statistics (NBS) reported its updated monthly estimates for the Big 3 accounts. Industrial Production (IP) is a closely-watched indicator as it is relatively decent proxy for the entire goods economy around the world. Retail Sales in the post-Euro$ #2 context give us a sense of the Chinese economy’s persistent struggle to try to “rebalance” without the pre-2008 boost China had obtained through actual global growth contributing to its export orientation. The third of the Big 3 is Fixed Asset Investment (FAI), the real secret behind the country’s rapid modernization. FAI is how the Chinese view their own future, whether that’s as a rebalanced consumer-led economy leaping off into a

We’d like to have some idea, therefore, about how Chinese companies and the government are not just interpreting these conditions but acting on those interpretations; what they might actually be doing – rather than what everyone is saying – in anticipation of how they perceive the future for the global economy. FAI.

Instead, all we know is that in August China’s government has admitted in its published numbers how it must have cut back (accumulated YTD +3.2% in August vs. +3.8% in July) on the FAI activity of State-owned businesses. Decelerating fiscal “stimulus” spending is at least consistent with the my-way-or-the-highway anti-stimulus stance Xi Jinping’s Party is already taking in the political realm.

The global economy is really depending upon China to provide momentum and weight to recover. At best, huge questions. More likely, huge puzzles (meaning huge holes that aren’t being filled in very quickly at all). As noted yesterday, the latter really does identify with the very unhappy resurfacing of the Maoist term “rectification.”

The rectification implications will not just be felt by those arbitrarily declared disloyal in the Communist government and Party. What if Xi’s right (again; see: 19th Party Congress) about the true direction China’s economy may actually have taken?

Here they are again, seemingly at odds over how to proceed. Reminiscent of prior battles over whether to revive the economy or just let it go where it will, it appears as if China is in for Xi vs. Li Round 2. Or is it all just clever politics? Li Keqiang may be nominally the Chinese Premier but he’s a very distant second on every list of power players. Xi Jinping holds all the top spots, including a 2017-18 consolidation of power that left Xi rivaling only Mao in terms of dictatorial reach. 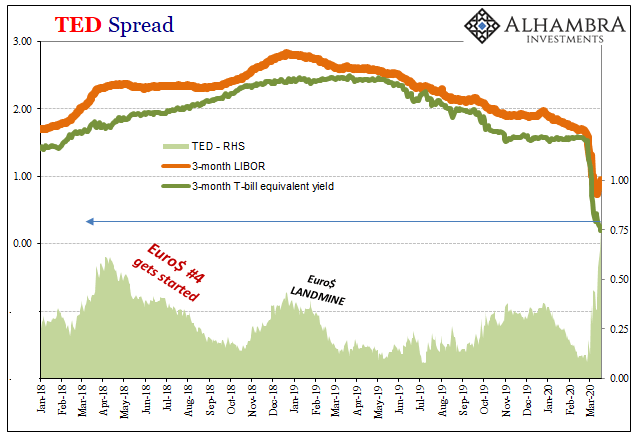 The Smallness of the Most Gigantic

These numbers do seem epic, don’t they? It’s hard to ignore when you have the greatest percentage increase in the history of a major economic account. Just writing that sentence it’s difficult to deny the power of those words. Which is precisely the point: we already know ahead of time how the biggest economic holes in history are going to produce the biggest positives coming out of them.

China’s PMI’s continue to impress despite the fact they continue to be wholly unimpressive. As with most economic numbers in today’s stock-focused obsessiveness, everything is judged solely by how much it “surprises.” Surprises who? Doesn’t matter; some faceless group of analysts and Economists whose short-term modeling has somehow become the very standard of performance.

Unlike some sentiment indicators, the ISM Non-manufacturing, in particular, actual trade in goods continued to contract in May 2020. Both exports and imports fell further, though the rate of descent has improved. In fact, that’s all the other, more subdued PMI’s like Markit’s have been suggesting.

Jeffrey P. Snider is the head of Global Investment Research of Alhambra Investment Partners (AIP). Jeffrey was 12 years at Atlantic Capital Management where he anticipated the financial crisis with critical research. His company is a global investment adviser, hence potential Swiss clients should not hesitate to contact AIP
My articlesMy books
Follow on:Twitter
Previous FX Daily, September 15: The Dollar Softens Ahead of the FOMC
Next Swiss wind power held up by legal challenges