by
Marc Chandler
My articles My siteMy booksAbout me
Follow on:TwitterLinkedIN
Seeking Alpha
Summary:
Swiss Franc The Euro has fallen by 0.06% to 1.071 EUR/CHF and USD/CHF, October 23(see more posts on EUR/CHF, USD/CHF, ) Source: markets.ft.com - Click to enlarge FX Rates Overview: The US dollar is finishing the week on a soft note, falling against all the major currencies. On the week, it is off by at least one percent against most of them, with the Australian and Canadian dollars and Japanese yen, laggards, rising 0.5%-0.75%. Emerging market currencies are largely participating, as well. The JP Morgan Emerging Market Currency Index up almost 1% this week. Turkey, where the central bank disappointed participants by not hiking the one-week repo rate yesterday but hiked the arguably more relevant late loan window by150 bp to14.75%, was not enough to prevent

Australia is an exception to the pattern. Its manufacturing PMI slipped to 54.2 from 55.4. The services component rose to 53.8 from 50.8 and lifted the composite to 53.6 from 51.1. The Reserve Bank of Australia meets on November 2, and official comments have been guided to the market to look for fresh measures. However, it is not immediately clear whether it is ready to move or wait until the December 1 meeting.

Yesterday SWIFT reported that the Chinese yuan’s share on its payments network stood at 1.97% in September, up marginally from August. To put it in perspective, consider that the five-year average is 1.87%, and the two-year average is 1.90%. We suggest a new phase in the yuan’s internationalization is unfolding, and it is not about the use of the yuan. It is the integration of Chinese capital markets into global benchmarks and combined with market-opening measures and other access issues, and what many investors see as favorable macro considerations, including attractive rates and an expanding economy, is drawing international interest.

The attempt to push the dollar back above JPY105 failed in Tokyo, and this sent it back to almost JPY104.50. The low for the week was set on Wednesday near JPY104.35. The JPY104 area is defended by options, and one for about $500 mln expires today. The dollar finished around JPY105.40 last week. Near $0.7150, the Australian dollar is at a six-day high in the European morning. It is recovering from a test on the $0.7000-area earlier this week (~$0.7020 was low).  Initial resistance is seen near the $0.7160-$0.7180 area. An option at the upper end of that range for almost A$830 mln rolls off today. The PBOC set the dollar’s reference rate at CNY6.6703, which was a little weaker than anticipated. Neither reducing the reserve requirements for forward foreign exchange contracts to zero nor the signaled increase of outbound institutional investment quotas offered much resistance to the yuan’s appreciation. It rose in four sessions this week. The move is not large (the dollar fell by about 0.4% this week), but it has been consistent. In fact, the yuan has fallen in only three weeks since the end of H1.

The euro initially extended yesterday’s losses in Asia, but support near $1.1780 held, and it has returned to the $1.1855 area in the European morning. Note that a 2 bln euro option at $1.1800 expires today, and a one billion euro option at $1.1850  will also expire. The high for the month was set in the middle of the week, near $1.1880. Near the session highs, the euro is up about 1.1% for the week, which is the largest weekly gain since July. Sterling continues to consolidate within the large range seen on Wednesday as it rallied amid the signal that UK-EU trade talks were resuming. It reached a high then of almost $1.3170.  It found support today near $1.3050. There are more than GBP1.1 bln in options struck in the $1.3090-$13100 range that expires today. Although it popped up to nearly $1.3115 in early European activity is has come back offered and is little changed in late morning dealings.

The US stimulus talks continue, but approval by the Senate remains a key unknown. In addition to the size of the package, there is several that object to elements, like federal funds for abortions, that makes it unlikely that there will be sufficient votes to join the Democratic Senators to pass the bill. In fact, perceptions that the numbers are not there are now beginning to discourage some Democrats in the House, all of who face re-election, from wanting to return to stop campaigning and return to Washington. The unexpectedly large drop in weekly initial jobless claims, reported yesterday, as California’s figures were updated, and the highest new home sales in 14 years, were cited by some to justify resistance to a large new spending package.

However, it is giving the dollar little succor, even against the North American currencies. The Canadian dollar has edged about 0.6% higher this week (~CAD1.3110). It is the third week in the past four that it has advanced. The US dollar was near six-week lows in the middle of the week (~CAD1.3080). That is where it looks to be heading on its way to the early September low just below CAD1.30. There is an option expiring today for roughly $935 mln at CAD1.3080. The greenback is slipping below MXN21.00. It is falling for the fourth consecutive session and is off about 1% this week. The next target is last month’s low near MXN20.85.

FX Daily, July 9: The Dollar is Sold through CNY7.0 as Chinese Equities Continue to Rally

Investors continue to clamor into risk assets.  Led by Chinese shares, the MSCI Asia Pacific Index pushed higher for the third session this week to new five-month highs.  Europe’s Dow Jones Stoxx 600 is trying to snap a two-day decline with the help of better than expected revenues for its largest tech company. 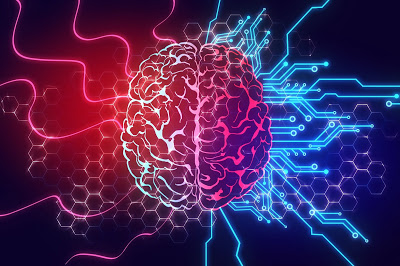 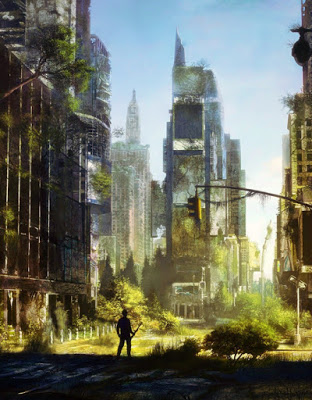 Quarter and month-end considerations could be overwhelming other factors today.  Turnaround Tuesday saw early gains in US equities fade.  Asia Pacific shares were mixed, with the Nikkei (-1.5%) and Australia (-2.3%) bear the brunt of the selling, while China, Hong Kong, Taiwan, and India rose.

He has been covering the global capital markets in one fashion or another for more than 30 years, working at economic consulting firms and global investment banks. After 14 years as the global head of currency strategy for Brown Brothers Harriman, Chandler joined Bannockburn Global Forex, as a managing partner and chief markets strategist as of October 1, 2018.
My articlesMy siteMy booksAbout me
Follow on:TwitterLinkedINSeeking Alpha
Previous World Data Forum: strong international cooperation for quality data
Next How Decades of Media and Faculty Bias Have Pushed America to the Left