THE CURRENT MONETARY ORDER IS NEARING ITS END

by
Claudio Grass
My articles My books
Follow on:TwitterLinkedIN
Summary:
Interview with Dimitri Speck Given the massive intervention and monetary manipulation experiment by central banks over the last decade, the amount of distortions created in the market, as well as the record debt accumulation at all levels of the economy, have given rise to considerable risks for investors. For a more detailed understanding of these issues and for his outlook, I turned to Dimitri Speck, a renowned expert in the development of trading systems and in seasonal analysis, whose experience and successful career spans over two decades. Mr. Speck, founder and head analyst of Seasonax, also has valuable insights into the history of the gold market, as illustrated in his book “The Gold Cartel”. He therefore has a very unique perspective, forged through his experience developing

The controlled demolition of Western Civilization

An unexpected blow to the ECB – Part II

Given the massive intervention and monetary manipulation experiment by central banks over the last decade, the amount of distortions created in the market, as well as the record debt accumulation at all levels of the economy, have given rise to considerable risks for investors. For a more detailed understanding of these issues and for his outlook, I turned to Dimitri Speck, a renowned expert in the development of trading systems and in seasonal analysis, whose experience and successful career spans over two decades. Mr. Speck, founder and head analyst of Seasonax, also has valuable insights into the history of the gold market, as illustrated in his book “The Gold Cartel”. He therefore has a very unique perspective, forged through his experience developing successful trading strategies, combined with his knowledge and deep understanding of economics and the history of our monetary system.

Claudio Grass (CG): After a decade of aggressively expansionist policies by central banks, it would seem we stand at an impasse. Central bankers cannot normalize their policies without risking a market crash and a toxic debt meltdown, while their current overstretched position means they won’t have enough ammunition to fight the next crisis. How do you see this playing out? 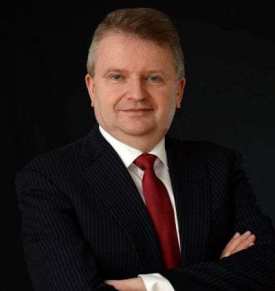 Dimitri Speck (DS): In the short term, low interest rates stimulate the economy. In the long run, however, the persistent and aggressive manipulation keeping all interest rates at ultra-low levels since 2008 has led to massive undesirable developments. As the state’s interest burden fell, politicians wasted money that could have been used productively somewhere else. In addition, due to this overly accommodative environment, inefficient companies stayed in the market, reducing the resources and employees available to other more promising companies. In theory, the low interest rates could also have been used to repay and reduce debt. In reality, however, they facilitated new borrowing and thus encouraged over-indebtedness. As a result, bubbles developed in the stock and in the real estate markets, which in turn led to further malinvestments.

In a nutshell: The low interest rate policy weakened the real economy and at the same time increased debt. That’s the exact opposite effect of what would have been desirable.

Overall, it is typical of the hubris of central bankers who try to plan and control the economy to also try and stimulate it by cutting interest rates. Personally, I even think that it is not the task of the central banks to set interest rates to begin with. However, there is one more tool that remained: the printing press. It will most probably be used heavily and excessively as well.

CG: The Federal Reserve already reversed its plans and announced that there will be no interest rate hikes this year and its intentions to slow down its tightening and end it in September. As it is currently facing increased pressure from President Trump to cut rates and even to resume QE, what is your assessment of this dovish policy direction and its expected impact on the economy?

DS: The effect of interest rate cuts is often overestimated. They do not prevent a bear market in stocks nor do they fend off a recession, as shown in 2000, 2008 and even in the 1930s.

It is about the usual sequence of boom, crash and crisis. Supporters of a solid monetary system, like myself, strongly criticize the credit excesses of the boom phase and want to avoid them, as we clearly see the inevitability of what will come next, as it has time and time again. Nowadays however, most politicians, academics and journalists subscribe to the idea that it is crucial to combat a crisis by printing money afterwards. This idea is naturally more popular than sound and responsible policies, however, in practice it only prolongs the credit excess and increases it, as we can see since the financial crisis of 2008.

Anyone who wants to prevent a deflationary collapse like the one in the 1930s must prevent mass debt defaults. Immediately afterwards, however, the debt levels should be reduced. But, still, it is much better to just avoid the credit excess in the first place.

On a global scale, we are now so heavily indebted that it is unrealistic to hope for any meaningful debt reduction. Instead, resorting to the printing press and strong inflation is a much more likely scenario.

CG: Europe appears to be particularly vulnerable, with a stalled economy and an ailing banking sector, with banks like Deutsche Bank and Italian lenders in serious trouble, as well as incredible amounts of public debt in the bloc. What do you think the implications are for the outlook of the Eurozone?

Europe’s main problem is the faulty design of the Euro. It stands too high for Italy and France and too low for Germany. This has already caused damage amounting to some thousand billion euros. However, there are further vulnerabilities and risk factors in the Euro area and those are as diverse as they are deeply entrenched in their respective member-state economies. Overall, the push towards further centralization and the entire idea of trying to forcibly integrate and fuse together economies of different speeds and wildly varying profiles has delivered questionable results and I expect it to continue to weigh down the bloc going forward. Combined with the dangerously high debt levels, I believe Europe’s economic outlook is far from reassuring.

Nevertheless, it’s not just Europe that is problematic, other regions have their own failures too. Japan is completely overindebted; there is no historical comparison to its current state at all. In China, debt has risen by about one hundred percentage points of GDP in ten years, the fastest increase in a larger economy in peacetime. The US has record levels of public debt and a very high budget deficit. It also carries the weight of the status of the US dollar as the world’s reserve currency. Politicians love this status, because it allows them to cheaply borrow money they typically waste, for instance on an oversized military. But the citizens are suffering from this reserve status of the currency. It is overvalued for decades, which has severely damaged the US export industry.

CG: How do you interpret the steady gold accumulation by central banks in recent years, e.g. Russia, China, etc.?

DS: I believe that this was just the beginning. In the end, it will be very tempting for the US to get rid of its debts by devaluing its own currency. Many creditors are abroad, especially central banks. If the non-American central banks notice the loss of the value of their assets, they will buy much more gold. Then the historically unusual and economically fatal situation where central banks hold the bonds of mainly one country will finally come to an end.

This is one of the reasons I have an optimistic view of gold’s performance in the months and years to come. Also, given the global economic and political landscape, that is troubling to say the least, gold’s appeal is bound to rise and not just among institutional investors.

CG: How about silver’s outlook? Do you think that because it has been dormant for so long, many investors tend to overlook its potential?

Silver should rise even more than gold. Its price is historically very low relative to gold. As soon as the precious metal’s bull market comes into gear, silver traditionally rises faster. The reason is that the above-ground inventory in relation to consumption/production is larger in the case of gold compared to silver. This slows down the rise in the gold price more, as some gold is sold out of these inventories. Silver, on the other hand, has relatively lower above-ground inventories, so it can rise even more.

CG: You have extensively analyzed the history of manipulation in the gold market, making a compelling case in your book, “The Gold Cartel”. Based on your insights, what the relevant effects and implications for investors and is this something they should also bear in mind today?

DS: On August 5th, 1993, some Western central banks had begun to manipulate the price of gold. One of the ways in which this was done back then was physical supply through sales and loans. However, since 2001, this has had no negative impact on the price anymore. Central banks reclaimed the gold they had lent, which ultimately other central banks delivered through sales. The price of gold rose. There is no threat of physical supply in large quantities today as well. The gold suppression through sales and loans is history.

The other way to suppress the price of gold was the selling of futures to demotivate investors. This can still happen at any time. But this method only has a long-term effect if investors have alternative investments. In an environment of low real interest rates, these alternatives are rising stock prices. That was the case after 2011 and a similar effect was seen in the mid-1970s. However, for the foreseeable future, real interest rates will not rise, due to over-indebtedness. And stocks are valued as high as they were in 2000 in terms of market capitalization to GDP, so a long-term rise of the stock market is very unlikely.

For these reasons, the gold price manipulation will no longer work in the long term and thus no investor has to fear it.

CG: Overall, given the truly grim prospects of stock markets and the economy at large, how would you evaluate the importance of physical gold holdings as an insurance in the coming years?

DS: The current monetary order is nearing its end. The elimination of over-indebtedness is inevitable, which will reduce the monetary savings by at least 50%. Naturally, this process will take years, however, in this scenario, the price of gold could increase about tenfold at its peak.

Claudio Grass is a passionate advocate of free-market thinking and libertarian philosophy. Following the teachings of the Austrian School of Economics he is convinced that sound money and human freedom are inextricably linked to each other. He is one of the founders of GoldAndLiberty.com.
My articlesMy books
Follow on:TwitterLinkedIN
Previous Fed policy U-turn and US markets: “An eternally high plateau”
Next REAL RECOVERY OR MARKET TRICKERY? Claudio Grass On The Everything Bubble – And The Asset Class That’s Still Cheap