Getting Whipped Will Really Hurt

by
Jeffrey P. Snider
My articles My booksMy videos
Follow on:Twitter
Summary:
The Federal Reserve’s various branches don’t just do manufacturing surveys anymore. This is a modern economy, after all, meaning industry isn’t the same top dog as what it used to be. While still important, and still able to tear down even the global-iest synchronized of growth-y, services are the big macro enchilada. Reflecting this fact, there are now regional Fed services surveys producing services indices to go along with the manufacturing sentiment stuff. I’ll start with the one from Dallas for all of Texas because this one was released today with the latest estimates for June 2022. In a word: worse. . The Dallas Fed Texas Services General Business Index plummeted, yes, plummeted, to -12.4 this month from last month’s not-good-at-all +1.5. More concerning

With these figures in mind, therefore production woes are piling up as much as goods have been. The deterioration in forward-looking new orders for production proportional to just how bad a situation this has become for wholesalers who maybe now can’t move any goods up to retailers.

And if the picture of future demand is as dire as some of these other datapoints (not just in Texas, consumer confidence everywhere including sales conditions worldwide) ominously indicate, that also accounts for the recessionary speed at which all these things are hitting simultaneously.

To recap by repeating from earlier:

This isn’t some modest macro downgrade; no garden variety slowdown would cause a wholesale (pun intended) change from ultra-hawk to rate-cutting and do it in a matter of just months! It’s not just recession what’s being served up and predicted, as more and more data confirms on both sides, supply and demand, it’s looking really nasty from here on.

While the rest of the world only now begins to make peace with recession, we’ve seen it coming the whole way. And now what we see from here is…even worse.

It’s not recession fears, those are in the past. For much if not most (vast majority) of mainstream pundits and newsmedia alike, unlike regular folks this is all news to them (the irony, huh?) Economists and central bankers everywhere had said last year was a boom, a true inflationary inferno raging worldwide. 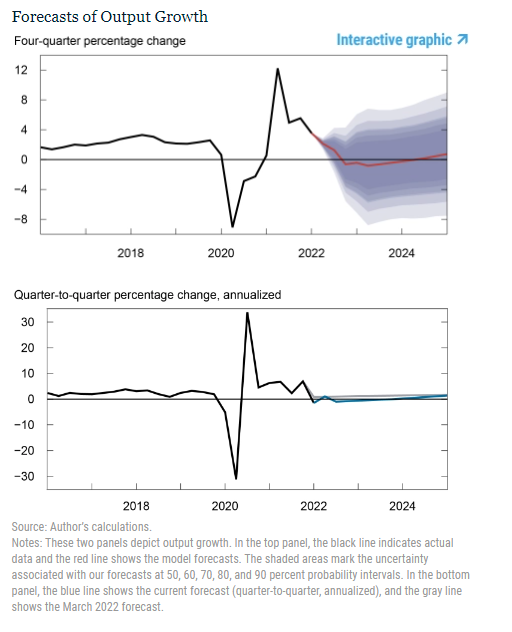 At his last press conference, Federal Reserve Chairman Jay Powell made a bunch of unsubstantiated claims, none of which were called out or even questioned by the assembled reporters. These rituals are designed to project authority not conduct inquiry, and this one was perhaps the best representation of that intent. Powell’s job is to put the current predicament in the best possible light, starting by downplaying the current predicament.

Curve Inversion 101: US CPI Politics Up Front, China PPI Down(ing) The Back

While the world fixated on the US CPI, it was other “inflation” data from across the Pacific that is telling the real economic story. Having conflated the former with a red-hot economy, the fact American consumer prices aren’t tied to the actual economic situation has been lost in the shuffle of the FOMC’s hawkishness, with markets obliged to price wrong-way Jay.

Weekly Market Pulse: Welcome Back To The Old Normal

Stagflation. It’s a word that strikes fear in the hearts of investors, one that evokes memories – for some of us – of bell bottoms, disco, and Jimmy Carter’s American malaise. The combination of weak growth and high inflation is the worst of all worlds, one that required a transformational leader and a cigar-chomping central banker to defeat the last time it came around.

The goods economy in the United States is – maybe was – the lone economic bright spot. That in and of itself should’ve provoked more caution, instead there was the red-hot recovery to sell under the cover of supply shock pricing changes. The sheer spending on goods, and how they arrived, each unabashedly artificial from the get-go.

The Short, Sweet Income Case For Ugly Inversion(s), Too

A nod to just how backward and upside down the world is now. The economic data everyone is made to pay attention to, payrolls, that one is, in my view, irrelevant. As is the consumer price estimates from earlier this week, the PCE Deflator. That’s another one which receives vast amounts of interest even though it is already old news.