by
Swissinfo
My articles My booksMy videos
Follow on:TwitterFacebookGoogle +
Summary:
Some Western countries plan to officially ban gold imports from Russia. In 2021, Russia dug up 314 tonnes of gold, nearly 10% of the metal mined globally. Ria Novosti An unexpected spike in Switzerland’s gold imports from Russia is under scrutiny as the leaders of the world’s wealthiest nations gear up to introduce a ban on the precious metal. The G7’s focus on gold, Russia’s second-largest export after energy, marks the latest effort by Western nations to ramp up pressure on Moscow over its war on Ukraine. Britain, Canada, Japan and the United States have already committed to the ban, which aims to stop oligarchs from using gold to skirt sanctions. The joint action by four of the seven G7 powers “will directly hit Russian oligarchs and strike at the heart of Some Western countries plan to officially ban gold imports from Russia. In 2021, Russia dug up 314 tonnes of gold, nearly 10% of the metal mined globally. Ria Novosti

An unexpected spike in Switzerland’s gold imports from Russia is under scrutiny as the leaders of the world’s wealthiest nations gear up to introduce a ban on the precious metal.

The G7’s focus on gold, Russia’s second-largest export after energy, marks the latest effort by Western nations to ramp up pressure on Moscow over its war on Ukraine.

Britain, Canada, Japan and the United States have already committed to the ban, which aims to stop oligarchs from using gold to skirt sanctions. The joint action by four of the seven G7 powers “will directly hit Russian oligarchs and strike at the heart of [Russian President Vladimir] Putin’s war machine”, said British Prime Minister Boris Johnson on Sunday. The other G7 nations are expected to come on board.

“The United States has imposed unprecedented costs on Putin to deny him the revenue he needs to fund his war against Ukraine,” US President Joe Biden said in a tweet.External link “Together, the G7 will announce that we will ban the import of Russian gold, a major export that rakes in tens of billions of dollars for Russia.”

Swiss purchases of Russian gold came to a halt in March, shortly after Russia invaded Ukraine. But to the surprise of gold experts in Switzerland nearly three tonnes of Russian gold reached the Alpine nation in May via the United Kingdom. The delivery – worth over CHF190 million ($198 million) – was first flagged by Bloomberg news agency. The Federal Office for Customs and Border Security confirmed on June 24 that it was examining the imports concerned.

On March 7 the London Bullion Market Association (LBMA) suspended six Russian gold refineries from its Good Delivery accreditation system as sanctions against Moscow multiplied. That meant the international gold market would not accept any bars of Russian gold after that date. Switzerland followed suit but loopholes exist.

Almost all the gold that reached Switzerland in May was registered by customs as being for refining or other processing, raising the possibility that it ended up at a Swiss gold refinery or foundry. But the Swiss Association of Manufacturers and Traders in Precious Metals maintains that none of its members are at the origin of these imports.

“None of our members has received this gold,” says Christoph Wild, head of the association and former CEO of Argor-Heraeus in canton Ticino. “If a Swiss refiner had bought this gold, they would have to pay somehow. How could they do it, knowing that most Russian banks, are sanctioned, so there’s no money flow possible [to Russia],” he said.

“Personally, I believe it is in a deposit in the Gotthard area or wherever,” he says referencing a region in Switzerland famed for its high security vaults. “It may have been brought to Switzerland by some very wealthy importer and now it is probably stored in our country. For the time being, it remains a mystery.”

The Swiss Association of Manufacturers and Traders in Precious Metals has 13 members, including four of the world’s top gold refineries: Argor-Heraeus, Metalor, MKS Pamp and Valcambi. It excludes Rolex, Nivarox, and DBCH. Switzerland is also home to 23 foundries licensed to smelt gold.

“It is very difficult to know who is behind this trade deal,” says Marc Ummel, head of the raw materials unit at campaigning NGO Swissaid, noting that given the quantity of gold involved, smaller players struck him as a less likely scenario. Swiss customs, so far, has declined to shed light on the issue, saying “no information on gold importers can be provide for legal reasons.”

Worth $15.5 billion (CHF14.9 billion) to the Russian economy in 2021, gold is a major export for Russia. Moscow gold purchases increased in 2014 in the wake of US sanctions on Russia over its annexation of Crimea. US officials estimate Russia has about $140 billion in gold reserves, roughly a fifth of the Russian Central Bank’s holdings. At the end of 2021, Russia had the world’s fifth-largest gold reserves.

Mark Pieth, author of Gold Laundering: The Dirty Secrets of the Gold Trade, notes that there are three kinds of gold that make it to Switzerland from Russia: gold privately owned by a mining company – a possible explanation for the origin of the three tonnes that arrived in May; gold owned by oligarchs, which would be typically blocked by sanctions; and gold owned by the Russian Central Bank, also under sanctions.

“Given that the gold is already refined, the probability that this gold comes from the [Russian] central bank or has been refined by the six [Russian] refineries that were delisted from the LBMA is quite high,” according to Ummel.

“But it’s also possible that this gold was sent from Russia to the UK two years ago. It has now come to Switzerland and the importer declared ‘Russia’ even if [the gold had been] in the UK for two years,” he said. “This is also something which is not clear: how long does the gold need to stay in the intermediary country to be declared as the country of origin.”

Ummel and Pieth have long championed greater transparency in the Swiss gold sector. They are concerned that countries like the United Arab Emirates (UAE) or other hubs willing to take shady gold are used to skirt sanctions, pointing to an increase in gold imports from Dubai to Switzerland after the start of war in Ukraine.

“We hope that Switzerland will take the same road and ban all Russian gold imports – direct and indirect – through other countries like the UAE or other risky gold countries,” Ummel said.

As the G7 introduces sanctions targeting Russian gold, Switzerland – which is not part of the European Union but has aligned with Western sanctions against Russia – will come under pressure to do more on this front. Successfully beefing up sanctions on gold would require something that Ummel and Pieth consider to be in short supply in the gold trade: transparency.

“Direct imports from Russia would no longer be possible, nor would indirect imports,” says Ummel. “That would mean that when Switzerland imports gold from the UK, Dubai or other gold centres, the administration will have to look at it and make sure that it’s not coming indirectly from Russia.”

For Pieth, the question is whether the authorities are in a position to control and enforce this with refineries. “The difficulty is that refineries don’t buy the gold,” he said. “They have a service function. So if gold is exported by a Russian mine through Switzerland into India, it would be merely refined in Switzerland. It goes in and out and nobody really is checking on the refineries. There’s no supervision.” 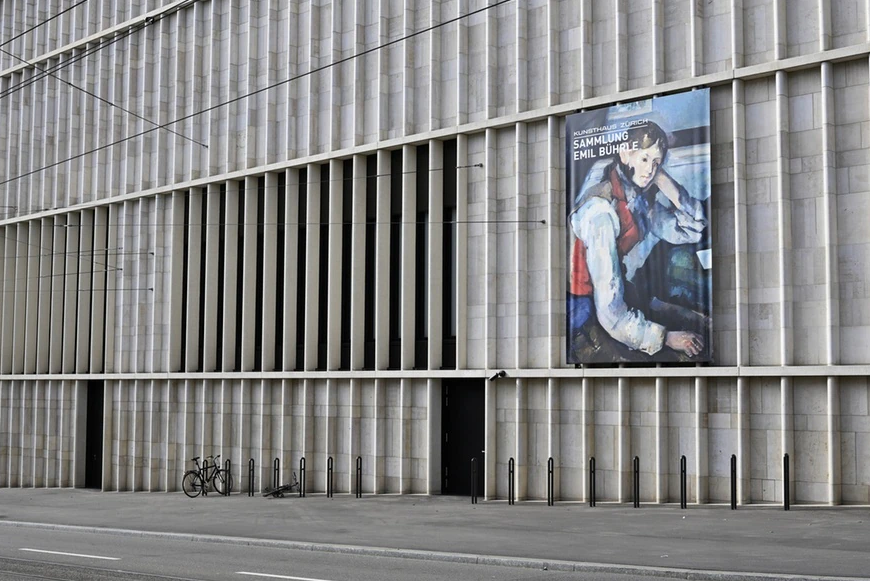 Sanctions imposed on Russia have focused debate over the country’s long-cherished economic haven status. In the gleaming new Chipperfield extension of the Zurich Kunsthaus, all polished limestone and gold, is a room dedicated to expiating the moral debits of economic neutrality. The Bührle collection is one of the greatest privately-amassed troves of modern European art, and the pride of the new building. The effectiveness of sanctions against Russia have again been called into question as it emerged that an oligarch transferred his stake in a fertilizer company to his wife. The move has apparently thwarted European Union sanctions that Switzerland also enforces. 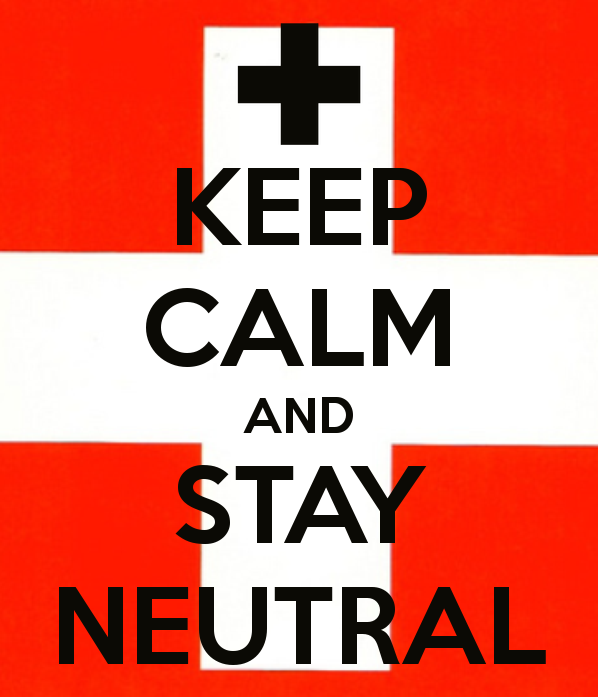 Against the backdrop of the war in Ukraine, the Swiss ambassador to NATO, Philippe Brandt, explains the importance of Switzerland’s partnership with the alliance, which he views as perfectly compatible with Swiss neutrality.

Vladimir Putin’s invasion of Ukraine has led to an exodus of well-known western brands from Russia, but not every company has joined the rush. 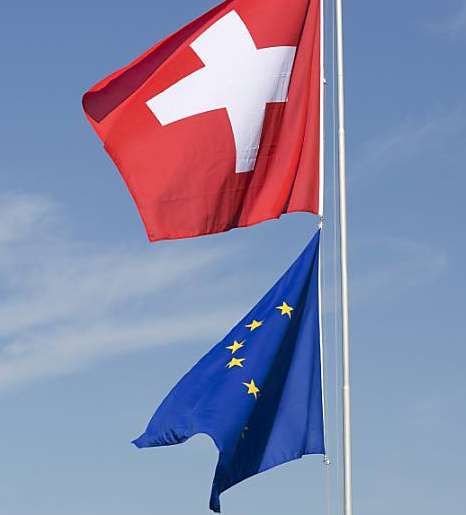 Why Switzerland doesn’t want to join the European Union

Switzerland and the European Union have a complicated relationship. The recent decision by the Alpine nation to definitively shut the door on a framework agreement with the EU reaffirms its attachment to its independence. It shows that 30 years after refusing to join the EU, Switzerland’s stance has only been reinforced. We look at some of the main reasons why. 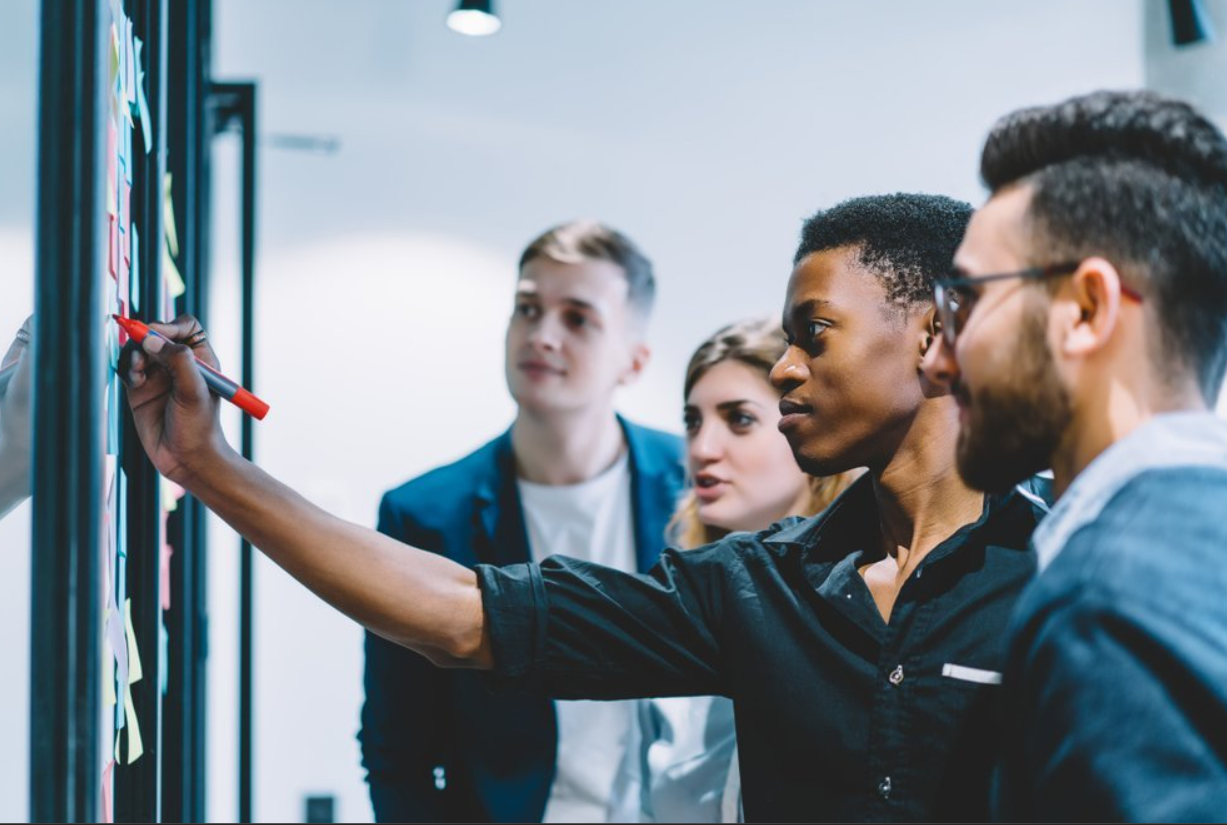 Companies will no longer have to prove there are no Swiss job candidates in some sectors. Moves to cut red tape for non-EU foreign workers in Switzerland will not necessarily lead to more work visas being issued.
On Friday, the government announced measuresExternal link to make it easier to hire skilled workers from such countries as India, Britain, China and the United States.By making it simpler to award B and L work permits, Switzerland hopes that the “innovative power of the economy can be strengthened.”Companies are usually obliged to prove that there are no Swiss people who could fill a position before it is offered to a candidate

The Swiss government has pledged to implement from 2024 the minimum tax rate for large multinational companies under a global tax deal.

SWI swissinfo.ch – the international service of the Swiss Broadcasting Corporation (SBC). Since 1999, swissinfo.ch has fulfilled the federal government’s mandate to distribute information about Switzerland internationally, supplementing the online offerings of the radio and television stations of the SBC. Today, the international service is directed above all at an international audience interested in Switzerland, as well as at Swiss citizens living abroad.
My articlesMy books
Follow on:TwitterFacebookGoogle +
Previous Getting Whipped Will Really Hurt
Next Argentinien beschlagnahmt Crypto-Wallets

Getting Whipped Will Really Hurt