by
Marc Chandler
My articles My siteAbout meMy booksMy videos
Follow on:TwitterLinkedIN
Seeking Alpha
Summary:
The dollar surged last week. Sure, the push of the Fed was notable, but the larger move from Sweden’s Riksbank failed to impress. In fact, the Swedish krona was the poorest performer among the G10 currencies, tumbling 5% last week. Sterling was pummeled to .0860 even as the market moved to discount the likelihood of a 100 bp hike at the next Bank of England meeting on November 3. It cannot be entirely laid at the Fed’s feet. Sterling’s biggest drop (~3.5%) was recorded in reaction to the new government’s fiscal package. Emerging market countries in Asia Pacific have been slower than other regions in raising interest rates. Banks seem to still be lowering their projections for China’s growth, Yet the Fed is blamed for their challenges. The drag on central 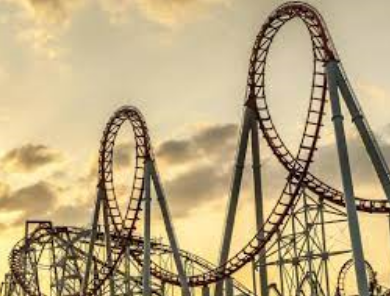 The dollar surged last week. Sure, the push of the Fed was notable, but the larger move from Sweden’s Riksbank
failed to impress. In fact, the Swedish krona was the poorest performer among the G10 currencies, tumbling 5% last week. Sterling was pummeled to $1.0860 even as the market moved to discount the likelihood of a 100 bp hike at the next Bank of England meeting on November 3. It cannot be entirely laid at the Fed’s feet. Sterling’s biggest drop (~3.5%) was recorded in reaction to the new government’s fiscal package.

Emerging market countries in Asia Pacific have been slower than other regions in raising interest rates. Banks seem to still be lowering their projections for China’s growth, Yet the Fed is blamed for their challenges. The drag on central European currencies seems more regional than global, which is to say more about Europe and the euro than the US and Federal Reserve. Of the top four emerging market currencies this year, three (Brazil, Peru, and Mexico) are in Latam. The 30% appreciation of the rouble is an outlier due to its unique situation.

As the following review finds, the dollar’s move in the last few days has been extreme, and several pairs are outside of their Bollinger Bands, set at two standard deviations from the 20-day moving average. The Dollar Index, the euro, and sterling closed beyond three standard deviations. Momentum indicators, for the most part of not as extreme. The dollar will likely rise further though it may consolidate as interest rates stabilize. A non-linear moment occurred between Russia’s (partial?) mobilization and the Fed guidance that saw the market raise its expected terminal rate. As the market wrestles with it possibly being above 4.75% in Q2 23, the next key data point is likely the September jobs data in a couple of weeks. The early call is for around a 250k increase, which, while slower than August, will still be seen by the policymakers as a solid number. In the meantime, the Fed’s pre-meeting silence period has ended, and more color is likely.

Let’s turn to the price action.

Dollar Index: The Dollar Index screamed above 113.00 ahead of the weekend to record a new 20-year high. There is little on the charts until the 2000-2001 highs between roughly 120.50 and 121.00. While the Bollinger Band is set at two standard deviations around the 20-day moving average, the DXY finished more than three standard deviations higher. The upper Bollinger Band is about 111.80, while the third standard deviation from the 20-day moving average is closer to 112.80. The MACD is racing higher but is not over-extended, and the Slow Stochastic is also rising and slightly below the over-extended mark. Initial support is seen near 112.50.

Euro: The single currency took another leg down ahead of the weekend. Its 3.4% loss last week was the most since that dreadful third week of March 2020. It sunk to almost $0.9665, a new 20-year low. The preliminary September composite PMI, released at the end of last week, fell to 48.2 from 48.9. It is the third consecutive month below the 50 boom/bust level. Yet the market is confident (85%) of another 75 bp hike by the ECB next month. Like the Dollar Index, of which it is the most significant component, the euro fell beyond three standard deviations from its 20-day moving average. That marker is found slightly below $0.9690, while the Bollinger Band (two standard deviations from the 20-day moving average) finished the week near $0.9780. The momentum indicators are falling and are not yet over-extended. The $0.9600 area that we thought would be the bottom looks too optimistic. Talk of $0.8500-$0.9000 is circulating. Initial resistance may be found in the $0.9720-35 area.

Japanese Yen: After confirming no intention to change monetary policy, the Bank of Japan intervened last week as the dollar approached JPY146.00. It drove the greenback to almost JPY140 before tentative buyers emerged. That range is likely to prove important now. The JPY143.15 area is the middle of the range, and the (61.8%) retracement is close to JPY143.80. The US 10-year yield rose to almost 3.83% before the weekend and reversed lower to nearly 3.65%. It settled slightly below 3.70%. The two-year yield finished strong near 4.20%, almost a 35 bp increase on the week. If that is going to take pressure off the yen, it was not evident ahead of the weekend. The dollar closed near its session highs (~JPY143.45), around its best levels since the intervention. The market may gingerly fish for the BOJ’s pain threshold.

British Pound: What it took the euro a week to lose, ~3.5%, sterling lost ahead of the weekend and as the market took a dim view of the next government’s fiscal plans. It had been on the defensive, and the Bank of England’s 50 bp rate hike on September 22. The high after the hike was about $1.1350, and almost 36 hours later, it traded $1.0840 before the week ended. Sterling finished over three standard deviations (~$1.0935) below its 20-day moving average. The MACD and Slow Stochastic oversold. The $1.10 target we suggest turned out to be around the midpoint of the pre-weekend range in North America. There is little on the charts ahead of the February 1985 low, near $1.0520. For its part, the euro surged through the GBP0.8850 area, the halfway point range since the March 2020 peak near GBP0.9500 and the low set earlier this year by GBP0.8200. The next retracement (61.8%) is found at GBP0.9000.

Canadian Dollar: The US dollar brings a four-day advance into the week ahead. Since the low on September 13 (~CAD1.2955) to the pre-weekend high (~CAD1.3610), it rose roughly 5.1% and reached its best level since mid-July 2020. The next big chart point is the (61.8%) retracement of the greenback’s decline from the March 2020 high (~CAD1.4670) is around CAD1.3650. Above there are the highs from June 2020 by CAD1.3700-20. The US dollar finished above its upper Bollinger Band (~CAD1.3515) but well below the three standard deviation mark (~CAD1.3670). The MACD has gone parabolic and is at two-and-a-half year highs. The Slow Stochastic is overextended but appears poised to roll over next week. To pick a US dollar top here may be similar to picking a bottom in the S&P 500. The rolling 30-day correlation of the changes is around 0.70. The correlation between the exchange rate and WTI is a more modest 0.35.

Australian Dollar:  The Aussie was tagged for about 2.7% last week, following a 1.8% drop the previous week. Since meeting the head-and-shoulders measuring objective near $0.6600, it kept falling and reached almost $0.6510 ahead of the weekend. It has not been this low since Q2 2020, as it was recovering from the panic low of around $0.5500. The next interesting chart area below $0.6500 is $0.6465, which is the (61.8%) retracement target. It finished below its lower Bollinger Band (~$0.6575) but above the three standard deviation mark ($0.6485). The MACD is falling and is near the July lows. The Slow Stochastic is above the lows set earlier this month, and although it is still over-sold, it looks poised to turn higher. The $0.6560-80 may offer the nearby cap.

Mexican Peso: The peso was resilient for most of last week before getting hit before the weekend. Through Thursday, it was up about half of a percent but then was cut 1.3% on Friday. The dollar closed above the upper end of its six-week range between MXN19.80 and MXN20.20 and was the highest since August 9. It approached the 200-day moving average (~MXN20.27) and reached almost MXN20.2620. The momentum indicators do not appear to be generating a useful signal; perhaps it is understandable, given the choppy sideways trend. A move above the MXN20.30 area would signal a move toward MXN20.40-45. The recent pattern has been for the peso to bounce back quickly. The central bank meets on September 29 and is widely expected to match the Fed’s 75 bp move. A three-month US T-bill yields slightly less than 3.2%. The three-month cetes yield is three times more at 9.65%. Buying the three-month cetes at MXN20.80 and hedging out the currency risk in a three-month forward can be done at around MXN20.55. That insurance costs about 1.2%. The currency-hedge cetes yield is a little less than 8.5%. The Brazilian real is the strongest currency in the world this year, leaving aside the Russian rouble, which is a special case. It is up nearly 6% this year. During all the volatility last week, it fell by about 0.25% against the dollar. And this is two weeks ahead of the national elections in which even before the votes are cast, there is fear that the outcome will be disputed. That said, most observers expect to have to go to a run-off, which will be held on October 30.

Chinese Yuan: The US dollar is trending higher against the yuan. Ahead of the weekend almost reached CNY7.13. The dollar is permitted by Chinese officials to move no more than 2% from the reference rate. The reference rate was set at CNY6.9920. A 2% gain would allow it to move slightly above CNY7.13. This is the closest it has come toward its cap in seven years. The offshore yuan (CNH) does not trade in a band but mostly respects the onshore band. The dollar reached almost CNH7.1475 ahead of the weekend and settled slightly below CNH7.1380. The highs from 2019-2020 were set around CNY7.1780-CNY7.1850. There is talk of CNY7.25-CNY7.50.  Given the US dollar’s broad strength and the obvious divergence of monetary policy, why should China resist? If a strong dollar is part of the tightening of financial conditions in the US, as Fed Chair Powell has said, a weaker yuan exchange rate is consistent with its efforts to support the economy.   Like many other pairs, the greenback finished above the redback’s upper Bollinger Band (~CNY7.0940). At the start of last year, China paid about 125 bp more than the US to borrow for 10 years. Now the US spends 100 bp more than China.

He has been covering the global capital markets in one fashion or another for more than 30 years, working at economic consulting firms and global investment banks. After 14 years as the global head of currency strategy for Brown Brothers Harriman, Chandler joined Bannockburn Global Forex, as a managing partner and chief markets strategist as of October 1, 2018.
My articlesMy siteAbout meMy books
Follow on:TwitterLinkedINSeeking Alpha
Previous The Idea of Liberty Is Western
Next How Could Inflation Impact Corporate Retirement Plans?

The Idea of Liberty Is Western