by
Antonius Aquinas
My articles My booksMy videos
Follow on:Twitter
Summary:
Putting the World on a Paper Standard Half a century ago one of the most disastrous monetary policy decisions in US history was committed by Richard Nixon.  In a television address, the president declared that the nation would no longer redeem internationally dollars for gold.  Since the dollar was the world’s reserve currency, Nixon’s closing of the “Gold Window” put the world on an irredeemable paper monetary standard. The ramifications of the act reverberate to this very day.  America’s current financial mess, budget deficits, the reoccurring booms and busts, the decline of living standards (particularly the middle class), all have their genesis with Nixon’s infamous decision in August, 1971. Richard Nixon during his televised speech on the “temporary”

FDR’s action, like Nixon’s, demonstrated how much the power of the presidency had expanded.  It shows again the flawed and frankly naïve argument put forth by Constitutionalists and conservatives of every ideological persuasion that the celebrated “separation of powers” theory that supposedly checks the aggrandizement of federal power could not prevent the audacious acts of FDR and Nixon.   Despite what is taught in social sciences courses, a true gold standard is a greater protector of individuals’ economic well being and, ultimately, their political liberty than any legislation, bills of rights, or constitution ever penned.  Hard money limits state power!

The primary reason why President Nixon closed the Gold Window was to fund the nation’s “guns & butter” economic and social policies which had begun under his predecessor Lyndon Johnson.  Johnson’s “War on Poverty” and his escalation of the war in Vietnam caused the Fed to print vast amounts of money which began to drain the Treasury of gold.

While U.S. citizens and financial institutions could not redeem dollars for gold, foreign central banks could.  The U.S.’s inflationary policy to fund its domestic and foreign objectives was why the Gold Window was closed.  In effect, the U.S. was reneging on its commitment which had been in place since Bretton Woods.  It was not as President Nixon announced as part of his new economic policy initiative entitled “The Challenge of Peace,” “to take action necessary to defend the dollar against the speculators.”* Instead, it was the type of monetary chicanery that banana republic’s often pursue.

Culturally, the eradication of hard money was part of the transformation of a mature, frugal, hardworking, and future-oriented people into an infantile, self-absorbed, dysfunctional, and hedonistic collection of individuals. While many consequences of this change could be cited, one of the most telling is that America has gone from a creditor nation (in 1971) to a debtor nation within a couple of generations.  Not only has the national debt exploded (which now exceeds $30 trillion!), but personal and corporate debt are at dizzying heights.

Conclusion – A “Great Reset” Is Required

At this point, a reversal of President Nixon’s decision would do little to confront the immense problems which the U.S. economy faces.  A “Great Reset” of the economic system is in order, but not the kind envisioned by the world’s financial elites.  An honest-to-goodness reset would begin with a return to a metallic monetary standard where all national currencies would be redeemable in gold/silver.  Such a move would put a real check on banks’ ability to create money “out of thin air.”

The return of prosperity will only come about when gold is again a part of the monetary order and reasserts its critical role in the limitation of central bank power.

In our July 29 post titled How Gold Stacks Up Against Stocks, Property, Commodities and Big Macs! we showed readers charts of gold as a ratio to other assets and products. We discussed that gold competes with crypto and stocks for the investment dollars.

The world should take a lesson from how East Asia ran itself in 2020. Japan had no lockdown. None. With an aging population, its death rate has been creeping up for many years. In 2020, it fell by 0.7%, as if Covid-19 was a life-saver.

I have just returned from a visit to my family in India. It was hard to escape. To get to the US from India, I needed a COVID test. The Indian government has seriously restricted who can provide COVID testing, treatment, and vaccination. Private doctors and hospitals that are not approved face brutal legal consequences if they provide COVID treatment.

The business of fighting Covid-19 is now estimated at around $150 billion. As of March 2021, 354 million vaccine doses have been delivered – 90 percent of them to countries that are home to only 10 percent of the world’s population. If 65 to 85 percent of people have to be vaccinated to reach global immunity, then it is unlikely to happen this year. 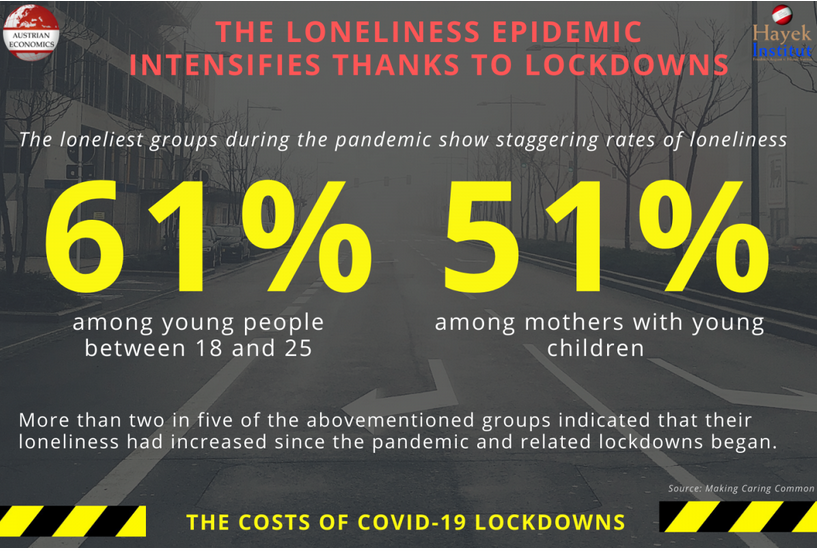 The Loneliness Epidemic intensifies Thanks to Lockdowns 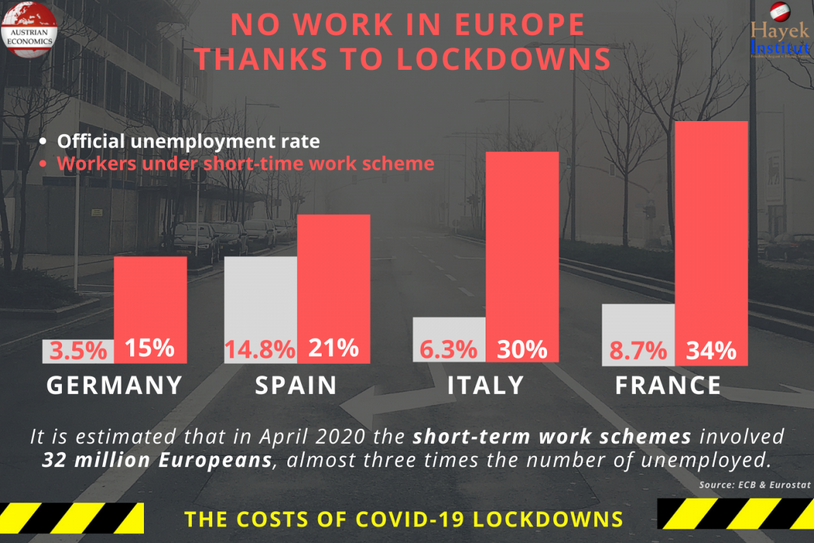 Antonius Aquinas is a contributor to Acting Man, Zero Hedge, Lew Rockwell Market Oracle
My articlesMy books
Follow on:Twitter
Previous Why the Global Economy Is Unraveling
Next Taper *Without* Tantrum

Why the Global Economy Is Unraveling