by
Win Thin
My articles My booksAbout me
Follow on:LinkedIN
Seeking Alpha
Summary:
Christine Lagarde will chair her third ECB meeting Thursday.  She faces growing risks of recession but also widespread skepticism within the ECB regarding the efficacy of negative rates.  Markets have priced in several rate cuts this year.  Here, we discuss what measures the ECB may take this week. POLICY OUTLOOK It’s worth noting that even with the complicated voting rights system, a formal vote is not always needed to act.  For instance, at the September 2019 meeting, Draghi acknowledged a “diversity of views” on QE but said that “in the end the consensus was so broad there was no need to take a vote.”  What might the ECB do this week? 1) WIRP suggests nearly 100% odds of a 10 bp cut in the deposit facility rate by the ECB this week.  Looking further out, 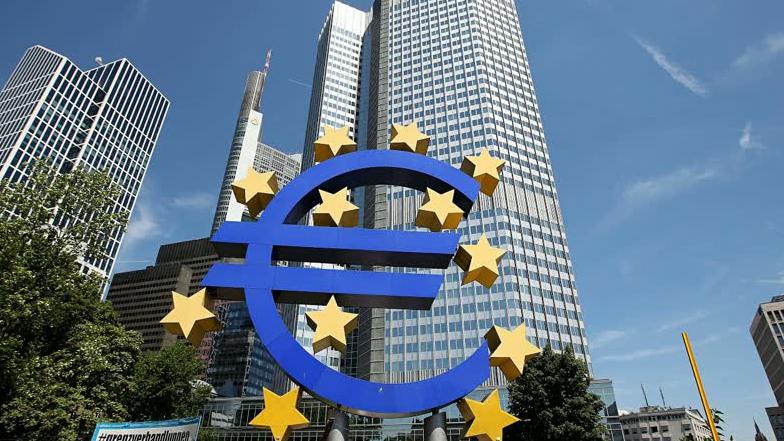 Christine Lagarde will chair her third ECB meeting Thursday.  She faces growing risks of recession but also widespread skepticism within the ECB regarding the efficacy of negative rates.  Markets have priced in several rate cuts this year.  Here, we discuss what measures the ECB may take this week.

It’s worth noting that even with the complicated voting rights system, a formal vote is not always needed to act.  For instance, at the September 2019 meeting, Draghi acknowledged a “diversity of views” on QE but said that “in the end the consensus was so broad there was no need to take a vote.”  What might the ECB do this week?

1) WIRP suggests nearly 100% odds of a 10 bp cut in the deposit facility rate by the ECB this week.  Looking further out, markets have nearly priced in another 10 bp cut by the July 16 meeting and partially priced in another 10 bp cut by early 2021.  We are not so sure that the ECB will be willing to take rates more negative.  If it does, however, we expect the ECB will have to increase so-called “tiering” that allows banks to avoid some of the increased interest charges on their deposits at the ECB.  Many on the ECB (and in the markets) question the efficacy of negative rates and whether the costs outweigh the benefits.

2) Another Targeted Long-Term Refinancing Operation (TLTRO) would be a low cost option to help support eurozone banks.  The last TLTRO (III) was announced in June 2019, began in September 2019, and will end March 2021.  Peripheral banks, particularly Italian, were big subscribers of previous TLTROs to take advantage of cheap long-term funding.  While this would help maintain the health of the banking sector, the impact on boosting lending and activity remains limited.

3) Quantitative Easing (QE) could be increased.  European corporate spreads have come under pressure recently and so the ECB could expand its purchases of corporate debt to help stabilize that market.  Recall that the ECB restarted QE at its September meeting to the tune of EUR20 bln per month.  These purchases are open-ended and will continue for as long as necessary to meet the inflation target.  The ECB’s balance sheet stands at around EUR4.7 trln ($5.17 trln) at the end of February.  Here, the debate has always centered around if and how balance sheet expansion can boost the economy.  The impact is typically thought to be indirect via the portfolio wealth effect.

4) The ECB could grant regulatory relief to boost lending.  Reports suggest Germany’s banking regulator is debating whether to ease the so-called counter-cyclical capital buffer.  This would ease the amount of reserves that banks must hold, potentially freeing up more funds for lending.  Of course, this suggests that the supply of funds is a constraint when in actuality, it is the demand side that is at risk.

5) The ECB could jawbone the euro weaker.  With growing concern about the impact of negative rates on the economy, a weaker euro really is the easiest and surest way to get some stimulus to the economy.  While the ECB professes not to target the exchange rate, that never prevented Trichet or Draghi from making comments that worked to weaken the euro.  Of course, with any underlying shift in the interest rate differentials or economic fundamentals, jawboning typically has limited impact.

6) New staff forecasts will be released.  At the December meeting, the ECB shaved its 2020 growth forecast to 1.1% from 1.2% in September, while the 2021 forecast was kept steady at 1.4%.  In terms of the inflation forecasts, the ECB adjusted its 2020 and 2021 forecasts then to 1.1% and 1.4% vs. 1.0% and 1.5% in September, respectively.  The ECB noted then that “Compared with the September 2019 projections, the technical assumptions include higher oil prices, a weaker effective exchange rate and higher interest rates. “  How much has changed since December?  In a word, everything.  We expect significant downward revisions to the macro forecasts.

It’s clear from this menu of choices that the scope for an impactful policy change by the ECB is limited.  Rather, markets are right to look to fiscal policy to help offset the coronavirus impact.  Yet even there, fiscal stimulus can only partially offset.  When all is said and done, expansionary policy will do little when quarantines are in effect and supply chains are broken.

The last time the ECB announced easing measures was at its September 12 meeting.  Besides cutting the overnight deposit rate by 10 bp to -0.5%, forward guidance changed to say rates would stay at present or lower levels until the inflation outlook converges to its goal of just below 2%.

At the January 23 meeting, the ECB expressed a slight improvement in its economic outlook.  It noted downside risks had become “less pronounced” (vs. “somewhat less pronounced” in the December statement). There was a similar tone regarding the region’s inflation trend, noting “some signs of a moderate increase in underlying inflation.”

The eurozone economy remains sluggish.  The OECD recently revised its eurozone growth forecasts and now expects GDP growth of 0.8% this year, down from 1.1% previously.  For 2021, it expects 1.2% growth and is steady from the previous forecast.  GDP growth slowed to 0.1% q/q and 1.0% y/y in Q4 and that was even before the virus hit.  As such, we see downside risks to the forecasts.  Much of this weakness is being driven by Germany and Italy.

Eurozone inflation continues to fall.  Headline CPI rose 1.2% y/y in February, nearly half the ECB’s 2% target.  While this is up from the cycle low of 0.7% y/y in October, the outlook for inflation remains subdued.  This is especially so given the recent plunge in oil prices.  Core inflation has picked up slightly from the cycle lows, but at 1.2% in February, underlying price pressures remain low.  Not surprisingly, inflation expectations also remain too low.

Over the past 17 ECB decision days dating back to January 2018, the euro has finished lower in 11 of them.  This track record was less reliable in 2019, however.  The five meetings on April 10, June 6, July 25, September 12, and December 12 all saw the euro finish firmer, though every gain except the July 25 meeting was less than 0.1%.  More recently, the October 24 and January 23 meetings saw the euro weaken.

The ECB should be relieved that the euro is softening ahead of its decision Thursday.  After trading yesterday at its highest level since January 2019 near $1.1495, the euro has given back about a quarter of its gains from the February 20 low.  Major retracement objectives from that rally come in near $1.1220 (38%), $1.1135 (50%), and $1.1050 (62%).  The 200-day moving average comes in near $1.11 currently.   Draghi often pushed back at euro strength during his tenure, let’s see how Lagarde approaches it.  If the euro gains tomorrow after the decision is announced, we believe Lagarde is likely to push back against any euro strength at the press conference afterwards.

While the dollar has gotten crushed by the swift adjustment in Fed easing expectations, near-term weakness should give way to medium-term strength.  Because the US is starting from a stronger position (~2% growth) and it has more policy tools to address a slowdown, its economic outlook is considerably brighter than the eurozone’s.  Germany and Italy were already teetering on recession in Q4, and eurozone policymakers have few tools to truly shield the economy.  Lastly, recent position adjustments that fed into euro strength have likely run their course, and so further upside for the euro will be difficult.

Win Thin is a senior currency strategist with over fifteen years of investment experience. He has a broad international background with a special interest in developing markets. Prior to joining BBH in June 2007, he founded Mandalay Advisors, an independent research firm that provided sovereign emerging market analysis to institutional investors. He received an MA from Georgetown University in 1985 and a B.A. from Brandeis University 1983. Feel free to contact the Zurich office of BBH
My articlesMy booksAbout me
Follow on:LinkedINSeeking Alpha
Previous Low Rates As Chaos, Not ‘Stimulus’
Next If China Is the Problem, Can’t We At Least Have Free Trade with Everyone Else?

Low Rates As Chaos, Not ‘Stimulus’