Home / SNB & CHF / Drivers for the Week Ahead

Risk assets came under some pressure last week as rising virus numbers and weak economic data outweighed the favorable liquidity backdrop. This week brings preliminary June PMI readings for much of the world, with further improvement from May expected. Some countries and states will continue to ease lockdowns this week, while Beijing struggles to contain an outbreak. The liquidity backdrop remains supportive for risk assets, but the tug of war between improved economic data and worsening virus numbers is likely to continue for the time being.

There are some indexing events this week that could add to market volatility. MSCI announces the results of its 2020 Market Classification review Tuesday, with the focus on Iceland and Argentina. More importantly, the so-called Russell reconstitution will be announced after close of markets Friday, with new weightings to take effect the following Monday when markets reopen. This is an annual process that impacts the widely followed large-cap Russell 1000 and small-cap Russell 2000 indices, but the company notes that “the entire family of Russell US indexes will be recast to reflect changes in the US equity markets over the last year.”

ECB releases its account of the June meeting Thursday. At that meeting, the bank boosted its PEPP by EUR600 bln. It’s worth noting that comments from incoming German Judge Wallrabenstein suggest a possible thaw in relations between Germany’s top court and the European Court of Justice regarding ECB bond purchases. She noted that “What counts is an improved transparency of the decisions,” adding that it’s positive that the European Commission and Parliament are trying to take the lead on this matter. While most observers expect some sort of workable compromise to keep ECB QE going, these comments are nonetheless reassuring.

All quiet on the Brexit front. There are no talks scheduled this week ahead of the “intensified timetable” for Brexit negotiations in which five rounds of weekly talks will start the week of June 29.

Japan reports preliminary June PMI readings Tuesday. May department store sales will also be reported Tuesday. June Tokyo CPI will be reported Friday and is expected to show further disinflation. Last week, the Cabinet Office upgraded its economic assessment slightly, noting that the economy remains in “an extremely severe situation” but has “almost stopped deteriorating.” It added that businesses see signs of an improving situation, and private consumption is “showing movements of picking up,” This was the first upgrade in its monthly assessment since January 2018.

The Antipodeans have a fairly quiet week. Australia reports preliminary June PMI readings Tuesday Preliminary May trade data will also be reported Tuesday. For now, the RBA is clearly on hold but its fairly upbeat outlook will surely be tested in the coming months. Elsewhere, the RBNZ meets Wednesday and is expected to keep rate steady at 0.25%. Here too, the bank is clearly on hold for now. May trade data will be reported Thursday. 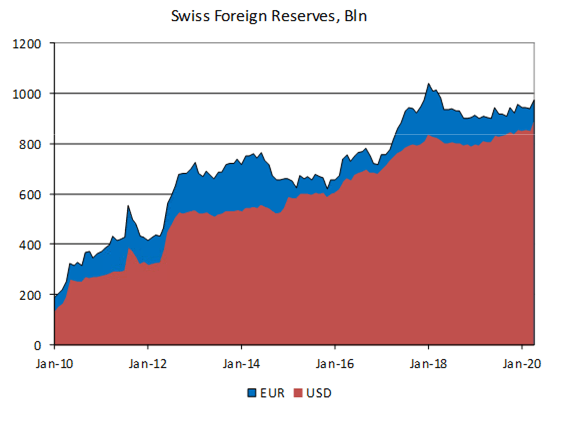 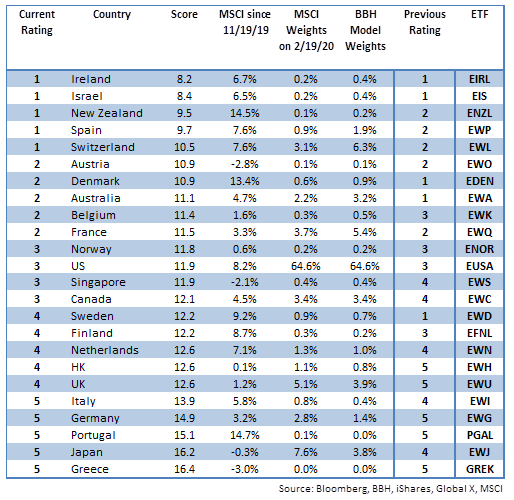 Developed equity markets remain near the highs despite mounting concerns about the impact of the coronavirus. MSCI World made a new all-time high last week near 2435 and is up 2.5% YTD. Our 1-rated grouping (outperformers) for Q1 2020 consists of Ireland, Israel, New Zealand, Spain, and Switzerland.

Risk sentiment is likely to remain under pressure this week as the impact of the coronavirus continues to spread; demand for dollars remains strong. As of this writing, the Senate-led aid bill has stalled; the US economic outlook is getting more dire; Canada is experiencing similar headwinds. This is a big data week for the UK; eurozone March flash PMIs will be reported Tuesday; oil prices continue to slide.

The ECB appears to be moving closer to activating Outright Monetary Transactions (OMT).  Despite being part of Draghi’s “whatever it takes” moment, OMT has never been used.  If the Fed’s open-ended QE is seen as dollar-negative, then OMT should be seen as euro-negative.

Markets continue to digest the implications of the Fed’s bazooka moment last week. The data highlight this week will be March jobs data Friday; key manufacturing sector data will come out earlier in the week. On Friday, BOC delivered an emergency 50 bp rate cut to 0.25% and started QE.

Win Thin is a senior currency strategist with over fifteen years of investment experience. He has a broad international background with a special interest in developing markets. Prior to joining BBH in June 2007, he founded Mandalay Advisors, an independent research firm that provided sovereign emerging market analysis to institutional investors. He received an MA from Georgetown University in 1985 and a B.A. from Brandeis University 1983. Feel free to contact the Zurich office of BBH
My articlesMy booksAbout me
Follow on:LinkedINSeeking Alpha
Previous Defaults Are Coming, Market Report, 22 June
Next Glencore faces Swiss probe over alleged Congo corruption