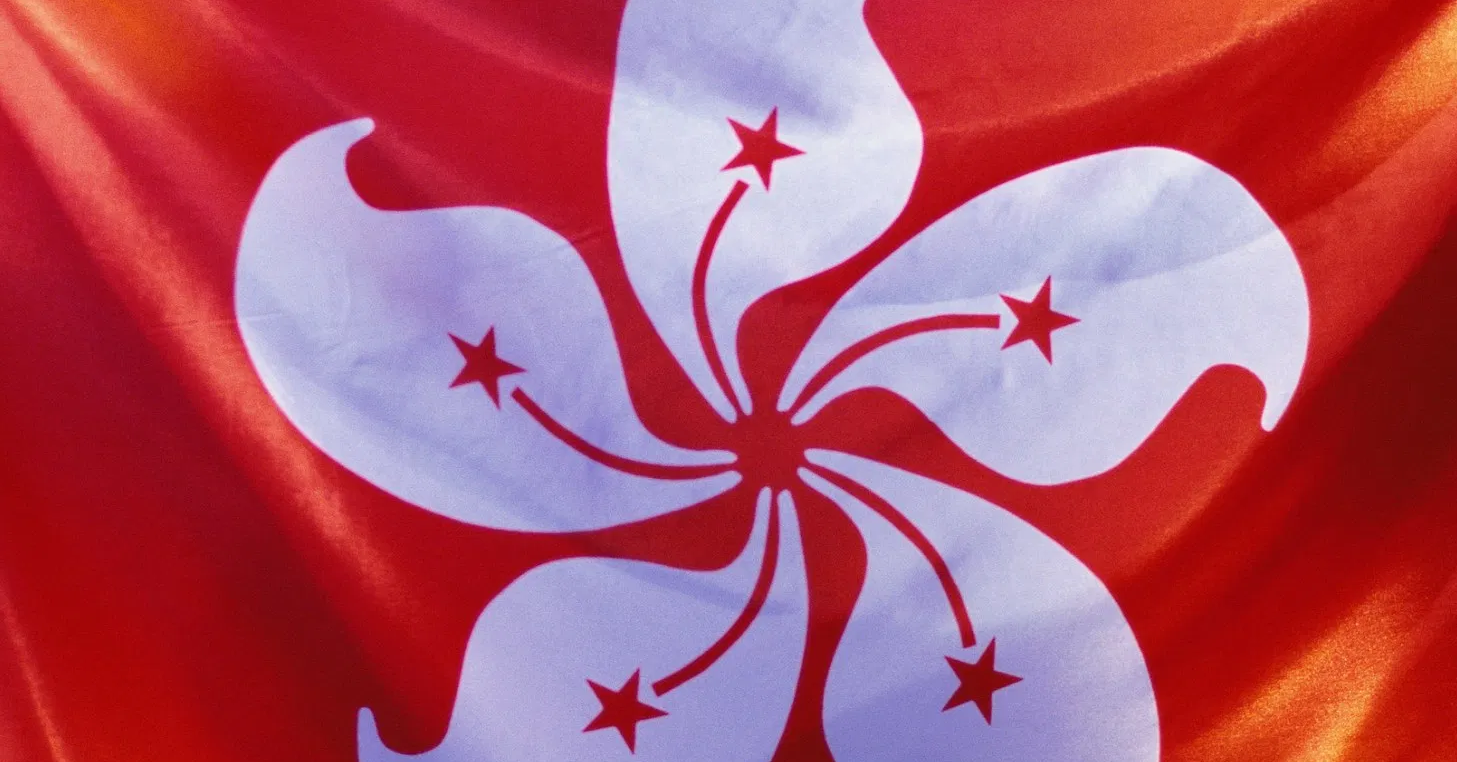 The dollar is broadly firmer against the majors as risk-off sentiment takes hold after China moved to tighten control over Hong Kong.  Yen and Kiwi are outperforming, while the Scandies are underperforming.  EM currencies are broadly weaker.  TWD and PHP are outperforming, while RUB and CZK are underperforming.  MSCI Asia Pacific was down 1.9% on the day, with the Nikkei falling 0.8%.  MSCI EM is down 2.1% so far today, with the Shanghai Composite falling 1.9%.  Euro Stoxx 600 is down 0.6% near midday, while US futures are pointing to a lower open.  10-year UST yield is down 3 bp at 0.64%, while the 3-month to 10-year spread is down 3 bp +53 bp.  Commodity prices are mostly lower, with Brent oil down 4.8%, WTI oil down 6.1%, copper down 2.5%, and gold up 0.5%.

Legislation was introduced that allows Beijing to directly impose a national security law on Hong Kong.  While local legislative approval would be circumvented, Chief Executive Lam said Hong Kong authorities would fully cooperate with China to enact the legislation and will likely fuel further democracy protests in the coming days.  The law would allow China to directly quash political dissent in Hong Kong, something that Lam has been unable to do.  Yet this move calls into question the “the one country, two systems” doctrine that has been the bedrock for Hong Kong.

US-China tensions will continue to rise as a result of Hong Kong.  Two US Senators, Van Hollen (D) and Toomey (R) are proposing legislation that would sanction Chinese officials.  This comes just days after another bipartisan bill was introduced that could delist certain Chinese companies from US stock exchanges.  Stay tuned.

The dollar is bid as risk-off sentiment takes hold.  DXY is trading higher off of this week’s low near 99 as risk-off sentiment takes hold.  A break above the 99.96 area sets up a test of the May 14 high near 100.556.  The euro is sinking fast after failing to make a clean break above $1.10.  Same goes for sterling after failing to break above the $1.23 area this week.  Lastly, USD/JPY has edged higher even as risk-on sentiment has faded a bit today, though 108 still looks tough to crack.

There are no US data reports or Fed speakers today as we prepare for an extended holiday weekend.  What have we learned this week?  The labor market continues to shed jobs, but the manufacturing sector is starting to stabilize.  States have started to reopen, but we will not learn of the economic or health impact for weeks.  We learned the Fed did not discuss negative rates at its last meeting, and that officials for the most part remain opposed.  We learned that US-China relations will continue to deteriorate going into the  November election and that is what may roil markets the most, if today is any indication.  Buckle your seatbelts.

Canada reports March retail sales.  Headline sales expected to fall -10.5% m/m and ex-autos by -4.8% m/m.  Next Bank of Canada meeting is June 3 and is widely expected to stand pat.  WIRP suggests BOC is one of the banks that is unlikely to go negative and we concur.  USD/CAD is back above 1.40 as risk-off sentiment takes hold and oil prices drop.  A break above the 1.4035 sets up a test of the May 14 high near 1.4140.

Mexico mid-May CPI is expected to rise 2.50% y/y vs. 2.08% in mid-April.  If so, inflation would be the highest since March and would suggest some pass-through from the weak peso is being seen.  Still, the focus is on boosting growth as Banco de Mexico just cut rates 50 bp to 5.5% last week and signaled further easing.  Next policy meeting is June 25 and another cut is expected then, if not sooner.

ECB publishes the account of its April 30 meeting.  Recall that meeting produced no real surprises.  The ECB decided against frontloading the inevitable increase in the Pandemic Emergency Purchase Program (PEPP), opting instead to reduce the cost of bank lending by cutting the rate commercial banks can borrow from them (via TLTROs) by 25 bp and hoping this will be passed on to the real economy. It also introduced Pandemic Emergency Longer-Term Refinancing Operations (PELTROs) then to its arsenal in an effort to reduce funding constraints, the first of which was launched this week.  The take-up of EUR851 mln was a bit disappointing in light of the -25 bp that it “costs” to borrow for sixteen months.  After failing to break above $1.10 this week, the euro is heavy going into the weekend and a break below the $1.0865 area would set up a test of the May 14 low near $1.0775.

Despite the obvious need for elevated amounts of debt issuance ahead, parts of the UK curve remain negative.  The 2- to 5-year section of the UK curve is currently under water, and the 7-year yield is at 0% and likely to go negative too.  Elsewhere, WIRP suggests the Bank of England will go negative on its policy rate by November.  The dovish BOE, poor economic data, and rising Brexit risks are all likely to continue weighing on sterling.  After failing to break above $1.23 this week, cable is heavy going into the weekend and a break below the $1.2160 area would set up a test of the Monday low near $1.2075.

As this weekend’s National People’s Conference got under way, China scrapped its long-standing policy of setting an annual growth target.  This had been leaked a couple of weeks ago and is long overdue since it was a holdover from the old days of being a centrally-planned command economy.  The uncertainty due to the pandemic simply gives the authorities cover to abandon the practice for this year and hopefully forever.

Premier Li instead focused on maintaining employment and investment whilst pledging to implement the Phase One trade deal.  The target for urban jobs creation is more than 9 mln this year, down from 11 mln for 2019, which would result in an urban unemployment rate of around 6%.  Lastly, Li set a budget deficit target equal to -3.6% of GDP .  However, if the issuance of special bonds is included, the gap would come in at over -8% of GDP.

Political risk has seen USD/HKD move off the strong end of the 7.75-7.85 trading band.  The pair traded at the highest level since April 9 but closed almost unchanged and remains below the midpoint of the band.  With rising tensions, we expect it to move into the weak end of the band.  Indeed, if sentiment sours enough, the HKMA is likely to be tested at the weak end of the bank in the coming weeks.  While we expect the peg to hold, a run on the HKD would very destabilizing to the economy as a protracted defense would see local interest rates spike.

Bank of Japan met overnight.  As widely expected, it launched its new lending program whilst keep rates and QE unchanged.  The program to help small businesses will be worth JPY30 trln ($279 bln) and is due to run through next March.  It will provide free loans to financial institutions and will pay them 0.1% interest on the amount that’s lent out.  Ahead of the decision, Japan reported April national CPI and department store sales.  Headline inflation came in at 0.1% y/y vs. 0.2% expected and 0.4% in March, while ex-fresh food fell -0.2% y/y vs. -0.1% expected and +0.4% in March.  This was the first negative reading in over three years and underscores the headwinds that the BOJ must face.

Fitch cut the outlook on its AAA rating for Australia to negative from stable.  The agency noted that “Government spending in response to the health and economic crisis will cause large fiscal deficits and a sharp increase in government debt/GDP.”  Our own sovereign ratings model shows Australia’s implied rating is right on the cusp of moving into AA+ territory.  There are no ratings implications here yet, but bears watching as S&P also moved its outlook on Australia to negative from stable earlier this year.  AUD should remain under pressure, especially as China risks mount.

The virus news stream is mixed; the dollar has stabilized a bit. FOMC minutes will be released; Canada reports April CPI and March wholesale trade sales; the news from Brazil keeps getting worse. Another group of EU nations will release their own plan in a rebuttal of France and Germany; UK reported April CPI data.

The virus news stream is mixed; the dollar has stabilized; US-China tensions continue to ratchet up. We will get some more US economic data for May; weekly jobless claims are expected at 2.4 mln. Eurozone and UK reported firm preliminary May PMI readings; BOE officials continue to take a very dovish tone.

Global financial markets are finally seeing a measure of calm return; local Chinese media is sounding more confident that the situation is now under control. The White House will announce fiscal measures today; five states hold primaries and one holds a caucus with 352 total pledged delegates up for grabs.

Dollar Firms, Equities Sink Ahead of ECB Decision as US Fails to Deliver

President Trump spoke to the nation last night and did little to calm markets; reports suggest that the Democrats are working on a bill. Fed easing expectations are intensifying. The ECB decision will be out at 845 AM ET; over the past 17 ECB decision days, the euro has finished lower in 11 of them.

It was a relatively good weekend in virus-related news; measures of implied volatility continue to trend lower. The dollar is trying to build on its recent gains; investors continue to try and gauge just how bad the US economy will get hit. The outlook for oil prices remains highly uncertain and volatile.

Win Thin is a senior currency strategist with over fifteen years of investment experience. He has a broad international background with a special interest in developing markets. Prior to joining BBH in June 2007, he founded Mandalay Advisors, an independent research firm that provided sovereign emerging market analysis to institutional investors. He received an MA from Georgetown University in 1985 and a B.A. from Brandeis University 1983. Feel free to contact the Zurich office of BBH
My articlesMy booksAbout me
Follow on:LinkedINSeeking Alpha
Previous Banking and Monetary Policy from the Perspective of Austrian Economics
Next Most want masks made compulsory on Swiss public transport, suggests survey