by
Win Thin
My articles My booksAbout me
Follow on:LinkedIN
Seeking Alpha
Summary:
- Click to enlarge Market sentiment has improved after President Trump said China has asked to restart trade talks PBOC fixed the yuan basically flat and firmer than what models suggested The G-7 summit wraps up today with little to show for it We believe the Chicago Fed National Activity Index remains the best indicator to gauge US recession risks Germany July IFO business climate came in weaker than expected The lira experienced a flash crash against the yen in early Tokyo trading; Brazil reports July current account and FDI data The dollar is broadly firmer against the majors as some semblance of calm returns to the markets. Aussie and Loonie are outperforming, while the Scandies are underperforming. EM currencies are broadly weaker. MXN and THB are 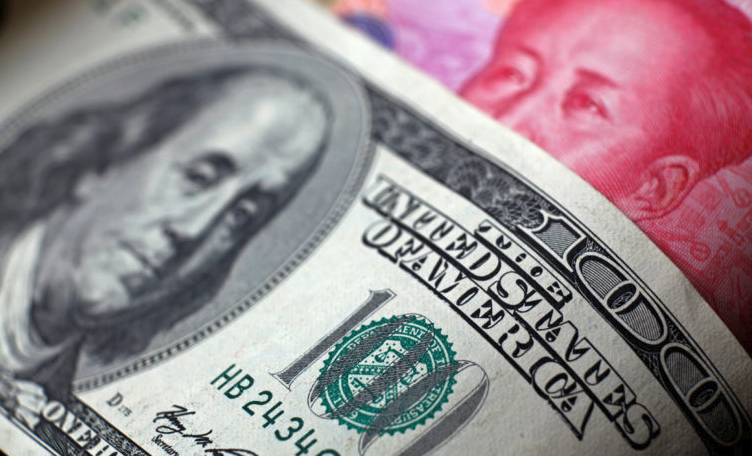 The dollar is broadly firmer against the majors as some semblance of calm returns to the markets. Aussie and Loonie are outperforming, while the Scandies are underperforming. EM currencies are broadly weaker. MXN and THB are outperforming, while TRY and CNY are underperforming. MSCI Asia Pacific was down 1.4%, with the Nikkei falling 2.2%. MSCI EM is down 1.2% so far today, with the Shanghai Composite falling 1.2%. Euro Stoxx 600 is flat near midday, while US futures are pointing to a higher open. 10-year UST yields are down 1 bp at 1.52%, while the 3-month to 10-year spread has steepened 1 bp to stand at -41 bp. Commodity prices are mostly higher, with Brent oil up 0.4%, copper up 0.3%, and gold up 0.3%.

Market sentiment has improved after President Trump said China has asked to restart trade talks. This was not confirmed by senior Chinese officials. However, Vice Premier Lie He said China was willing to consult and cooperate with “a calm attitude.” As always, the situation remains fluid and easily reversed in the blink of an eye. Bottom line: a solution to this trade war remains far off.

USD, JPY, and CHF should continue to outperform in this uncertain environment. It will come at the expense of growth-sensitive currencies like the dollar bloc, Scandies, and EM. Quite simply put, President Trump’s moves to intensify the trade war will likely have the perverse effect of boosting the dollar against most currencies. Jawboning against dollar strength is likely to continue but we downplay the near-term risks of unilateral FX intervention by the US.

PBOC fixed the yuan basically flat and firmer than what models suggested. This came as offshore CNH was making new lows near 7.20 and so sends the signal that policymakers are not overtly weakening the yuan. This likely helped market sentiment as well, with both CNY and CNH stabilized.

The G-7 summit wraps up today with little to show for it. Yet expectations were low to begin with. Indeed, host country France did not even attempt to craft a joint communique since there were basically no areas of agreement. European officials said the US delegation blocked any consensus. The surprise visit by Iran’s Foreign Minister shook things up, but in the end accomplished little. And so the global economy slips towards recession as the major economies drift apart.

We believe the Chicago Fed National Activity Index remains the best indicator to gauge US recession risks. The 3-month average was -0.26 in June, the best since February and well above the recessionary threshold of -0.70. The July reading will be reported today and is expected at 0.05. If so, it would be the first positive reading since November and would take the 3-month average to 0.00, the best since January. Note that a value of zero shows an economy growing at trend. Positive values represent above trend growth, while negative values represent below trend growth.

The US economy remains in solid shape, at least for now. The Atlanta Fed’s GDPNow model is tracking 2.2% SAAR growth in Q3. This is above trend (~2%) and little changed from the preliminary 2.1% SAAR in Q2. Elsewhere, the NY Fed’s Nowcast model is tracking 1.8% SAAR growth in Q3. Another revision to Q2 GDP will be seen Thursday, with growth expected at 2.0% SAAR vs. 2.1% previously. July goods trade data and retail/wholesale inventories will also be reported Thursday.

Yet we must acknowledge that as the US-China trade war extends and expands, the risk of recession has risen sharply. The US 3-month to 10-year yield curve has inverted further to -42 bp, the low for this cycle. Will the Fed capitulate again? Markets seem to believe that the Fed will continue to bail out Trump by cutting rates. We are not so sure but much will depend on the August data.

WIRP suggests 100% odds of a rate cut September 18, while the odds of a 50 bp move have fallen to 10%. Elsewhere, the implied yield on the January 2020 Fed Funds futures contract fell to 1.48%, which means 75 bp of easing before year-end is almost fully priced in. This is followed by another 50 bp of easing fully priced in for 2020.

Germany July IFO business climate came in weaker than expected. Headline reading fell to 94.3 from a revised 95.8 (was 95.7) in July. Both expectations and current sentiment slid. Germany August GfK consumer confidence will be reported Wednesday. As the eurozone’s largest economy stalls, all signs point to ECB easing September 12, though WIRP suggests only 88% odds of a cut.

The lira experienced a flash crash against the yen in early Tokyo trading. The combination of rising trade tensions and low liquidity saw TRY/JPY drop nearly 12%, as losing positions in the retail market were liquidated. The pair recovered and was basically flat on the day when Japan markets closed. Data show that the lira was the most actively traded EM currency last month.

Brazil reports July current account and FDI data. With EM under pressure, the real is likely to continue weakening. USD/BRL made a new high for this move near 4.13 Friday and is on track to test the August 2018 high near 4.2135. After that is the all-time high near 4.2480 from September 2015. CDI market is pricing in a 50 bp cut at the next COPOM meeting September 18, but a weak real would make this problematic.

Win Thin is a senior currency strategist with over fifteen years of investment experience. He has a broad international background with a special interest in developing markets. Prior to joining BBH in June 2007, he founded Mandalay Advisors, an independent research firm that provided sovereign emerging market analysis to institutional investors. He received an MA from Georgetown University in 1985 and a B.A. from Brandeis University 1983. Feel free to contact the Zurich office of BBH
My articlesMy booksAbout me
Follow on:LinkedINSeeking Alpha
Previous Switzerland’s First Crypto Banks Receive Licences
Next THE FED’S CAPITULATION: WHAT IT MEANS FOR GOLD INVESTORS