by
Marc Chandler
My articles My siteMy booksAbout me
Follow on:TwitterLinkedIN
Seeking Alpha
Summary:
Two main developments drove the foreign exchange market in October. First, the market grew more confident that a hard Brexit could be avoided. This drove sterling sharply higher. It rallied from .22 on October 10 to a little above .30 on October 21 before doubts grew about the likelihood that Parliament will approve the new agreement. The other development was a heavier US dollar after strong gains over the past three months. The prospect that the US-China tariff truce could be solidified with an agreement between Trump and Xi in November may have encouraged some risk-taking. US September economic data consistently was disappointing, but Q3 GDP was a little firmer than expected, and the October employment data was a bit better than expected. The dollar fell

Ermotti’s UBS record: solid but not all plain sailing 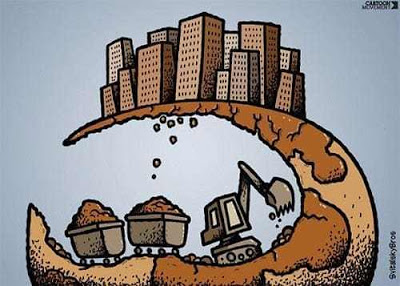 Two main developments drove the foreign exchange market in October. First, the market grew more confident that a hard Brexit could be avoided. This drove sterling sharply higher. It rallied from $1.22 on October 10 to a little above $1.30 on October 21 before doubts grew about the likelihood that Parliament will approve the new agreement.

The other development was a heavier US dollar after strong gains over the past three months. The prospect that the US-China tariff truce could be solidified with an agreement between Trump and Xi in November may have encouraged some risk-taking. US September economic data consistently was disappointing, but Q3 GDP was a little firmer than expected, and the October employment data was a bit better than expected. The dollar fell against all the major currencies in October, except the Norwegian krone.

The dollar barely missed rising against the yen. After hovering around JPY109 for much of the second half of October, volatility around the FOMC meeting (October 30) lifted it to nearly a three-month high of almost JPY109.30. The dollar reversed to fall dip below JPY108.00 on the last day of October. The krone’s weakness is harder to square with the Norges Bank’s rate hikes. It fell to new 18-year lows against the dollar and record lows against the euro. The conundrum may be the function of the Norges Bank selling more krone that it receives for the oil sales. That may shed light on the krone’s relation to oil prices. The context is important too. While the Bank for International Settlements estimates that turnover in the foreign exchange market rose 29% over the past three years to $6.6 trillion a month, the krone’s turnover fell by a quarter. Also, Norwegian officials do not object to the krone’s weakness. The Prime Minister embraces it.

In November, the US-China trade talks and Brexit will remain critical drivers. The US-European trade tensions ratcheted up a notch as it levied 10% tariffs on EU aircraft parts and 25% tariffs on a range of goods (~$7.5 bln in all). Trump’s decision on auto tariffs is due six months after the Commerce Department concluded that auto imports are indeed a threat to national security. A decision is expected around the middle of November. Europe has had months to consider its retaliatory measures.

The forward guidance provided by the Federal Reserve and the October jobs data as persuaded investors that after three reductions, the Fed will pause. At the start of November, the market is pricing in more than 85% probability that the Fed will not cut rates at the final meeting of the year on December 11. The ECB has begun a new asset purchases program just as some green shoots may be appearing. Growth in Q3 was better than expected, and there are some very preliminary signs that the German economy may be past the worst. The data in the coming weeks will be looked upon for confirmation. Between Japan’s sales tax increase (from 8% to 10%), the typhoon, and the ongoing disruption of trade (exports contracting year-over-year for ten consecutive months through September), deflationary winds may be gathering force. Strong lending figures may suggest the Chinese economy could begin stabilizing around 6% (year-over-year), but additional stimulus may still be needed.

Dollar: The still wide interest rate differentials and divergence in broader economic performance fuels the dollar bulls.  One is still paid to be long dollars. The poor performance in October is mostly dismissed as a technical correction and the knock-on effects of the shift on Brexit.  Prospects of a trade deal between the US and China encouraged risk appetites sent global equities higher and the dollar lower. The Fed’s midcourse correction may be over and a pause in the coming months. However, the market is pricing in a rate cut next year, and we are a bit more aggressive, penciling in two cuts. Our concern is on consumption, which continues to drive the economy. The unexpectedly large drop in October auto sales (slowest in six months) is a harbinger of other consumption readings at the start of Q4. Some measures, like the increase in use and delinquency of credit card debt, have begun showing some preliminary signs of strain. Net exports have not been the drag that many had expected from the dollar’s strength.  In fact, through October, the Federal Reserve’s real broad trade-weighted dollar index is virtually flat (0.2%) after rising 5.7% last year. Business investment has been driven by the oil and gas sector, and the pace of output growth has begun slowing.

Euro: The economic adjustment in Europe appears to be slowing. The labor market remains firm, monetary policy has become more accommodative, and lending is firm. The introduction of tiering of negative deposit rates is a concession to banks. Data in the coming weeks will be scrutinized for confirmation of these possible green sprouts. External risks continue to loom. The chance of a no-deal Brexit has been postponed until the end of January. Trade tensions with the US risk rising dramatically if President Trump decides to levy a tariff on imported cars on national security grounds. A decision is expected around the middle of November.  Within the EMU, Italy’s coalition government (5-Star Movement and the Democratic Party) may be chronically fragile, but it could very well be the German political situation that turns more acute. In November, the German Social Democrats complete their leadership contest. Many blame poor showing of the SPD in national and state elections to having lost its grounding being Merkel’s junior coalition partner 10 of the past 14 years. If that wing of the party establishes control, it would likely leave the coalition. The German economy appears to have contracted in two consecutive quarters, and the loss of voters in recent elections leaves Merkel vulnerable within the CDU.

Yen: Japanese consumption and output ended Q3 on a firm note, but the combination of the sales tax increase on October 1 and the typhoon, the risks are on the downside now. The Bank of Japan altered its forward guidance that shifts the focus toward the output gap from the time-specific commitments. The drivers are the yen continue to seem to stem from exogenous factors. There is an element of risk and funding issues. The 60-day rolling correlation between the percent change in dollar-yen and the percent changes in the S&P 500 is almost 0.75, the highest in four years. The exchange rate also continues to enjoy a strong (~0.65) correlation with the US 10-year yield.

Sterling: Hopes that a disruptive Brexit can still be avoided after the deadline was extended until the end of January 2020, helped lifted sterling by about 5.5% against the dollar, the most in a decade. It rallied nearly 3% against the euro, the most in a couple of years. The month ahead is about the December 12 election. The opinion polls at the end of October showed that while the Tories are ahead, their 34% support will not secure a majority.  Labour is drawing a little more than a quarter of the vote and the Liberal Democrats a little less than a fifth. It might hurt the eyes to read Brexmas, but time is short, and the UK has taken another gamble that public opinion in aggregate is any clearer now than it was a couple of years ago. Putting together the next government, most likely a coalition, and House of Commons approval of the new agreements is going to dominate the discourse and drivers after the election.

Canadian Dollar: With Canadian short-term rates rising above the US, and the Canadian dollar approaching the highs for the year, the Bank of Canada softened its neutral stance and bought some maneuvering room should the economic resilience weaken. Its somber economic assessment warned that exports and business investment may continue to contract, and it shaved 2020 growth to 1.7% from 1.8% and 2021 GDP to 1.8% from 2.0%. The contrast between the Federal Reserve that signaled a pause after three cuts and the Bank of Canada that opened the door to a rate cut was stark. The market is pricing in about a 30% chance that a cut is delivered at the December meeting. We look for a cut in Q1 20 when we suspect the Federal Reserve will again consider easing policy. The price action reinforced the strength and significance of the CAD1.3050 support area. The upper end of the range is around CAD1.3350.

Australian Dollar:  A sense that the central bank was on hold and a third tariff truce between the US and China boost confidence that a limited trade agreement could be reached helped lift the Australian dollar in October. It rose from about $0.6670 at the start of the month and reached $0.6930 on the last trading of the month. However, we suspect this will prove to be the near-term high and a 1.0-1.5 cent pullback on questions of “phase 1” of a US-China deal and, separately, the continued slowing of the Chinese economy. The jobs report and CPI are the two most important data economic data points.

Mexican Peso: The peso, like the Australian and Canadian dollars, and other risk assets more broadly, performed well in October until the end month when gains were pared. The 0.4% contraction year-over-year in Q3 was disappointing and boosts the likelihood of a 25 bp cut in the overnight rate. It would be the third in the cycle that began in August.  Given the 3% inflation rate, a case can be made for more aggressive easing. The construction and energy sectors, which of course are essential for the Mexican economy, have not recovered from AMLO policy shocks, and they might not be particularly sensitive to small rate cuts. Without stronger investment, Pemex may not meet the output goals, which has adverse knock-on effects for government revenue.

Chinese Yuan: The broadly weaker US dollar and the optimism that a modest trade deal (phase 1) between the world’s two largest economies lifted Chinese yuan for the second consecutive month. The 1.5% gain was the largest since January. The trade agreement that is expected to be signed by both Trump and Xi in November is unlikely to unwind current tariffs but could ensure the threat of a US  levy around $160 bln of goods, including consumer electronics is rescinded. If the US were to roll-back existing tariffs, that would be significant. Meanwhile, the October PMIs signal that growth continues to slow. The dollar has probably approached the lower end of its new range against the yuan. It is not clear where the upper-end can be found. Initially, it may be near CNY7.10-CNY7.12.

He has been covering the global capital markets in one fashion or another for more than 30 years, working at economic consulting firms and global investment banks. After 14 years as the global head of currency strategy for Brown Brothers Harriman, Chandler joined Bannockburn Global Forex, as a managing partner and chief markets strategist as of October 1, 2018.
My articlesMy siteMy booksAbout me
Follow on:TwitterLinkedINSeeking Alpha
Previous The Middle Class Is Now The Muddle Class
Next Switzerland’s growth hampered by trade tensions, economic slowdown

The Middle Class Is Now The Muddle Class