by
Sound Money Defense League News
My articles My booksMy videos
Follow on:
Summary:
Precious metals markets continued rallying this week. Investors weighed new inflation data showing price pressures in the economy are finally slowing. Wednesday’s Consumer Price Index report came in slightly lower than expected for a change. The CPI rose 8.5% on an annualized basis in July. Normally such a reading would be nothing to cheer about. But the fact that the inflation rate finally came down a tad after months and months of relentless increases gave Joe Biden an opportunity to gloat. In a particularly laughable moment, the President went so far as to claim that inflation has fallen to zero. Joe Biden: Today, we received news that our economy had 0% inflation in the month of July, 0%. Here’s what that means. While the price of some things went up last 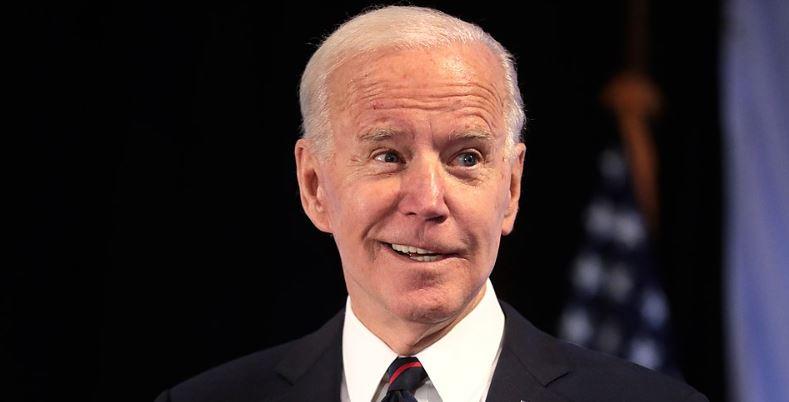 Normally such a reading would be nothing to cheer about. But the fact that the inflation rate finally came down a tad after months and months of relentless increases gave Joe Biden an opportunity to gloat. In a particularly laughable moment, the President went so far as to claim that inflation has fallen to zero.

Joe Biden: Today, we received news that our economy had 0% inflation in the month of July, 0%. Here’s what that means. While the price of some things went up last month, the price of other things went down by the same amount. The result, zero inflation last month. But people were still hurting. But zero inflation last month. Economists look at a measure of inflation that ignores food and energy prices and they call it core inflation. That’s about the lowest amount in several years, (I mean) several months.

Is Joe Biden right about 0% inflation? Is he lying? Or is he just confused and disoriented?

Perhaps the most generous interpretation of his remarks is that they are made up of half-truths.

It’s true that the CPI components as measured by the Bureau of Labor Statistics came in unchanged overall for July. But whenever economists refer to the inflation rate, they mean the annual rate of change. That’s not 0%. It’s an increase in prices of 8.5% overall, if you go by the CPI.

Federal Reserve economists prefer to cite the so-called “core” rate that strips out food and energy. Food costs, by the way, continued to rise at an elevated rate last month even as other costs of living moderated.

But Joe Biden and the Fed can’t have it both ways. They can’t credibly claim they are winning the battle against inflation because of a single month of data. Markets are volatile from month to month. And inflation pressures could suddenly shoot higher next month.

Political solutions to inflation often achieve the exact opposite of their stated goals. That’s what critics of the so-called Inflation Reduction Act are saying. Independent analysis of the Biden-backed bill shows that it would actually cause a small increase in inflation before potentially achieving small reductions years later.

That’s because it would massively increase government spending immediately and then theoretically generate revenue to pay for it later. The increased revenue would come from a warlike buildup of IRS enforcement machinery, including a staggering 80,000 new agents — some of whom will carry weapons and who must be prepared to use deadly force against taxpayers, as stated by a shocking new IRS employment ad circulated this week.

Biden himself offered more confusion than clarity about the Inflation Reduction Act when he lobbied for its passage this week.

Joe Biden: The second point I want to make is we need to pass the Inflation Reduction Act right away. That’s the most consequential thing that Congress can do to keep our progress on inflation from getting better, from getting worse, keep it moving in the right direction.

As politicians and central bankers try to manipulate the economic data to fit their narratives, rogue traders on futures exchanges are trying to manipulate prices in their favor.

On Wednesday, two former JPMorgan Chase traders were found guilty of fraud for manipulating precious metals markets. They had used a deception known as spoofing to help enrich their top clients at the expense of ordinary market participants.

However, another JPMorgan employee involved in the market rigging scheme managed to get acquitted of more serious charges. Jeffrey Ruffo was found not guilty of racketeering and conspiracy.

That deals a huge blow to any hopes that top executives might be held accountable for overseeing what prosecutors called a criminal enterprise at the banking giant. JPMorgan continues to dominate trading volumes in gold and silver contracts.

That isn’t likely to change anytime soon. Nor will market manipulation schemes be completely rooted out anytime soon – especially since the ringleaders now have less reason to be fearful of ever being convicted of racketeering crimes.

The path to ultimately defeating price manipulation in gold and silver markets is through rising demand for physical bullion. At some point, strong physical supply and demand fundamentals could overwhelm paper price suppression schemes.

The actual number of bars underpinning the enormous volume of paper silver trading has been in steep decline since early 2021. Silver stockpiles in LBMA and COMEX vaults recently fell to a 6-year low.

If outflows in the next 18 months match those of the past 18 months, the available physical inventory could approach zero. That is the moment when holding silver paper IOUs will not be the same as holding the metal itself.

A default on the futures trading exchanges might only be avoided by metals prices rising high enough to entice holders of physical bars to part with them.

In the meantime, tightness in precious metals markets is a bullish indicator. The window of opportunity to buy while spot prices and premiums for most bullion products remain low will eventually close.

My articlesMy books
Follow on:
Previous Thomas Piketty Wants to Bring Back Communism in the Guise of Democratic Socialism
Next Greenback Remains Firm