by
Zachary Yost
My articles My booksMy videos
Follow on:
Summary:
On February 4, 2021, Democrats in the House and Senate introduced the Protecting the Right to Organize (PRO) Act. Like many names in Washington, this one is an Orwellian misnomer that does the exact opposite of what it claims to be doing. If passed, the bill, which is basically a union wish list, would radically transform the nature of the labor market in the US with numerous sweeping and heavy-handed changes. Andy Levin (MI-09), a sponsor of the bill, doesn’t bother to hide its envy-driven prounion goals; in his press release, he whined about income inequality and stated that “The PRO Act would reverse years of attacks on unions and restore fairness to the economy by strengthening the federal laws that protect workers’ right to join a union and bargain for higher 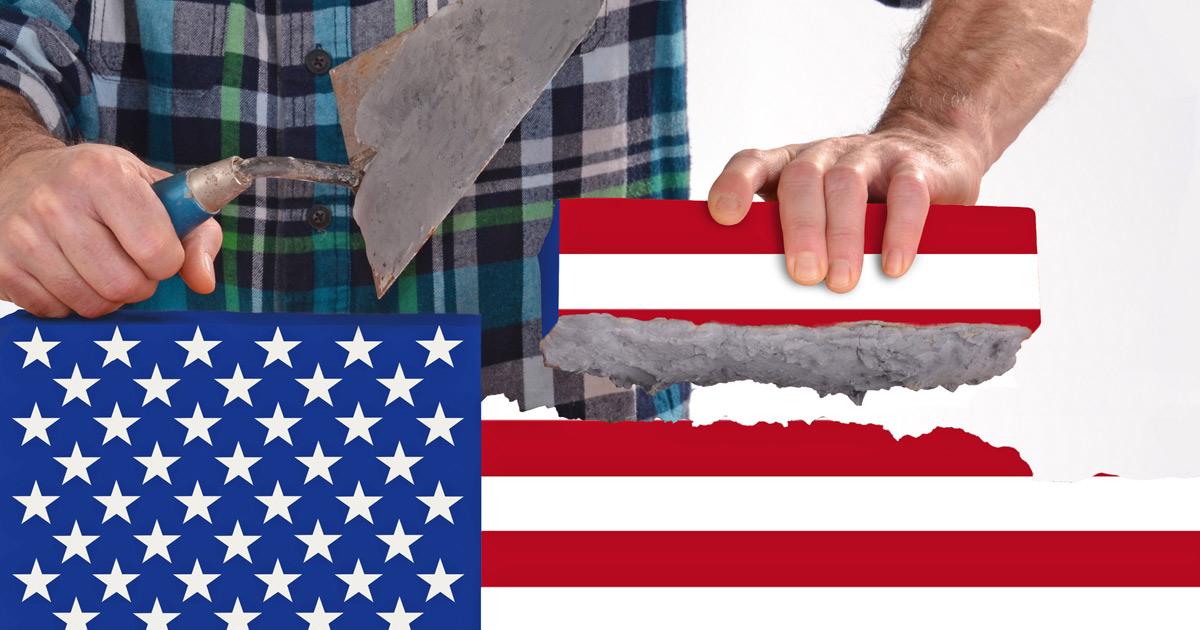 On February 4, 2021, Democrats in the House and Senate introduced the Protecting the Right to Organize (PRO) Act. Like many names in Washington, this one is an Orwellian misnomer that does the exact opposite of what it claims to be doing. If passed, the bill, which is basically a union wish list, would radically transform the nature of the labor market in the US with numerous sweeping and heavy-handed changes. Andy Levin (MI-09), a sponsor of the bill, doesn’t bother to hide its envy-driven prounion goals; in his press release, he whined about income inequality and stated that “The PRO Act would reverse years of attacks on unions and restore fairness to the economy by strengthening the federal laws that protect workers’ right to join a union and bargain for higher wages and better benefits.”

The bill’s cheerleaders may talk about how it will give workers the ability to choose to exercise their rights to organize at work, but much like the mafia, this bill will ensure that the choice to unionize is one that workers can’t refuse. In a sweeping assault on federalism, it would overturn right-to-work laws in twenty-seven states that allow workers at unionized workplaces to opt out of being in the union and paying dues. If your workplace forms a union, you will have to be in it.

And, not to worry, the PRO Act will ensure that almost every vote to organize will come out in the union’s favor, one way or another. The labor law firm SmithAmundesen reports that the bill would expand the kinds of workers who can unionize and would give the union the power to determine how votes will take place. In the event that the union loses and complains about the company, it can use a method called “card check” where instead of having a secret ballot, unionizers can intimidate and harass employees into signing a card saying they want the union to represent them. Under current labor rules, if a majority of employees have signed such a card, then the workplace can either accept the union or have the federal government organize a secret-ballot election. Under the new rules, after the union claims to have a majority of signatures, unionization is automatic, with no vote.

SmithAmundesen also reports that the law would prevent an employer from withdrawing recognition of the union, even if the employer has proof that employees no longer desire the union’s representation, and also allows unions to demand that companies agree to not do business with nonunion companies.

What is portrayed as an opportunity for choice is really a method of railroading as many workers as possible into paying union dues (which can then be funneled to political campaigns) one way or another.

While these moves by big labor are certainly annoying and egregious (I have written previously about my own time spent in a unionized workplace) they are nothing surprising. What is truly the most outrageous aspect of this proposal is that it institutes California’s “ABC test,” which forces businesses to reclassify independent contractors as employees if they fail to meet three criteria. According to the California government:

Under the ABC test, a worker is considered an employee and not an independent contractor, unless the hiring entity satisfies all three of the following conditions:

There have already been mountains of coverage of the disastrous results of this policy. Former Mises summer fellow Peter St. Onge has written about how the scheme is likely to result in lower wages for contractors turned employees. But that only applies to those fortunate enough to keep working. Writing at Reason, Billy Binion has documented numerous instances of freelancers in California being basically blacklisted from numerous companies located outside the state because of the new bureaucratic hurdles that came with them. Uber and Lyft simply defied the law and said they would ignore it, which they did until a popular referendum added app-based drivers to the list of exceptions to the rule.

On its face, the ABC test is merely another way to corral employees into dues-paying unions. However, its unseen effects are even more insidious and will lead to more state power and centralization. The federal government seeks to obliterate and subsume all sources of power outside itself, as it has already done with the lower levels of state authority in our federalist system, and the nonstate mediating institutions of social power such as the family and community. The freedom of association, whether in one’s private, public, or economic life, is an essential freedom upon which many other freedoms rest; therefore, its further degradation is extremely alarming.

As someone who has made a living writing as an independent contractor for the past few years, I can attest that it is not always the most secure and easiest way to work in the world, but I find that this insecurity is worth it, because in exchange I have a great deal of independence and freedom. I do not have any bosses to answer to, I don’t have any HR departments to listen to, and I can work whenever I want. I am very free to organize my life how I desire.

Those in power have good reason to detest this freedom. As government bureaucracy continues to metastasize throughout the economy, like a malignant cancer, increasingly more employees fall under its authority and control. Unlike regular employees, independent contractors do not have to sit in HR seminars to be force-fed woke social justice garbage or engage in struggle sessions to cleanse themselves of their gender and ethnic privilege. By forcing formerly independent workers together, they become easier to control and manipulate.

Not only do those in power benefit from centralization, but it provides numerous opportunities to provide patronage to those seeking reprieve from the law (and therefore allows them to derive even more power). The California law is stuffed full of exceptions and carve outs for different professions and industries. Uber and Lyft were able to orchestrate a successful referendum campaign to have their business model added to the list. But tough luck to freelancers in industries that don’t have multiple multibillion-dollar tech giants backing them or an army of lobbyists at the ready.

The relevant part of the current draft of the federal bill (section 101) doesn’t even mention any exceptions at all. No doubt that if the bill seems to have a chance of passing, lobbyists will be pouring into politicians’ offices to bow and scrape in order to protect their industries and secure exceptions and carve outs. You can’t blame businesses for trying to defend themselves in this way, but such a situation flies in the face of the idea that the law is for everyone and further feeds the culture of corruption and cronyism.

The PRO Act may claim that it is all about freedom and choice, but in the end, it will only result in less choice, less freedom, and more government control.

The Depression of the 1780s and the Banking Struggle

It has been alleged—from that day to this—that the depression which hit the United States, especially the commercial cities, was caused by “excessive” imports by Americans beginning in 1783. 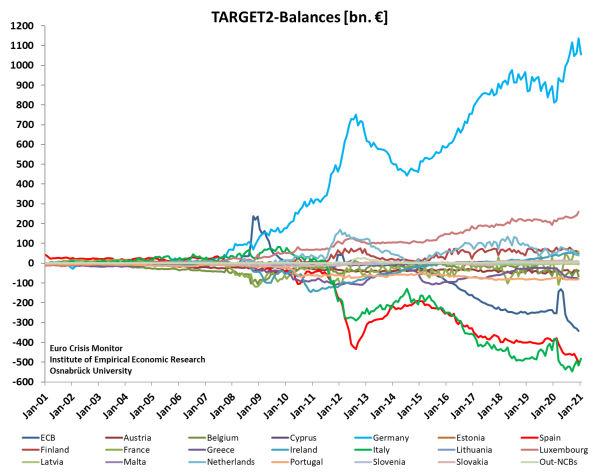 The seeds of sound-money destruction were sown at the 1944 Bretton Woods Conference, which established that US dollars could be held as central bank reserves and were redeemable for gold by the US Treasury at thirty-five dollars an ounce. This was the so-called gold exchange standard, but only foreign central banks and some multinational organizations, such as the International Monetary Fund (IMF), enjoyed this right of redemption. The system depended upon the solemn promise by the US that it would refrain from issuing unbacked dollars. The watershed event that ushered in a new malignant, pure fiat money era occurred on August 15, 1971, when the US abandoned the gold exchange standard in order to stop the drain on the US gold stock.
American money printing had begun in earnest in the

“Threats to freedom of speech, writing, and action, though often trivial in isolation, are cumulative in their effect and, unless checked, lead to a general disrespect for the rights of the citizen.”

Title IX Will Become a Vehicle of More Injustice

President Joe Biden vowed to put a “quick end” to the Trump administration’s Title IX regulations and return to Obama-era ones at universities. If this happens, the sexual misconduct hearings will be deeply impacted.

There’s Nothing Wrong with Short Selling

The recent GameStop short-squeeze drama has riveted financial markets. Given the historic unpopularity of short sellers (e.g., Holman Jenkins has written that “short-selling is…widely unpopular with everyone who has a stake in seeing stock prices go up”), the resulting heightened invective against them is not a surprise.

On January 19 it was announced that Joe Biden planned to nominate Rachel Levine, the Pennsylvania (PA) secretary of health, for the position of assistant secretary of health in the Department of Health and Human Services. This is potentially good news for Pennsylvanians, who will finally be rid of her after having had to endure her disastrous covid lockdowns and restrictions for nearly a year, but is likely bad news for the rest of the country.

Though numerous studies prove the contrary, it is still widely assumed that capitalism perpetuates racism. Celebrities and academics incessantly broadcast the message that capitalism engenders racism.

My articlesMy books
Follow on:
Previous Employment in Switzerland fell in 4th quarter 2020 for the third consecutive time
Next Japan’s Well-Fed Zombie Corporations