How Federal Funding Is Used to Control Colleges and Universities 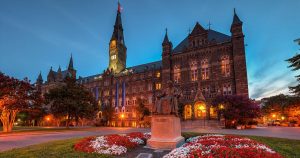 The Washington Post reports that a group of thirty-three current and former students at Christian colleges are suing the Department of Education in a class action lawsuit in an attempt to abolish any religious exemptions for schools that do not abide by the current sexual and gender zeitgeist sweeping the land. The plaintiffs argue that by holding to orthodox Christian teachings on sexuality these universities are engaged in unconstitutional discrimination due to the federal funding they receive. The lawsuit, filed by the Religious Exemption Accountability Project, is timed to coincide with the passage of the Equality Act (which I recently discussed here) in the House of Representatives and to give narrative momentum to the push to force the progressive conception

END_OF_DOCUMENT_TOKEN_TO_BE_REPLACED

The Property-Based Social Order Is Being Destroyed by Central Banks

Private property is an institution central to civilization and beneficial human interaction. When central banks distort this institution with easy money, the social effects can be disastrous.

Original Article: “The Property-Based Social Order Is Being Destroyed by Central Banks​”
Readers of the Mises Wire are no doubt familiar with the negative consequences of central banking and the inflationary capacity of fiat currency and how such a system drives malinvestment and leads to boom-bust cycles. Not only does the business cycle lead to the misallocation of resources from their natural ends of the structure of production, but it also drives resources into financialization, rather than the “real” economy. This financialization, which has been taking place since at

END_OF_DOCUMENT_TOKEN_TO_BE_REPLACED 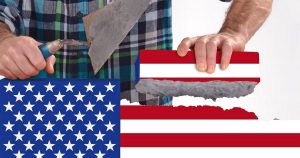 On February 4, 2021, Democrats in the House and Senate introduced the Protecting the Right to Organize (PRO) Act. Like many names in Washington, this one is an Orwellian misnomer that does the exact opposite of what it claims to be doing. If passed, the bill, which is basically a union wish list, would radically transform the nature of the labor market in the US with numerous sweeping and heavy-handed changes. Andy Levin (MI-09), a sponsor of the bill, doesn’t bother to hide its envy-driven prounion goals; in his press release, he whined about income inequality and stated that “The PRO Act would reverse years of attacks on unions and restore fairness to the economy by strengthening the federal laws that protect workers’ right to join a union and bargain for higher

END_OF_DOCUMENT_TOKEN_TO_BE_REPLACED 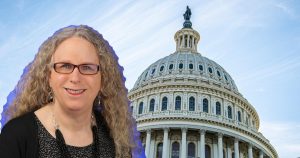 On January 19 it was announced that Joe Biden planned to nominate Rachel Levine, the Pennsylvania (PA) secretary of health, for the position of assistant secretary of health in the Department of Health and Human Services. This is potentially good news for Pennsylvanians, who will finally be rid of her after having had to endure her disastrous covid lockdowns and restrictions for nearly a year, but is likely bad news for the rest of the country.
News coverage of Levine’s nomination is focused almost entirely on the fact that if she is confirmed she will be the first transgender official to be confirmed by the Senate and barely mentions or completely glosses over her handling of the pandemic in PA. NPR doesn’t mention her track record at all other than noting that

END_OF_DOCUMENT_TOKEN_TO_BE_REPLACED 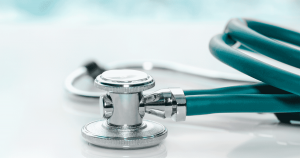 “There are no libertarians in an epidemic” crowed Atlantic reporter Peter Nicholas back on March 10, as he listed the numerous economic interventions the Trump administration was undertaking in the wake of the mounting COVID-19 crisis. This intervention, Nicholas declared, just goes to show you that whatever antigovernment talk one might talk, government intervention in the economy is “nothing new and, as may well prove the case this time around, it’s often necessary.” Setting aside the fact that it is simply absurd to refer to Donald Trump as being a libertarian, numerous commentators have pointed out that far from there being no libertarians during a crisis, all levels of government have been on a mad dash to slash meaningless regulations and rules that are