by
Jeffrey P. Snider
My articles My booksMy videos
Follow on:Twitter
Summary:
Searching for clues or even small collateral indications, you can’t leave out the gold market. We’ve been on the lookout for scarcity primarily via the T-bill market, and that’s a good place to start, yet looking back to last March the relationship between bills and bullion was uniquely strong. It’s therefore a persuasive pattern if or when it turns up again. To recap the main push of last year’s acute dollar shortage: Over the past several dreadful weeks of liquidations the pattern has largely repeated. During the early morning hours, before regular trading opens, yesterday’s repo transactions are unwound. Under normal and even less-than-ideal conditions these are just rolled over. Not any more. Collateral calls mean in some cases using gold as a last resort

Charles Hugh Smith writes The U.S. Economy In a Nutshell: When Critical Parts Are On “Indefinite Back Order,” the Machine Grinds to a Halt 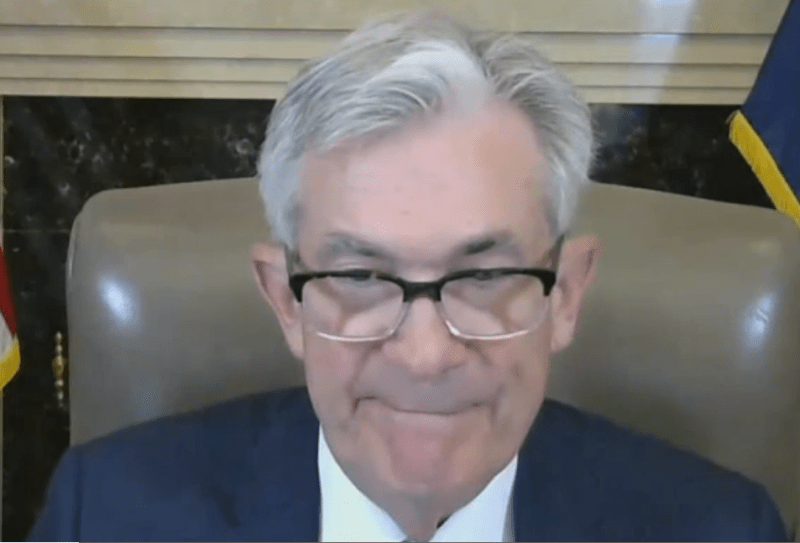 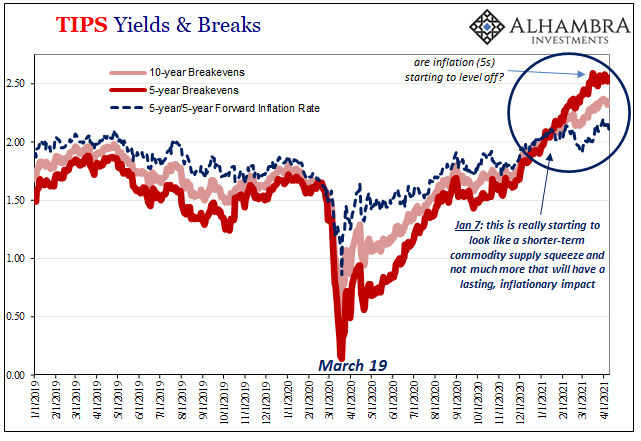 Three relatively quick observations surrounding today’s UST selloff.1. The intensity. Reflation is the underlying short run basis, but there is ample reason to suspect quite a bit more than that alone given the unexpected interruption in Fedwire yesterday. 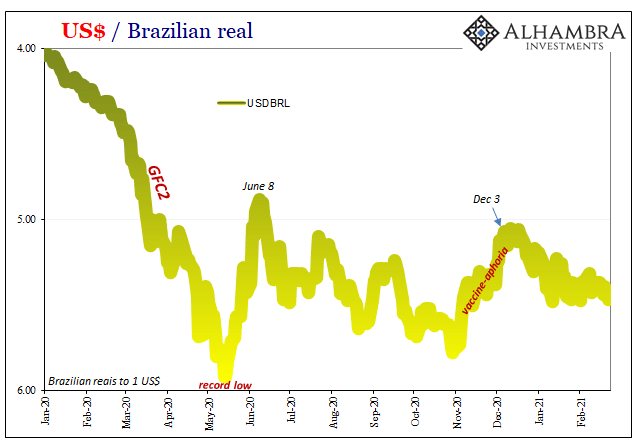 For The Dollar, Not How Much But How Long Therefore How Familiar

Brazil’s stock market was rocked yesterday by politics. The country’s “populist” President, Jair Bolsonaro, said he was going to name an army general who had served with Bolsomito (a nickname given to him by supporters) during that country’s prior military dictatorship as CEO of state-owned oil giant Petróleo Brasileiro SA. Gen. Joaquim Silva e Luna is being installed, allegedly, to facilitate more direct control of the company by the federal government.With the economy still gripped by the latest recession, and oil prices rising worldwide as supplies continue to be squeezed, Brazilians have been caught in the vise between fuel prices and unemployment – pure misery for a nation still reeling from Euro$ #3’s (2014-16) crushing impacts. A depression for years before COVID…and now this.

Jeffrey P. Snider is the head of Global Investment Research of Alhambra Investment Partners (AIP). Jeffrey was 12 years at Atlantic Capital Management where he anticipated the financial crisis with critical research. His company is a global investment adviser, hence potential Swiss clients should not hesitate to contact AIP
My articlesMy books
Follow on:Twitter
Previous Weekly Market Pulse: Buy The Dip, If You Can
Next Motivated Reasoning About Silver