by
Marc Chandler
My articles My siteAbout meMy booksMy videos
Follow on:TwitterLinkedIN
Seeking Alpha
Summary:
Swiss Franc The Euro has risen by 0.38% to 1.0931 EUR/CHF and USD/CHF, February 23(see more posts on EUR/CHF, USD/CHF, ) Source: markets.ft.com - Click to enlarge FX Rates Overview: Rising rates continue to spur a rotation and retreat in stocks. Yesterday the NASDAQ sold-off by nearly 2.5% while the Dow Industrials eked out a minor gain. Equities are mostly higher in the Asia Pacific region while Japanese markets were on holiday. Hong Kong led the advancers, but China and South Korea extended losses. The early attempt to rally in Europe failed and the Dow Jones Stoxx 600 has fallen through the 20-day moving average for the first time in nearly three weeks. Energy and real estate are higher, while information technology and utilities are under the most

China is reviewing its rare earths policy. The latest reports indicate that its focus may not be on rare earths themselves but the technology to refine and purify the materials. This may be a more powerful chokepoint. It could ban or limit the technology sales, but it would seem to only encourage development abroad. The US moved against companies that service the Chinese military. The US gets about 80% of its rare earths from China. There are obviously military applications. China’s first move may be to ban sales to a US defense contractor, such as Lockheed Martin, who incurs Beijing’s wrath for arms sales to Taiwan.

Taiwan will report January export orders tomorrow. Officials have recently doubled their 2021 export outlook to almost 9.6% from about 4.6%, encouraged apparently by the demand for semiconductor chips. This feeds into a growing trade surplus (expected to be around $64 bln after a little less than $59 bln last year) and a stronger GDP (~4.7% after 3.1% in 2020). Officials warned of the upward pressure on the Taiwanese dollar, which has risen by about 8.2% over the past 12-months. The central bank often engages in “smoothing operations” in the foreign exchange market late in the local session and was put on the US Treasury’s watch list in December.

Facebook and Canberra appear to have resolved the dispute, which had seen the platform eliminate news and news sharing features last week in Australia. The service will be reengaged in the coming days. The Australian legislation will be modified to give the platforms time to strike a deal with publishers before being forced into arbitration. This is an important skirmish in the larger effort to establish the rules of engagement with the powerful internet companies.  Many other countries are wrestling with similar issues.

The dollar posted a big outside down day against the yen. It traded on both sides of the pre-weekend range and settled below last Friday’s lows. Without Tokyo traders, follow-through selling was limited to almost JPY104.90. Resistance is seen around JPY105.40-JPY105.50. The dollar’s recovery has stretched the intraday momentum indicators. Follow-through buying of the Australian dollar also proved limited. Yesterday’s nearly half a cent advanced saw a few ticks more today for some profit-taking kicked in. Still, losses below $0.7900 were limited, and buyers were emerging in the European morning. The New Zealand dollar is in a narrow trading range just below yesterday’s high. The central bank meets the first thing tomorrow in Wellington, and although no change in policy is expected, officials will likely feel more confident that the recovery is gaining traction. The PBOC set the dollar’s reference rate at CNY6.4516, which was slightly weaker than the bank models Bloomberg surveyed. To ease the pressure on the currency, Beijing is considering to again relax the constraint (quota) on domestic investors to acquire foreign assets. Since re-opening from the New Year holiday, the dollar has traded in the range set last Thursday (~CNY6.4460-CNY6.4900).

UK Prime Minister Johnson laid out a four-step process that could lead to the full reopening across England by the first day of summer. From March 8, all students can return to school, and late next month, outdoor gatherings of six people or two households will be allowed. Non-essential businesses, barbers and hair salons, gyms, and outdoor attractions and hospitality could open April 12, with May 17 the earliest target to re-open indoor hospitality, including hotels and cinemas. It is hoped then that June 21 could see the lifting of the final restrictions and reopening of the remaining businesses, including nightclubs.

The euro reached $1.2180, its highest level in nearly a month, as it approached the $1.2200 level, which capped the single currency back in the second half of January. It also marks the (61.8%) retracement objective of the euro’s pullback from the $1.2350 high set on January 6. There is an option struck at $1.22 for almost 810 mln euros that expires today. Initial support is seen in the $1.2120-$1.2130 area today. Sterling’s ascent continues. It approached $1.41 in late Asian turnover but stalled in the European morning. A break of $1.4060 could signal a deeper pullback, but the market looks to be in the mood to buy shallow dips. It is the fourth consecutive advancing session, and it has fallen in only four sessions this month. Important chart resistance is not seen until the double high from H1 18 around $1.4345-$1.4375.

The second highlight is in Canada. Bank of Canada Governor Macklem delivers a speech on the labor market and the sectoral impact of the virus. More broadly, Macklem may seem more upbeat than the central bank’s forecast for a nearly 3% contraction here in Q1 suggests. Around the same time, Biden will meet Trudeau, the first foreign leader meeting with the US president. They will likely emphasize common interests like addressing the virus, climate change, and the North American economy. Other issues, like the XL pipeline that Biden canceled and the “buy American” program of government procurement, are more controversial and likely will not be dwelled up. Yesterday’s the Canadian parliament passed a non-binding resolution with no dissenting votes, calling China’s treatment of the Uighur Muslim minority a “genocide” and trying to force Trudeau into a deeper confrontation with Beijing.

The Biden administration maintains Trump’s position at the World Trade Organization after supporting Okonjo-Iweala as the next director. The Trump administration had blocked her appointment in the face of literally unanimous global support. There are two substantive issues. First, the US claims that it is a question of national security that Hong Kong goods are treated as made in China and hence outside of the WTO’s jurisdiction. The WTO is not convinced and will investigate the matter further, though it could take years to resolve. Second, the US will continue to block judges to the appellate body, without which the WTO’s conflict-resolution and adjudication of disputes are paralyzed. The US argued that it has systematic concerns about its functioning, as have the past three presidents.

Brazilian President Bolsonaro replaced the University of Chicago-trained economist at the head of  Petrobras with General Silva e Luna, who has been running the Itaipu hydroelectric dam for the last two years, pending confirmation by the Petrobras board. Emerging markets more broadly were under pressure, but Brazil was especially punished. It was not so much about the general per se. Investors fear that as Bolsonaro’s support wanes, he will retreat further from its pro-business stance. The government’s cash distribution ended in December. Economic Minister Guedes is trying to avoid being entangled and is seeking a constitutional amendment to allow another round of aid to the poor, apparently paid for by cuts in public spending in the future. Petrobras shares fell by over 20% to three-month lows. Brazil’s real lost 1.3% yesterday after staging a bit of a recovery spurred by the central bank offering dollar swaps. Year-to-date, the real is off about 4.8% after falling by around 22.5% in 2020. Brazil’s central bank meets on March 17 (the same day as the FOMC meeting concludes), and the swap market is pricing in the likelihood of a 50 bp rate hike.

The US dollar made a marginal new low (since April 2018) against the Canadian dollar yesterday at almost CAD1.2580. However, it closed back above CAD1.2600 and is straddling the level today. In recent weeks, the greenback has traded below CAD1.26 but has failed to close below it once. Initial resistance is seen near CAD1.2660 now. The greenback rose to around MXN20.8335 yesterday, its highest level since early last November. It is about a 4.75% dollar gain since the low on February 15 near MXN19.8925. It is consolidating now in a narrow range. The MXN20.76 area corresponds to the (50%) retracement of the US dollar’s decline from the election night spike to almost MXN22.00. The next retracement (61.8%) is a little above MXN21.00. Look for a break of the MXN20.60-MXN20.80 range to signal the near-term direction.

Global equities are moving higher today. Led by continued strong buying of Hong Kong shares, the MSCI Asia Pacific Index rose to new highs. The Hang Seng is up 6% this year and is approaching the 2019 record high. Australia’s shares set a new record today. Japan and Taiwan bucked the trend. 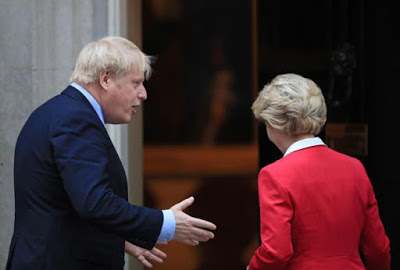 The market is hopeful today. The Johnson-von der Leyen dinner is seen as evidence that both sides see one more opportunity, and sterling is among the strongest currencies today. Hopes of a $900 bln+ fiscal stimulus package in the US helped stir animal spirits and lift US stocks to record highs yesterday. 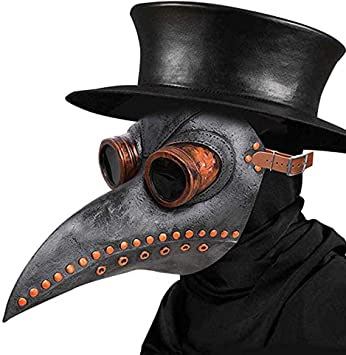 Sickened by the surging virus, animal spirits are bed-ridden today. Several European countries are experiencing the most fatalities and illnesses in several months, and policymakers are responded with national restrictions.

He has been covering the global capital markets in one fashion or another for more than 30 years, working at economic consulting firms and global investment banks. After 14 years as the global head of currency strategy for Brown Brothers Harriman, Chandler joined Bannockburn Global Forex, as a managing partner and chief markets strategist as of October 1, 2018.
My articlesMy siteAbout meMy books
Follow on:TwitterLinkedINSeeking Alpha
Previous Pandemic pushes Swiss away from cash
Next Swiss tourism boss says ski resort openings have been justified