by
Win Thin
My articles About meMy booksMy videos
Follow on:LinkedIN
Seeking Alpha
Summary:
Risk-off sentiment has intensified; as a result, the dollar is getting some more traction Fed Chair Powell pushed back against the notion of negative rates in the US; US Treasury completed its quarterly refunding Weekly jobless claims are expected at 2.5 mln vs. 3.169 mln last week; Mexico is expected to cut rates 50 bp to 5.5%There have been growing discussions about negative rates in the UK; weak UK data, rising Brexit risks, and a more dovish BOE have taken a toll on sterling ECB Vice President de Guindos said the region’s economy has “hit the bottom”; the EC is getting ready to roll out a new economic plan to help the most affected countries Japan machine tool orders plunged -48.3% y/y in April; Australia reported weak April jobs data The dollar is mostly

The dollar is mostly firmer against the majors as risk-off sentiment picks up.  Yen and Loonie are outperforming, while the growth-sensitive Scandies and Antipodeans are underperforming.  EM currencies are broadly weaker.  TRY and RUB are outperforming, while HUF and CZK are underperforming.  MSCI Asia Pacific was down 1.5% on the day, with the Nikkei falling 1.7%.  MSCI EM is down 1.0% so far today, with the Shanghai Composite falling 1.0%.  Euro Stoxx 600 is down 1.9% near midday, while US futures are pointing to a lower open.  10-year UST yield is down 3 bp at 0.62%, while the 3-month to 10-year spread is down 3 bp at +51 bp.  Commodity prices are mixed, with Brent oil up 4.3%, WTI oil up 5.1%, copper down 0.5%, and gold flat.

Risk-off sentiment has intensified.  Fed Chair Powell warned of a deeper than expected downturn yesterday, while several investment heavyweights came out with some bearish equity calls.  These calls come out even as the economic data continue to worse, underscoring the risks ahead.  Equity markets are in the red worldwide, while US equity futures are pointing to a lower open.

As a result, the dollar is getting some more traction.  DXY is trading near 100.40, near the highs of this month.  If those highs are taken out, the April 24 high near 100.867 comes into focus.  The euro is trading back below $1.08 and remains heavy, while sterling is trading below $1.22 at the lowest level since April 7.  Given the still-high Brexit and EU risks, we suspect both currencies will continue to move lower.

The negative rate debate is not just for the US.  WIRP suggests a small chance of BOE going negative in early 2021 (see below), as well as rising chances of the ECB and BOJ going more negative in late 2020.  On the other hand, WIRP suggests BOC, RBA, and RBNZ are not expected to go negative, at least for now.

The US Treasury completed its quarterly refunding.  The $22 bln of 30-year bonds sale was solid but not as strong as the two previous legs.  The bid to cover ratio was 2.30 vs. 2.35 previously and the yield 1.342% vs. 1.325% previously.  Contrast this with the US 10-year auction Tuesday, where the ratio was 2.69 vs. 2.43 previously, and the 3-year sale Monday, where the ratio was 2.54 vs. 2.27 previously.  Yields fell from the previous auction for the two shorter legs.  The total of $96 bln on offer compares to $84 bln last quarter and all in all, the markets were able to absorb the steadily growing issuance.

Weekly jobless claims are expected at 2.5 mln vs. 3.169 mln last week.  If so, this would mean that around 36 mln will have become jobless over the last eight weeks, which is nearly 25% of the labor force.  The BLS said that the 14.7% unemployment rate reported last week for April would have been five percentage points higher if not for misclassification of workers impacted by the pandemic.  Even that is likely underreporting the truly awful state of the US labor market.  US also reports April import/export prices.  Canada reports March manufacturing sales, which are expected to fall -4.5% m/m.

Banco de Mexico is expected to cut rates 50 bp to 5.5%.  A couple of outliers see cuts of 75 and 100 bp.  April inflation came in at 2.15%, the lowest since December 2015 and near the bottom of the 2-4% target range.  There has been no inflation pass-through from the weak peso and so the bank has ample room to cut rates further this year.

On the positive side, it looks as if the European Commission is getting ready to roll out a new economic plan to help the most affected countries. The details are not out yet, but it will be a recovery instrument that will co-exist with the bloc’s budget and directed towards public investments and reforms in the most affected countries.  Meanwhile, Italy approved it’s €55 bln stimulus package. The money will go to income measures (unemployed, furloughed workers, and self-employed), tax cuts, and funding for struggling companies.

Japan machine tool orders plunged -48.3% y/y in April.  This compares to -40.7% in March and confirms that Q2 will be even worse than Q1 in terms of economic contraction.  With all the market talk about negative rates in other countries, BOJ Kuroda appears to be putting rate cuts as a low probability response, instead favoring further QE in terms of adding more stimulus.  USD/JPY is stuck near 107, right in the middle of the 106-108 range seen since mid-April.

Australia reported weak April jobs data.  The headline reading came in at -594.3k vs. -575k expected, while the unemployment rate rose to 6.2% vs. 8.2% expected and 5.2% in March.  The breakdown saw -220.5k full-time jobs and -373.8k part-time jobs.  For now, it seems the RBA is on hold so that it can better gauge the impact of its unconventional policies before tweaking them.  It is worth noting that WIRP suggests 50% odds that the RBA cuts rates to zero, though negative rates are not seen currently.  Next policy meeting is June 2.

UK has been confirmed to have the highest death toll in Europe the dollar is getting more traction. Reports suggest Congress is resisting President Trump’s call for a payroll tax cut; ADP private sector jobs data is expected to come in at -21 mln. Brazil is expected to cut rates 50 bp; Fitch cut its outlook on Brazil to negative; Chile is expected to keep rates steady.

The virus news stream is mixed; the dollar continues to consolidate; US-China tensions continue to rise. US Treasury wraps up its quarterly refunding; April budget statement is a harbinger of things to come; the next round of stimulus will be contentious. We got some dovish BOE comments yesterday; UK continues to play Brexit hardball; UK data was slightly better than expected but awful nonetheless.

There were no surprises in the US-China Phase One trade deal. The dollar is drifting lower ahead of the key retail sales data; there are other minor US data out today. Bank of England credit survey showed demand for loans fell in Q4. Turkey cut its one-week repo rate by 75 bps to 11.25%; South Africa is expected to keep rates steady at 6.5%.

Reports that Wuhan coronavirus continues to spread hurt risk appetite overnight. US President Trump and French president Macron agreed to take a step back from the digital tax dispute. The dollar is taking a breather today; after last week’s huge US data dump, releases this week are fairly light. The UK reported firm jobs data for November; BOJ kept policy steady, as expected. 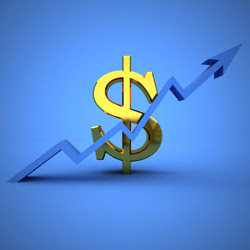 The virus news stream continues to deteriorate. Lower US yields and growing concerns about the spread of the coronavirus in the US are taking a toll on the greenback. OPEC officials are trying to work out another supply cut; The outlook for Turkey is going from bad to worse. Simply put, there is nothing the Fed can do to address the economic impact of supply chain disruptions and social distancing.

Dollar Soft as BOE Surprises Ahead of UK Budget 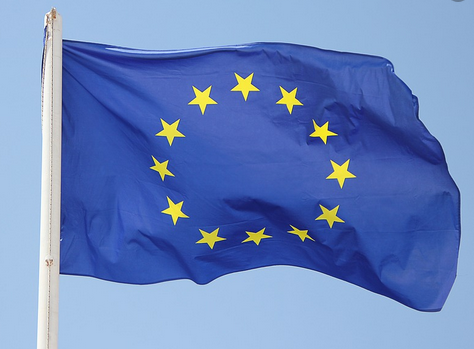 The dollar is stabilizing; reports suggest the White House is developing a plan to reopen the US economy sooner rather than later. Both Hong Kong and Singapore just tightened restrictions on gathering and movement. FOMC minutes for the March 15 decision will be released today.

Win Thin is a senior currency strategist with over fifteen years of investment experience. He has a broad international background with a special interest in developing markets. Prior to joining BBH in June 2007, he founded Mandalay Advisors, an independent research firm that provided sovereign emerging market analysis to institutional investors. He received an MA from Georgetown University in 1985 and a B.A. from Brandeis University 1983. Feel free to contact the Zurich office of BBH
My articlesAbout meMy books
Follow on:LinkedINSeeking Alpha
Previous Ludwig von Mises & “Circulation Credit” Theory of the Trade Cycle
Next SWISS publishes flight timetable for June