Review: Free Market: The History of an Idea

by
David Gordon
My articles My booksMy videos
Follow on:
Summary:
Free Market: The History of an Idea by Jacob Soll Basic Books, 2022; viii + 326 pp. Jacob Soll is a distinguished historian, and Free Market contains much of value, but the book cannot be considered a success, and indeed as it reaches the twentieth century, it becomes a disaster. Even in the parts of the book worth reading, Soll is in the iron grip of a central thesis, one that his historical approach by its nature makes impossible to prove. In some books, discerning the author’s central argument poses a difficult task, but not in this one: Soll cannot forbear from stating it over and over. The thesis is that, by contrast with free market extremists, who favor a market with little or no government regulation, the state should play a central role, as it in fact 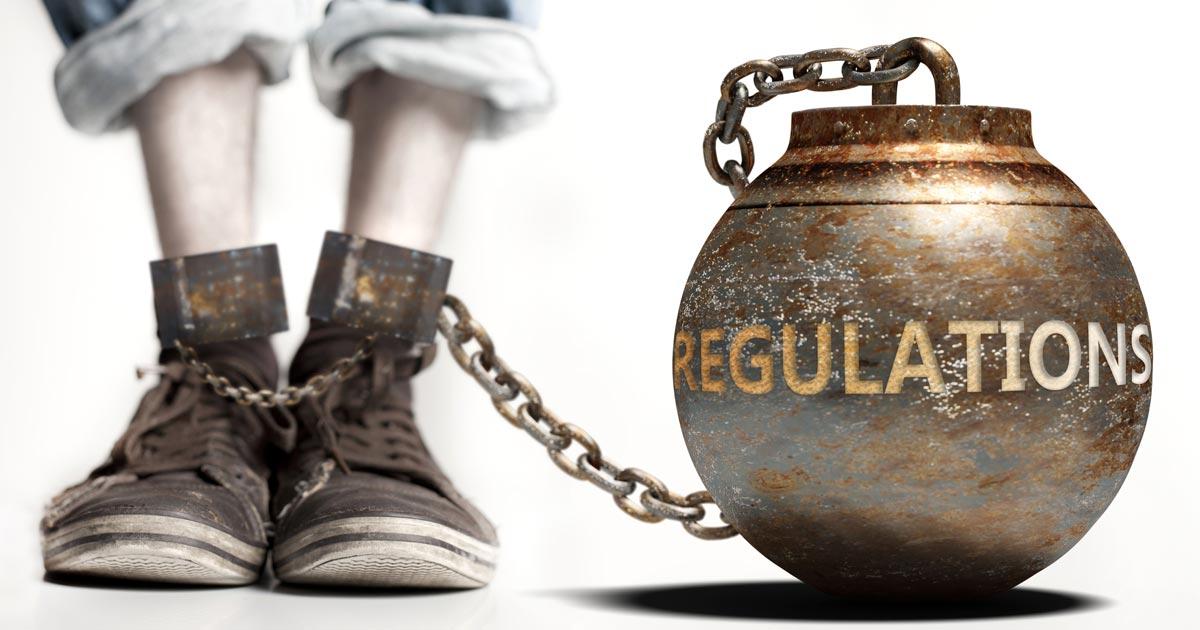 Jacob Soll is a distinguished historian, and Free Market contains much of value, but the book cannot be considered a success, and indeed as it reaches the twentieth century, it becomes a disaster. Even in the parts of the book worth reading, Soll is in the iron grip of a central thesis, one that his historical approach by its nature makes impossible to prove.

In some books, discerning the author’s central argument poses a difficult task, but not in this one: Soll cannot forbear from stating it over and over. The thesis is that, by contrast with free market extremists, who favor a market with little or no government regulation, the state should play a central role, as it in fact always has. Supporters of the free market see it as opposed to “mercantilism,” a system in which the state plays a dominant role in the economy, says Soll, but this is a false view:

In 1931, the Swedish economic historian Eli Heckscher, in his monumental study Mercantilism, juxtaposed Colbert’s “mercantile” economics with a pure, laissez-faire system, which he felt Smith embodied, that allowed for individual and commercial freedoms with state intervention. A powerful and simplistic binary continued thereafter, one that informs our own vision of the free market today…. Yet, for most of the very long history of market philosophy, foundational economic thinkers saw the state as an essential element in creating the conditions under which free and fair exchange could take place. (p. 8)

Soll has here confused a historical account of ideas and policies with argument. He wishes to show that pure laissez-faire cannot work, but to show that would require a theoretical demonstration. Soll does not grasp this. Discussing free trade, he says,

The fastest-growing nations of the late nineteenth century—the United States, Prussia, and Japan—rejected totalizing free-market approaches, instead following seventeenth-century English and Colbertist development strategies. America’s first secretary of the treasury, Alexander Hamilton, instituted economic policies that closely resembled Colbert’s model of market-building; the United States would follow this course for over a century, resisting laissez-faire economics until the 1930s. The new commercial republic embraced the opposite of Ricardian comparative advantage and free trade. (p. 227)

Suppose that Soll is right that countries with protectionist policies had high growth rates. That does not tell us whether the United States and the other countries mentioned would have done even better had they adopted complete free trade. A historical fact—countries with protectionist policies have had high growth rates—does not tell us what, if anything, is wrong with the arguments for free trade. By the way, it is odd that Soll says that the United States resisted laissez-faire economics “until the 1930s.” The presidents during that decade were Herbert Hoover and Franklin Roosevelt. Can he possibly think the ardent protectionist Herbert Hoover supported laissez-faire? I regret to say that he does. “Consumers by themselves could not fully support aggregate demand, as President Herbert Hoover tragically found out when his market approach to the Depression only made it worse” (p. 243). Soll appears unaware of Hoover’s attempts to prop up prices and wages, and one would prescribe for him a dose of Murray Rothbard’s America’s Great Depression, were it not evident that he would be constitutionally incapable of absorbing its lessons.

As the reference to the 1930s suggests, it is when we reach the twentieth century that the fun begins. He writes, “The ennobled economist and scholar Ludwig von Mises, a Jewish free-market thinker who had converted to Christianity in accordance with his economic ideology, was part of this intellectually rich, cosmopolitan Viennese world.” (p. 246). Mises did not convert to Christianity, and why Mises’s economic ideology would suggest conversion is not disclosed. Soll goes on, “Although von Mises was terrified of socialist autocracy, it was, ironically, the right-wing Nazis who forced his flight to the United States in 1940” (p. 247). Mises of course was a foremost opponent of the Nazis, whom he viewed as socialists of an especially malevolent sort.

If Mises does not fare well in Soll’s hands, Friedrich Hayek fares worse. “As the leading proponent of Austrian free-market thought in Britain and the United States, the Austrian economist Friedrich Hayek was influential in creating the new Chicago school of free market thought” (p. 247). Readers of the Mises Institute web page will hardly need to be reminded that the Austrian and Chicago schools are in many respects opposed, and that Hayek has nothing to do with the foundation of the Chicago school, which long predated his arrival at Chicago as a professor, not of economics, but of social thought.

Writing about the Road to Serfdom, Soll remarks:

In 1944, the war was not yet won. What he saw in Germany and Austria was a terrifying example of what happened when an authoritarian political regime used a state apparatus for civil terror, war, and genocide. But his vision was limited. Hayek must have known something about the leading role that German private industry played in supporting Hitler from the beginning to the end of his nightmare rule … Hayek chose to forget that Hitler could neither have taken nor held power without the concerted support of German capitalists, who saw fascism as an attractive answer to trade unions, communism, and even social democracy. (pp. 248–49)

What I find strange about this remark is the note appended to it. This is a reference to Henry Ashby Turner Jr.’s article, “Big Business and the Rise of Hitler” (p. 307n17). Turner is famous for arguing against the position for which Soll cites him as an authority. He maintains that German big business did not play a primary role in financing Hitler.

Further, Soll exaggerates the extent to which Hayek opposed government intervention in the economy. He says, “Hayek saw market freedoms in a combative light, emerging from a struggle between good and evil. One either chose economic liberalism with no government, or one would be enslaved” (p. 348). Hayek favored a governmentally guaranteed minimum of food, shelter, and clothing, among a number of other interventionist measures, and Ludwig von Mises and Murray Rothbard criticized him for this.

I have saved the best for last. Soll says, “Add to the American free-market kaleidoscope the case of the Russian Jewish libertarian author and free-market pop theorist Ayn Rand. More than any economist, her accessible and incredibly popular fictional works created a narrative around the hyper-individualist, anti-collective theories of Hayek” (p. 249). Rand detested Hayek, whom she viewed as a dangerous compromiser, and on one occasion spat in his direction when he saw him at a party.

It is a good idea when one is writing a book to acquaint oneself with its subject matter. Free Market in its treatment of the twentieth century shows what happens when one doesn’t do so.

Market Currents – Is The Economy Contracting?