Home / SNB & CHF / Can Economic Data Explain the Timing and Causes of Recessions?

by
Frank Shostak
My articles My booksMy videos
Follow on:
Summary:
Most economists are of the view that through the inspection of economic data it is possible to identify early warning signs regarding boom bust cycles. What is the rationale behind this way of thinking? During the 1930s the National Bureau of Economic Research (NBER) introduced the economic indicators approach to ascertain business cycles. A research team led by W.C. Mitchell and Arthur F. Burns studied about 487 economic data points in order to establish what business cycles are all about. Mitchell and Burns had concluded that [b]usiness cycles are a type of fluctuation found in the aggregate economic activity of nations…. a cycle consists of expansion occurring at about the same time in many economic activities, followed by similarly general recessions, 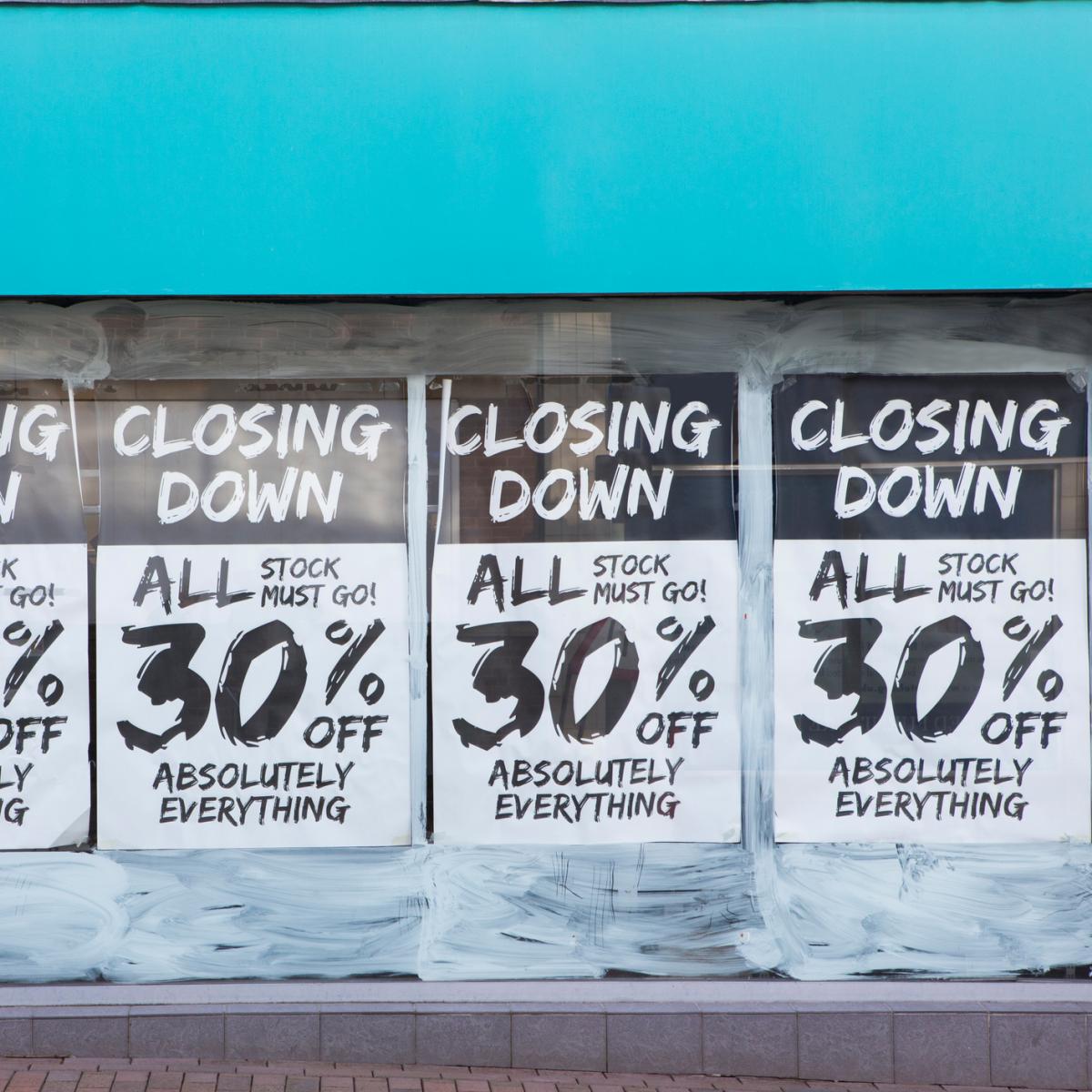 During the 1930s the National Bureau of Economic Research (NBER) introduced the economic indicators approach to ascertain business cycles. A research team led by W.C. Mitchell and Arthur F. Burns studied about 487 economic data points in order to establish what business cycles are all about. Mitchell and Burns had concluded that

[b]usiness cycles are a type of fluctuation found in the aggregate economic activity of nations…. a cycle consists of expansion occurring at about the same time in many economic activities, followed by similarly general recessions, contractions, and revivals which merge into the expansion phase of the next cycle; this sequence of changes is recurrent but not periodic.1

In this way of thinking, business cycles are seen as broad swings in overall economic activity. The NBER research team concluded that because the causes of business cycles are complex and not properly understood it is much better to focus on the outcome of these causes as manifested through the economic data.

It is held that a careful inspection of the data makes it possible to establish peaks and troughs in general economic activity. The peaks and troughs identified by the NBER serve as a point of reference to classify various individual data as leading, coinciding, or lagging. Once the data is classified, it can be assembled into the leading, the coincident, and the lagging groups, known as the leading, coincident, and lagging indices.

These indices are seen as economic signposts that are expected to alert analysts and policymakers regarding the state of a business cycle. When the leading index starts to display signs of weakening, this is seen as a possible indication of weakness in economic activity in the months ahead.

The coincident index confirms that the peak of the cycle may have been reached, while the lagging index provides the final confirmation. Hence by means of these three indicators, it is held, the stage of a business cycle can be ascertained.

Its numerous books and monographs are very long on statistics, short on text or interpretation. Its proclaimed methodology is Baconian: that is, it trumpets the claim that it has no theories, that it collects myriads of facts and statistics, and that its cautiously worded conclusions arise solely, Phoenix-like, out of the data themselves. Hence, its conclusions are accepted as unquestioned holy “scientific” writ.2

Establishing the Essence of Boom-Bust Cycles

Should we regard any decline in the leading index as a precursor for a future economic decline? For how many months must the index decline before we can be certain of an upcoming economic recession?

In addition, if one is to wait for the leading index signal to be confirmed by the coincident index, then what is the point of having the leading index? After all, it is supposed to alert policymakers and businesspersons before the boom or the bust has started. Furthermore, in this way of thinking the lagging index must still provide the final confirmation.

It would appear that by the time the final verdict is given the economy could be already in a deep economic slump or in a strong economic boom. If the driving factors of boom-bust cycles are not known, as the NBER underlying methodology holds, how is it possible to make sense of movements in economic indicators?

How could the government and the central bank employ measures to counter something that is unknown?

Contrary to the NBER philosophy, data does not speak by itself and never issues any “signals” as such. It is the interpretation of the data guided by a theory which generates various “signals.”

According to Ludwig von Mises,

The historian does not simply let the events speak for themselves. He arranges them from the aspect of the ideas underlying the formation of the general notions he uses in their presentation. He does not report facts as they happened, but only relevant facts.3

Hence, to make sense of data one requires a theory beforehand. The purpose of a theory is to provide the essence of the subject of the investigation. The theory should reflect the essence of reality. If it fails to mirror reality, then regardless of how elegant the theory is, it cannot help us in the understanding of the subject of analysis. Note that the NBER framework is about being “practical,” i.e., without any coherent theory. In this way of thinking being practical is labelled as being scientific.

Boom-Bust Cycles and the Central Bank

To establish the essence of the boom-bust cycle, we must establish how this phenomenon emerged.

According to Murray Rothbard,

Before the Industrial Revolution in approximately the late eighteenth century, there were no regularly recurring booms and depressions. There would be a sudden economic crisis whenever some king made war or confiscated the property of his subjects; but there was no sign of the peculiarly modern phenomena of general and fairly regular swings in business fortunes, of expansions and contractions.4

Fed policymakers regard themselves as being the responsible entity authorized to bring the so-called economy onto the path of stable economic growth and stable prices (policymakers decide what the “right” stable growth path should be). Consequently, any deviation from the stable growth path sets the Fed’s response in terms of either a tighter or a looser stance.

These responses to the effects of previous policies on economic data give rise to the fluctuations in the growth rate of the money supply out of “thin air” and in turn to the recurrent boom-bust cycles. (Note that money out of “thin air” is the result of the central bank loose monetary policy).

Now, what typifies the emergence of an economic slump such that businesses that were once thriving experience difficulties or go under? They do not fail because of firm-specific entrepreneurial errors but rather in tandem with whole sectors of the economy.

People who were wealthy yesterday have become poor today. Factories that were busy yesterday are shut down today, and workers are out of jobs. Businesspersons are confused and they cannot make sense of why certain business practices that were profitable yesterday are losing money today.

Bad business conditions emerge when least expected—just when all businesses hold the view that a new age of steady and rapid progress has emerged. An economic slump emerges without much warning and in the midst of “good news.”

Again, contrary to the indicators approach, boom-bust cycles are about activities that sprang up on the back of the loose monetary policies of the central bank. It is not about the strength of various economic data as such.

Now, if central bank policies set boom-bust cycles in motion, obviously these policies cause economic fluctuations. Furthermore, when the central bank changes its monetary policy, the effect of the new stance does not assert itself instantaneously—it takes time.

The effect starts at a particular point and shifts gradually from one market to another market, from one individual to another individual. Consequently, the previous monetary stance may dominate the scene for many months to come before the new stance begins to assert itself.

Just by following the growth rate of money supply, one could get some idea regarding boom-bust cycles in the months ahead.

Given that the time lag in money supply growth and economic activity growth is variable, the assessment as far as the future is concerned can be only qualitative.

Sohrab Ahmari’s new book The Unbroken Thread: Discovering the Wisdom of Tradition in An Age of Chaos is so disappointing I don’t know where to begin. This may seem to be a harsh invective, but in reality, it is a confession. My previous attempts to review this book have resulted in little more than hours and hours of frustration and discarded drafts.

Experts Said Ending Lockdowns Would Be Worse for the Economy than the Lockdowns Themselves. They Were Wrong.

Here’s something we often heard in 2020 from experts who wanted long and draconian covid lockdowns: “Yes, these say-at-home orders are causing economic turmoil, but if you don’t lock everyone down now—and keep them locked down for a long time—your economy will be even worse off!”

Inflation Is a Form of Embezzlement

Monetary inflation is just a type of embezzlement. Historically, inflation originated when a country’s ruler such as king would force his citizens to give him all their gold coins under the pretext that a new gold coin was going to replace the old one. In the process of minting new coins, the king would lower the amount of gold contained in each coin and return lighter gold coins to citizens.

Three city blocks were systematically burned to the ground as hundreds of the local police stood by and viewed the violence. They were obeying orders not to harm the arsonists. The National Guard was called, adding more armed watchers. A passive gendarmerie consorting with open rebellion has rarely been seen in American history, until recently. 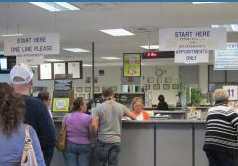 The Bureaucrat as a Voter

The bureaucrat is not only a government employee. He is, under a democratic constitution, at the same time a voter and as such a part of the sovereign, his employer. He is in a peculiar position: he is both employer and employee. And his pecuniary interest as employee towers above his interest as employer, as he gets much more from the public funds than he contributes to them.

Frank Shostak is an Associated Scholar of the Mises Institute. His consulting firm, Applied Austrian School Economics, provides in-depth assessments and reports of financial markets and global economies. He received his bachelor's degree from Hebrew University, master's degree from Witwatersrand University and PhD from Rands Afrikaanse University, and has taught at the University of Pretoria and the Graduate Business School at Witwatersrand University.
My articlesMy books
Follow on:
Previous The Dollar is Aided by Speculation of a Hawkish Fed, Will It Sell-off on the Fact or Disappointment?
Next Ministry of Manipulation: No Wonder Trust and Credibility Have Been Lost