by
Ryan McMaken
My articles My booksMy videos
Follow on:Twitter
Summary:
By mid 2020, it was already becoming clear that the United States was experiencing a spike in crime. Indeed, by midyear, numerous media outlets were already reporting remarkably large increases in homicide in a number of cities. It was clear that if then-current trends continued, homicide rates in the United States would reach levels not seen in over a decade. With full-year data for 2020 now available from the FBI’s Crime in the USA report, we can see that those predictions were right. According to the report, the homicide rate in the United States rose to 6.5 per 100,000 in 2020, which is the highest rate reported since 1997—a 24 year high. Moreover the increase from 2019 to 2020 was one of the largest increases the US has experienced in ninety years. For

With full-year data for 2020 now available from the FBI’s Crime in the USA report, we can see that those predictions were right. According to the report, the homicide rate in the United States rose to 6.5 per 100,000 in 2020, which is the highest rate reported since 1997—a 24 year high.

Moreover the increase from 2019 to 2020 was one of the largest increases the US has experienced in ninety years.

For similar increases in a similarly short period of time, we must go back to the 1960s—or even the 1940s. In other words, this is not normal. If the current trend continues, the US could find itself back experiencing homicide growth not experienced since the late 1960s and early 1970s.

It remains to be seen, however, if this is a temporary spike or part of a longer trend. If it is a spike, we can expect homicide rates to fall back to around 5 per 100,000, as had become a common experience over the past decade. If it is just a spike, then we can blame the surge in homicide on short-term events such as the covid lockdowns or the Black Lives Matter riots. If the surge is part of a larger trend, however, we’ll need to look to more broad and permanent causes for a satisfactory explanation.

There is compelling evidence, however, that trends in crime are driven largely by how the public views the legitimacy of the regime and its institutions. In short, the theory rests on the idea that crime increases when a jurisdiction’s residents do not respect government institutions, and do not believe that government institutions can provide safety or administer justice in a fairly reliable way.

If the United States is indeed at the beginning of an upward trend in homicide, it might be more evidence of what many already suspect is happening: trust in American political institutions is falling, and consequently fear of private crime and social disorder is rising.

Yet, the only comparable percentage increases can be found over two-year periods in the past. For example, from 1944 to 1946, homicides increased rapidly as young men flooded America’s cities and towns following the end of the Second World War. Homicides had been suppressed throughout the war by the fact most of the nation’s young men—the people most likely to commit violent crime—had been shipped off to war. Homicides increased 34 percent from 6,553 in 1944 to 8,784 in 1946. That was a very temporary situation, however, and the “trend” ended in 1946. By contrast, from 1966 to 1968, total homicides increased by 26 percent, rising from 11,606 in 1966 to 14,686 in 1968. This was only the beginning of an upward and severe trend in homicide that would last for years.

What Causes These Changes?

There are many different theories that purport to explain trends in homicides. Many people naturally gravitate toward the ones that confirm their existing world views. For example, some groups can be counted on to blame racial discrimination or a lack of government welfare as the causes of crime. Some say its economic inequality. Others might turn to racial theories to claim that certain ethnic groups are always behind surging homicide. And of course, a favorite alleged cause of changing homicide rates is the presence of firearms.

Like everyone else, I have my own preferred theory and it’s this: trends in homicide are driven largely by the public’s views of the legitimacy of the state’s institutions. When the public regards state institutions as ineffective in maintaining peace, order, and some semblance of justice, violence becomes more widespread.

For example in his 2003 book Collision of Wills,

The sociologist Roger Gould determined that virtually every spike in the homicide rate in 19th-century France correlated with periods of political instability. Moreover, he found that murder rates also went up in parts of France distant from eruptions of actual revolutionary upheaval; simply living in the shadow of a political breakdown was sufficient to jack up the murder rate.

This theory has been developed in detail by Gary LaFree (in 1998’s Losing Legitimacy) and by crime historian Randolph Roth. But perhaps the largest study within this theoretical framework is Roth’s 500-page empirical analysis American Homicide.

Roth contends that any serious analysis must take into account trends in homicide measures over numerous decades in a wide variety of times and places. With this data, Roth concludes is it reasonable to accept LaFree’s contention that the variables that correlate most clearly with homicide are “the proportion of adults who say they trust their government to do the right thing and the proportion who believe that most public officials are honest.”

Roth then adds the following variables as central to understanding movements in homicide rates:

If these conditions do not exist, Roth concludes, then homicide rates will climb as residents view others in their community as potential threats. Furthermore, community members feel they must engage in vigilante justice to make up for a lack of fair or reliable action on the part of police and other state actors.

Criminologists and crime historians, of course, debate over how well the historical data matches the theory. But Roth contends this relationship goes back centuries in American history, even to the seventeenth century. Where revolution, rebellion, and social unrest exist, so will we likely see rising homicide rates.

So are we in this situation right now?

Certainly, the theory is plausible given the current state of affairs. On the one hand are groups like Antifa and Black Lives Matter rioters. These groups can engage in outright violence at times, and at other times, simply sow general unrest and a lack of confidence in the regime. At the same time, we find that a growing number of Americans are purchasing firearms at unusually high levels. Millions of Americans believe that election outcomes are manipulated. Others believe the police are either malicious or at least incompetent. In 2020, police officers were closing down businesses that refused to “lock down.” Police were arresting mothers for daring to let their children play in city parks. We have every reason to believe these acts will only sow additional suspicion and resentment of government institutions. Many believe government mandates are both morally and legally illegitimate.

Moreover the disorder has spread well beyond the nation’s ghettos. It might be comforting to think that homicides are only growing in certain crime-ridden Chicago districts. But this is not the case. Even the nation’s small cities in areas far from the nation’s traditional crime centers are seeing large increases. For example, in South Dakota—a state historically with relatively very low homicide rates—homicides increased by nearly 150 percent from 2019 to 2020. Similar trends were seen in other states, such as Iowa, where homicides have generally been very low in recent decades.

So, if more Americans of many different backgrounds are buying guns because they fear crime, their fear is not based in imaginary trends. From the federal level on down to the local police department and court house, government officials appear either unwilling or unable to deal with the realities of crime and social disorder. The public appears to have taken notice. 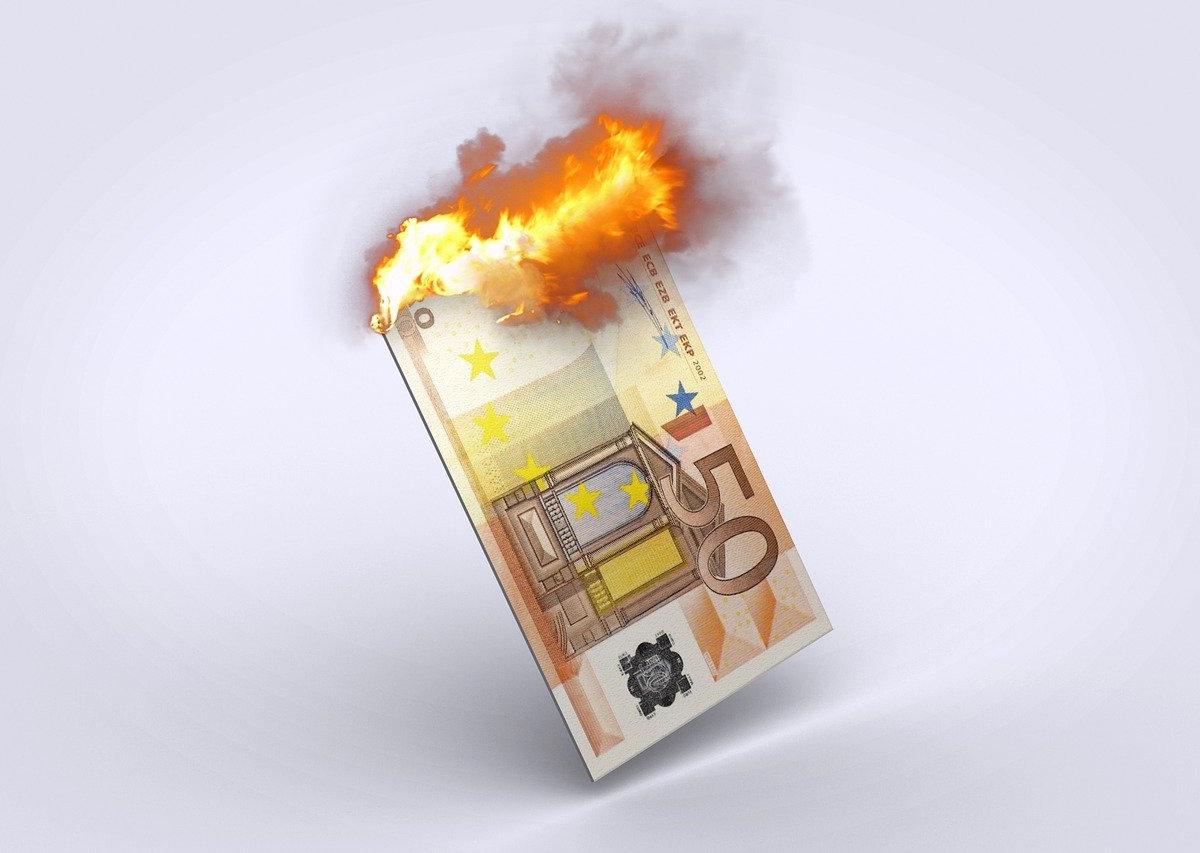 Monetary Competition: The Best Alternative to Razing Central Banks to the Ground

[Editor’s note: Two interviews from August 1992, given by Murray Rothbard to the Swedish student publication Svensk Linje (continuously published since 1942) were recently discovered in the Rothbard Archives and translated by Sven Thommesen for the first time. 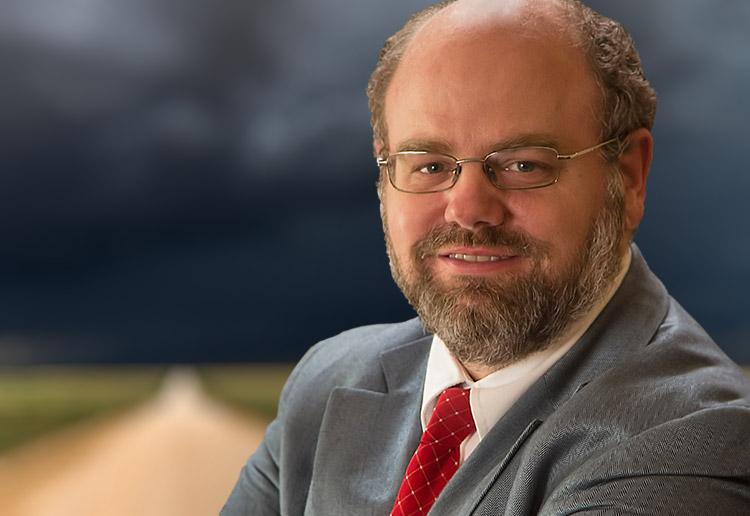 Middle of the Road Leads to Socialism: An Online Seminar with Dr. Robert Murphy

This is a special virtual seminar for donors to our fall campaign.  Donate Today! On Friday, October 8, at 2:00 p.m. CDT, Jeff Deist and Bob Murphy will discuss Mises’s views on interventionism and their continued relevance today, particularly after the last year and a half of economic intervention resulting from covid tyranny. 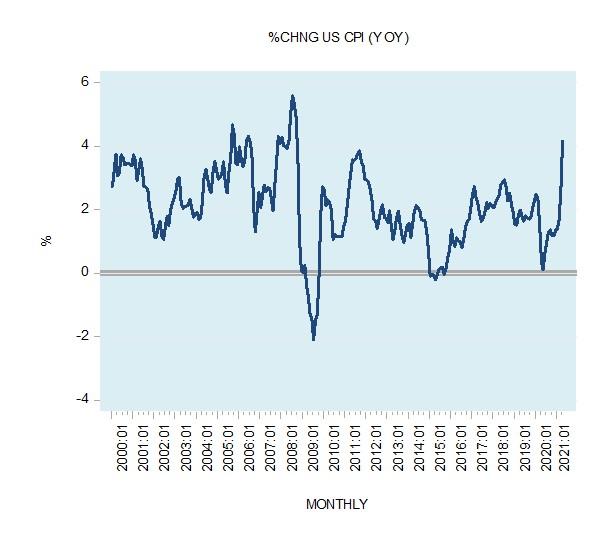 My articlesMy books
Follow on:Twitter
Previous UBS celebrates 50 years in Singapore, as a window to the world, connecting people and ideas
Next Top 1% Gains More Wealth Than the Combined GDPs of Japan, Germany, UK, France, India and Italy, Bottom 50%–You Get Nothing

UBS celebrates 50 years in Singapore, as a window to the world, connecting people and ideas