by
Swissinfo
My articles My booksMy videos
Follow on:TwitterFacebookGoogle +
Summary:
A proposal to make Swiss-based multinationals accountable for their business practices abroad is tabled for a nationwide vote on November 29. An initiative aimed at restricting investments in the arms industry is the second issue on the ballot sheet. The political left is trying to push through amendments to the Swiss constitution to impose sustainable standards on Swiss companies and institutions, which has triggered opposition from the political right and the business community. About 5.4 million citizens are eligible to take part in the two ballots, which are a key element of Switzerland’s system of direct democracy. Corporate responsibility The people’s initiative calls for legally binding measures to make Swiss-based companies improve their human rights

A proposal to make Swiss-based multinationals accountable for their business practices abroad is tabled for a nationwide vote on November 29. An initiative aimed at restricting investments in the arms industry is the second issue on the ballot sheet.

The political left is trying to push through amendments to the Swiss constitution to impose sustainable standards on Swiss companies and institutions, which has triggered opposition from the political right and the business community.

About 5.4 million citizens are eligible to take part in the two ballots, which are a key element of Switzerland’s system of direct democracy.

The proposed constitutional amendment applies to all companies, including multinationals with Swiss headquarters. They have to prove they comply with due diligence rules to prevent abusive labour conditions and to respect environmental protection standards.

Individuals or organisations could sue companies that are in violation of the rules under Swiss law if voters approve the proposal.

Supporters: The initiative was launched by an alliance of NGOs more than five years ago and is supported by church groups, human rights groups, trade unions and political parties mainly from the left. It is the latest stage in a ten-year campaign by civil society organisations for ethical business activities.

One of the most prominent supporters is an internationally renowned human rights expert and former centre-right politician, Dick Marty.

He argues it is time for Switzerland, a country with the highest number of multinational company headquarters per inhabitant, to act.

Opponents: The government as well as parliament have recommended rejection of the initiative at the ballot box. Instead they have drawn up a separate legal amendment. It provides for reporting obligations on human rights, environmental protections and corruption. But it doesn’t include a clause on corporate liability.

The counter-proposal will come into force automatically if the initiative fails to win a majority on November 29.

The leading business associations and a majority of the centre-right political parties have come out against the initiative. They say they agree with the aim of the initiative groups but strongly disagree with the proposed methods. Monika Rühl, CEO of economiesuisse, the Swiss Business Federation umbrella group, has warned of a flood of unjustified legal complaints.

Multinationals: These companies are an important driving force for the Swiss economy. In 2018, there were nearly 29,000 multinationals based in Switzerland with a total of 1.4 million employees in countries around the world, according to official statistics.

Some of best-known names from commodities sector with Swiss headquarters include Glencore, Vitol, Gunvor and Trafigura, the food giant Nestlé and the pharmaceutical companies Roche and Novartis.

The United Nations adopted principles on business and human rights in 2011 which Switzerland implemented in a national action plan five years later based on the international guidelines. However, they do not include binding measures for companies.

Until now, the only options available to individuals or organisations seeking justice from violations of labour regulations or environmental rules by Swiss companies abroad have been to try to go to local courts, to take the protest to the streets or to approach local media. Or they can appeal to the Swiss National Contact Point (NCP). Here are three cases which show the limited role of the NCP.

The people’s initiative wants to outlaw the financing of companies that earn more than 5% of their annual turnover via weapons production. The Swiss National Bank, the state old age insurance scheme as well as pension funds and foundations would be affected in a first phase. These institutions managed CHF1.77 trillion ($1.93 trillion) in assets at the end of last year.

But the proposed constitutional amendment also wants the Swiss government to work towards restrictions for commercial banks and insurance companies both at national and global levels.

The supporters of the initiative, which was launched by a pacifist group and the youth chapter of the Green Party, include left-wing parties and peace groups.

They argue that their proposal helps to build a better world by targeting international arms companies. In the same vein, they say Swiss funds currently invested in arms companies help stoke wars across the world and undermine neutral Switzerland’s role as a peace promoter.

The opponents, a broad alliance from most political parties from the right and the centre, as well as the business community and the government, have warned of serious consequences for the Swiss economy. Small and medium-sized companies which supply parts to the armament industry could be struggling to keep jobs, they say.

They also argue that the independence of the Swiss National Bank could be at risk and pension funds, notably the state old age pension system, might see a notable drop in revenue if further investment restrictions are introduced.

Under current Swiss law, direct  – and in some form also indirect – investments in nuclear, chemical and biological weapons as well as anti-personnel mines and cluster ammunition are banned.

However, a report by the Dutch NGO Pax has shown that the Swiss central bank, the two leading commercial banks, UBS and Credit Suisse as well as the the Fisch Asset Management company last year invested up to $9 billion (CHF8.1 billion) in international companies producing banned war materiel, notably Lockheed Martin, Honeywell, Boeing and Airbus and Aecom.

About 5.4 million voters, including Swiss citizens living abroad, are eligible to take part in the ballots.

It is the third set of votes this year.

Besides the two nationwide ballots, there are numerous votes at cantonal and local levels on November 29.

Julius Baer has poached a senior executive from rival Swiss wealth manager UBS to set up a new division offering private equity and debt investments to its ultra-wealthy clients. The move illustrates how a prolonged period of low interest rates has forced the likes of UBS and Credit Suisse to prioritise offering illiquid private investments to their super-rich clients, who agree to forgo access to their capital in the hope of achieving higher returns.

How I built my own Swiss watch – in a day

Imagine assembling your own Swiss mechanical watch and taking it home with you at the end of the day. swissinfo.ch tried out the popular new concept run by Jura start-up Initium.

The Swiss financial supervisor FINMA says it has opened enforcement proceedings against Credit Suisse into the 2019 spying affair that toppled the bank’s leadership and tarnished its reputation. 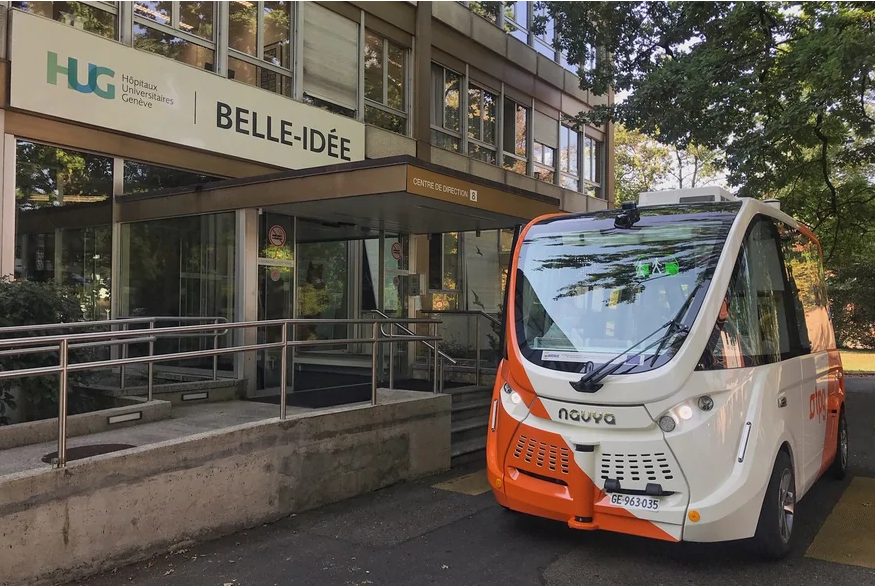 The slow but steady progress of driverless buses in Switzerland

Over the past five years, various kinds of autonomous vehicles, including buses, have popped up on Swiss roads. But though testing continues, a driverless future might yet be some years away.

Swiss drug firm Roche says it is to launch a new Covid-19 antigen test before the end of the year, allowing faster, higher-volume testing. One of the most potent use cases could be at airports to ease the severe restrictions on air transport.

SWI swissinfo.ch – the international service of the Swiss Broadcasting Corporation (SBC). Since 1999, swissinfo.ch has fulfilled the federal government’s mandate to distribute information about Switzerland internationally, supplementing the online offerings of the radio and television stations of the SBC. Today, the international service is directed above all at an international audience interested in Switzerland, as well as at Swiss citizens living abroad.
My articlesMy books
Follow on:TwitterFacebookGoogle +
Previous Where Is It, Chairman Powell?
Next James Mill: Laissez-Faire’s Lenin