by
Gary Galles
My articles My booksMy videos
Follow on:
Summary:
Recently, I was reminded of John F. Kennedy’s most famous line, “Ask not what your country can do for you; ask what you can do for your country,” when I heard it among several famous sound bites leading into a radio show segment. It also reminded me that we will hear it more soon, as we are approaching JFK’s May 29 birthday. However, it is worth reconsidering what it means. Of particular importance is Milton Friedman’s response that “Ask not” was “at odds with the free man’s belief in his own responsibility for his own destiny….[It] implies the government is the master…the citizen, the servant.” You can see the reason by noting that “Ask not” is completely consistent with what a tyrannical government—the kind that has beset people throughout most of recorded 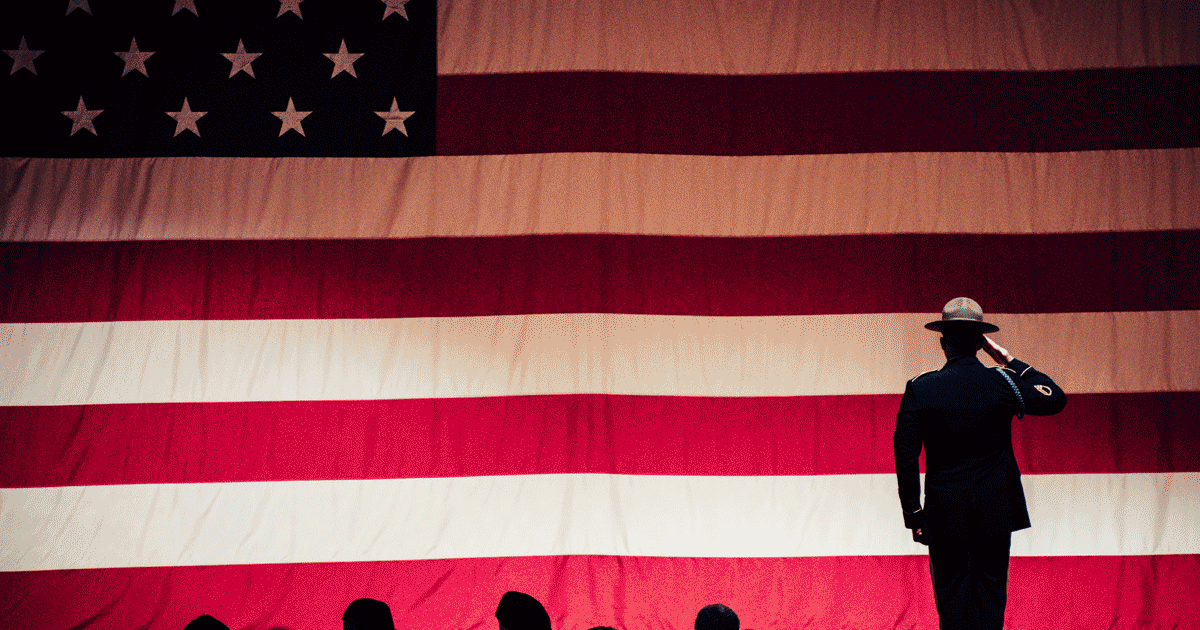 Recently, I was reminded of John F. Kennedy’s most famous line, “Ask not what your country can do for you; ask what you can do for your country,” when I heard it among several famous sound bites leading into a radio show segment. It also reminded me that we will hear it more soon, as we are approaching JFK’s May 29 birthday. However, it is worth reconsidering what it means.

Of particular importance is Milton Friedman’s response that “Ask not” was “at odds with the free man’s belief in his own responsibility for his own destiny….[It] implies the government is the master…the citizen, the servant.”

You can see the reason by noting that “Ask not” is completely consistent with what a tyrannical government—the kind that has beset people throughout most of recorded history—expects of its relationship with citizens. Governors did not exist for the good of the governed; those governed existed for the good of their governors. So citizens shouldn’t waste their time asking what the government will do for them.

But when John Locke argued that government should be for the good of the citizens, not for the good of the governors, he turned that historic reality upside down. And America was formed based on that idea (as illustrated by Richard Henry Lee’s claim that Thomas Jefferson plagiarized the second paragraph of the Declaration of Independence from Locke).

To Locke, a justifiable government would exist for the good of all. If that were so, every citizen would be willing to voluntarily join that society if given the choice. However, most aren’t given that choice. So Locke used the idea of a state of nature—in which one is not automatically committed to being a member of a particular society—to ask what a government that citizens would all willingly join would do for them. That is the opposite of what JFK told us to do. And the answer—very little—is quite different from the government we have.

At heart, what we all want government to do is what John Locke laid out in chapter 9 of his Second Treatise on Government:

Why…subject himself to the dominion and control of any other power?….The enjoyment of the property he has in this state is very unsafe, very unsecure…[so] he seeks out, and is willing to join in society with others…for the mutual preservation of their lives, liberties and estates, which I call by the general name, property. The great and chief end, therefore, of men’s uniting into commonwealths, and putting themselves under government, is the preservation of their property.

The most basic functions of government amount to better protecting property rights. National defense protects our lives, liberties, and estates from foreigners; police, courts, and jails protect them from our neighbors; and the Constitution (especially the Bill of Rights) protects them from our most powerful and dangerous neighbor—the federal government itself. How do those protections benefit us all? They better protect us from coercion by those who might overcome our ability to protect our property rights with superior force. That protection is the basis that enables uncountable acts of voluntary cooperation to jointly benefit us all, and which have made us incomparably better off than our forebears.

Given the apparent chasm between what Friedman recognized as the theory that inspired America and JFK’s inaugural address, is there a way to reconcile them? Yes. The key is who is being addressed by the statement. The inspiration for “Ask not” addressed politicians, not citizens. It was a Kahlil Gibran article, whose Arabic title translates as “The New Frontier.” It said “Are you a politician asking what your country can do for you, or a zealous one asking what you can do for your country? If you are the first, then you are a parasite; if the second, then you are an oasis in the desert.”

Clearly, politicians who abuse their positions to benefit themselves are parasites on their society. We can condemn them for asking what the country can do for them. But applying “ask what you can do for your country” to citizens instead of politicians turns America’s founding upside down. Advancing the general welfare means advancing the welfare of the individuals that comprise our country. But asking citizens to sacrifice for the country, especially when the government is misleadingly used as a proxy for American society, implies that we were made for the government’s benefit, rather than it for ours.

However, that latter step puts the blame in the wrong place. If government followed the principle of “give not” special favors, we wouldn’t need to worry that people might seek them. In other words, we should not blame citizens for asking for what it is a central purpose of politicians in our constitutional system to say no to.

Even the recognition of how something that was originally addressed to politicians can also apply to citizens, however, does not answer Friedman’s critique. That requires asking something more. It is impossible to have a government that advances the interests of all its citizens—that will benefit all of us—unless we first ask the Lockean question of what government will be empowered to do. If what it is allowed to do goes far beyond the Lockean purpose of defending of our property rights against coercion, which enables far more mutually cooperative arrangements, then both politicians and citizens will violate America’s founding principles. Rather than advancing freedom, we will sacrifice people’s lives, liberty, and pursuit of happiness to the unjustifiable violations of rights that will consequently dominate politics.

Once we think about what we must ask, we might actually find more useful inspiration in what Richard Nixon said we must ask and ask not: “In our own lives, let each of us ask not what government will do for me, but what can I do for myself,” because nothing is more inspiring than what individuals can achieve by pursuing their own advancement in liberty, through peaceful, voluntary cooperation that respects others’ equal rights. But when government and its special friends use its coercive power to interfere in such arrangements and impose their own dictates, it punishes rather than promotes the greatest source of societal advancement that exists.

Americans need to recognize that “ask not what your country can do for you,” beyond what advances our joint interests, is good advice, but that to “ask what you can do for your country” has been used to rewrite our founding principles. What government now demands of us “for our country” offers no guarantee to advance our interests. 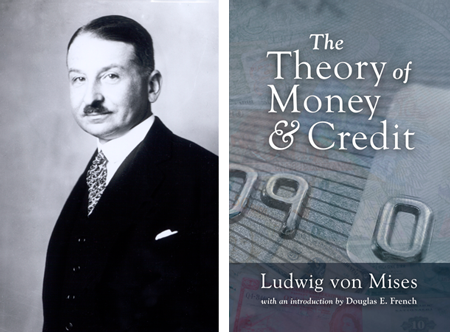 [This article is part of the Understanding Money Mechanics series, by Robert P. Murphy. The series will be published as a book in late 2020.] Starting with Carl Menger’s undisputed role in the “marginal revolution,” which ushered in subjective value theory, the Austrian school has made important contributions that have been absorbed into standard economic theory.

How Central Banks and Lockdowns Are Making the Crisis Worse

What typifies the phenomenon of the boom-bust cycle is that it is recurrent. What is the reason for this? Loose monetary policies set the platform for various activities that would not emerge without the easy monetary stance. What loose monetary policy does here is to engineer the transfer of real savings from wealth generating activities to artificially stimulated activities, which we can label as bubble activities.

The ECB Has Been Hiding Risk. They Won’t Be Able to Do It Much Longer.

Despite the unprecedented increase in the European Central Bank’s asset purchase program, the spread of southern European sovereign bonds versus German ones is rising.

It has been a long time since I read anything by Paul Krugman, and seeing his most recent column simply reminds me why I’ve not missed anything. As both an extreme Keynesian and political partisan, he long ago abandoned economic analysis for something economists should recognize as nothing less than what Mises called metaphysics. 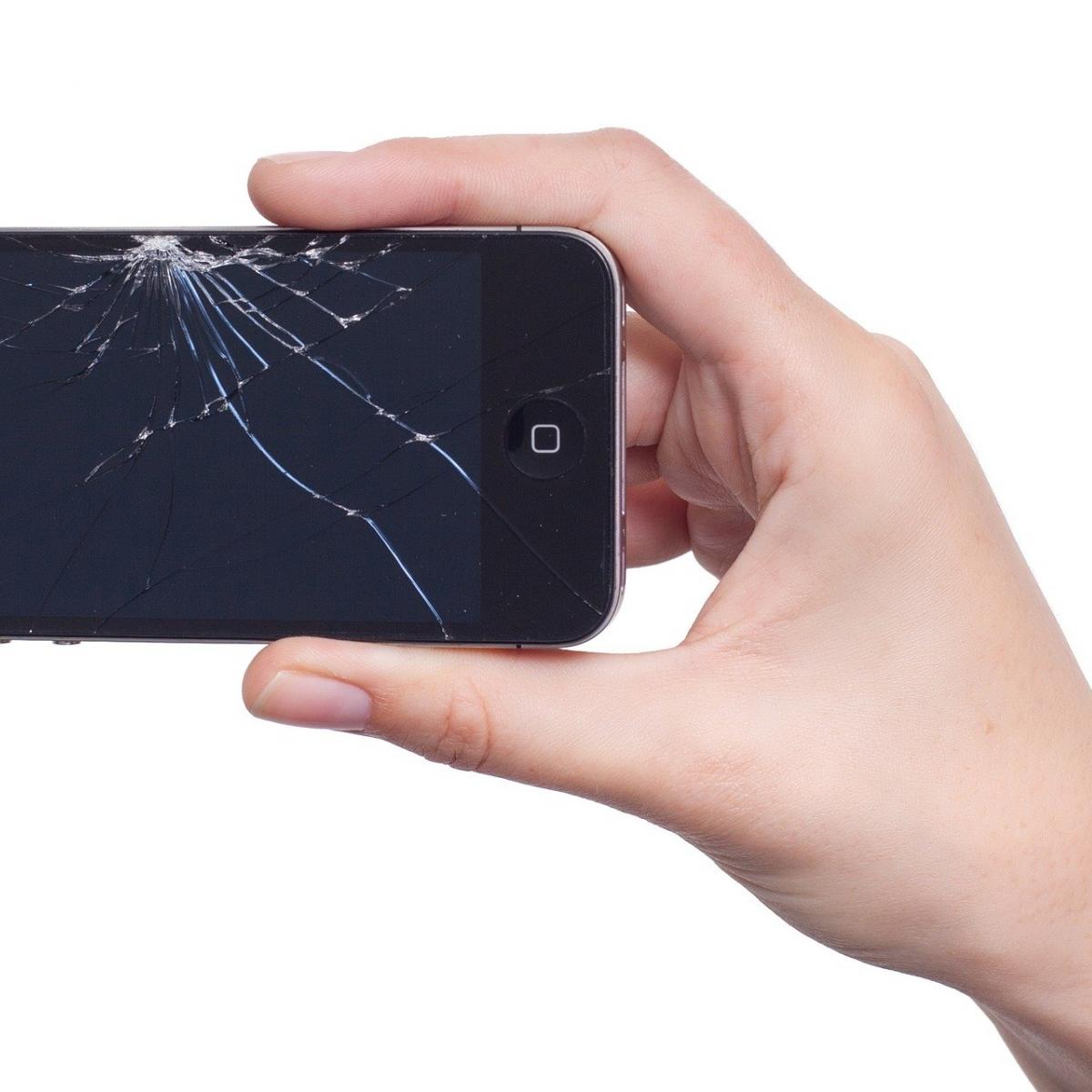 Abstract: Much of Shiller’s new book is about how economic narratives form, spread, and fade. Drawing on medical evidence about the spread of infectious disease, Shiller argues that “economic fluctuations are substantially driven by contagion of oversimplified and easily transmitted variants of economic narratives.” But Shiller ignores the powerful role of monetary disorder, whether in forming the narrative or determining the contagion rate, or as a competitor to the narrative.

My articlesMy books
Follow on:
Previous When Is a Capital Gain Capital Consumption? Market Report, 25 May
Next Poll: 70 percent of residents back ‘SwissCovid’ tracing app

When Is a Capital Gain Capital Consumption? Market Report, 25 May