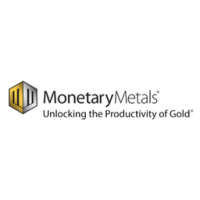 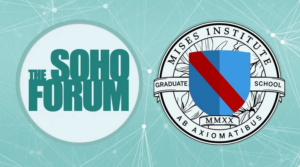 The Soho Forum is a monthly debate series held in Soho/Noho, Manhattan. A project of the Reason Foundation, the series features topics of special interest to libertarians and aims to enhance social and professional ties within the NYC libertarian community.
Moderated by Gene Epstein, former economics editor of Barron’s, The Soho Forum features some of the most highly regarded speakers across varied fields. At each event, the audience actively engages with the speakers, votes on the resolution, and there is a social reception that follows.
After hosting a debate up north at PorcFest in New Hampshire, the Soho Forum is headed down south — to Auburn, Alabama.

END_OF_DOCUMENT_TOKEN_TO_BE_REPLACED 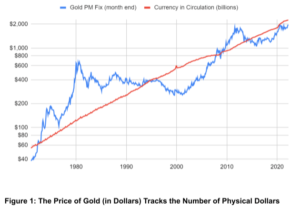 We’re pleased to republish this guest post by Paul Belanger. Paul is the author and owner of the website, Evidence Based Wealth, and the YouTube channel belangp, where he’s published over 10 years of research and analysis of gold. He’s also the author of Evidence Based Wealth: How to Engineer Your Early Retirement, available for purchase at Amazon.com. This post does not necessarily reflect the views of Monetary Metals.
In my last article and video I discussed the nature of investment. As Benjamin Graham has stated “An investment operation is one which, upon thorough analysis, promises safety of principal and a satisfactory return. Operations not meeting these requirements are speculative.” Hopefully I successfully convinced you that because of repeated changes to

END_OF_DOCUMENT_TOKEN_TO_BE_REPLACED 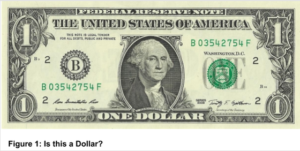 We’re pleased to republish this guest post by Paul Belanger. Paul is the author and owner of the website, Evidence Based Wealth, and the YouTube channel belangp, where he’s published over 10 years of research and analysis of gold. He’s also the author of Evidence Based Wealth: How to Engineer Your Early Retirement, available for purchase at Amazon.com. This post does not necessarily reflect the views of Monetary Metals.
In light of the recent rise in interest rates, I started preparing to write an article discussing the conditions that need to prevail to make a US Government bond a reasonable investment. In the process it dawned on me that in order to do the subject justice I needed to lay some groundwork, specifically exploring the definition of investment. So

END_OF_DOCUMENT_TOKEN_TO_BE_REPLACED 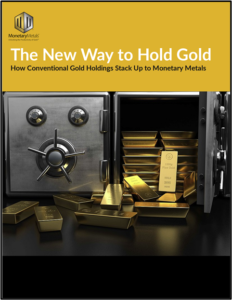 For well over a decade, Ronnie Stoeferle has written the annual In Gold We Trust Report. Since 2013 it has been co-authored by his partner Mark Valek and has provided a holistic assessment of the gold sector and the most important factors influencing it, including interest rates, debt, central bank policy and fundamental analysis.
This years report undertakes a comprehensive macroeconomic analysis and examines the fundamental workings of the financial and economic system with a contribution from Monetary Metals CEO Keith Weiner on “How to Understand Gold’s Supply and Demand Fundamentals”.
“The economic and interest rate situation is not likely to improve. Therefore, people will keep turning to gold.”
You can read the full In Gold We Trust Report here and our

END_OF_DOCUMENT_TOKEN_TO_BE_REPLACED

CEO of Monetary Metals Keith Weiner sat down with Michael Green of RealVision to discuss how Monetary Metals increases gold’s value proposition by paying interest on gold and silver holdings and the inevitable debasement of fiat currencies. Keith and Mike discuss the inherent volatility of Bitcoin, Costco’s ability to maintain its price point, and the colossal meltdown of the Terra stablecoin.
In addition to exploring all things gold, Keith and Mike get into the Federal Reserve’s interest rate hikes and their effect on the broader economy. Last but certainly not least, they discuss the dynamics of the dollar’s endgame.
“The dollar is only good so long as the Fed is solvent, but if that condition fails to be true, the U.S. dollar could one day go the way of the

END_OF_DOCUMENT_TOKEN_TO_BE_REPLACED

Monetary Metals is growing, and we’re looking for our next key hire: Associate Account Manager. We’re giving an ounce of gold to whoever refers the successful candidate. If you know the perfect candidate for this role, please follow these instructions:
Email [email protected] with “I have a Golden Candidate” in the subject line
In the body of the email include:
Your name, email address, and phone number
Applicant’s name, email address, and phone number
A brief description of why this person is perfect for Monetary Metals

END_OF_DOCUMENT_TOKEN_TO_BE_REPLACED

Scottsdale, Ariz –May 5, 2022 Monetary Metals® has recently closed a $4.5 million equity capital raise, bringing the total funds raised to over $8.5 million. The goal of the capital raise is to support the company to scale up.
This round was oversubscribed, like all previous rounds. The company aimed to raise $3 million.
The founder and CEO of Monetary Metals, Keith Weiner commented, “We had strong investor interest in our company during this equity raise, because we have created a new market, demonstrated traction, and anticipate continued exponential growth.”
Monetary Metals offers investors the ability to earn interest on their gold holdings, increasing their total ounces over time. The company does not charge storage fees, thus maximizing returns for

END_OF_DOCUMENT_TOKEN_TO_BE_REPLACED

Thanks for all of those great questions you submitted! Make sure you follow us on Twitter, Facebook and LinkedIn and are subscribed to our YouTube Channel so you can submit question and check out all of our audio articles, media appearances, podcasts episodes and more.
A Gold Mine of Show Notes
Ukraine and inflation
Famous Buyer and Seller Fallacy
Monetary Metals fundamental gold price
World Gold Council estimates on amount of gold mined
The Dawn of Gold by Philip Barton
Nixon closing the gold window
Central Bank Digital Currency
FedCoin Articles
Keith takes down the Central Banks Digital Currency Paper
The Perversion of the Dollar System
TRANSCRIPT
Dickson: Hello, everyone, and welcome to the Gold Exchange Podcast. My name is Dickson Buchanan. I am the VP of

END_OF_DOCUMENT_TOKEN_TO_BE_REPLACED

Scottsdale, Ariz – January 11, 2022 – Monetary Metals has leased gold to L’Orfebre, a European precious metals refiner.
The lease expands Monetary Metals’ gold and silver lease portfolio to include five industry verticals: bullion, jewelry, manufacturers, miners, and now refiners, on four continents.
Investor demand for the lease was substantial, resulting in an oversubscription of the offering. Investors earn a return on their gold, paid in gold instead of incurring vault costs. L’Orfebre benefits from the user-friendly lease structure. The interest rate paid to investors is 2.5%, in gold. The CEO of Monetary Metals, Keith Weiner, commented on the transaction:
“In this age of rampant speculation, gold offers stability. Investments that pay interest in gold

END_OF_DOCUMENT_TOKEN_TO_BE_REPLACED

Episode 25: The Origins and Machinations of the Federal Reserve

This week’s episode of the Gold Exchange Podcast explores the topic of Central Banks, most notably the US Federal Reserve. Monetary Metals’ CEO Keith Weiner explores why the Fed was created and what deleterious effects it has on our economy including inflation, boom bust cycles and monetary debasement in this recorded talk given to investment bankers.
In this talk Keith discusses:[embedded content]
Additional Resources
Episode Transcript
John Flaherty:
Hello, again, and welcome to the Gold Exchange Podcast. Today’s episode is a presentation Keith gave on the Federal Reserve and its impact on financial markets. His audience was an investment banking firm who requested this presentation. Keith covered a wide range of topics including how the Federal Reserve

END_OF_DOCUMENT_TOKEN_TO_BE_REPLACED

Mickey Fulp, aka the Mercenary Geologist, interviewed Monetary Metals’ CEO Keith Weiner to discuss the maturity of Monetary Metals’ recent gold bond. Gold bonds are denominated in gold, with principal and interest payable in gold.
Mickey and Keith have a wide ranging discussion which covers the history of gold as money in the United States, including the history of gold bonds, which were commonplace until 1933. Listen to their conversation below.
[embedded content]

Highlights of the Interview
– How Monetary Metals is making an old idea new again
– What happened to gold as money in the US?
– How exactly does a gold bond work?
– What companies would borrow in gold
– The benefits of gold bonds to investors
– Who can invest in gold bonds
– How to invest in gold bonds

END_OF_DOCUMENT_TOKEN_TO_BE_REPLACED

Scottsdale, Ariz – November 16, 2021 – Monetary Metals is pleased to announce a new gold lease to Valaurum to expand production of the Aurum®, their physical gold currency product. The lease size has grown by 800%.