Home / SNB & CHF / Rebuilding Ukraine. How much can the Lugano summit achieve?

Rebuilding Ukraine. How much can the Lugano summit achieve?

by
Swissinfo
My articles My booksMy videos
Follow on:TwitterFacebookGoogle +
Summary:
Irina Zubchenko walks with her dog Max amid the destruction caused after shelling of a shopping center in March 2022, in Kyiv, Ukraine. Keystone How to set Ukraine on the path to recovery will be the focus of a major international conference hosted by Switzerland in Lugano in early July. But that may be easier said than done with war still raging in parts of the country and lingering concerns about corruption. “Priority number one remains ending the war, because without the war ending, the suffering will definitely continue,” says Manal Fouani, the United Nations Development Programme (UNDP) representative in Ukraine. “And it keeps on mounting, with the challenges growing on a daily basis.” The July 4-5 Ukraine recovery conference (URC2022) held in Lugano was in 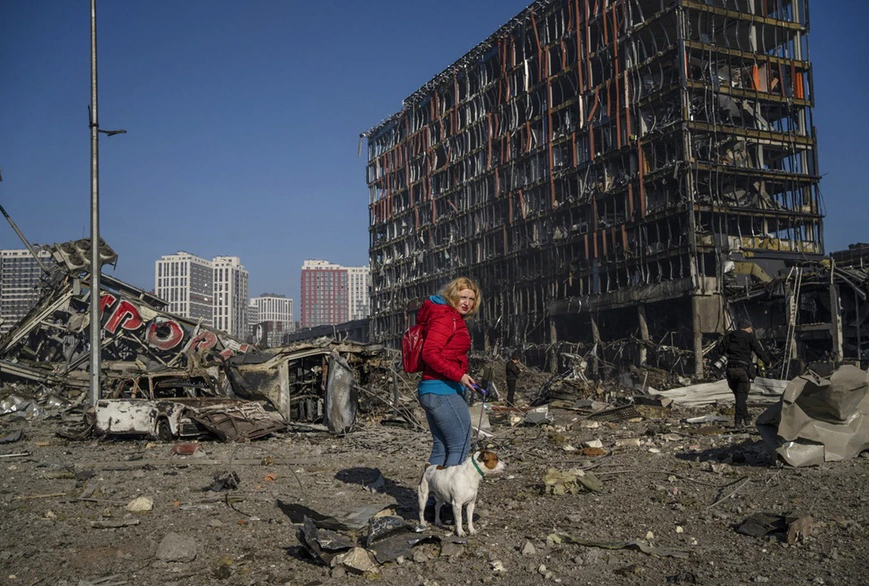 Irina Zubchenko walks with her dog Max amid the destruction caused after shelling of a shopping center in March 2022, in Kyiv, Ukraine. Keystone

How to set Ukraine on the path to recovery will be the focus of a major international conference hosted by Switzerland in Lugano in early July. But that may be easier said than done with war still raging in parts of the country and lingering concerns about corruption.

“Priority number one remains ending the war, because without the war ending, the suffering will definitely continue,” says Manal Fouani, the United Nations Development Programme (UNDP) representative in Ukraine. “And it keeps on mounting, with the challenges growing on a daily basis.”

The July 4-5 Ukraine recovery conference (URC2022) held in Lugano was in the calendar before Russia launched a full-scale assault against Ukraine on February 24. It was part of a series of international conferences held across multiple countries since 2014 to support the Ukrainian government’s efforts at reform and democratisation.

The conference was repurposed to discuss Ukraine’s reconstruction and development plans after Russia invaded its neighbour. The act of war has left major cities including the capital Kyiv and Kharkiv pockmarked by aerial bombing, rocket strikes and artillery shelling. More than 5 million Ukrainians have fled amid the conflict that has claimed thousands of lives, destroyed livelihoods and left vital infrastructure in ruins.

Swiss President and Foreign Minister Ignazio Cassis told a press conference on June 20 that the conference was not meant as a donor event but as a step towards reforms of the state, including good governance, decentralisation, the separation of powers and the fight against corruption.  According to the conference websiteExternal link, discussions will focus on the Ukrainian government’s Recovery and Development Plan as well as reforms, priorities and conditions for international aid to recovery.

Cassis billed the event a “responsibility and an opportunity for Switzerland to contribute to European stability”.

Switzerland says 41 countries and 19 international organisations, including key figures from the World Bank and United Nations, have been invited. European Commission President Ursula von der Leyen has confirmed herExternal link attendance. Ukrainian President Volodymyr Zelensky is expected to join by video link.  There will also be representatives of private sector.

Can reconstruction start before the war ends?

Experts say that the odds of a ceasefire or peace negotiations are slim in the short-term but that doesn’t mean it is too early to think about Ukraine’s recovery.  Many parts of the country enjoy relative calm now as the conflict with Russia has concentrated in the east, and the need to rebuild is urgent.

Fouani says UNDP has been supporting the Ukrainian government with technical expertise in developing its Recovery and Development Plan as well as damage assessment, and that she will be attending the conference in Lugano. The plan, she says, spans “economic, social, environmental and infrastructure recovery”. It puts emphasis on efficiency and accountability while including “the voices of the people” thanks to a wide consultation process.

Immediate pressing needs, she adds, also need to be addressed amid these discussions of “building back better”. People are already returning to their homes in liberated areas, and these need to be made safe. Much of the country is still mined, and this has caused civilian casualties. Full-fledged reconstruction cannot begin before collapsed buildings have been cleared. “It’s essential that quick repairs, improving infrastructure and public services happens as soon as possible, along with ensuring that there is direct support to livelihoods, food production and some economic activities.”

There are also questions about conditions and oversight of international aid to Ukraine for reconstruction.

Simon Pidoux, deputy head of the Swiss embassy in Ukraine and Switzerland’s special ambassador in charge of the conference, said on June 20 that “Ukraine is at the centre of its own reconstruction, they are the ones driving it and all decisions will be taken together”. Cassis nevertheless stressed that one of the principles emerging from the conference should be “full transparency and surveillance of financial flows”.

Ukraine ranked only 122 out of 180 countries in Transparency International’s 2021 Corruption Perceptions Index.External link An August 2020 survey by the Kyiv-based Ilko Kucheriv Foundation for Democratic InitiativesExternal link found that while 41.8% of Ukrainian respondents stated that corruption “is a shameful phenomenon that has no objective grounds”, 36% said that corruption is “a component of social traditions”. Bribes for public services have traditionally been a problem and there has been concern about misuse of international funds.

Fouani of UNDP notes progress has been made on this in the last few years but argues that checks and balances on the use of international reconstruction funds remain important.

“There was recent talk about more than $600 billion of damage, and that figure keeps increasing,” she notes. While no price tag has been put on Ukraine’s reconstruction plan, it will clearly involve large sums of international aid money to Ukraine.

“The conference is also looking into reform, accountability and transparency, and there will be sessions just dedicated to this process,” says Fouani. “This is a topic that has been raised by many partners, and the [Ukrainian] government takes it very seriously.”

Margaret Harris of the World Health Organization (WHO), which will also send representatives to Lugano, calls attention to the need to tackle the health needs of the population.

She notes that at least 295 health facilities in Ukraine have been hit by Russian strikes and that rebuilding and improving the country’s health system must be a top priority. Despite the challenges, the health sector continues to function thanks to dedicated and highly-qualified teams that keep hospitals running.

“We’re certainly supporting where the hardware has been damaged, the buildings, the lack of supplies, but also looking at what are the greatest needs,” she told SWI swissinfo.ch.  “And one of the big needs that’s changed is with support for mental health. We’re actually working very much on that right now with the president’s wife, Elena Zelensky, who’s set up an initiative to try to reach every Ukrainian.”

Harris says there were a lot of mental health problems before the war such as alcohol abuse and chronic psychological illness but “now you’ve got the rest of the population hugely impacted by the terror, grief and suffering they’re experiencing”. Mental health care now needs enormous resources, she stresses.

In addition, she says, there are a lot of non-communicable diseases such as hypertension, diabetes and stroke. In the “liberated areas”, all medicines had been looted, she continues, so medical supplies need to be replenished and primary care increased. “A lot of people who couldn’t get medicines died in the cellars – probably more than by shells and bombs.”

Foauni says it is hard to talk about priorities when there are so many needs. And some are perhaps less obvious, says Rana Amirtahmasebi, a US-based urban planning consultant specialised in post-conflict recovery and cultural strategy. She says successful recovery planning requires a comprehensive and holistic approach, especially in a conflict zone.

“There are soft measures and hard measures for recovery,” she notes. “These measures need to work hand in hand to make recovery possible. This is especially important in the case of conflicts, because the social cohesion and moral compass of the communities are broken.”

Hard measures, she explains, include all traditional infrastructures such as water and sanitation, transport, roads and energy. “While rebuilding those, countries should also focus on soft measures such as arts/culture, and education,” she said. 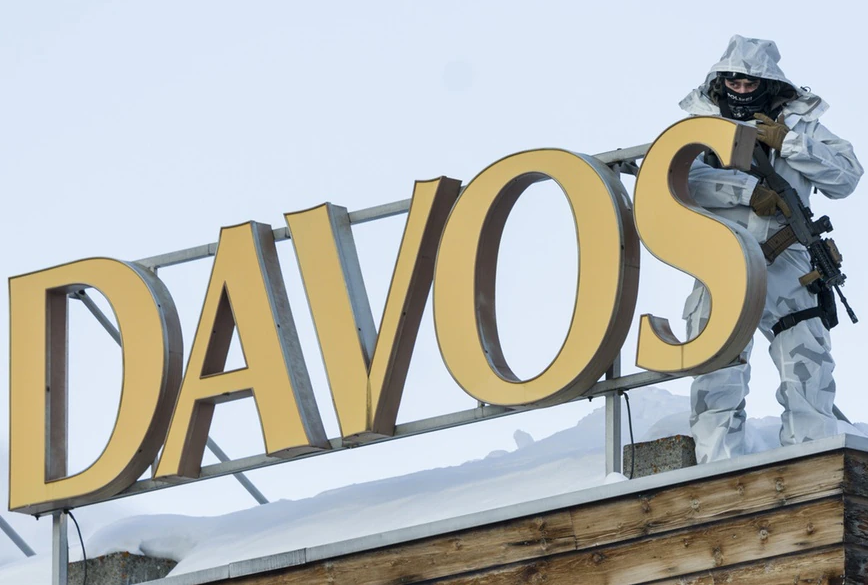 The global elite are gathering in the Alps this week for the World Economic Forum’s annual meeting. Journalist Peter Goodman, author of Davos Man, argues that these billionaires are a “separate species” who have become so powerful that they’re writing the rules for the rest of us.

The riddle of Russian money in Switzerland

There’s a well-worn Swiss bankers joke about the venality of a particular country. The actual country changes with the times but since this is April 2022, it starts like this: “Where is the capital of Russia?” 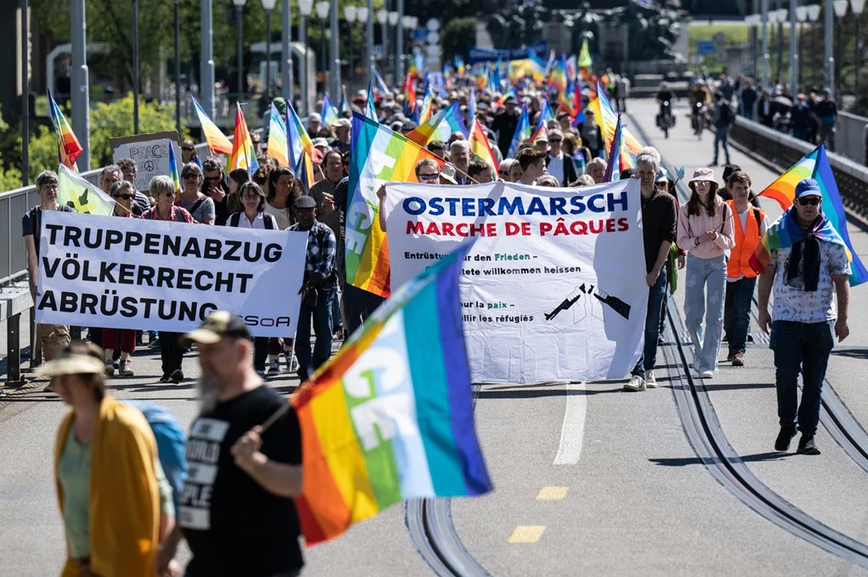 The traditional Easter march has taken place in the Swiss capital, Bern. This year the “Walk for Peace” focused on issues including the climate and Russia’s invasion of Ukraine.

Switzerland has narrowly missed its target of reducing greenhouse gas emissions by 2020 despite coronavirus lockdowns and an unusually warm winter. 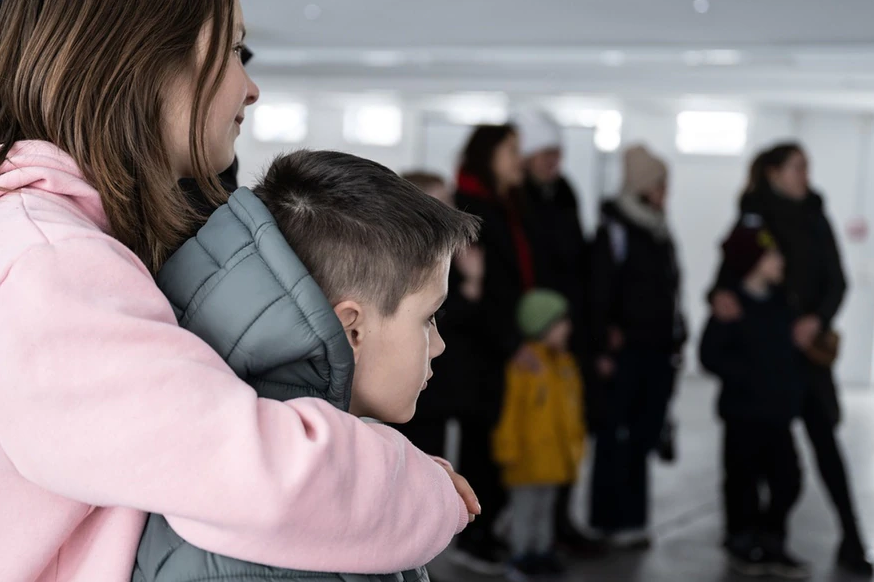 Switzerland can cope with a large number of Ukrainian refugees, and their skills can benefit the economy, says migration expert Thomas Kessler. “The Ukrainian women will provide new impetus in this country,” he told the SonntagsBlick newspaper. “Especially in the IT sector, the Ukrainians are more advanced than Switzerland. In addition, it is normal in Ukraine for women to study natural sciences.”

Glencore sets aside $1.5bn to settle UK, US and Brazil probes

Glencore expects to resolve bribery and corruption investigations in the UK, US and Brazil this year and has set aside $1.5 billion (CHF1.4 billion) to cover potential fines and costs. 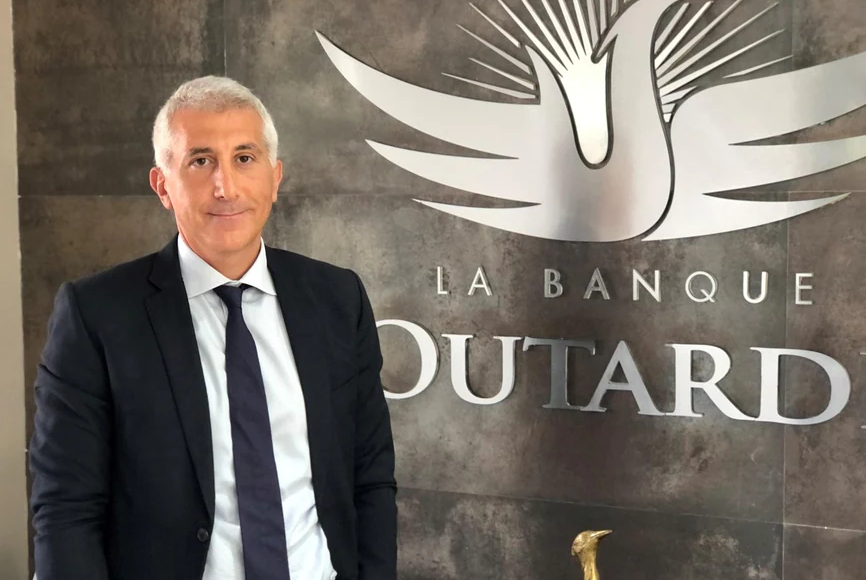 After working in finance in Geneva for 15 years, Olivier Santi emigrated to Dakar in 2017 to head a new bank founded by one of Senegal’s richest businessmen. His career to date demonstrates both the central role Switzerland plays in the finance and raw materials sectors, and the vitality of West Africa’s banking sector.

In 2021, global carbon pollution returned almost to 2019 levels, after a drop during the lockdowns of the pandemic year 2020. Copyright 2021 The Associated Press. All Rights Reserved

The production and trade of goods is at the heart of the globalised market and has a significant environmental impact. Yet there was little discussion at COP26 on how to make it more sustainable, the former director of the World Trade Institute (WTI) tells SWI swissinfo.ch.
This content was published on January 14, 2022 – 09:00
January 14, 2022 – 09:00

Writes about the impact of new technologies on society: are we aware of the revolution in progress and its consequences? Hobby: free thinking. Habit: asking too many questions.
More from this author
| Italian Department

SWI swissinfo.ch – the international service of the Swiss Broadcasting Corporation (SBC). Since 1999, swissinfo.ch has fulfilled the federal government’s mandate to distribute information about Switzerland internationally, supplementing the online offerings of the radio and television stations of the SBC. Today, the international service is directed above all at an international audience interested in Switzerland, as well as at Swiss citizens living abroad.
My articlesMy books
Follow on:TwitterFacebookGoogle +
Previous Macro and Prices
Next Powell Is the New Arthur Burns, Not the New Paul Volcker