Home / SNB & CHF / Entrepreneurship Should Be the Goal, Not White-Collar Jobs

Entrepreneurship Should Be the Goal, Not White-Collar Jobs

by
Lipton Matthews
My articles About meMy booksMy videos
Follow on:Twitter
Summary:
Black entrepreneurship in the United States has a remarkable history. Even during the inhospitable climate of Southern slavery, both enslaved and free blacks managed to establish lucrative ventures. Research on black entrepreneurship has revealed that in the Antebellum South black entrepreneurs’ pursuits spanned the entire gamut of industry, ranging from merchandising to transportation. Indeed, the success of some black entrepreneurs was so astounding that the demand for their services transcended the boundaries of race and class. The case of Archy Carey, a black slave who acquired his freedom, merits attention. Carey was the proprietor of a successful hack-driving business, owner of several investment properties, and was even revered by eminent whites. “He is a 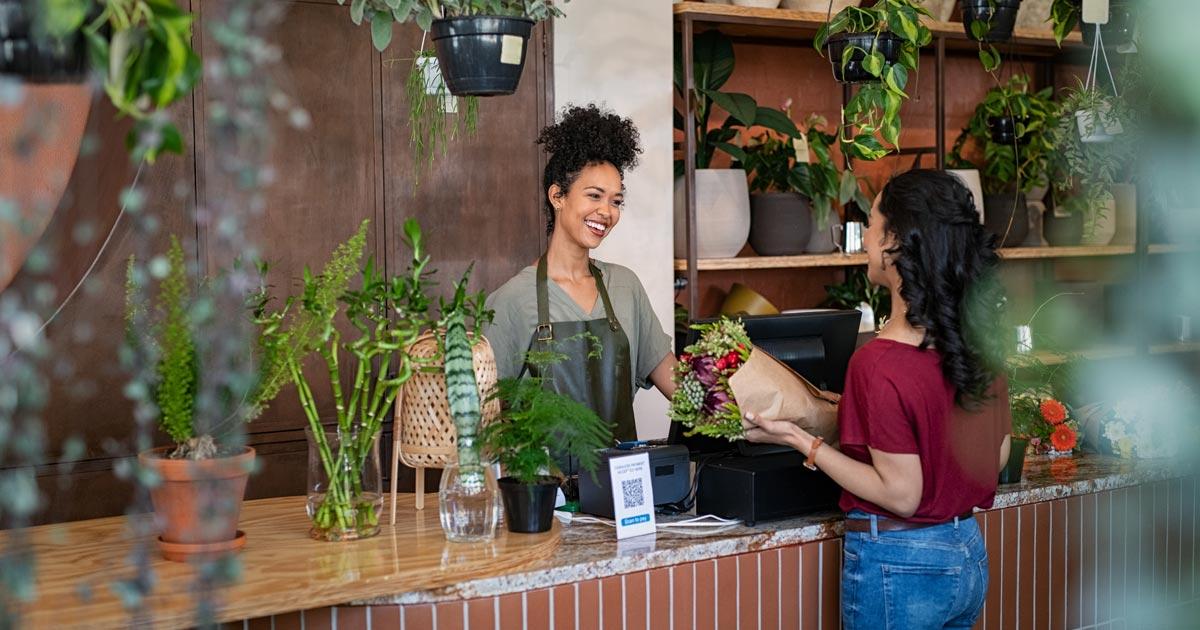 Indeed, the success of some black entrepreneurs was so astounding that the demand for their services transcended the boundaries of race and class. The case of Archy Carey, a black slave who acquired his freedom, merits attention. Carey was the proprietor of a successful hack-driving business, owner of several investment properties, and was even revered by eminent whites. “He is a person of Good character, honest deportment, and without exception in his behavior,” they noted in a petition.

Although blacks are entrepreneurial, black businesses are constrained by cultural dynamics. The black social theorist Elizabeth Wright once noted that black Americans express strong preferences for white-collar employment at the expense of entrepreneurship. Wright submits that in black intellectual circles from the era of W.E.B. Du Bois there has been a tendency to belittle commerce and what some would describe as menial work:

A highbrow snob, Du Bois dismissed as unworthy the labor of craftsmen, farmers, and business owners. In his zeal to drag all blacks through his beloved halls of ivy, he talked of “turning carpenters into men.” For, in that peculiar world into which he had assimilated, one who labored or was bereft of a college degree could hardly be considered a man. It is this pretentious spirit that was to become the hallmark of the black elite, whose overriding influence would shape the thinking and behavior of future generations of blacks.

As a result, blacks might start trades, but rather than encouraging their children to embrace the mantle of entrepreneurship, they implore them to become professionals. Due to the disdain assigned to petty trades, these businesses are never transformed into power players by the second generation. Such ventures are started to generate income for the family so that funds will be available to finance the children’s tertiary education. In sum, the goal is for children to matriculate in the professional class rather than to become entrepreneurs.

Cultural economists would characterize blacks as having an “aristocratic mindset,” emphasizing status signaling instead of accumulating wealth through entrepreneurship. For instance, in his survey of the black elite in America, Lawrence Otis Graham reveals a group obsessed with status and producing the next generation of doctors and lawyers. Unfortunately, intellectual elites fail to appreciate that although doctors and lawyers can become rich, the most sustainable path to wealth is to own a business.

Additionally, another barrier to the success of black enterprises is financial illiteracy. Sourcing capital and investment partners requires an understanding of company finances and performance metrics. Business people who are incognizant of the criteria financial institutions employ to gauge business prospects will be unlikely to secure loans or receive equity financing.

According to a study published by the Congressional Black Caucus Foundation, 82 percent of respondents in the 18–30 category failed to display financial literacy. Lead researcher Dr. Tiffany Howard observed that respondents

didn’t demonstrate … knowledge of one’s own credit score, basic knowledge of the Minority Business Development Agency or Small Business Administration, and knowledge of the minimum years of operation typically required for a business owner to apply for a small business loan from a traditional bank.

A possible explanation could be that the thirst for financial information is not embedded in black culture. In fact, many argue that black culture is marred by conspicuous consumption. Therefore, to remedy the problem, policy makers should not only build institutions to sell financial literacy and entrepreneurship in black communities, but also incorporate the star power of influencers to promote positive messages to black people. Entertainers are the thought leaders in the black community, so using them to advertise financial literacy is likely to garner success.

Linking the misfortunes of black Americans to racism is fashionable, but a more sober argument is that problems afflicting blacks in entrepreneurship and other areas can be solved by a positive transformation of black culture.

In his June 21 New York Times article “Is the Era of Cheap Money Over?,” Paul Krugman argues against the view that the Fed has kept interest rates artificially low for the past ten to twenty years.

The Fed’s New “Tightening” Plan Is Too Little, Too Late

Since 2008, a key component of Fed policy has been to buy up mortgage-based securities and government debt so as to both prop up asset prices and increase the money supply. Over this time, the Fed has bought nearly $9 trillion in assets, thus augmenting demand and increasing prices for both government bonds and housing assets. 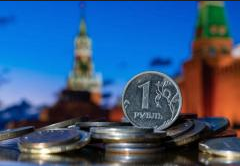 Imposing economic sanctions upon Russia is tantamount to throwing gasoline on a raging fire. The sanctions will not end the Russian invasion of Ukraine and only will make things worse.

Original Article: "The Economic Sanctions against Russia Are Destructive and Counterproductive: We Must Oppose Them"
This Audio Mises Wire is generously sponsored by Christopher Condon.

The Western sanctions against Russia seem to shock very few Westerns. Yet, for several reasons, these sanctions should at least be the subject of lively debate in Western societies. Firstly, these sanctions are illegal from the standpoint of international law (only the Security Council can approve economic sanctions, according to article 41 of the Charter of the United Nations).

Decentralization and the Rise of the West: The European Miracle Revisited

Decentralization has long been at the forefront of the minds of Austro-libertarians. Hans-Hermann Hoppe, for instance, appeared on Austrian television this month sharing his dream of a Europe “which consists of 1,000 Liechtensteins.”

Vietnam Should Have Been the End of US Foreign Intervention. It Wasn’t, and the World Is Worse Off

In 1975, after nearly a decade of outright conflict, the United States government abandoned its doomed escapade in Vietnam. It left a devastated country and over a million corpses in its wake. The corrupt South Vietnamese regime, already teetering on utter collapse, completely dissolved without American support.

As economists debate the causes of, and cure for, this price inflation, it’s worth recounting which schools of thought saw it coming. Although individuals can be nuanced, generally speaking the Austrians have been warning that the Fed’s reckless policies threaten the dollar. In contrast, as I will document in this article, two of the leaders of the Keynesian and market monetarist schools didn’t see this coming at all.
My Worst Professional Mistake
Before diving into it, I need to address a problem: my hands-down worst professional mistake occurred during the early years of the Fed’s “QE” (quantitative easing) programs, when I made bets on (consumer 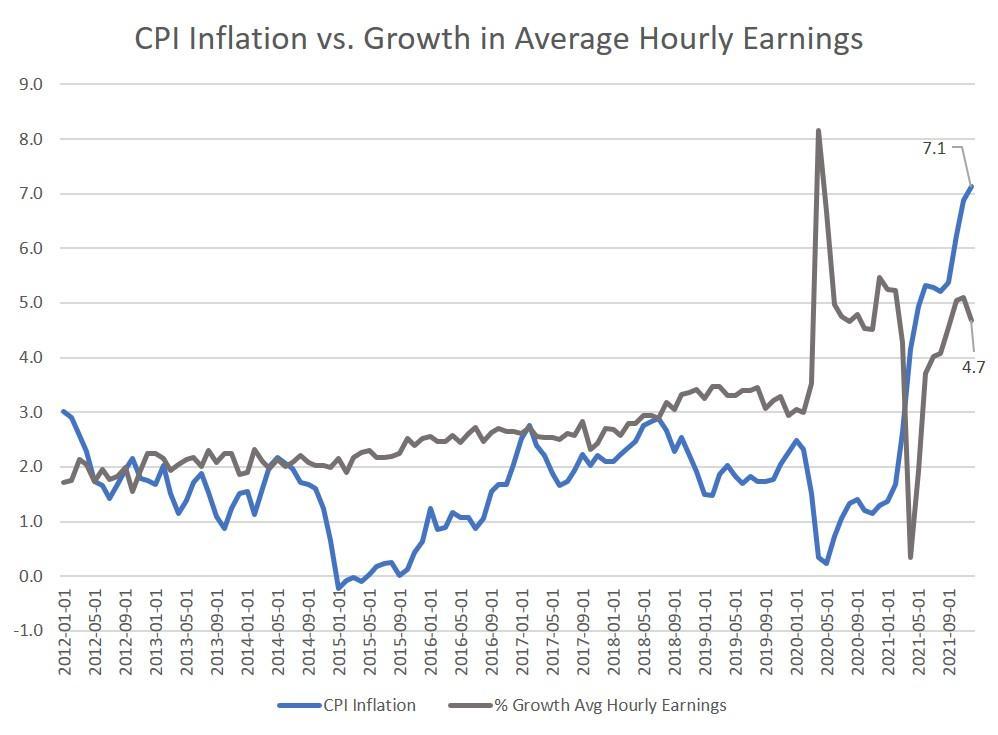 The Fed Has No Real Plan, and Will Likely Soon Chicken Out On Rate Hikes

The Fed’s Federal Open Market Committee (FOMC) released a new statement today purporting to outline the FOMC’s plans for the next several months. According to the committee’s press release: With inflation well above 2 percent and a strong labor market, the Committee expects it will soon be appropriate to raise the target range for the federal funds rate.

Lipton Matthews is a researcher, business analyst, and contributor to Merion West, The Federalist, American Thinker, Intellectual Takeout, mises.org, and Imaginative Conservative. Visit his YouTube channel, with numerous interviews with a variety of scholars, here. He may be contacted at [email protected] or on Twitter (@matthewslipton).
My articlesAbout meMy books
Follow on:Twitter
Previous Here We Go Again: The Fed Is Causing Another Recession
Next Swiss to double aid to Ukraine