by
Ryan McMaken
My articles My booksMy videos
Follow on:
Summary:
The Left long ago figured out how to get ordinary people interested in economic policy. The strategy is two pronged. The first part is to frame the problem as a moral problem. The second part is to make the fight over economic policy into a fight over something much bigger than economics: it’s a fight between views of what it means to be a good person. The Left knows how to make the war over economics into a war over culture. Yet when it comes to economic policy, some opponents of the Left’s economic views—views which are, of course, very wrong—don’t seem to understand the rules of the game. For example, a typical left-wing economic scheme might call for a higher minimum wage, declaring this policy to be a matter of simple decency, and by extension, the moral 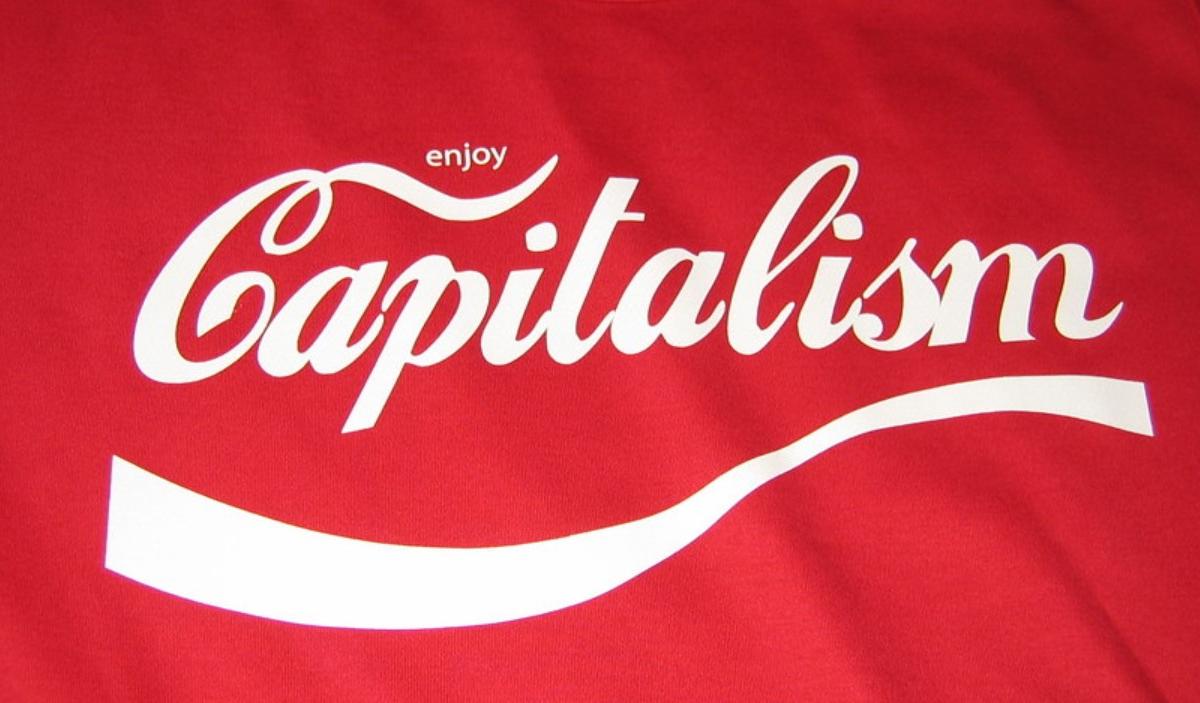 The Left long ago figured out how to get ordinary people interested in economic policy. The strategy is two pronged. The first part is to frame the problem as a moral problem. The second part is to make the fight over economic policy into a fight over something much bigger than economics: it’s a fight between views of what it means to be a good person. The Left knows how to make the war over economics into a war over culture.

Yet when it comes to economic policy, some opponents of the Left’s economic views—views which are, of course, very wrong—don’t seem to understand the rules of the game. For example, a typical left-wing economic scheme might call for a higher minimum wage, declaring this policy to be a matter of simple decency, and by extension, the moral policy. In response to this, some defenders of laissez-faire and free markets often concentrate exclusively on bloodless clinical explanations of “efficiency” or “incentives” or demand curves. The element of moral righteousness is often omitted.

But given that most people want to do “the right thing,” the debate often ends with a sizable portion of the public concluding that they’ll side with doing the right thing, even if some arcane economic free market theory claims the right thing is “inefficient.”

This isn’t to say that economic theory is not important or necessary. It is very important, and we need institutions—ones like the Mises Institute—to hold the line on good theory. But that by itself is not enough. It is also important to appeal to the moral and cultural currents within a society. Otherwise, good theory will not gain wide traction.

In the United States, the party of free markets during the nineteenth century—which happened to be the Democratic Party—understood this well.1 Politically, this liberal movement—what some call “classical liberalism”—was a force to be reckoned with and won many elections at all levels of government, because it convincingly made the claim that laissez-faire was the right thing to do. Moreover, to fight for free markets was the right thing to do, because to fight for laissez-faire meant to fight for the livelihood and well-being of one’s community. Self-preservation required fighting the other side, which sought the destructive policies of high tariffs, inflationary currency, and special favors for politically powerful industries. The Democratic Party during the nineteenth century was well aware that politically connected financiers and imperialist politicians were more than happy to tax and regulate ordinary Americans into oblivion. Fighting them on the economic front was no mere intellectual exercise.

Explaining economic policy was a huge component of this fight. This was a period when ordinary Americans frequently argued over the gold standard, and banking policy, and tariffs.

Murray Rothbard noted how this seems very odd to the modern American, who is accustomed to regarding economic policy as too complex to be of much interest to the average voter:

One problem that strikes anyone interested in 19th-century political history is, How come the average person exhibited such great and intense interest in such arcane economic topics as banking, gold and silver, and tariffs? Thousands of half-literate people wrote embattled tracts on these topics, and voters were intensely interested. Attributing the answer to inflation or depression—to seemingly economic interests, as do Marxists and other economic determinists—simply won’t do. The far-greater depressions and inflations of the 20th century have not educed nearly as much mass interest in economics as did the milder economic crises of the past century.

It was understood that explaining good economic theory is important because good theory shows how the other side is ripping you off.

The choice was stark. On the one side were the Republicans, dominated by the old-guard Anglo-Saxons who favored high tariffs, alcohol prohibition, and federal regulations on the labor market in the form of immigration controls.

On the other side were the Democrats, favored by white Southerners suspicious of federal power and also by the Catholics, Lutherans (many of them immigrants), and moderate Presbyterians (like Grover Cleveland) who wanted lower taxes, freedom to drink alcohol, and freedom to buy cheap foreign goods. The Democrats saw themselves as opposed to wealthy bankers and urban oligarchs who sought to expand their control over every village and town in America.

These arguments extended across all levels of government. The Democrats villainized the Republicans as puritanical control freaks seeking to close the taverns, destroy parochial schools, and raise taxes nationwide. The Republicans, for their part, argued that without high taxes and prohibition, the nation would be overrun by moral degenerates, Catholics, drunkards, and foreign goods.

These issues naturally extended to monetary policy as well. The Democrats wanted hard money, a gold standard, and limits on the ability of both bankers and government officials to inflate the money supply. The Republicans took the opposite view, supporting inflation and paper money.

These positions coalesced around a clear cultural divide, fashioned around divergences in religious views, views about the morality of “demon rum,” and views of urban life and big cities. Disputes over taxes or the gold standard were not arcane debates on economic policy. They were at the heart of each side’s cultural identity.

So why was it so easy to get the public to debate the benefits of a gold standard even in ordinary taverns and living rooms? Rothbard concludes:

Each side infused its economic issues with a moral fervor and passion stemming from deeply held religious values.

Once we understand this, Rothbard notes, the “mystery of the passionate interest of Americans in economic issues in the epoch is solved.”

So, it is not shocking to see that when Grover Cleveland won a resounding victory for the Democrats in the 1892 election, his inauguration speech was filled with economic policy. In his speech, he denounced high tariffs and announced, “[N]othing is more vital to our supremacy as a nation and to the beneficent purposes of our Government than a sound and stable currency.” He insisted that sound economics must be considered because it is not possible to “defy with impunity the inexorable laws of finance and trade.”

He advised his audience that the nation must refuse to subsidize industry and private businesses, and that “bounties and subsidies … burden the labor and thrift of a portion of our citizens to aid ill-advised or languishing enterprises in which they have no concern.”

Cleveland pledged to cut back government welfare, which had been doled out in increasing amounts as pensions to veterans. For Cleveland, the good guys had won out over those who favored an economics of taxes and inflation. This was what his supporters wanted to hear.

The Decline of Laissez-Faire and Its Cultural Foundation

Ultimately, however, the Cleveland coalition failed. This was partly because the Democrats were wrongly blamed for the economic crisis of 1893, which destroyed the Democrats’ power for years afterward. But the laissez-faire coalition also failed because it largely gave up on explaining economic policy and it failed to show the relevance of laissez-faire to the larger battle over culture. The fight over central banking and sound money receded into the background and became almost exclusively an arcane debate over theory. The fight over taxation became less tied to any specific cultural or religious group. Thanks to an effective divide-and-conquer strategy by the Republicans, party competition became less ideological and more pragmatic. The cultural and moral foundation behind laissez-faire was never revived as part of an effective political coalition. Ultimately, the party of free markets lost to Progressivism—and its crony capitalist, corporatist vision for the economy triumphed.

“Both Theory and Praxis: Rothbard’s Plan for Laissez-Faire Activism” by Ryan McMaken

“Taking Government Out of Politics: Murray Rothbard on Political and Local Reform during the Progressive Era” by Patrick Newman

“The Transformation of the American Party System” by Murray Rothbard

Descriptive terms which people use are often quite misleading. In talking about modern captains of industry and leaders of big business, for instance, they call a man a “chocolate king” or a “cotton king” or an “automobile king.” 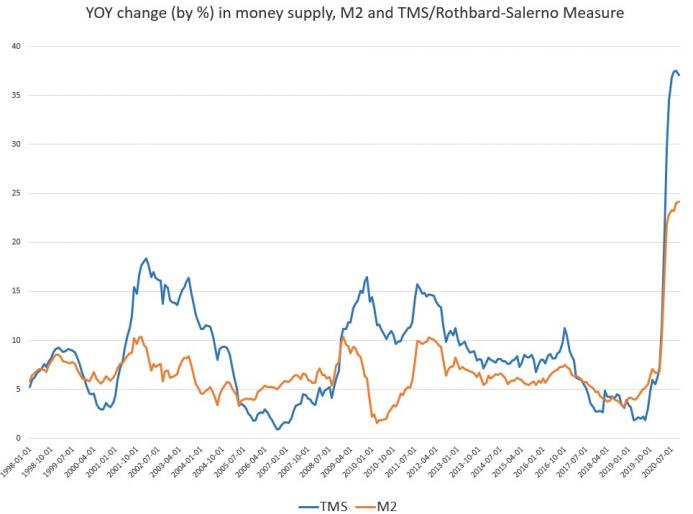 In October, money supply growth fell slightly from September’s all-time high, although growth still remains at levels that would have been considered outlandish just eight months ago. October’s easing in money-supply growth comes after eight months of record-breaking growth in the US which came in the wake of unprecedented quantitative easing, central bank asset purchases, and various stimulus packages.

According to Anne Applebaum, those who deny American “exceptionalism,” that is to say, global crusading for “democracy,” are dangerous extremists.

On October 29, the nineteenth Central Committee of the Chinese Communist Party concluded its fifth plenum, a four-day meeting devoted primarily to laying the groundwork for China’s fourteenth five-year plan, which covers the period from 2021 to 2025. 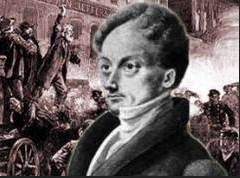 My articlesMy books
Follow on:
Previous FX Daily, February 15: Sterling Continues to Run Higher and US Winter Storm Gives Oil Another Boost
Next Average annual inflation rate for residential property in 2020 was 2.5 percent