Home / SNB & CHF / Electric cars are on the way, but is Switzerland ready?

Electric cars are on the way, but is Switzerland ready?

by
Swissinfo
My articles My booksMy videos
Follow on:TwitterFacebookGoogle +
Summary:
Switzerland has 5,700 public charging points dotted around cities, towns and villages. But charging infrastructure is regularly cited as the country’s Achilles heel. © Keystone / Christian Beutler Last year saw a surge in new electric vehicle (EV) sales worldwide and Switzerland was no exception. But the experience of frontrunner countries like Norway shows that some things will have to change if the Swiss electric car revolution is to keep pace in the years ahead and reduce carbon emissions. 2020 was the year the electric car went mainstream. General Motors, the largest automaker in the United States, said 40% of its fleet will be electric by 2025. Meanwhile, China led the charge towards e-mobility in terms of total sales of EVs, and Germany, France and the UK 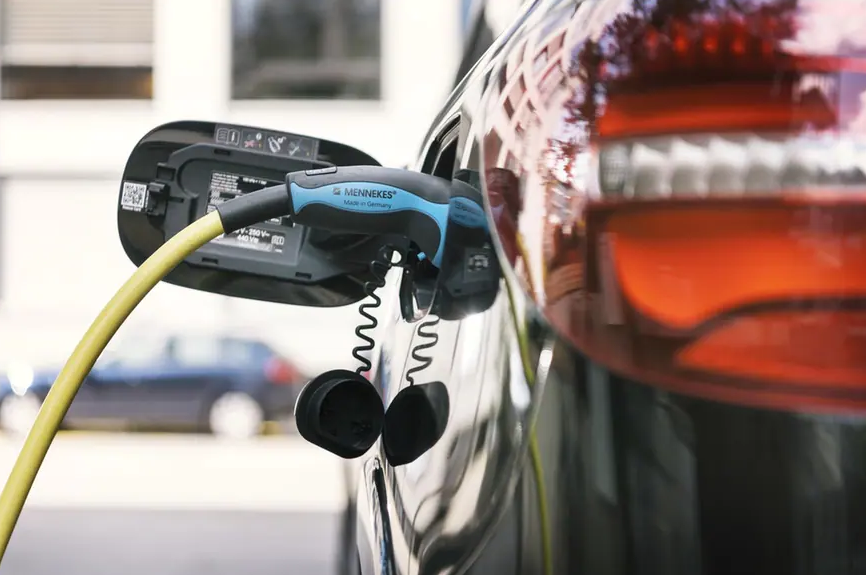 Last year saw a surge in new electric vehicle (EV) sales worldwide and Switzerland was no exception. But the experience of frontrunner countries like Norway shows that some things will have to change if the Swiss electric car revolution is to keep pace in the years ahead and reduce carbon emissions.

2020 was the year the electric car went mainstream. General Motors, the largest automaker in the United States, said 40% of its fleet will be electric by 2025. Meanwhile, China led the charge towards e-mobility in terms of total sales of EVs, and Germany, France and the UK saw triple-digit growth as buyers snapped up new models appearing as a result of tough new emissions targets.

Among smaller countries, Norway remained an electric frontrunner. Last year it became the first nation where electric car sales overtook those powered by other means (54% of all new cars are battery electric).

Switzerland, which has a gross domestic product (GDP) similar to Norway’s, set a sales record of its own. By last month, the federal government’s goal of increasing the share of new rechargeable vehicles to 15% by 2022, set out in the “Roadmap for electric mobility”External link, had been smashed.

“The evolution over the past year has been very positive,” said Marianne Zünd, spokesperson at the Federal Energy Office.

“Usually with the adoption of new technologies there is a so-called S-curve that starts very slow and then gets steeper and steeper and at the end slows down again. I think we are at the start of the steepening slope,” said Martin Bolliger, head of the technical department at the Touring Club Switzerland (TCS).

He notes that the Swiss have emerged as early adopters; distances in Switzerland are relatively short, people are ecologically aware and they have the financial means to purchase electric vehicles that are, on average, more expensive than gasoline or diesel-powered models.

“Also, Switzerland doesn’t have an auto industry with its own agenda, so Swiss buying power has been unleashed relatively easily with relatively little opposition,” Bolliger said.

Switzerland wants to become carbon neutral by 2050. Transport plays a key role, as it is responsible for one-third of CO2 emissions, more than any other sector.

Politicians and industry experts agree that the Alpine country needs to step on the gas pedal if it wants to boost the uptake of EVs long-term and make a dent in vehicle emissions.

“We are in a climate crisis. If this transition is technologically possible and economically viable it needs to happen as fast as possible,” Green Party Senator Adèle Thorens told Swiss public radio, RTS, last month.

Following the Norwegian and UK models, the Green Party has pushed – unsuccessfully so far – for strict deadlines to phase out fossil-fuel powered vehicles.

Over the past two decades, oil-producing Norway has offered reduced taxes on EVs and a range of incentives and exemptions to entice car buyers. Meanwhile, recently Swiss cantons have offered limited tax breaks and incentives in an uncoordinated fashion with no clear federal strategy.

Environment Minister Simonetta Sommaruga recently met representatives from cantons, cities and the car and electricity industries as well as the real estate sector to discuss “more ambitious goals” for EVs and infrastructure, but nothing was decided on.

By contrast, says Bolliger: “Norway is giving money, and advantages like parking lots and bus lanes and electricity at the parking lots. I think to make going electric easier it would be good to promote electric vehicles. We see in neighbouring markets that direct subsidies to encourage people to buy electric cars is very efficient.”

But Martin Winder, head of transport projects at the Transport and Environment Association (VCS/ATE), believes Norway’s strategy of subsidising EVs is far too expensive – estimated to cost CHF2 billion – and unnecessary in Switzerland.

“The fact that more and more electric models are being sold shows that it’s possible to do without such a strategy,” he said.

The new CO2 law, which the Swiss will vote on June 13, contains good incentives, said Winder.

“If the Swiss validate the new law, the rules will be strengthened and importers will have to sell more electric cars and economic combustion-engine vehicles,” he said.

François Launaz, president of the car importer association Auto-Schweiz, is also dubious that Norway should be a model for Switzerland.

“I think we need to remain realistic. Norway has decades of advance over all other countries. To want to impose mobility without combustion engines by 2025 in a country like Switzerland which is completely underequipped in recharging stations is utopian,” he told RTS.

“I fear a roadblock”

Charging infrastructure is regularly cited as Switzerland’s Achilles heel. The country has 5,700 public charging pointsExternal link dotted around cities, towns and villages. By the end of 2021, fast-charging stations should be set up at 50 motorway rest areas and at most gas stations. Federal officials say this density of charging points per vehicle is above the European average.

“We’re not doing bad, but I fear a roadblock in the coming years,” said Anthony Patt, professor of climate policy at the federal technology institute ETH Zurich.External link “The biggest factor whether someone is interested in buying an electric car in Switzerland is: ‘Can I charge this thing at home?”

He said the Swiss charging network is “pretty dense” but it’s “geared around the wrong model”.

“A lot of towns and village have tried to do their bit and created one or two spaces. That’s not what people want. They are kind of useless,” he said.

Where Switzerland is really lagging behind, says the ETH Zurich researcher, is car owners’ ability to charge at home, whether it be in an apartment garage or on the streets where residents park overnight.

The Federal Energy Office has supported several pilot projects to install chargers at urban parking spaces in cities like Zurich and Basel. But it admits that generally “there are very few available”.

In Switzerland 57% of people rent their apartments, while 84% of Norwegians own their flats or houses. Norwegians have the ability to charge their vehicles at home which Swiss people don’t.

One solution may come from Switzerland’s neighbour. Last year, Germany passed a bill giving tenants the right to install a charging station for their EV. It also made it compulsory for building owners to upgrade the wiring in the building as necessary for the chargers. This change could emerge in Switzerland, but it will be very difficult, officials say; nobody is currently lobbying for it.

“The market might fix it when it comes to chargers in buildings, but I don’t see a way to deal with on-street parking unless the governments and municipalities get involved,” said Patt.

“Then again, in five to ten years technology could solve the problem. Electric cars could charge so fast and have such big batteries that essentially you treat them as a gasoline car, but we’re not there yet.”

Switzerland is wrangling over implementation of tougher tobacco laws

The Swiss parliament is currently debating tightening restrictions on advertising of tobacco products. This comes after a people’s initiative calls for a radical advertising ban to protect children.

Our analysis of what the biggest global companies in Switzerland are up to. This week: corporate funding in politics, diamond billionaire on trial and high hopes for the economy. 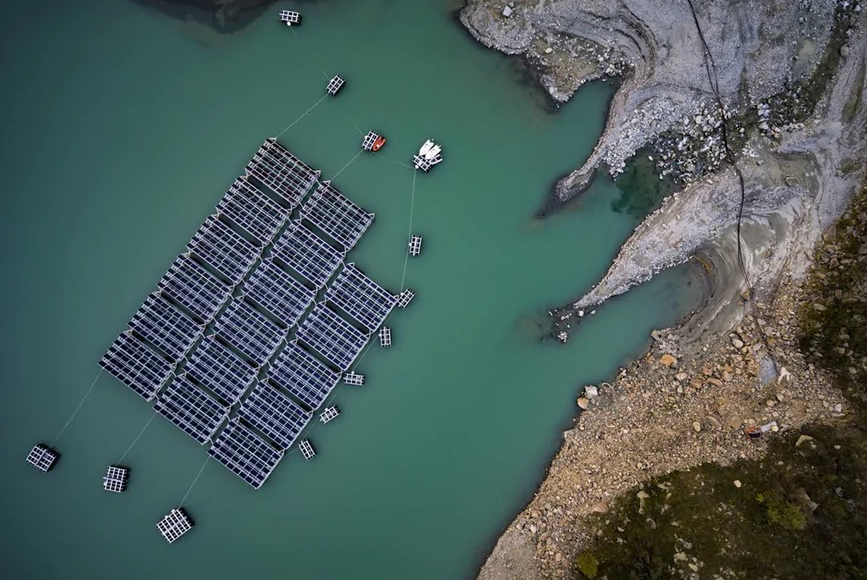 The Swiss automobile industry registered its worst result in over 40 years, as the number of new cars hitting the road in 2020 fell by a quarter compared to the previous year.

Former Swissair bosses have been ordered to pay CHF2.75 million ($3 million) almost 20 years after the national airline carrier went bust. The bill has been presented to 14 former managers after many years of legal wrangling and court battles.

Life as an expat in Swiss cities: the good news and the less good news

Born in London, Thomas was a journalist at The Independent before moving to Bern in 2005. He speaks all three official Swiss languages and enjoys travelling the country and practising them, above all in pubs, restaurants and gelaterias.
More about the author
| English Department

SWI swissinfo.ch – the international service of the Swiss Broadcasting Corporation (SBC). Since 1999, swissinfo.ch has fulfilled the federal government’s mandate to distribute information about Switzerland internationally, supplementing the online offerings of the radio and television stations of the SBC. Today, the international service is directed above all at an international audience interested in Switzerland, as well as at Swiss citizens living abroad.
My articlesMy books
Follow on:TwitterFacebookGoogle +
Previous Episode 17: Why Fedcoin?
Next Europe was the main continent of residence for Swiss citizens abroad in 2020