by
Swissinfo
My articles My books
Follow on:TwitterFacebookGoogle +
Summary:
Britain’s controversial Internal Market Bill has prompted Switzerland’s former chief negotiator with the EU, Michael Ambühl, to examine the thorny issue of sovereignty in EU talks. The issue of balancing access to the EU market in exchange for a degree of EU regulatory intrusion on home turf has come to the fore during the ongoing Brexit negotiations. The British government is trying to enact new legislation, the Internal Market Bill, that could limit the ability of Brussels to impose EU market regulation on UK territory. The currently debated bill (if adopted) would also contravene international law – but that is another story. Switzerland and the EU are also currently involved in negotiations to define new framework conditions (“institutional agreement”) for 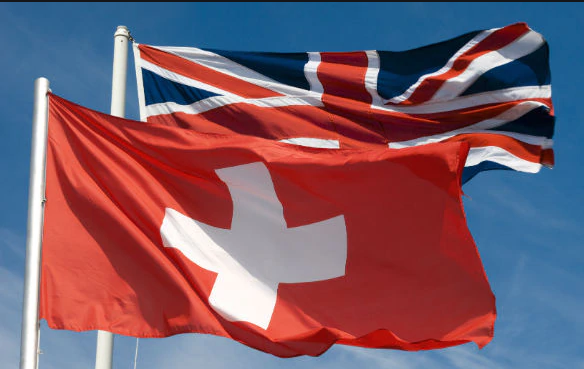 The issue of balancing access to the EU market in exchange for a degree of EU regulatory intrusion on home turf has come to the fore during the ongoing Brexit negotiations. The British government is trying to enact new legislation, the Internal Market Bill, that could limit the ability of Brussels to impose EU market regulation on UK territory.

The currently debated bill (if adopted) would also contravene international law – but that is another story.

Switzerland and the EU are also currently involved in negotiations to define new framework conditions (“institutional agreement”) for the bilateral treaties governing relations between the two sides. There also, the question of balancing sovereignty and market access is at the forefront.

Are the two cases – Britain and Switzerland – comparable? The answer is yes and no. On the one hand, there are clear differences between the Swiss and British situations. Firstly, the size of the two countries influences bargaining power. Secondly, their histories (imperial versus landlocked country) impacts the self-image of the respective political actors. And thirdly, the institutional integration (member state versus non-member state) creates a different starting point in negotiations.

On the other hand, both Switzerland and Britain have commonalities: (1) A “sovereignty reflex”, by which I mean an attitude (or perception) of public governance that allows – subject to international legal and political constraints – taking decisions in a self-determined way. (2) A free trade spirit giving greater importance to free market forces than, say, Mediterranean countries. (3) The most important similarity is an intention to have a good functioning cooperation with its most important partner, the EU, but from the outside. This last point makes it interesting to compare bilateral negotiations.

On October 28, swissinfo.ch will moderate a high-level panel discussion entitled “Beyond Brexit: The Future of Commerce”. The event, staged in Zurich and livestreamed by the British-Swiss Chamber of Commerce, will examine the impact of Brexit on trade with Switzerland.

There will soon be two large European financial powers outside of the EU that share common economic interests on the global stage. Will this result in closer cooperation between Switzerland and Britain, and if so, what impact will this have on the two countries, the rest of Europe and the wider stage?

Brussels wants to protect the homogeneity and integrity of its single market with two main measures: a so-called level playing field of regulations defining the market access of goods and services plus an efficient resolution of dispute settlements. The EU has demanded this from London and Bern.

Brussels wants to prevent a cherry-picking policy where they benefit from the big internal EU market without having the same obligations as member states. So far so good. However, there are two principal problems arising from these demands.

A first concerns third countries taking over future EU rules whose content is not yet known – a sovereignty problem. But there are two aspects that need to be taken into consideration. The rule is only applicable to a well-defined area (the corresponding bilateral agreement), which limits the extent of this measure. Secondly, Britain, Switzerland and the EU have common views regarding framework conditions – hence, the potential differences might not have a substantial impact.

This pragmatic approach should be supplemented by an opt-out rule, allowing the third party (Britain or Switzerland) to deviate in certain pre-defined areas if vital interests are affected. In the Brexit negotiations, the “level playing field” problem focuses on state aid rules. In the case of Switzerland, the issue is broader because it concerns the rules of all market access agreements.

A second problem relates to the dispute settlement mechanism. Brussels is demanding that a possible arbitration court would have to ask the European Court of Justice for a binding ruling before taking a decision. This, too, creates a potential problem as the main concept of an arbitration – its independence – is undermined. Here also, pragmatic solutions are already on the table.

Yet, what to do if the negotiations are blocked? Conventional negotiation experience says a party can only negotiate well when it can walk away – or, more technically expressed, when it has a good “best alternative to a negotiated agreement” (BATNA).

What is lost when a party fails to conclude (at least temporarily) an agreement? Brussels would lose less than London or Bern, because the EU is less dependent on good relations with the two smaller parties than the other way around.

However, there is an interesting difference between Bern and London. Undoubtedly, Britain normally has greater bargaining power than Switzerland, due to its demographic, economic and military power. But in the specific case of these negotiations, it is rather the opposite.

If the trade negotiations between London and Brussels fail, Britain has no market access apart from through the WTO trading system (which is a given for all WTO members). In the Swiss case, the existing 120 bilateral agreements would continue to exist even if no agreement could be found.

Certainly, it would be nicer – for various reasons – to have an “upgraded” bilateral agreement system, but market access through the existing agreements would still exist. The EU might denounce them, but this seems rather unlikely as the EU also benefits quite substantially from the bilateral agreements with Switzerland.

To conclude: let us hope that these reflections remain academic and that the parties find mutually satisfactory solutions. With a bit of creativity and good will on all sides this should be possible.

Michael Ambühl had a distinguished diplomatic career before being appointed Professor for Negotiation and Conflict Management at the federal technology institute ETH Zurich in 2013.

He was heavily involved in negotiating the Swiss-EU bilateral treaties that cover a range of topics, from movement of workers, transport, the environment, pensions, combating fraud and education.

During stints in the foreign ministry and as head of the State Secretariat for International Financial Matters, Ambühl mediated between Armenia and Turkey before tackling the thorny issue of banking secrecy and taxation with the United States and other countries.

The views expressed in this article are solely those of the author, and do not necessarily reflect the views of swissinfo.ch. 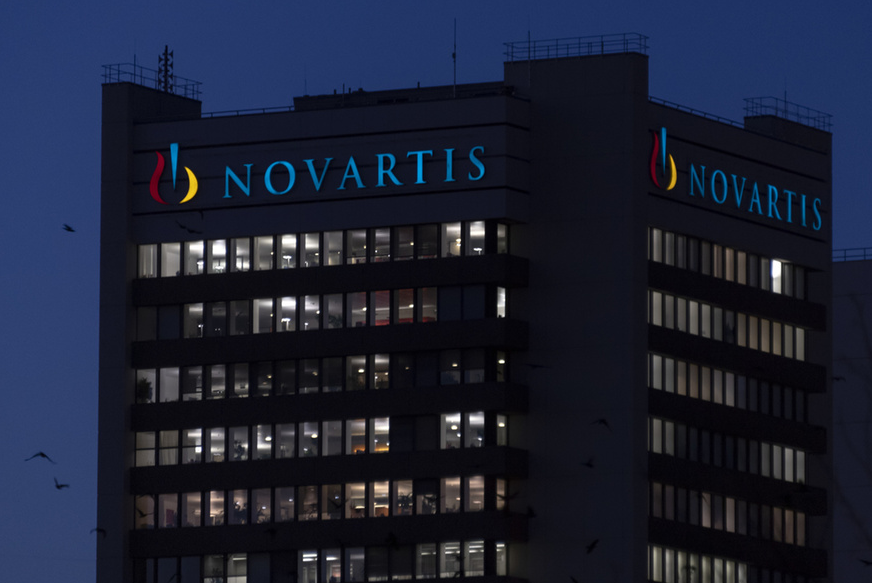 On a Monday morning, just over a year ago, investment firms across the EU found they were no longer allowed to trade on the Swiss stock exchange. It happened almost overnight — simply because Brussels refused to extend a regulatory “equivalence” deal with Switzerland, which gave each side free access to the other’s markets.

Several Swiss companies and banks have found themselves in the line of fire as the United States ramps up pressure on the Venezuelan government. Washington has sanctioned numerous top officials for money laundering and drug trafficking in the oil-rich but economically flailing Latin American nation. 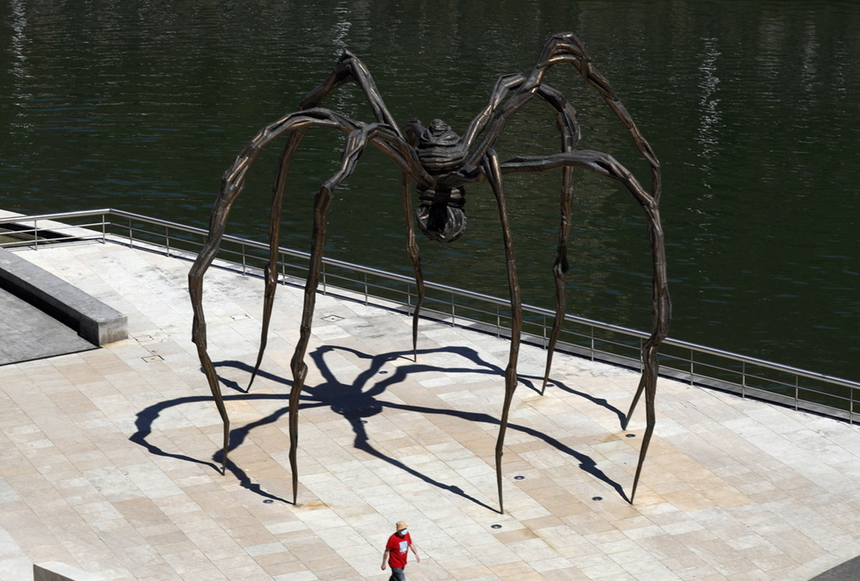 Swiss International Air Lines (SWISS) has published its flight schedules up to October 24, the end of the summer timetable. As well as resuming service to more network destinations, it plans to intensify its frequencies on routes already restored in both its short-haul and long-haul networks.

German tour operator TUI is to close eight of its 62 branches in Switzerland with the loss of around 70 jobs, owing to the effects of the coronavirus crisis. 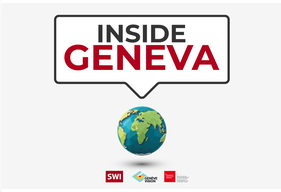 Major Swiss bank Credit Suisse has agreed to pay $15.5 million (CHF14.6 million) to settle a dispute with shareholders in the United States, according to court filings on Friday.

SWI swissinfo.ch – the international service of the Swiss Broadcasting Corporation (SBC). Since 1999, swissinfo.ch has fulfilled the federal government’s mandate to distribute information about Switzerland internationally, supplementing the online offerings of the radio and television stations of the SBC. Today, the international service is directed above all at an international audience interested in Switzerland, as well as at Swiss citizens living abroad.
My articlesMy books
Follow on:TwitterFacebookGoogle +
Previous And Silver Crashes Some More! 24 Sept
Next 2500 students quarantined at Lausanne’s hotel school