by
Investec
My articles My booksMy videos
Follow on:Twitter
Summary:
© Michael Müller | Dreamstime.com On 19 June 2020, Switzerland’s extraordinary state in relation to the SARS-CoV-2 pandemic ended. This was accompanied by further easing of restrictions aimed at reducing the spread of the virus. Hand washing, maintaining social distance and mask wearing are the three golden rules that remain, according to Swiss president Simonetta ... 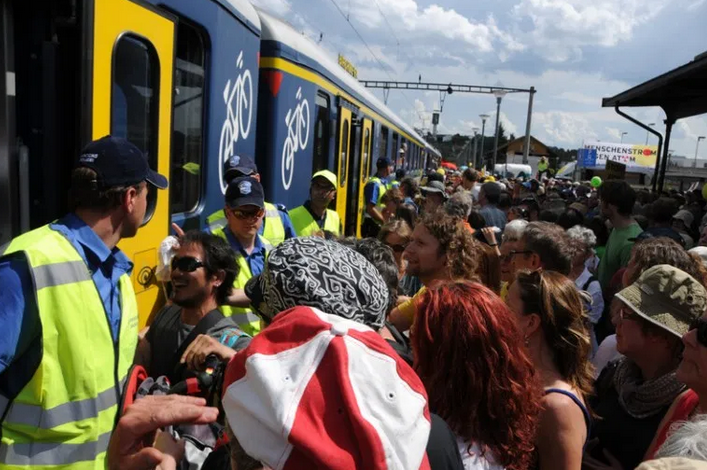 On 19 June 2020, Switzerland’s extraordinary state in relation to the SARS-CoV-2 pandemic ended. This was accompanied by further easing of restrictions aimed at reducing the spread of the virus.

The minimum distance to be maintained between people in public spaces was reduced to 1.5 metres. However, Alain Berset, Switzerland’s interior minister, said that spending 15 minutes 1.5 metres from someone still increases the risk of infection. If the 1.5 metre rule cannot be followed then contacts must be recorded, he added.

In addition, customers in restaurants and bars are no longer required to be seated, and the closing time limits no longer apply. Until recently these establishments had to be closed between midnight and 6am.

The maximum number of people allowed at events, such as weddings and exhibitions, rises from 300 to 1,000. However, groups over 300 must be broken down into subgroups of no more than 300 and contacts must be traceable. Cantons can impose stricter rules than those mandated by the federal government if they deem it necessary.

Gatherings of more than 1,000 people remain banned until at least 31 August 2020, although an exception has been made for political and civic protests where participants are legally required to wear masks, something particularly important given that shouting, chanting and singing create and project a lot of droplets that are known to spread the virus. Political demonstrations with up to 300 people have been allowed since 6 June 2020, a rule that some have broken.

The exception for political protests makes little sense from an epidemiological perspective. The virus makes no distinction between those gathering to protest and those gathering for another reason. Tracing contacts could be difficult given the public nature of protest. And there is a risk that protest attendees shout and chant without masks, despite the legal requirement to wear them. Few protestors wore masks at recent US-inspired demonstrations in Switzerland.

In addition, Switzerland’s federal government ended the recommendation that workers work from home, including recommendations specifically related to vulnerable workers. These decisions now fall on employers, who continue to be responsible for protecting the health of their employees in the workplace.

In many ways the ending of the extraordinary situation shifts the responsibility for limiting the spread of SARS-CoV-2 to cantons and employers. Going forward, the rules and measures deployed to contain the spread of the virus will increasingly vary from canton to canton and from workplace to workplace.

Shifting responsibility to employers might affect the job market. People with high-risk health profiles might be overlooked in favour of younger hires. It also poses new legal questions. Who is liable if one employee’s risky behaviour outside work leads them to catch SARS-CoV-2 and infect another careful employee at work? This question matters even more if infection results in long term lung or heart damage, strokes and blood clotting, something that is now known to occur in some Covid-19 patients.

A recently published update to the ongoing study in Geneva to assess the extent of SARS-CoV-2 infection suggests 10.8% of the population may have been infected in the first wave of infections. The study, which tests a sample of the population over time for IgG SARS-CoV-2 antibodies, started in early April 2020. The latest figures come from the fifth week of testing, which was concluded on 9 May 2020.

The Swiss authorities should have been more open about what they did and didn’t know about the SARS-CoV-2 virus in the early stages, according to Bertrand Kiefer, doctor, ethicist and editor of the Swiss Medical Review.

On 25 June 2020, Switzerland’s contact tracing app, known as SwissCovid, became available for download. Created by a group of specialists at EPFL led by Marcel Salathé, a professor of digital epidemiology, the app allows chains of infection to be traced by informing people if they have been in contact with anyone infected. Countries, like South Korea, that have done a good job of this have been able to quickly isolate infected people and halt the spread of the virus.

Coronavirus: Switzerland holds off on open borders with Italy

Switzerland’s Federal Council announced on June 2 that it plans to maintain border restrictions with Italy until further notice as a reciprocal border arrangement with Italy would be premature.

Investec is a distinctive Specialist Bank and Asset Manager. We provide a diverse range of financial products and services to our niche client base.
My articlesMy books
Follow on:Twitter
Previous SwissCovid app now available for download
Next As the Fed Pumps, the Stock Market Is Increasingly the Only Game in Town