In defense of Switzerland

by
Claudio Grass
My articles My books
Follow on:TwitterLinkedIN
Summary:
Prof. Angelo M. Codevilla An interview with Prof. Angelo M. Codevilla Following decades of the propagation of a false historical narrative regarding Switzerland’s role during WWII, an entire generation, especially in the West, has grown up with a distorted version of events, based on unfounded and unsubstantiated claims. To set the record straight, Claudio Grass interviewed Professor Codevilla, whose book “Between The Alps and a Hard Place“, examining the real history of the Swiss in WWII, has made a significant contribution in countering the defamation campaign against the Alpine nation. In it, one can find a detailed examination of this period and an insightful analysis of the relevant historical facts and context,

Claudio Grass writes An unexpected blow to the ECB

Claudio Grass writes An unexpected blow to the ECB 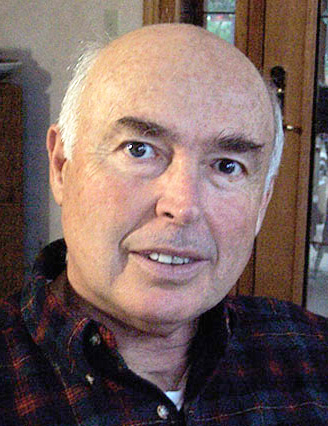 Following decades of the propagation of a false historical narrative regarding Switzerland’s role during WWII, an entire generation, especially in the West, has grown up with a distorted version of events, based on unfounded and unsubstantiated claims. To set the record straight, Claudio Grass interviewed Professor Codevilla, whose book “Between The Alps and a Hard Place“, examining the real history of the Swiss in WWII, has made a significant contribution in countering the defamation campaign against the Alpine nation. In it, one can find a detailed examination of this period and an insightful analysis of the relevant historical facts and context, that allow for a deeper understanding of the topics discussed in the interview that follows.

Angelo M. Codevilla is professor emeritus of International Relations at Boston University.  Educated at Rutgers, Notre Dame, and with a PhD from the Claremont Graduate School, Codevilla has served as a U.S. Naval Officer, a U.S. Foreign Service Officer and on the staff of the U.S. Senate Intelligence Committee. During a decade at Stanford’s Hoover Institution, he wrote books on war, intelligence, and the character of nations.

Claudio Grass (CG): The historic narrative or “received wisdom” about Switzerland, and especially about its role during WWII as the “Nazis’ banker”, has been propagated for so long that it is often accepted as a fact today. What made you decide to examine this period closer and to write a book defending Switzerland and challenging the widely held misconceptions?

Angelo M. Codevilla (AC): Actually, it might seem surprising to some, but the idea of Switzerland as the Nazi’s banker was not widespread at all, until fairly recently, when it was propagated by an obvious campaign mounted by interest groups allied with the Clinton administration. Nor did that mistaken impression get terribly far in affecting or shaping U.S public opinion. I decided to research, to study and to write about this, because I just could not abide by the use of a manufactured historical fraud – and American power, which then was at its height – to put money in the pockets of those with links to the highest levels of American politics. The last lines of my book summarize its aims rather concisely: it is meant to serve as a warning against such hubris, and a prayer that today’s American political actors would heed the lessons of the past and learn the perils it entails.

CG: Could you summarize for us your conclusions on how Switzerland really acted during WWII? What are the biggest myths linked with the campaign against the country’s reputation that started during the 90’s?

AC: I used the Swiss case to illustrate a broader point about what happens to neutral countries in times of war: they have no dog in the fight, but the fighting dogs will do everything in their power to force the neutrals to join them. Therefore, what the neutrals do at any given point during the war has very little to do with their own desires and almost everything to do with the balance of power between the contending parties.

I document that historic truth, about Switzerland, but I start with similar past examples that stretch all the way back to the Peloponnesian war. It really is nothing new, these dynamics have played out many times before. One only needs to study history and these patterns become quickly and clearly apparent.

CG: Gold, of course, famously stands at the core of this issue, with horrifying stories of large quantities being shipped to Switzerland by the Nazis after they stole it from the persecuted Jewish population. Is there any merit to the idea that Switzerland made a fortune from gold during the war? Also, why was the Swiss franc the only currency backed by gold at the time and which nations used it instead of other currencies?

AC: The canard about the Swiss profiteering from the gold trade was most easily exploded. And yet, one only needs to scratch the surface to see it crumble upon closer scrutiny. Of course, the Nazis stole gold, and not just from the Jews, but from everybody else as well. This is widely known and well documented. But its essence was Germany’s power in 1940-43, largely because of the prospect that it would win, to obtain tungsten and other materials from outside the areas it controlled, directly with whatever currency the suppliers would accept. What they would and would not accept was determined by the countervailing power of the Allies. The Allies allowed the Spaniards and Portuguese to accept Swiss francs.

Hence, the entire basis of the bulk of the Nazi gold trade was very simple: force Switzerland to convert gold to francs, pay the suppliers with francs, and then watch as the suppliers converted these francs back to gold for their own accounts. Sure, Switzerland got trading commissions, but these did not even come close to making up for the massive amounts that Germany took out of the Swiss economy on “credit”, that no one imagined would ever be paid back. The only gold trade on which Switzerland made money during the war was with the U.S.

The Swiss franc had always been backed by gold. During the war, it was in the interest of the Allies as well as of Germany that it remained that way.

CG: Would it even make sense back then to store funds in Switzerland, a small country located in Germany’s back yard with no chance of mounting a successful defense, as opposed to the much more secure and defensible UK or the US?

AC: The notion that Europe’s “smart money” went to Switzerland for safekeeping is not only patently untrue but also obviously inane as well. When Germany invaded Belgium in 1914, it crushed the idea that neutrality provided any sort of protection or safeguard in the twentieth century. As the war intensified and spread, and especially between September 1939 and May 1940, anybody with a brain could see that Switzerland’s neutrality was no guarantee whatsoever and rushed to put their money in New York. That included the Swiss.

CG: In your view, what were the main motivations behind the spread of historic fallacies and misinformation against Switzerland and its people?

AC: Unfortunately, it is too easy to answer this question: The desire for an easy dollar was what triggered the whole affair. And the whole narrative of war profiteering at the expense of the Jews of course found fertile ground and spread all too easily. After all, the Jews were indeed victims of the Nazis, the Nazis did trade gold, and Switzerland had been forced by circumstances to be involved in the trade. Thus, it was easy for the intellectually lazy to cast Switzerland as a willing and eager collaborator. In the absence of knowledge and given a will to believe, the lie spread. However, thankfully, it did not spread beyond the ignorant and the gullible.

CG: Given the fact that there is overwhelming historic evidence to the contrary, why do you think this narrative has survived for so long and continues to be propagated and believed today?

AC: The wealth of several European generations was consumed or destroyed on World War II’s battlefields. Nobody in Europe profited. Everybody lost – including the Swiss, who worked between 1940 and 1943 under Nazi duress to supply industrial and agricultural goods and were never compensated for it. The notion that the Nazis had such a cordial relationship with the Swiss (or anybody else, for that matter) as to make them their partners, is entirely ahistorical and plainly absurd. Even the Allies, who eventually paid their bills to Switzerland for what equipment they were able to get from it during the war, exacted a discount.

And yet, the idea that somebody must have profited, false as it is, has an undeniable, lasting appeal to the ignorant. Switzerland, having endured the pressures during the war and having subsequently thrived economically after its end, despite its size and other challenges, is a great target for this type of narrative for the historically illiterate and the gullible.

CG: An entire generation all over the world has grown up having been taught and believing the propaganda against Switzerland. What is the impact of widespread, twisted and corrupted historical narratives on our society and on future generations? Is there a wider lesson to be learned from this about how we approach and study history to avoid it happening again?

AC: The Swiss case is only among the mildest of cases of historical distortion. As I wrote, “the Swiss make unlikely villains.” Fortunately, the belief in Swiss partnership with the Nazis survives only among the ignorant. Unfortunately, the level of knowledge of history – or indeed of anything – continues to decline. People read less, and hold themselves to fewer and lower intellectual standards. Gullibility and susceptibility to propaganda, docudramas and myths of all kinds is a core feature of our civilizational decline.

If we are to have any chance of recovery at this point, we need to start by reintroducing serious standards in our intellectual pursuits. We need to elevate again the quality of academic work, but also to reinvigorate critical thinking in the individual, to be able to fend off misinformation campaigns and to reject myths and unsubstantiated claims.

Claudio Grass is a passionate advocate of free-market thinking and libertarian philosophy. Following the teachings of the Austrian School of Economics he is convinced that sound money and human freedom are inextricably linked to each other. He is one of the founders of GoldAndLiberty.com.
My articlesMy books
Follow on:TwitterLinkedIN
Previous Quantum says Swiss prosecutors close Angola-related case
Next Switzerland number one for expat pay and stability