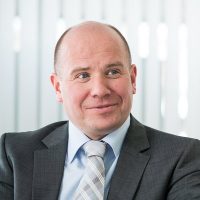 The future director is chief of staff of the mayor of Biel and since 2011 part-time lecturer in the course "Fachausweis als Bernische Gemeindefachfrau / Bernischer Gemeindefachmann" at the Education Center for Business and Services in Bern. Previously, he worked as a section chief and country analyst in the former Asylum Appeals Commission (Special Administrative Court) and was part of the core cadre, which prepared and implemented the transition from the appeal commissions and complaints services to the newly formed Federal Administrative Court.