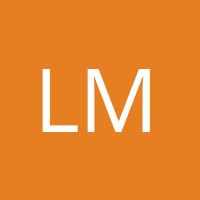 [A selection from Nation, State, and Economy. Editor’s note: When Mises refers to “liberals” or “liberalism” he means the ideology of laissez-faire, sometimes now called “classical liberalism.”]
Marxism sees the coming of socialism as an inescapable necessity. Even if one were willing to grant the correctness of this opinion, one still would by no means be bound to embrace socialism. It may be that despite everything we cannot escape socialism, yet whoever considers it an evil must not wish it onward for that reason and seek to hasten its arrival; on the contrary, he would have the moral duty to do everything to postpone it as long as possible. No person can escape death; yet the recognition of this necessity certainly does not force us to bring about death as

END_OF_DOCUMENT_TOKEN_TO_BE_REPLACED 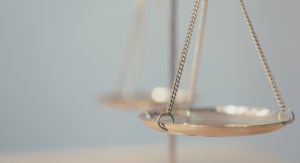 [A Selection from Liberalism: In the Classical Tradition.]
Equality
Nowhere is the difference between the reasoning of the older liberalism and that of neoliberalism clearer and easier to demonstrate than in their treatment of the problem of equality. The liberals of the eighteenth century, guided by the ideas of natural law and of the Enlightenment, demanded for everyone equality of political and civil rights because they assumed that all men are equal. God created all men equal, endowing them with fundamentally the same capabilities and talents, breathing into all of them the breath of His spirit. All distinctions between men are only artificial, the product of social, human — that is to say, transitory — institutions. What is imperishable in man — his spirit —

END_OF_DOCUMENT_TOKEN_TO_BE_REPLACED

Why “Taxing the Rich” Doesn’t Make Us Better Off 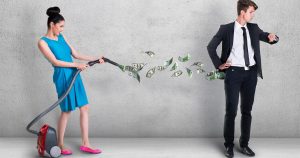 The complete confiscation of all private property is tantamount to the introduction of socialism. Therefore we do not have to deal with it in an analysis of the problems of interventionism. We are concerned here only with the partial confiscation of property. Such confiscation is today attempted primarily by taxation.
The ideological motivations of such action are immaterial. The only question of interest to us is merely: What is sought by these measures and what is actually accomplished?
Let us first consider taxes which directly or indirectly affect incomes only. In all countries there is today a tendency to tax larger incomes at higher rates than smaller incomes. In the case of incomes which exceed a certain amount most countries tax away, even nominally, up to

END_OF_DOCUMENT_TOKEN_TO_BE_REPLACED

Inflation: Its Effects and Failures 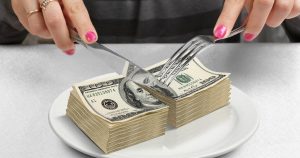 Inflationism is that policy which by increasing the quantity of money or credit seeks to raise money prices and money wages or seeks to counteract a decline of money prices and money wages which threatens as the result of an increase in the supply of consumers’ goods.
In order to understand the economic significance of inflationism we have to refer to a fundamental law of monetary theory. This law says: The service which money renders to the economic community is independent of the amount of money. Whether the absolute amount of money in a closed economic system is large or small does not matter. In the long run the purchasing power of the monetary unit will establish itself at the point at which the demand for money will equal the quantity of money. The fact that

END_OF_DOCUMENT_TOKEN_TO_BE_REPLACED

Mises: To Adopt Keynesian Terminology Is to Legitimize It

Some years ago, there was published a book in the German language with the title L.T.I. These three letters stood for three Latin words, lingua Tertii Imperii, the language of the Third Reich. And the author, a former professor of Romance languages at one of the German universities, described in this book his adventures during the Nazi regime. And his thesis was that all people, without any exception, in Germany of course, were Nazis—not because they had accepted openly and consciously the doctrines of Nazism, but because they had, without a wrong cooperation necessarily, accepted the language, the terminology in which these doctrines were expressed.
And of course one knows very well that these Nazi doctrines had a very long history from Hegel to Heidegger and

END_OF_DOCUMENT_TOKEN_TO_BE_REPLACED 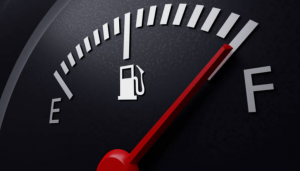 [This article is excerpted from chapter 14 of Human Action.]
It is generally believed that economists, in dealing with the problems of a market economy, are quite unrealistic in assuming that all men are always eager to gain the highest attainable advantage. They construct, it is said, the image of a perfectly selfish and rationalistic being for whom nothing counts but profit. Such a homo economicus may be a likeness of stock jobbers and speculators. But the immense majority are very different. Nothing for the cognition of reality can be learned from the study of the conduct of this delusive image.
It is not necessary to enter again into a refutation of all the confusion, error, and distortion inherent in this contention. The first two parts of this book have

END_OF_DOCUMENT_TOKEN_TO_BE_REPLACED

How Do We Calculate Value? 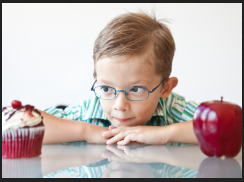 [From Socialism: An Economic and Sociological Analysis, by Ludwig von Mises, pp. 113–22.]
All human action, so far as it is rational, appears as the exchange of one condition for another. Men apply economic goods and personal time and labour in the direction which, under the given circumstances, promises the highest degree of satisfaction, and they forego the satisfaction of lesser needs so as to satisfy the more urgent needs. This is the essence of economic activity — the carrying out of acts of exchange.12
Every man who, in the course of economic activity, chooses between the satisfaction of two needs, only one of which can be satisfied, makes judgments of value. Such judgments concern firstly and directly the satisfactions themselves; it is only from these

END_OF_DOCUMENT_TOKEN_TO_BE_REPLACED

How to Write and Understand History 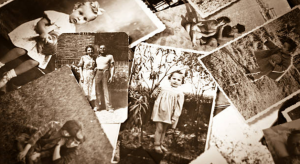 [Adapted from Chapter 2 of Human Action.]
The study of all the data of experience concerning human action is the scope of history. The historian collects and critically sifts all available documents. On the ground of this evidence he approaches his genuine task.
It has been asserted that the task of history is to show how events actually happened, without imposing presuppositions and values (wertfrei, i.e., neutral with regard to all value judgments). The historian’s report should be a faithful image of the past, an intellectual photograph, as it were, giving a complete and unbiased description of all facts. It should reproduce before our intellectual eye the past with all its features.
Now, a real reproduction of the past would require a duplication not humanly

END_OF_DOCUMENT_TOKEN_TO_BE_REPLACED

Economics and the Revolt against Reason 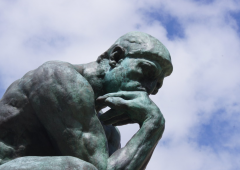 The Revolt Against Reason
It is true that some philosophers were ready to overrate the power of human reason. They believed that man can discover by ratiocination the final causes of cosmic events, the inherent ends the prime mover aims at in creating the universe and determining the course of its evolution. They expatiated on the “Absolute” as if it were their pocket watch. They did not shrink from announcing eternal absolute values and from establishing moral codes unconditionally binding on all men.
Then there was the long line of utopian authors. They drafted schemes for an earthly paradise in which pure reason alone should rule. They failed to realize that what they called absolute reason and manifest truth was the fancy of their own minds. They blithely

END_OF_DOCUMENT_TOKEN_TO_BE_REPLACED

There Is No End to History, No Perfect Existence 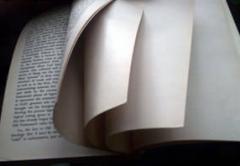 All doctrines that have sought to discover in the course of human history some definite trend in the sequence of changes have disagreed, in reference to the past, with the historically established facts and where they tried to predict the future have been spectacularly proved wrong by later events.
Most of these doctrines were characterized by reference to a state of perfection in human affairs. They placed this perfect state either at the beginning of history or at its end or at both its beginning and its end. Consequently, history appeared in their interpretation as a progressive deterioration or a progressive improvement or as a period of progressive deterioration to be followed by one of progressive improvement. With some of these doctrines the idea of a