The Positive Theory of Credit 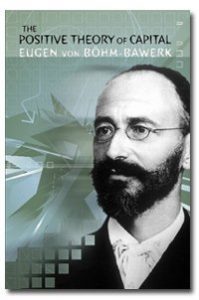 This is the second book in the series of Boehm-Bawerk translations by English economist William Smart, originally published in 1891. It is, as the title suggests, the positive theory of capital.

It begins with full front matter by Smart himself, and then we come to book one: The Nature and Conception of Capital. Six sections follow: Capital as an Instrument of Production, Value, Price, Present and Future, The Source of Interest, The Rate of Interest, and finally a rich and detailed index.

It follows the author’s legendary method of systematically thinking and clear exposition to present what is called today the time-preference theory of interest, that is to say, that the passage of time and the preference for the present over the future are the necessary and sufficient conditions for the emergence of interest. Capital is the correlary to that notion: all production takes place over time.

This is the first time this translation has been in print in longer than half a century.