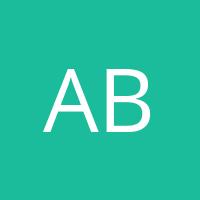 by
Alexandre Barker
My articles My books
Follow on:
Summary:
When Hubertus Bessau was 16, he knew exactly what he wanted to do – or rather, he knew exactly what he did not want to do. He did not want to work for a large company where it would be hard for him to have any impact on what happened. His ambition was to find a career that he would enjoy and where he could make a difference.He was already earning his own pocket money by designing websites for friends of his parents rather than taking casual jobs like working in a bar as friends did. When he left school he still did not know what career to choose, and decided to study business administration at the University of Passau in southern Germany, which he hoped might open opportunities that would interest him.When he began his studies, however, he felt that his course involved too much theory and

He was already earning his own pocket money by designing websites for friends of his parents rather than taking casual jobs like working in a bar as friends did. When he left school he still did not know what career to choose, and decided to study business administration at the University of Passau in southern Germany, which he hoped might open opportunities that would interest him.

When he began his studies, however, he felt that his course involved too much theory and not enough practice, a view shared by fellow student Philipp Kraiss. At the end of the first semester, they decided to do something practical by creating Germany’s first fully automated video rental service. They intended to design the equipment, but discovered that an Italian company had already done so. They offered to launch a German operation for the company, and it gave them the go-ahead to open its first branch in Germany.

‘It opened at the end of 2002, and we learnt a lot more from running it than we had at the university. I also realised that Philipp was a natural partner for me, because he compensated for my weaknesses and I could add some of my strengths to his. After a year and a half, we sold the business and went to study in Budapest – always discussing the next start-up we could run together.’

The two had a third friend from university called Max Wittrock, and when the three went for a swim in a lake near Passau, they heard an unimpressive radio advertisement for a brand of muesli. ‘We thought we could do the advertising better, but when shopping at a supermarket on the way home we couldn’t find a brand that any of us liked. So we started thinking about making muesli ourselves with the aim of producing customised mixtures to satisfy every taste.’

Two and a half years later, the three co-founders launched mymuesli, which allows consumers to create their favourite mueslis online by selecting from 80 organic ingredients with no artificial additives. In theory, this could create 566 quadrillion different combinations, so the company uses automated production facilities in their Passau factory to mix them and ship them to customers’ homes.

‘We had read many books and articles about innovation and mass customisation, but the concept had never been used before in the fast-moving consumer goods (FMCG) sector. Yet mixing muesli is simple, and we created a new category of FMCG products by helping consumers to choose their favourite ingredients online and then using our expensive machinery to mix and package them. With no competition when we launched in 2007, we enjoyed a 100 per cent market share at the start!’

The next big step came after the co-founders realised that many customers needed pre-mixes rather than their own customised muesli – for sporting purposes, for example, because of allergies or to follow a diet. The company also realised that it had a lot of data about what customers liked in their muesli, and used it with the help of nutritionists to create more than 50 pre-mixes that would be attractive to people with special needs. 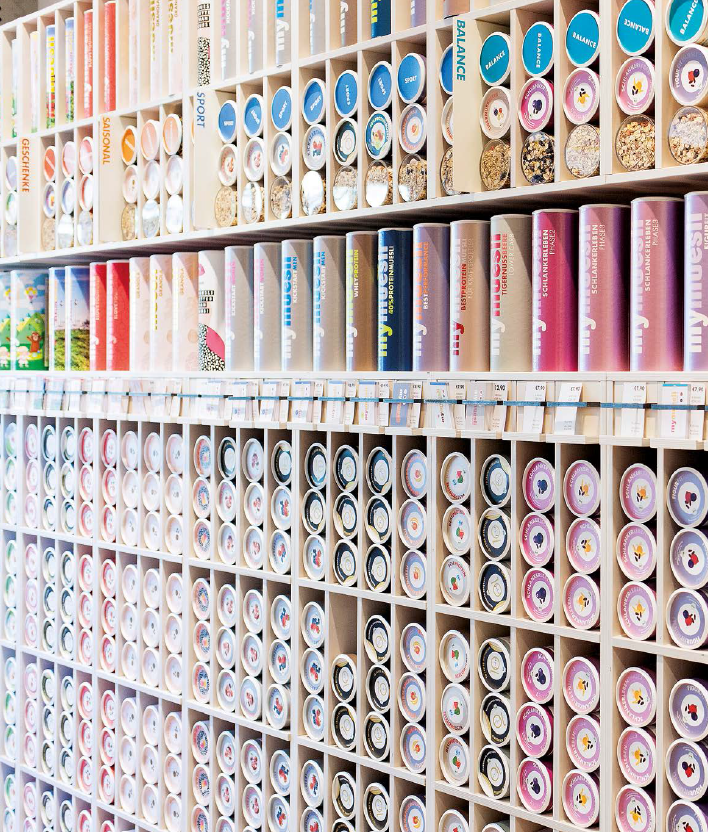 ‘We then went partially offline at a time when many retailers were going online, because our customers wanted to try the pre-mixed mueslis before buying. Our first store was in Passau which was unexpectedly profitable, as was our second much bigger store in Munich. Today, we have around 50 stores, and we have since started to sell through supermarkets and canteens.’

Until recently, mymuesli had operated only in the German-speaking world, which saved money on language complications and avoided the need for costly marketing –word of mouth had fuelled growth from the start. In fact, mymuesli had started with EUR3,500 of their savings, which included a big portion of the proceeds of the sale of the video store by Philipp and me. It financed itself for the next eight and a half years with its cashflow.

Opening stores had been financed by bank loans, but when mymuesli decided to internationalise by expanding into the Netherlands, Sweden and the UK, it needed to raise new capital. The co-founders were growing older and starting families, so they wanted to find less risky sources of finance to fund further expansion.

‘We looked for the right partner for two years, and found Genui, a Hamburg-based private investment firm, which was itself a start-up. It wanted to work with entrepreneurs, sharing their expertise with them and taking a long-term view of their investments. Also, their values were similar to ours, and it has worked out very well.’

One other more recent business development is product diversification. In addition to its cereals, mymuesli has launched the Tree of Tea organic brand of high-quality cut leaves, which has become Germany’s best selling online tea brand. It has also introduced Nilk, a plant-based ‘no milk’ product that has proved attractive to consumers wanting a vegan dairy alternative.

Hubertus Bessau admits that when the co-founders started out, they had no idea about what they were doing. Two of them had studied business administration and the third law, and they had found themselves struggling with all the challenges of producing food in Germany, e-commerce and logistics.

‘Everything was new, and I always say we would never have started it if we’d known what the challenges were – we hardly slept for the first two years! We also underestimated the difficulties of employing people, a factor often neglected in business education. We assumed that other people were like us, but we learnt that it takes time to recruit the right people and to create a culture where they can perform well and enjoy their work.’

In fact, it is that sense of enjoyment in working for mymuesli that he and his two partners – who are also still involved full-time – want to protect. ‘In the not-so-distant future, much more work will be done by machinery or artificial intelligence and money may no longer drive people to work for companies. But we will still need employees to work in our business, and we believe that they are more likely to do so if they enjoy the work. ‘When we set up mymuesli, we did it mostly for ourselves to find the perfect product and the perfect set-up for us to work in. We have expanded into new products and become a multi-channel business, but it is important for us that our organisation is still one we like working in – and hopefully are not alone in that.’

My articlesMy books
Follow on:
Previous Germany is stagnating
Next UK Politicians remain stuck in the mire