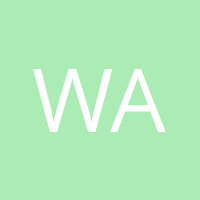 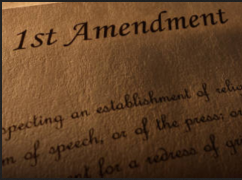 Princeton University has made it official: Woodrow Wilson’s name no longer will have any place on campus. The former president, or at least his memory, now is part of cancel culture, which is sweeping the nation. The Woodrow Wilson School of Public and International Affairs will replace the former president’s name with “Princeton,” and Wilson College now will be called First College.
This hardly is surprising but in many ways discouraging, but not for reasons that many people might assume. Wilson did, after all, leave a sorry legacy of Jim Crow racial segregation and actively sought to damage if not destroy race relations in the United States, so the drive to remove his name is not a surprise given the wave of renaming and destruction of statues and monuments

END_OF_DOCUMENT_TOKEN_TO_BE_REPLACED

When US attorney general William Barr recently announced that the Department of Justice was reversing course and dropping all charges against former Trump adviser Michael Flynn, the response from Democrats, the mainstream news media, and Never-Trump Republicans such as David French was thermonuclear, to put it mildly. The New York Times, which many times has editorialized against prosecutorial tactics that drive people to plead guilty instead of going to trial, reminded its readers that Flynn had twice pled guilty, which to the editors constituted absolute proof of his guilt.
The NYT went on to editorialize elsewhere that Barr had “politicized” the DOJ and was using his powers to pervert justice. On the airwaves, NBC News purposely truncated a Barr quote in order

END_OF_DOCUMENT_TOKEN_TO_BE_REPLACED

It has been a long time since I read anything by Paul Krugman, and seeing his most recent column simply reminds me why I’ve not missed anything. As both an extreme Keynesian and political partisan, he long ago abandoned economic analysis for something economists should recognize as nothing less than what Mises called metaphysics.
Nonetheless, my curiosity got the best of me when he wrote that reopening the economy and allowing people to go to work almost surely will cause a depression. He writes:
Last week the Bureau of Labor Statistics officially validated what we already knew: Just a few months into the Covid-19 crisis, America already has a Great Depression level of unemployment. But that’s not the same thing as saying that we’re in a depression. We won’t