by
Marc Chandler
My articles My siteMy booksAbout me
Follow on:TwitterLinkedIN
Seeking Alpha
Summary:
Swiss Franc The Euro has risen by 0.08% to 1.0601 EUR/CHF and USD/CHF, May 19(see more posts on EUR/CHF, USD/CHF, ) Source: markets.ft.com - Click to enlarge FX Rates Overview: Hopes for a vaccine and a German-French proposal to break the logjam at the EU for a joint recovery effort helped propel equities higher yesterday. There was strong follow-through in the Asia Pacific region, where most markets advanced by more than 1% today. However,  the bloom came off the rose, so to speak, in Europe. After a higher opening, markets reversed lower, and the Dow Jones Stoxx 600 is off about 0.75% in late morning turnover. All the major sectors are lower, led by utilities and industrials. The US 10-year yield closed yesterday at 72 bp, its highest in a month, and sent

China is adding pressure on Australia. Even though Beijing has not formally linked its actions against Australian barley and beef as retaliation for its calls for an investigation into Covid-19 and the wet markets, there is little doubt about the subtext. China is threatening to widen the trade dispute, and reports suggest it could extend to other products, such as wine, seafood, and oatmeal. On the other hand, Australia is the largest producer of iron ore, and Chinese demand has lifted prices to eight-month highs. Brazil, the second-largest producer, is being hobbled by a surge in virus cases and is now the world’s third-largest hotspot. Still, China’s apparent willingness to disrupt trade, as it has with Canada over Huawei, is unsettling.

The dollar has been confined to about a 30-pip range against the yen below JPY107.60. For the sixth session, it has been limited to the range set on May 11 (~JPY106.40-JPY107.75). There are options for $1.5 bln that expire today between JPY107.65 and JPY107.75 and a $640 mln option at JPY107.35 that will also be cut today. Just when the Australian dollar looked to be (finally) rolling over, with its first close below the 20-day moving average in a month before the weekend, it jumped up yesterday, and the follow-through buying today is testing recent highs.  The late April high was set near $0.6570, and today’s high is just below. The intraday technicals suggest consolidation is likely. The PBOC set the dollar’s reference rate a little higher than the bank models suggested. The dollar remained above CNY7.10 for the second session, which had been seen as the upper end of the acceptable range. We had thought that ahead of the National’s People Congress later this week, officials would have wanted a more stable yuan exchange rate. Meanwhile, tomorrow, the Loan Prime Rate is set, and more than 75% in a Reuters poll expect the one and five-year rate to be unchanged at 3.85% and 4.65%, respectively.

The German ZEW survey was mixed. The current assessment deteriorated to a new low of -93.5 (from -91.5). However, the expectations component soared to 51.0 from 28.2. This is its highest level in five years. The IFO survey and the PMI, both due later this week, are seen as more important soft economic reports.

The euro is extending yesterday’s rally, which was the largest in a month, and the first push above $1.09 since May 4. The high from May 1, when Europe was on holiday, was near $1.1020, and that area is the next target, and the 200-day moving average is found there as well. The euro has not traded above it since late March. The intraday technical readings, however, are stretched, and initial support is seen near $1.0920. Sterling recovered smartly yesterday. After falling to almost $1.2075, its lowest level since late March, sterling rebounded to nearly $1.2230 yesterday and reached almost $1.2270 today. The gain is notable too because another MPC member (Tenreyro) weighed on on the negative interest rate debate and claimed it was a powerful transmission mechanism with a positive impact on some EU countries. An option for nearly GBP430 mln is set at $1.23 rolls off today. As is the case with the euro, sterling’s gains through the European morning have stretched the intraday technical readings, cautioning against chasing it immediately higher.

An experimental vaccine by Moderno, the US biotech firm, showed some promise in a small first study to spur an immune system response to the novel coronavirus.  The innovation here appears to be stimulating one’s own body to generate the spike protein that, like Covid-19, which ideally triggers the creation of antibodies. This helped lift sentiment. On the other hand, President Trump has given the World Health Organization 30-day for “major substantive improvements,” or America’s temporary funding freeze will become permanent.

NASDAQ reportedly will tighten its rules for IPOs that will make it more difficult for small Chinese companies to list. The listing of many Chinese companies on US exchanges has come under greater scrutiny recently. While the need for reform is clear, in the current setting, it is seen as part of the larger US campaign against China.

Canada and Mexico’s economic calendars are light today. The US dollar tested this month’s low near CAD1.3900 earlier day to extend yesterday’s loss that began from a little above CAD1.4100. The downside momentum appears to be stalling, and initial resistance is seen in the CAD1.3970-CAD1.4000 area. The greenback is also consolidating yesterday’s losses against the Mexican peso. Yesterday, it had fallen to its lowest level since mid-April near MXN23.45. The next support area is seen in the MXN23.25-MXN23.35 band. 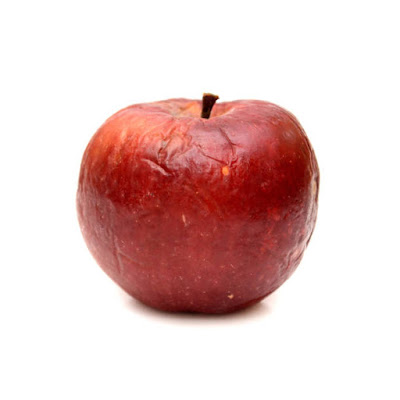 Overview: Despite better than expected Chinese data, and last week’s investor-friendly developments, Asia Pacific equities were mixed. Australia led the advancing bourses with a 1.6% gain, its largest for the year despite the government revising down growth and wages. China, Taiwan, and Indian markets also moved higher.

He has been covering the global capital markets in one fashion or another for more than 30 years, working at economic consulting firms and global investment banks. After 14 years as the global head of currency strategy for Brown Brothers Harriman, Chandler joined Bannockburn Global Forex, as a managing partner and chief markets strategist as of October 1, 2018.
My articlesMy siteMy booksAbout me
Follow on:TwitterLinkedINSeeking Alpha
Previous Why is the Pound to Euro Rate Falling? Will it Continue?
Next The ECB Has Been Hiding Risk. They Won’t Be Able to Do It Much Longer.