Yes, the Dollar is Above CNY7.0, but No, the Sky is Not Falling

by
Marc Chandler
My articles My siteMy booksAbout me
Follow on:TwitterLinkedIN
Seeking Alpha
Summary:
The world’s two great powers are at loggerheads. Chinese nationalism meet your sister, US nationalism. Import substitution strategy of Made in China 2025 meet your cousin Make America Great Again. Paradoxically, or dialectically, the similarities are producing divergent interests that extend well beyond economics and trade policy. Consider that the intermediate-range nuclear missile treaty between the US and Russia did not prevent China from building up such weapons. Now that the US-Russia has been rescinded, the US may deploy such missiles in Asia, or use it as a chip to see if a three-way agreement can be reached. For now, economics and finance are front and center. While we have argued that the US and China have

Coronavirus: the fallibility of fatality rates 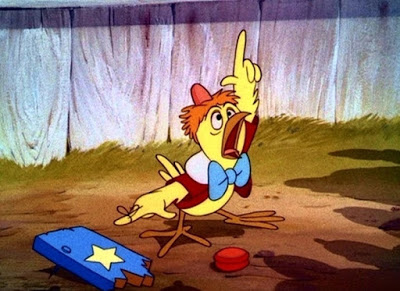 The world’s two great powers are at loggerheads. Chinese nationalism meet your sister, US nationalism. Import substitution strategy of Made in China 2025 meet your cousin Make America Great Again.

Paradoxically, or dialectically, the similarities are producing divergent interests that extend well beyond economics and trade policy. Consider that the intermediate-range nuclear missile treaty between the US and Russia did not prevent China from building up such weapons. Now that the US-Russia has been rescinded, the US may deploy such missiles in Asia, or use it as a chip to see if a three-way agreement can be reached.

For now, economics and finance are front and center. While we have argued that the US and China have entered a new Cold War, much of the recent commentary seems needlessly alarmist. The second tariff truce has not held, and the dollar rose above CNY7.0 for the first in more than a decade. The US has now formally charged China with currency manipulation, which has not been done since Clinton did in 1994.

It is serious, but no, the sky is not falling. One respected observer suggested that allowing the dollar to rise above CNY7.0 is parallel to the end of Bretton Woods. This is hyperbole. The US unilaterally ended its commitment to convert dollars held by central banks to gold. There was a brief attempt to re-peg a depreciated dollar to gold (Smithsonian Agreement), but this failed, and the era of floating (fiat) currencies was ushered in with great fanfare. The collapse of Bretton Woods was a systemic challenge and the fiscal discipline that the fixed exchange rates imposed. The yuan’s move has none of the implications.  It is psychological, not systemic or material.

Many observers talk about the fall of the yuan. Let’s look closer at the decline. One report cited its depreciation since April, which is about 5.6%. But April is cherry-picking. The yuan was near the highs for the year (the last time the dollar was below CNY6.70). The decline that has the chins wagging is less than 2.5% year-to-date. Given the slowdown in the Chinese economy, even separate from the trade conflict, and the challenges of its banking system, and the broad dollar’s strength, the yuan has fared better than would have been expected from a floating currency. It has performed better this year than the Scandis, Antipodeans, and sterling, among the majors, and most of the large emerging market currencies except the Russian rouble and the Mexican peso.

The main reason the yuan has held up as well as it has is that the PBOC has encouraged it. Officials have a number of tools at their disposal, including setting the reference rate, liquidity provisions onshore and offshore, and moral suasion. Previously, we thought we understood officials to say they preferred the dollar to stay between CNY6.70 and CNY7.0. More recently, the governor of the PBOC signaled that CNY7.0 is significant only as a possible inflection point not in and of itself. This gave the business and other foreign officials a clear indication that the CNY7.0 was an immutable cap that China would defend indefinitely.

Officials did not lean so hard against the wind at the start of the week. Pressure on the yuan had been building, and seemingly unexpected end to the tariff truce increased the pressure even more. If the currency truly floated, we suspect a large loss would have been recorded. Consider that the yuan fell about 1.5% on Monday, after having eased 0.6% before the weekend. Many calculations of how much currency depreciation is needed to offset the tariffs are naive. They typically assume that China’s exports are generated from yuan-incurred costs. While it varies from industry-to-industry and product-to-product, estimates suggest that 60%-65% of the cost of a Chines export are in other currencies. Raw material, parts, and semi-finished goods imports from South America and Asia are mostly priced and invoiced in US dollars.

The implication is that the small depreciation of the yuan is not designed to offset the US-imposed tariffs and sanctions. A much larger depreciation is needed and not measured from extremes. If offsetting the tariffs were a policy goal, China has not done a good job. But that does not appear to be the objective. Officials seem to want Chinese firms to develop hedging strategies that will serve them well over the long-term, and for companies to move up the value-added chain in their space. Boosting value-added and increasing productivity are the preferred ways to deal with tariffs.

Many observers seem to accept President Trump’s claim that Beijing is waiting for a Democrat to negotiate with the implicit understanding that they will be softer on China. China officials are unlikely to accept’s Trump’s assessment. We had noted that when Trump declared the end of the first tariff truce, Democrat leaders Schumer and Pelosi encouraged the president. This did not go unnoticed.

During the first Cold War, the Democrats were often accused of being soft on Communism, and are positioning to avoid this in the second Cold War. We suggest that on several foreign policy issues, the Trump Administration has struck bipartisan positions. This includes a more confrontational stance against China, denuclearizing North Korea, preventing Iran from acquiring nuclear capability,  wanting China and Russia to stop aiding the Venezuelan government, and pressing NATO members to make good on their commitment on defense spending.

There is much discussion over what happens next. Some have renewed the perennial claim that China could sell its Treasuries. It could, but one of the issues that these accounts typically do not address is what will they buy. China has around $1.1 trillion of US Treasuries. Selling may be tricky, but it is even more difficult to see what the PBOC could do with the funds, without giving up yield, security, and liquidity. If China were to sell its holdings now, given the strong demand for Treasuries, and news that the Federal Reserve will buy $100 bln more than previously projected now that it ended its balance sheet operation two months early, this might be a preferable time for the US.

President Trump has talked the dollar down in an unprecedented fashion. It has not been effective. Foreign officials, like investors, have paid heed to it. Still, the media and some observers play up the possibility of material intervention. This continues to seem highly unlikely and not for ideological reasons or tradition. Gawd no. It is for practical issues that few commentators even address. As with the case of China, selling is the easier part, what to buy is more difficult. I do not recall reading a single argument about intervention that really considered what currency the US would buy for the dollars it would sell? Buy yuan and then Chinese bonds that will fund the Belt Road Initiative and the People’s Liberation Army? Or maybe the old Afghanistan/Iraq switch-a-roo, and intervene by buying euros and yen and paying Germany or Japan to hold on to our money (that is what negative rates means).

Moreover, given the risks that weaponizing the dollar will encourage others to do the same, the chances of success of unilateral intervention do not seem particularly high. The only thing worse than intervention is failed intervention, as the Japanese can attest. It can also be sterilized. Imagine the US sells dollars to buy yuan. If it is successful, the dollar falls, and China buys dollars at a discount, thank you very much. US officials can talk about it all they want, but operational difficulties, including the cooperation and support of the Federal Reserve, make the course fraught with risk, with a questionable probability of success, and a host of unintended (though not all unforeseen) consequences.

There seems to be an undeclared cease-fire. The US cited China as a currency manipulator. China, like many of Trump’s domestic critics, recognized it as primarily empty posturing.  China responded. Tuesday by not setting the reference rate in a way that would further antagonize the situation. A new step on the escalation ladder is possible. The US has slapped new duties on Chinese produced wooden cabinets and vanities on dumping charges. The setting of the reference rate (9:15 pm ET) will continue to be closely watched. Many in the market trying to forecast where the reference rate will set, and Chinese officials are likely aware of expectations so it can fine-tune its signal. The next 10% tariffs go into effect on September 1, and there is no reason to suspect a climb down. To the contrary, there is risk that they are placed higher. China would likely retaliate then, and a tariff on US oil could be under consideration. While there are many moving parts and imponderables, we suspect the dollar may rise toward CNY7.15.

He has been covering the global capital markets in one fashion or another for more than 30 years, working at economic consulting firms and global investment banks. After 14 years as the global head of currency strategy for Brown Brothers Harriman, Chandler joined Bannockburn Global Forex, as a managing partner and chief markets strategist as of October 1, 2018.
My articlesMy siteMy booksAbout me
Follow on:TwitterLinkedINSeeking Alpha
Previous Chinese-owned Swissmetal sold to Swiss investors
Next FX Daily, August 8: PBOC Helps Stabilize CNY, while US Equity Recovery Lifts Sentiment